It has been awhile since I’ve added a M badge to my collection. I was very excited to here late in 2012 that AUTOart had announced a new release of E30 M3 DTM cars with plain body or presentation car as I like to call them to coincide with the release. I collect a lot of presentation cars, maybe its a substitute for no longer collecting livery lines, but for some reason I like to think they could be a possible street car you and I would consider as a daily driver. The following model is available in livery form as well as in presentation form in white and black. 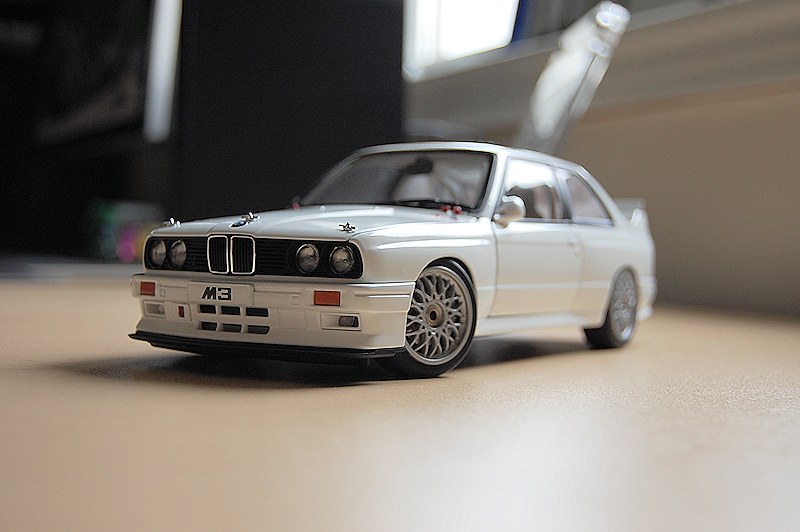 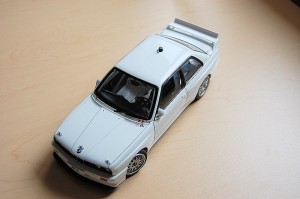 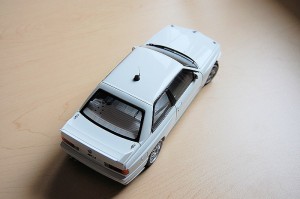 On to the model… Exterior lines of the car are captured well they mimic the 1:1 nicely. The subtle fared fenders of the E30 M3 are one of my favourites of all 3 series M’s. Hochheim wheels, rotors and brake calipers are nicely appointed. One thing you will notice are the hood pins across the front. One would assume the hood is removable, but this is not the case it is actually hinged into place – see photos below. The rear exterior features an adjustable spoiler that is locked into a fixed position. And front and rear BMW emblems are 3D which is a nice touch. 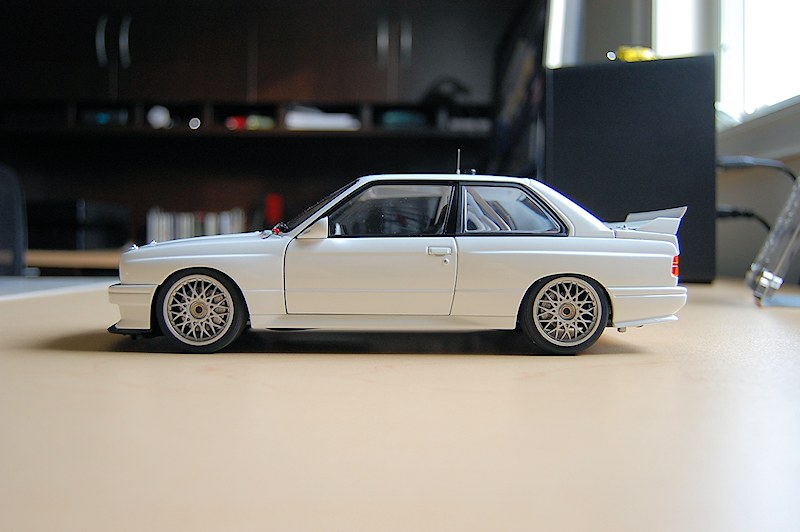 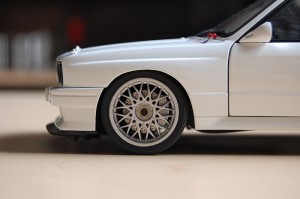 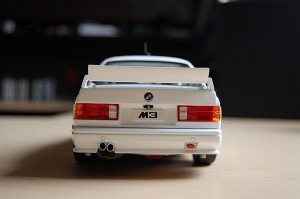 One surprise was the undercarriage of this model it provided more detailed than I anticipated from AUTOart’s entry level line. You will notice some painted bits including exhaust, motor, transmission and suspension components. Well done. 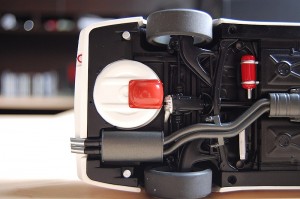 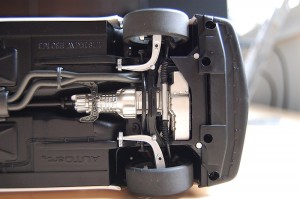 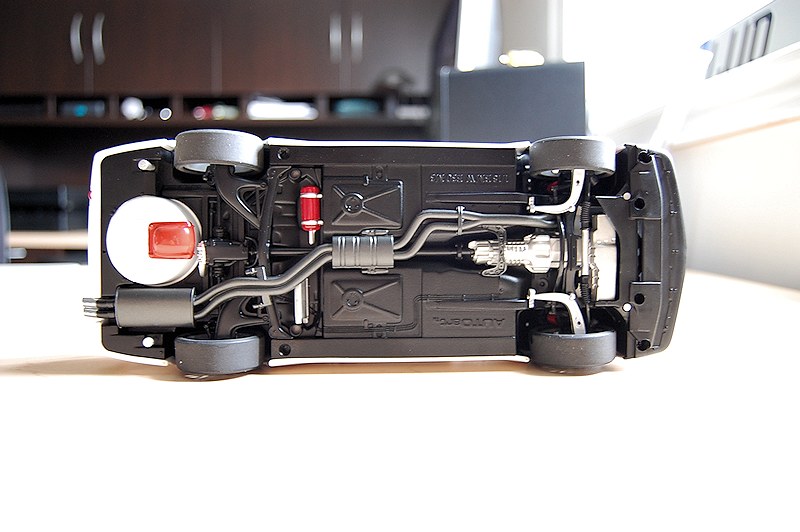 The motor is well appointed too. Very detailed with wires, painted bits, and the “BMW M Power” across the intake is striking as well. As noted earlier you can see the hinge work for the hood operation. It may not be to spec but does functional well. The rear bonnet is detail too with fuel tank and lines typical of AUTOart racing die casts. 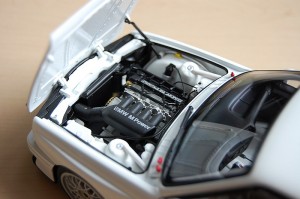 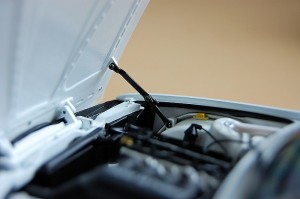 Interior is sparse, but that is expected from a full spec racing car. Seat, gear shifter, dash and roll cage are all well executed. Expose wires and other painted bits add realism to the final product. 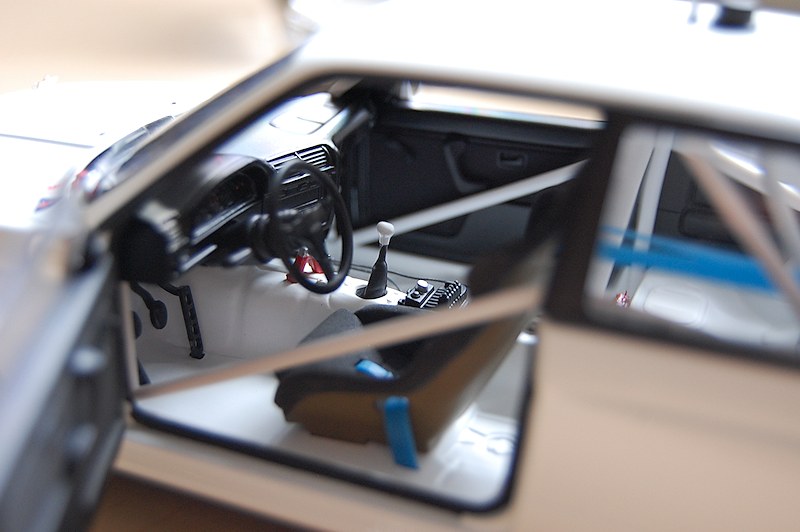 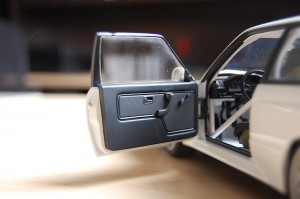 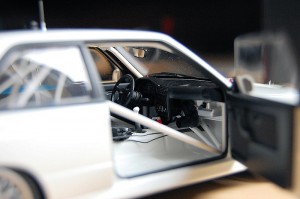 So would I recommend this model, yes I would! I know there are purists that prefer to see no presentation cars or anything outside the livery line, but I for one love them. You then slap on an M3 badge and I’m in love. My car presented zero quality control issues, thank you AUTOart. Here’s hoping for more cars long this theme from AUTOart in the near future. Enjoy the pics! 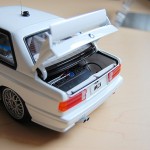 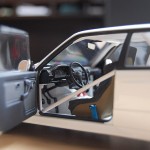 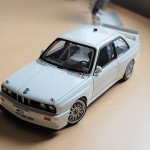 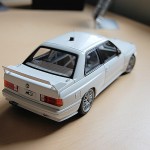 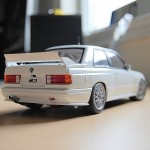 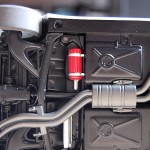