The Maserati MC12 was developed to signal Maserati’s return to racing after 37 years. As per racing rules and guidelines, a road version was produced to homologate the race version. Maserati designed and built the car using the chassis of the Enzo Ferrari. A total of 50 cars were produced over two years at a cost of $800,000CND. The model we have up for review is the 1:18 AUTOart Maserati MC12 in Pearl White/Blue. 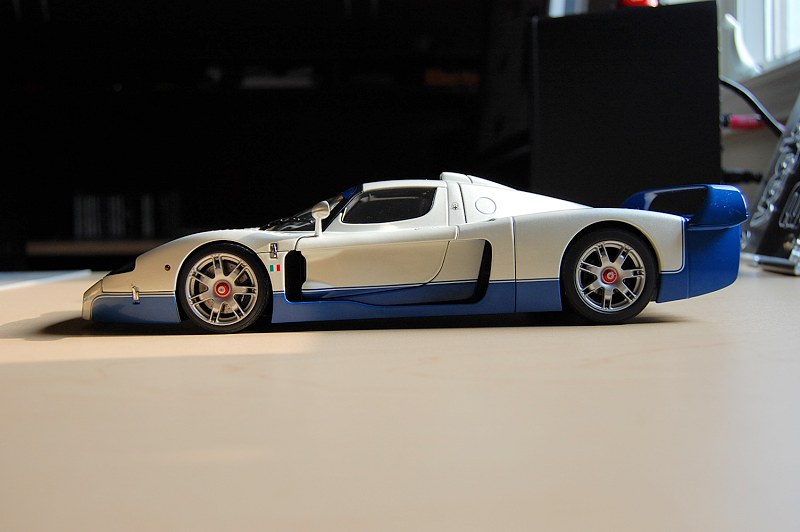 The Maserati MC12 falls under the AUTOart Signature Series, so expectations of a well detailed and executed model were high. At a price point of $329CND, the model is definitely not cheap, and sits at a price point where CMC was a few short years ago. Out of the box, the first thing that struck me was the overall weight of the model, it’s heavy! The model ships with the front hood and removable top in the upper section of the styrofoam shell. Both pieces are diecast. 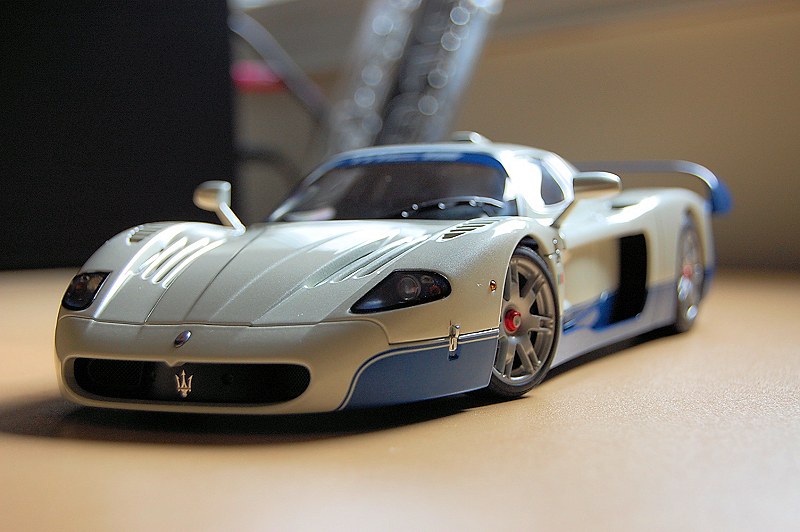 As for scale replicas of the Maserati MC12, the only comparison is the older Hot Wheels Elite piece, which I also owned and sold, once AUTOart made their announcement. Some of the shortcomings of the Hot Wheels Elite model were lack of opening bits to front and rear, wrong size wheels, and lack of a removable top (the exception from HWE was a second model with removable top from their entry level series). All these shortcomings were addressed with the latest AUTOart Maserati MC12. 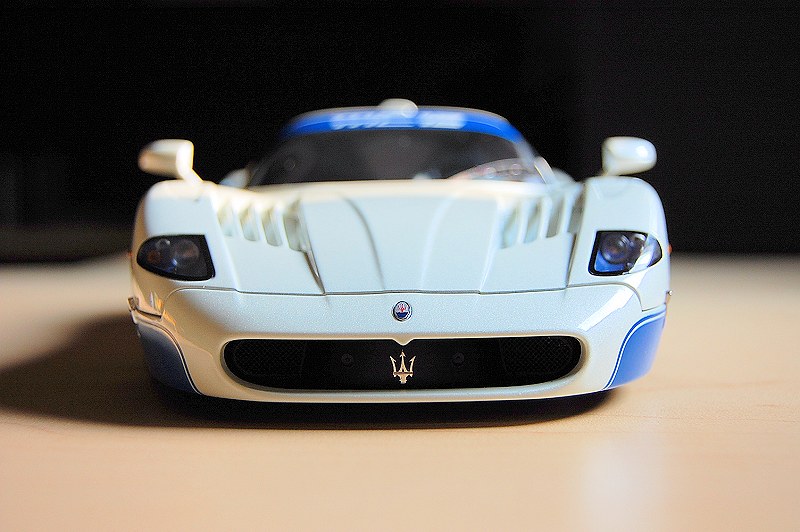 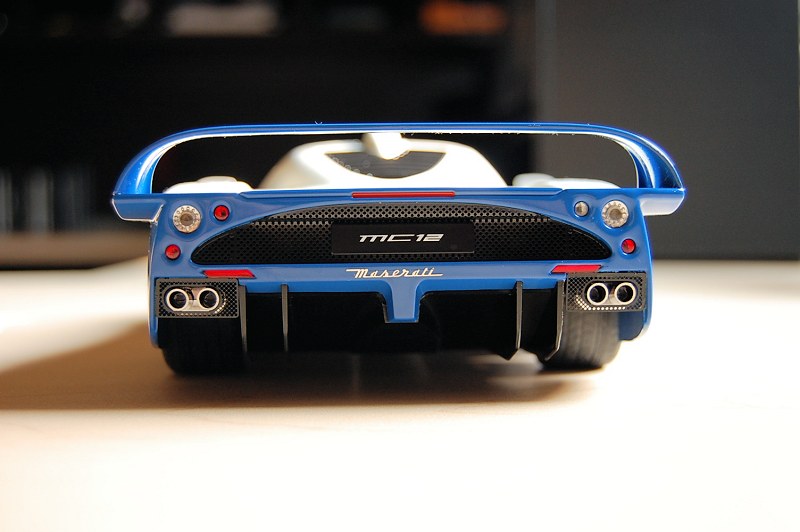 The marriage of the Pearl White and Blue exterior is nicely done. Paint is vivid and consistent throughout, I found no flaws in my model. Overall, panel gaps and shutlines are very good. I was especially impressed with the model where the front hatch meets the doors, based on the engineering here fit and finish is very good. The doors are spring loaded (be careful when closing!). 3D logos adorn the exterior, front and back. Quality head and taillights, and photo-etched pieces are found throughout. The model has some serious stage presence for sure. 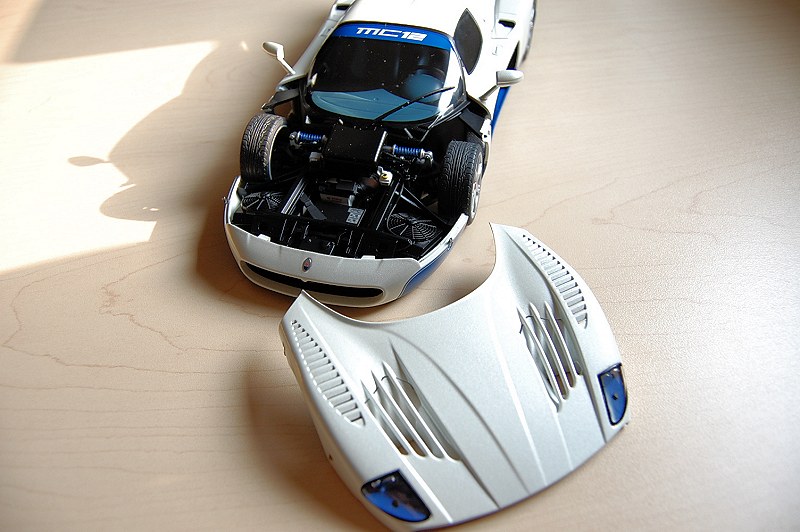 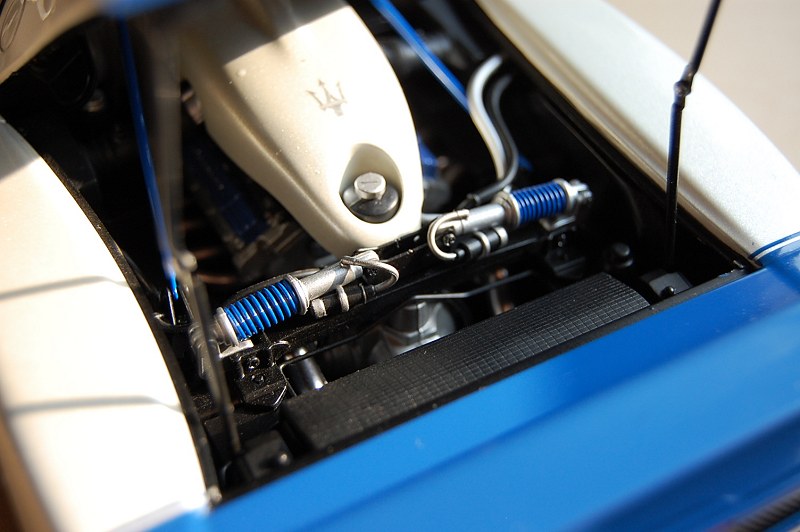 Access to the front suspension bits is done via a removable hood. Once removed, a wealth of detail is available for the senses. To be honest I was expecting more in terms of quality of materials. Yes, the detail is here, but visually it looks cheap. Maybe I’m spoiled based on past Pagani pieces. The same can be said for the rear motor compartment. Yes, there is much to see, but the overall finish is too “plastic”, it lacks the realism one would expect from a $300 plus model. I do like the added hood supports right and left, operation here was flawless. 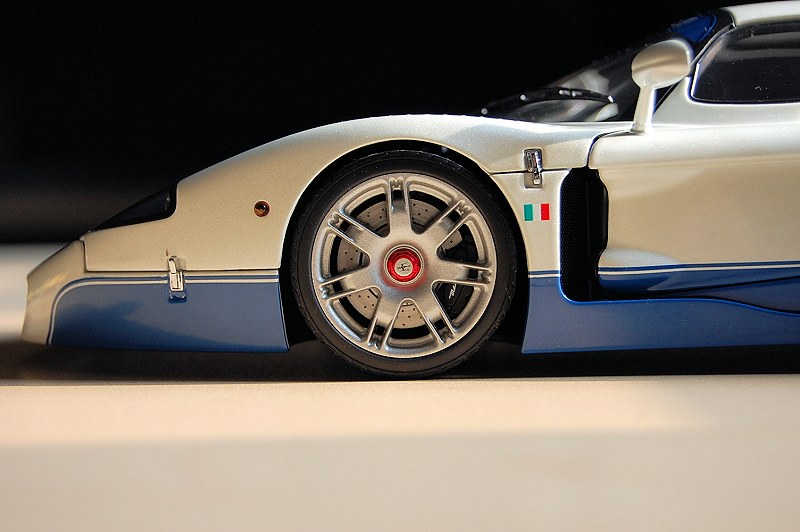 The wheels are once again AUTOart at their best. As with the issues I pointed out with the older Hot Wheels Elite replica, AUTOart got the size and offset just right. The wheels and braking components are all quality and it shows. 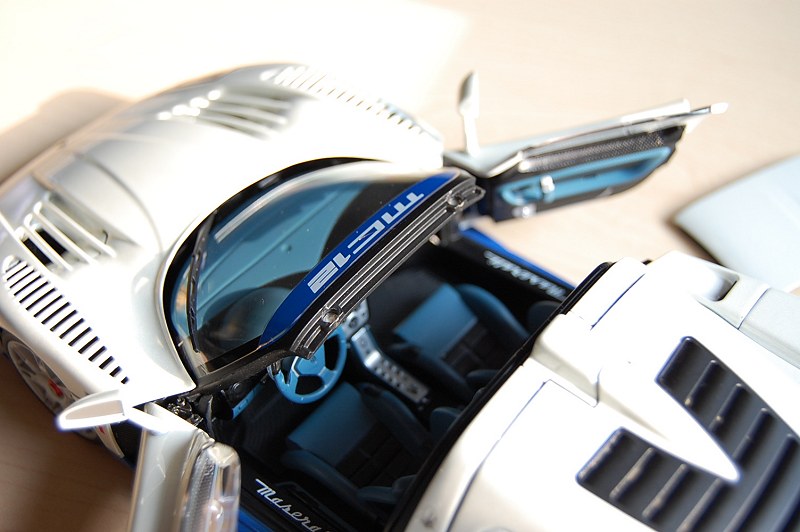 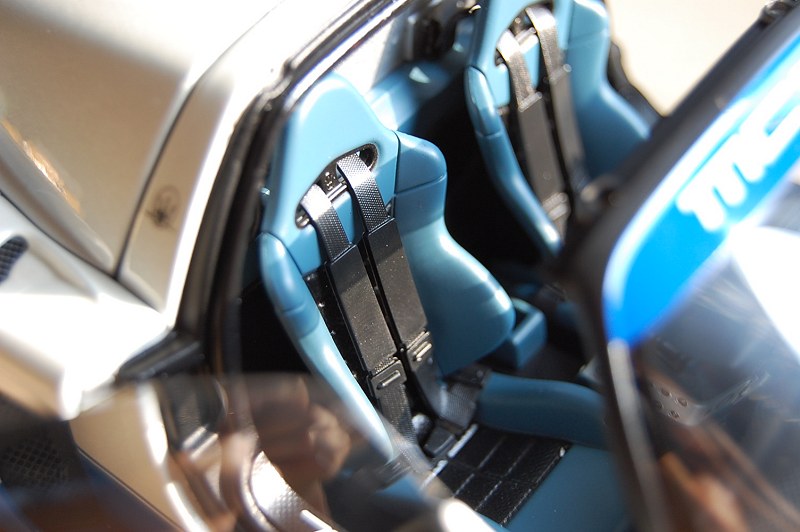 Inside, the model is quite sparse and true to the era. Blue and black are a fine fit; AUTOart definitely hit the mark replicating the interior. The Maserati signature even adorns the lower runners on each side of the doors. The roof is removable on the AUTOart model. Operation is flawless in both directions. I do recommend you keep the doors open when installing for ease. 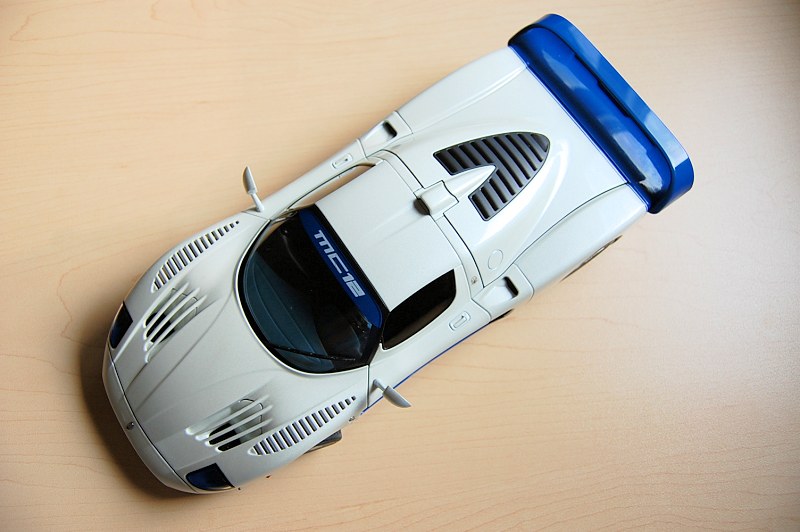 Supercars are a staple in my collection and not having a Maserati MC12 in my assortment would be ungodly, for lack of a better word. That being said, with a price point of $329CND, the expectation is that the model should wow you on all levels, and I’m afraid the Maserati MC12 does not. The exterior is a joy, just wow, but the model is lacking the “realism” factor. I know in the end models are shelf pieces, but knowing what can be seen under the bonnet is part of the excitement too. I’ll let you decide if you want to add one. Enjoy the pics! 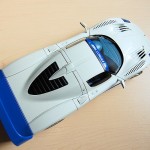 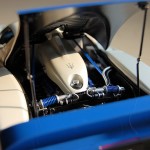 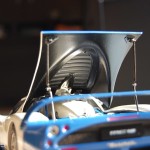 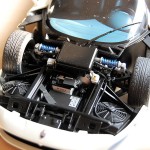 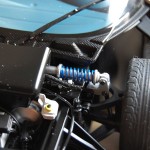 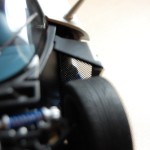 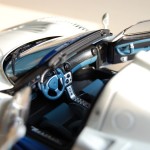 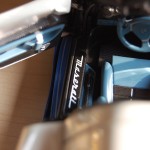 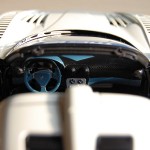 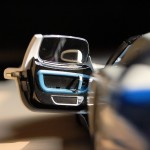 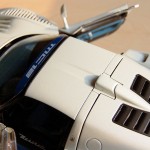 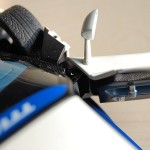 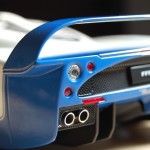 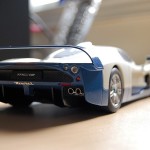 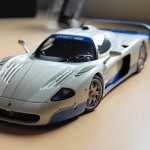 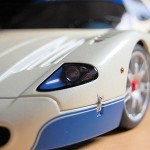 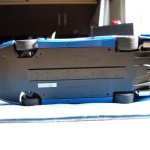 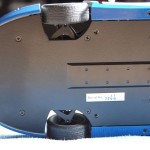 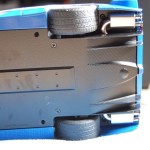