I was on a diecast hiatus when the original release of the AUTOart Mercedes-Benz 190E 2.5 16v EVO 2 was made available, by the time I got back into the hobby the model was nowhere to be found, and prices had sky-rocketed beyond what I was ready to pay for one.  I’ve been tempted over the years to purchase one but common sense prevailed.  Then about a year or so ago on a recommendation from a friend he suggested I email AUTOart directly a see if they could find this Mercedes-Benz 190E 2.5 16v EVO 2 in one of there worldwide distributors warehouses, as he did six months prior and was successful in finding one.  I did just that and within days I received a response from AUTOart telling me no luck.  Some good did come from the email, AUTOart said to sit tight the model I was looking for would be re-released in good time, fast forward to today; I know present to you a holy grail I long-sought-after. 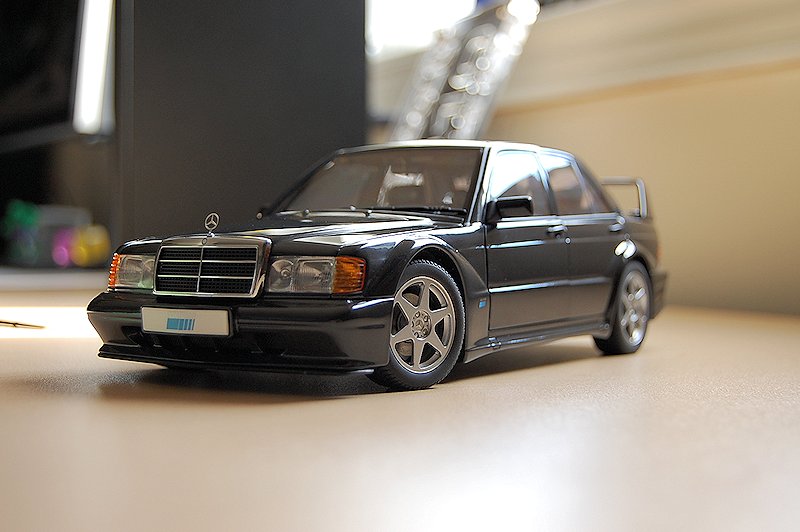 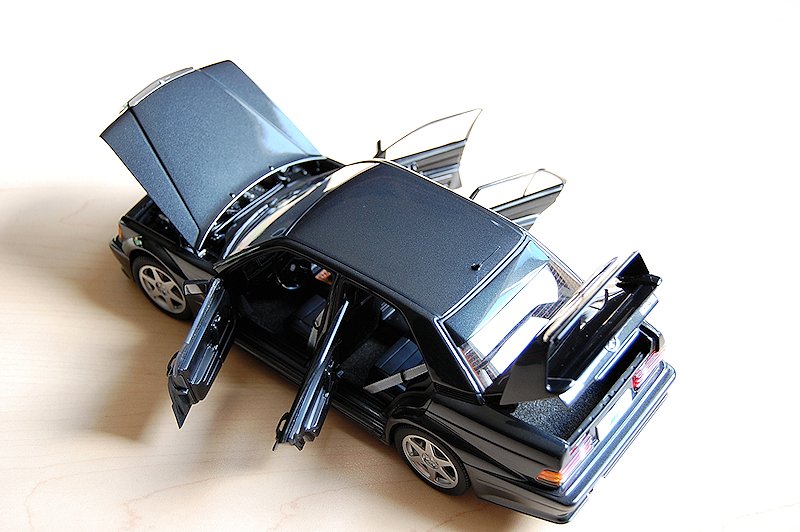 First, let me preface this review as follows, I never held one in hand or read any detailed reviews on the original release of the Mercedes-Benz 190E 2.5 16v EVO 2 so I’m not sure what if anything was improved on from the original.  First off I love the look of this era of Mercedes and the lines of the 190 platform.  Add flared fenders, spoilers, splitters, large wheels and I’m sold!  The paint is very nice, metallic fake gives it a rich and classic feel.  Overall AUTOart captures the essence of the car beautifully, but there are areas for improvement. 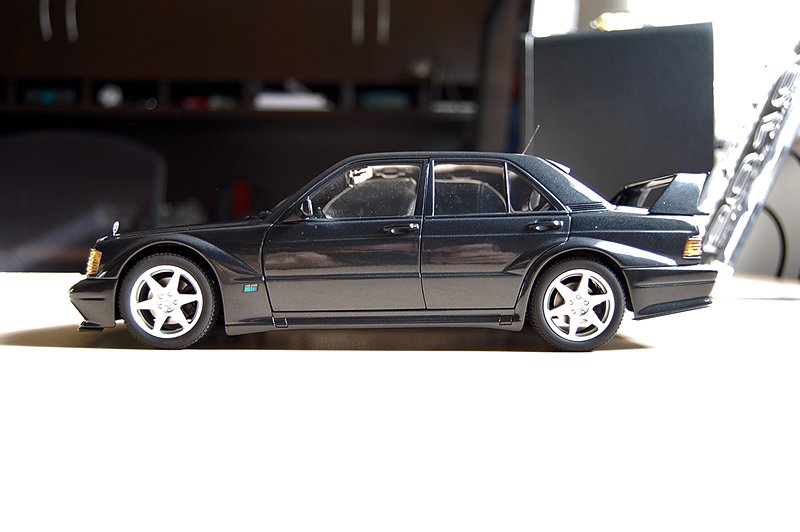 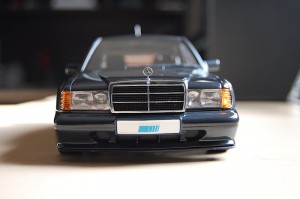 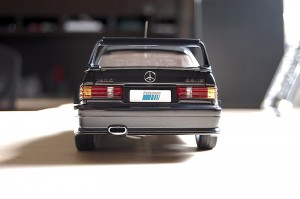 First off ride height in my opinion should be a few millimetres lower. Body lines overall are very good, and panel gaps, for the most part, are fine but there is one glaring issue I’ve seen on more than one model to date.  There is a gap I discovered on the rear passenger door, depending on your viewing angle you can see right into the interior of the car with the door closed.  Not good but again this is the worst issue I can point out on the model.  Kudos to AUTOart on the Mercedes/Evolution badge execution and the level of detail here, check out the hood emblem, side, and rear badges, all nicely executed.  AUTOart even added the keyhole to access the rear compartment, nice! 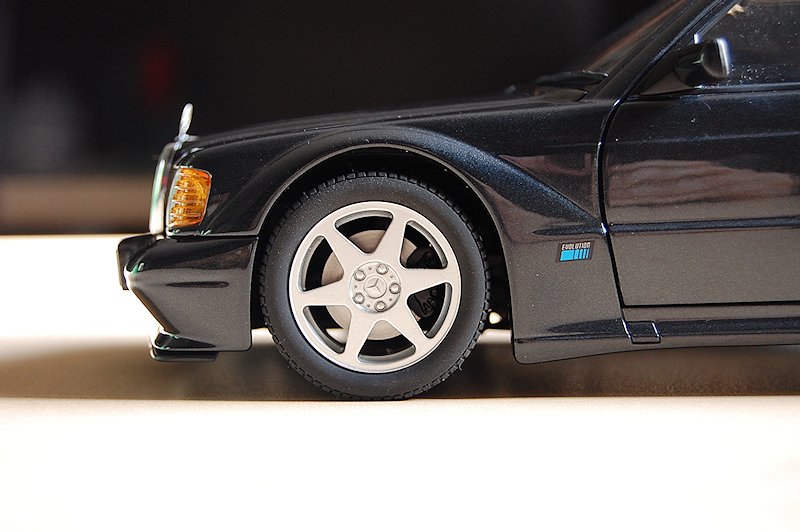 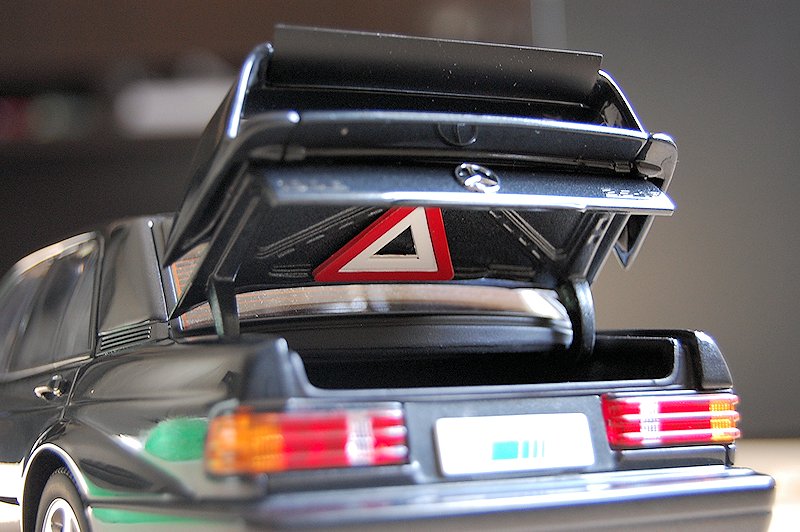 The wheels are executed nicely, but I feel the overall size is slightly off when comparing to the 1:1.  Now I’m not sure if this effect is more pronounced due to the higher than expected ride height, but the photos are here for you to decide.  The rear storage lid is supporting a massive spoiler that is all 190E EVO 2.  I love the added hazard marker as seen in the photo above.  You don’t see this quite often and an appreciated detail especially on German sedans. 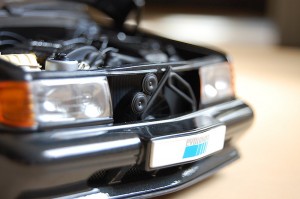 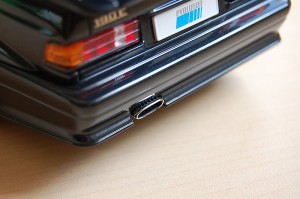 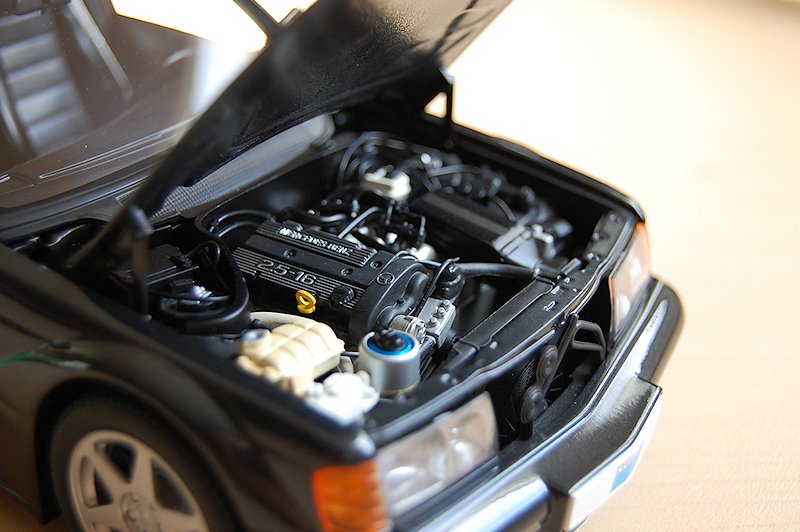 The motor is where the model takes it up a notch or two, full of detail to satisfy all, and notice no spelling issues on the motor as was found on some of the earlier models of the original release.   This is one of the most detailed motors I’ve seen on any model.  Also, notice the hinge work on the hood, has a forward and back motion operation that mimics the real thing, which adds another level of authenticity to the overall execution.  Inside grille work is detailed too; features air horns and highly detail headlights.  Well done AUTOart!  There isn’t much going on underneath the model, but the painted exhaust does flow from front to rear, I do appreciate the added detail on the Evolution exhaust tip – see above photo. 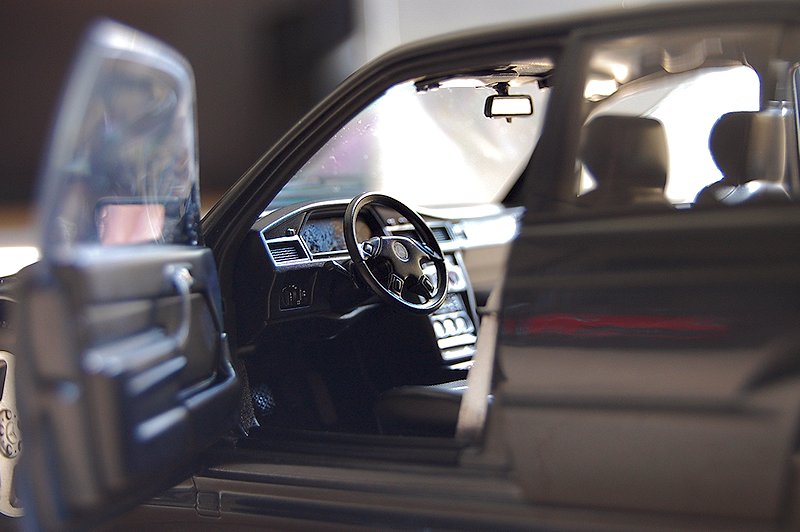 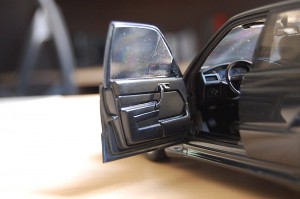 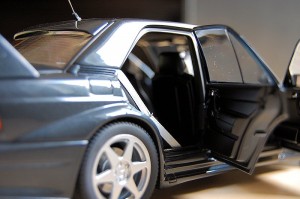 The interior is basically the same as the original release.  From what I gather the addition of the coloured seat belt harness is new.  I do like it but the back seat execution is a little rough, seems it was rushed without much thought.  Carpeting is found through-out and inside the rear trunk too. 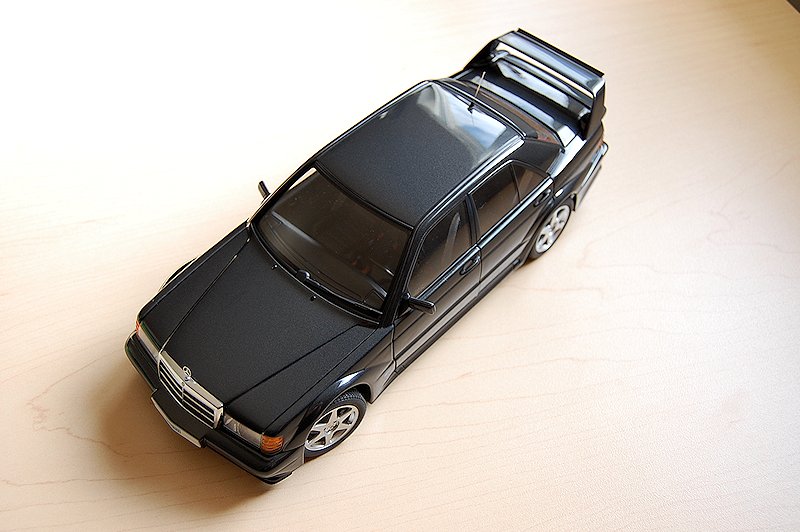 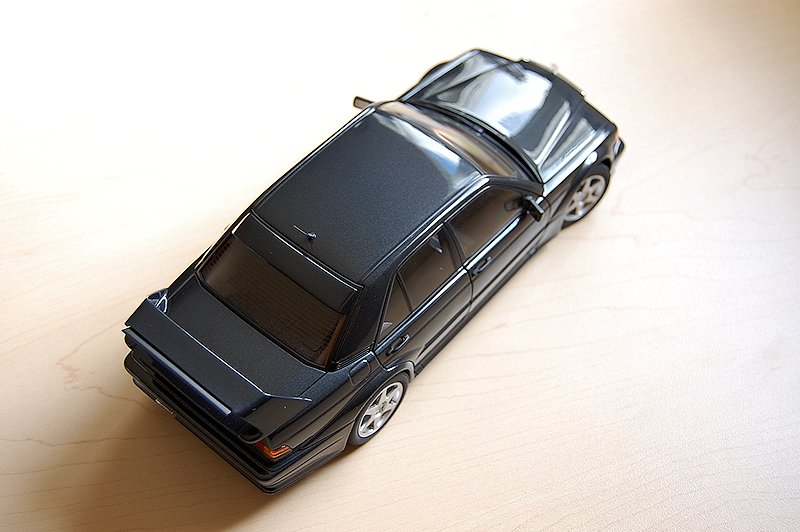 This one is definitely a hit!  I’m a huge German car fan; most of my collection consists of exotics and German sedans from Mercedes-Benz, Audi, Porsche, and BMW.   Thanks to AUTOart for this re-release, and subtle updates that make an awesome total package.  Don’t wait until it’s too late to get one, as you may wait years as I did to finally get to say I got it!  Enjoy the pics! 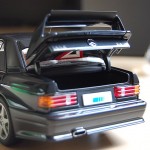 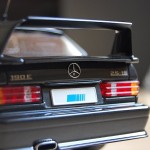 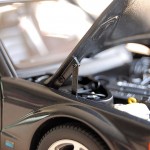 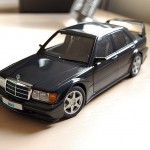 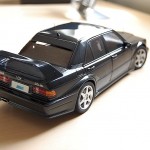 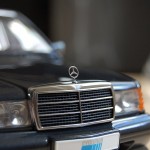 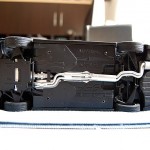 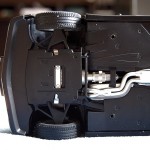 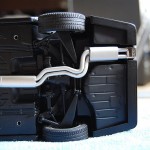 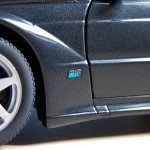 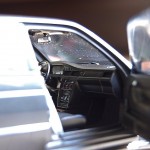