The Porsche brand has a tradition of excellence, and the 997 platform eventually culminated into a beast of a variant – the GT2 RS.  With an additional 90 bhp over its predecessor, the 997 GT2 RS leaves the factory with a whopping 620 bhp, all of which are available at 6500 rpm. Torque from the twin-turbocharged 3.6-liter flat-six rises just slightly from 505 lb-ft to 516.  All this translates to some serious speed on the track.  Nürburgring, for example, was completed in a best time of 7 minutes, 18 seconds, which is just 20 seconds behind the awesome and more expensive Ferrari 599XX.  So does AUTOart do the car justice, let’s find out… 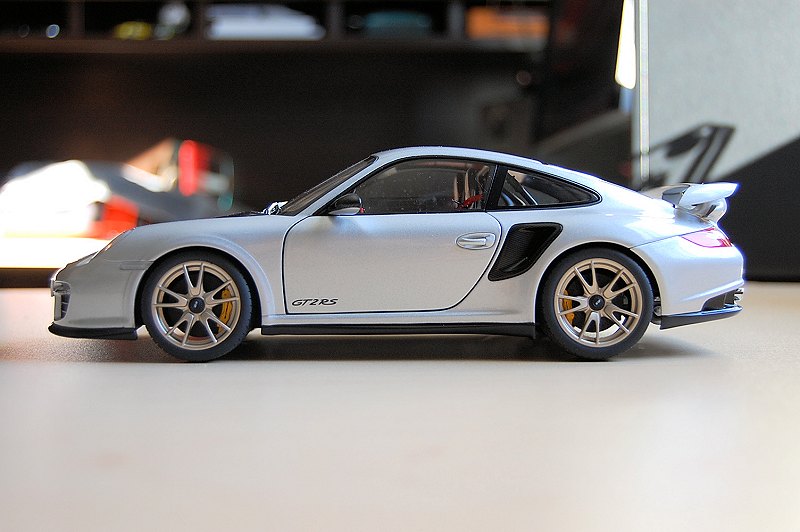 It took me some time to decide on what exterior colour to go with, and I finally went with silver with carbon fiber accents.  The lines for the most part are captured well, panel gaps and shutlines, as usual for an AUTOart replica, are well done.  Paint is smooth and consistent throughout, very rich to the naked eye.  Nice work, AUTOart.  Though for the most part the exterior is good, there are some oversights I’d like to point out.  The most obvious, depending on your viewing angle, is the poor camber on the right rear tire.  This has been a common problem on the 997 platform, and one would hope by now that AUTOart would figure it out and make the correction.  Lazy, or just a cost-cutting measure? You decide. 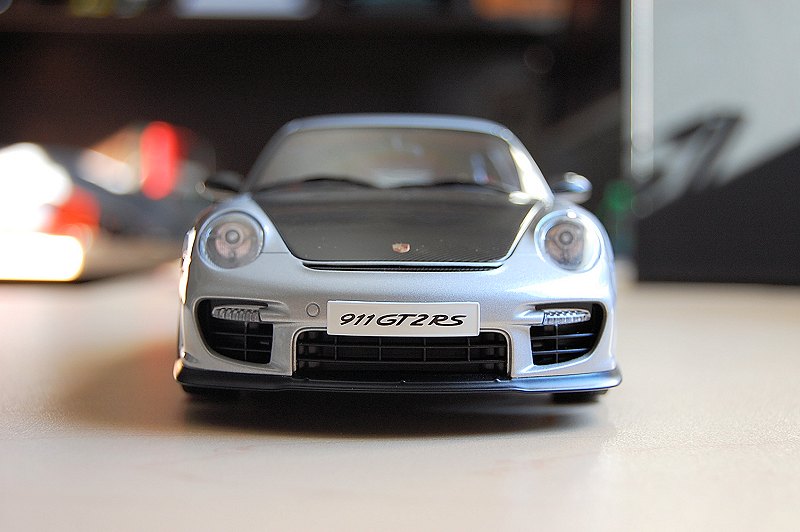 The front fascia chin spoiler is slightly off.  Upon closer inspection, the centre position of the chin spoiler features three notches left to right while the 1:1 features five.  Also the lines just above the chin spoiler are more pronounced on the original car near the front section, which are slightly lacking definition on the replica.  As you turn to the side, the added front fender flares lack the definition as found on the 1:1, but this is a very minor callout.  The side mirrors are also missing the space between the two prongs attaching them the door. 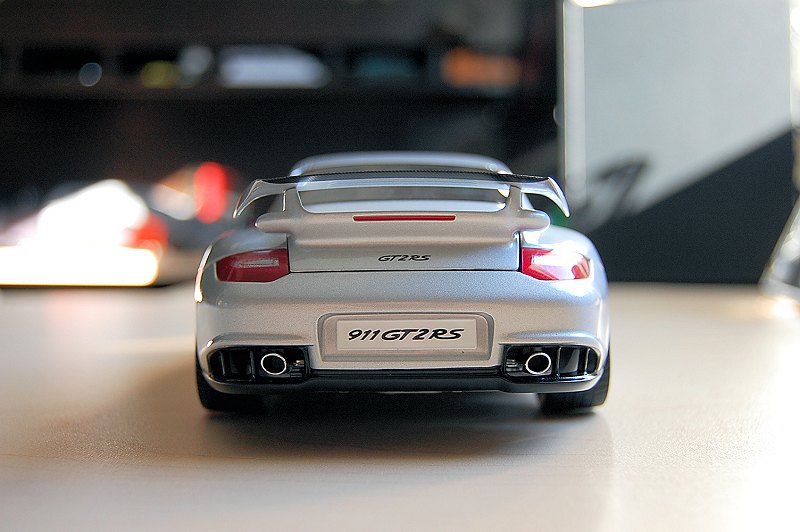 The rear for the most part is well done, though one oversight is the lower section of the bumper/diffuser.  The original car is carbon fiber on the upper section which is mated to a lower section painted to match the exterior.  AUTOart’s GT2 RS is completed in full carbon fiber, laziness or costing cutting measure, you decide. 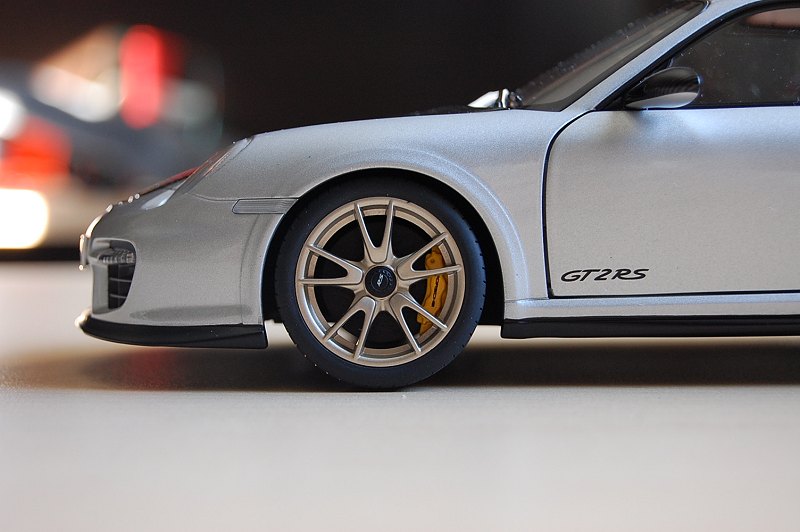 The wheels are nicely executed.  The main wheel is painted in light bronze/gold with the centre cap in black, featuring the RS logo.  The wheels are mated to ceramic rotors and neat yellow calipers that one surely can not overlook. 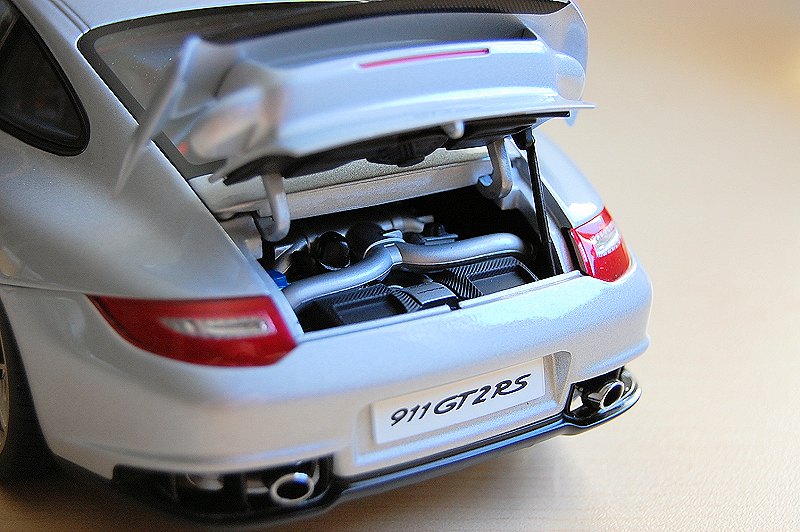 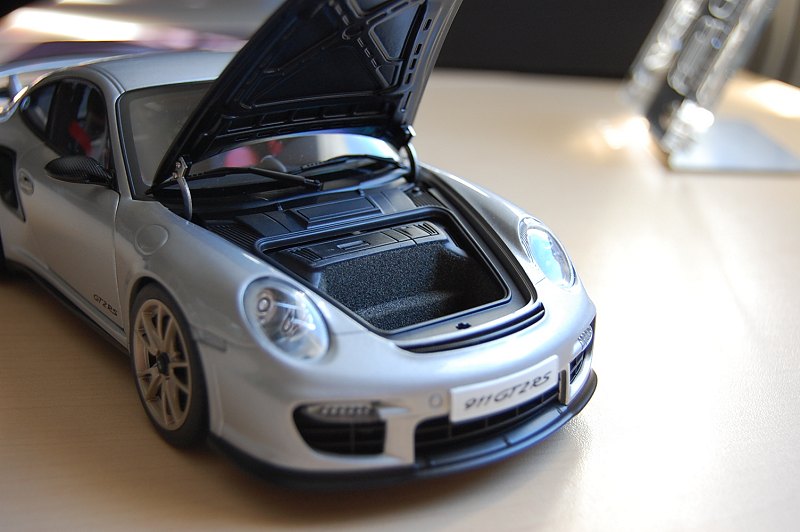 Motor detail is limited, and though not 100% perfect, it has definition, and for the most part, is acceptable.  Note the addition of the hood strut on the right side.  This is something new from the AUTOart team.  The front features the typical Porsche storage area, much of the material is plastic but does feature carpeted lower storage compartment.  Note the addition of the upgraded hinges for the hood.  Nice work AUTOart. 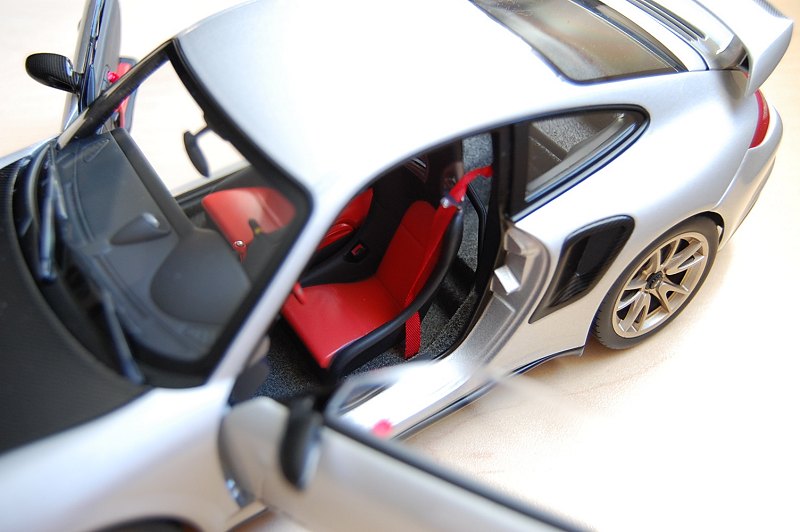 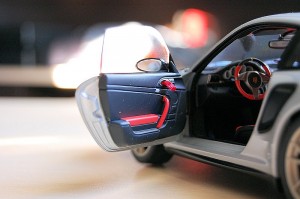 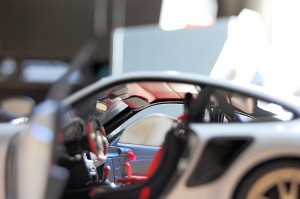 The cockpit is a treat!  The red and black interior works well, AUTOart seems to have captured most of the elements of the original here.  Love the addition of the red door grab handles, and AUTOart’s attention to detail in continuing the red theme to the roof liner.  The yellow centre position on the steering wheel is a nice touch too. 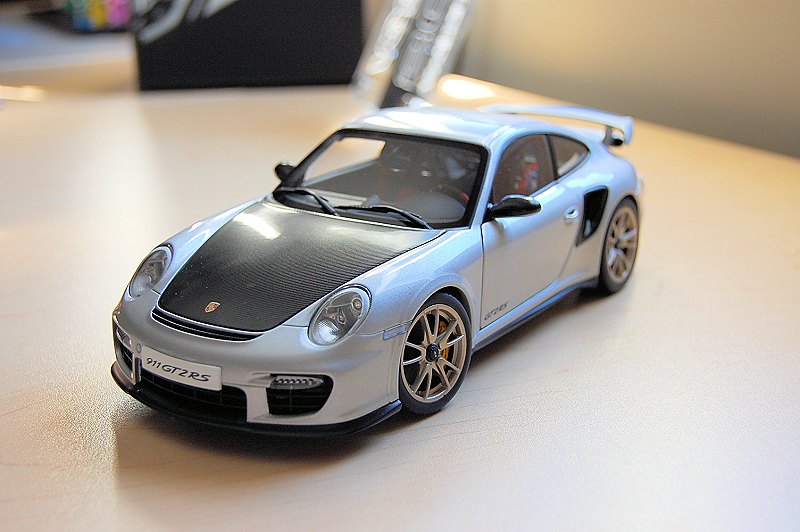 Overlooking the awful camber issue, what we have here, for the most part, is a well made piece.  Yes the GT2 RS lacks a little exterior definition, and this could be attributed to laziness or cost cutting on AUTOart’s part, but it shouldn’t stop one from purchasing it, unless you’re a total perfectionist.  The model is available in a host of exterior colours today, for around $129US.  Enjoy the pics! 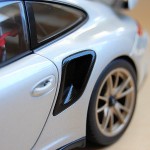 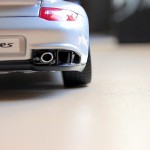 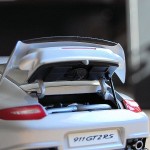 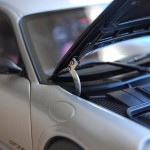 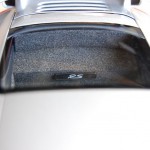 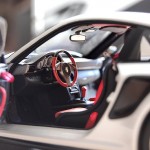 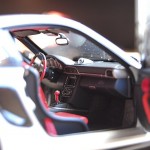 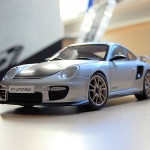 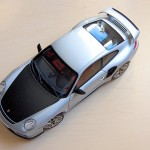 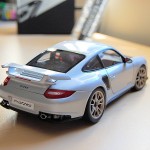 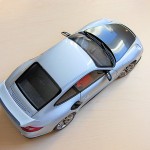 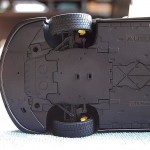 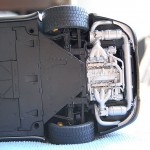