Words and Photos courtesy of wotda

A recent purchase is this 2013 VF commodore run by Red Bull Racing Australia (triple 8 engineering), are limited edition to celebrate 10 years for triple 8 in V8 supercars. It’s a diecast of the car Craig Lowndes and Warren luff drove during the Sandown 500 endurance race and also comes with a hand cover book telling the triple 8 race team story. 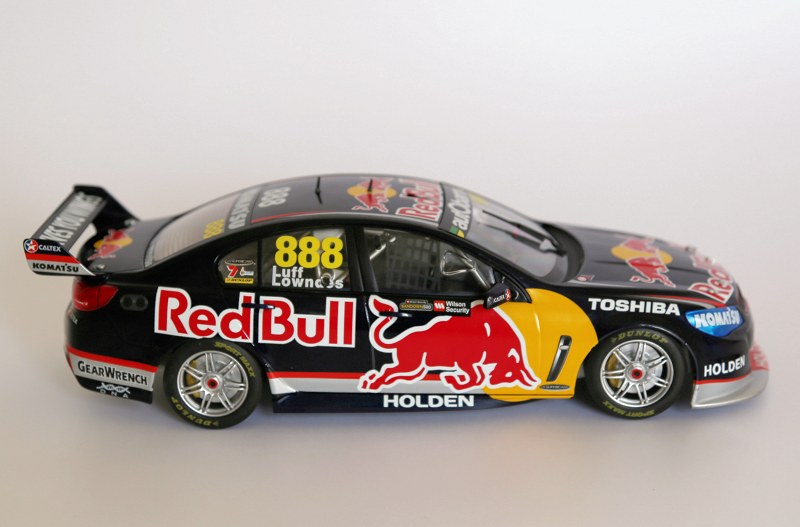 This is also my first purchase of there new sealed diecast that Classic Carlectables has been offering. 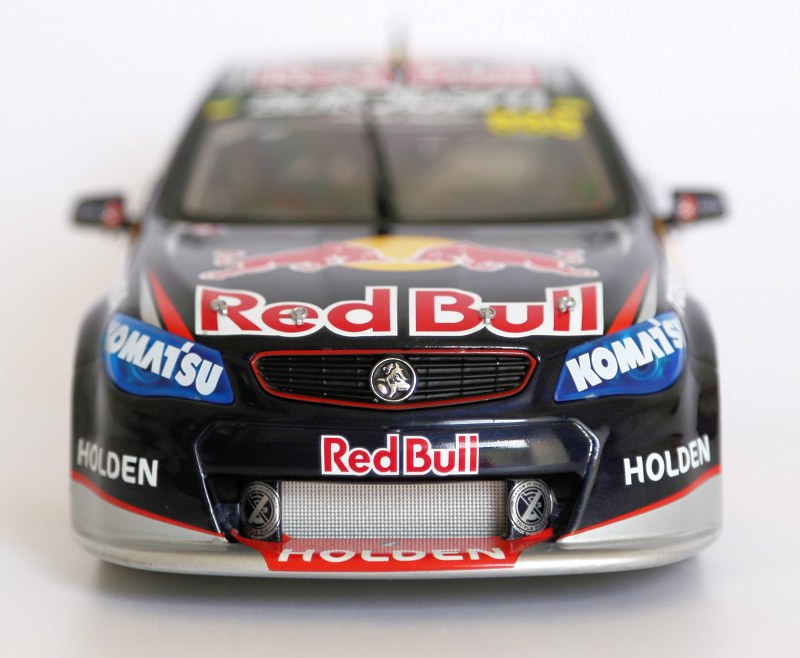 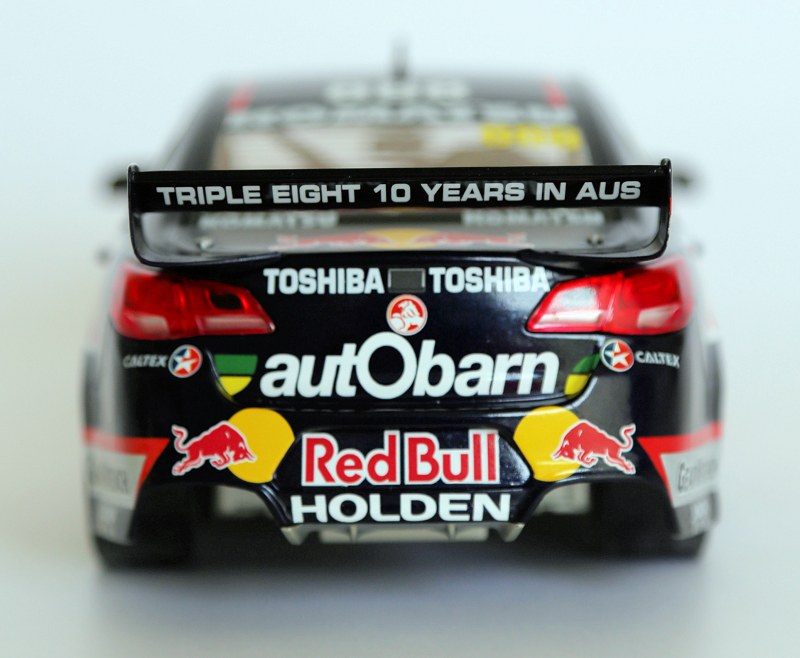 When opening the box and seeing the model for the first time, the first impressions of this model was pretty good. The model seem to have kept the same detail level as what cc did in with the previous diecast. Beyond that everything when downhill. 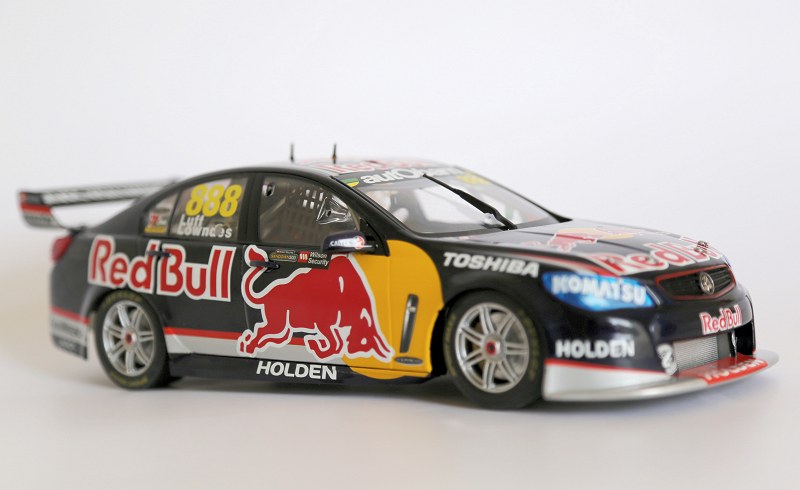 I have read from other forums that the quality from Classic Carlectables recently has gone downhill. Ranging from broken bits, chipped paint etc. Well in this instance when I picked the model out of the polystyrene box, it felt greasy… very greasy. The entire car and wheels was greasy. Strike 1.

Since this model is sealed you would hope to see the same level of detail inside compare to what they did previously. Unfortunately it was lacking in detail. In fact just because its sealed they think that no one would notice. Strike 2. 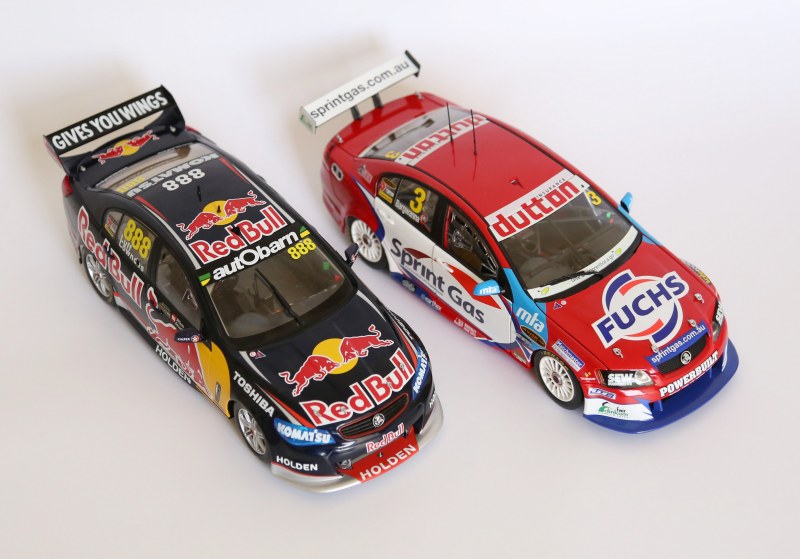 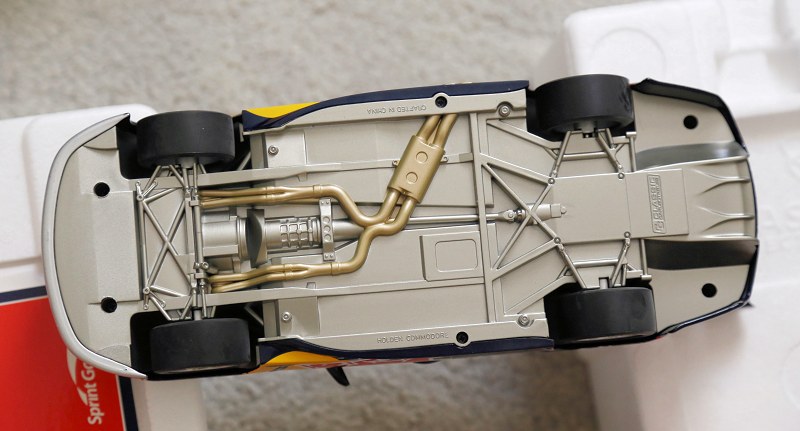 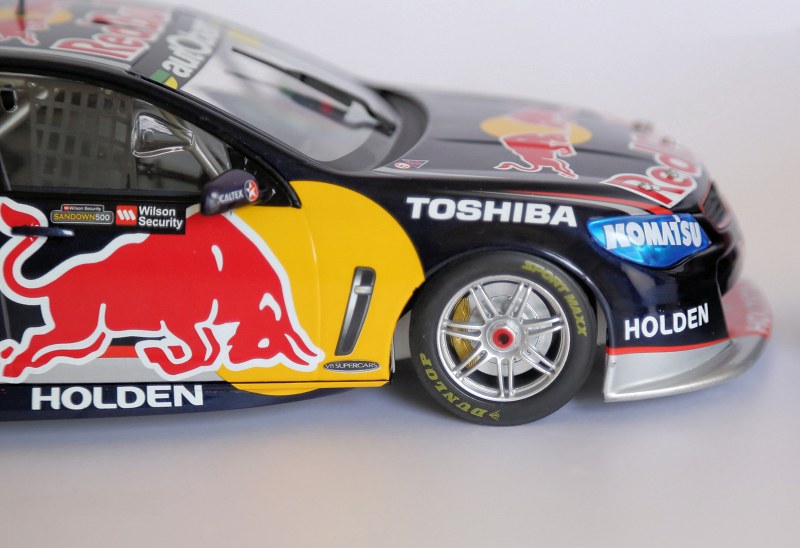 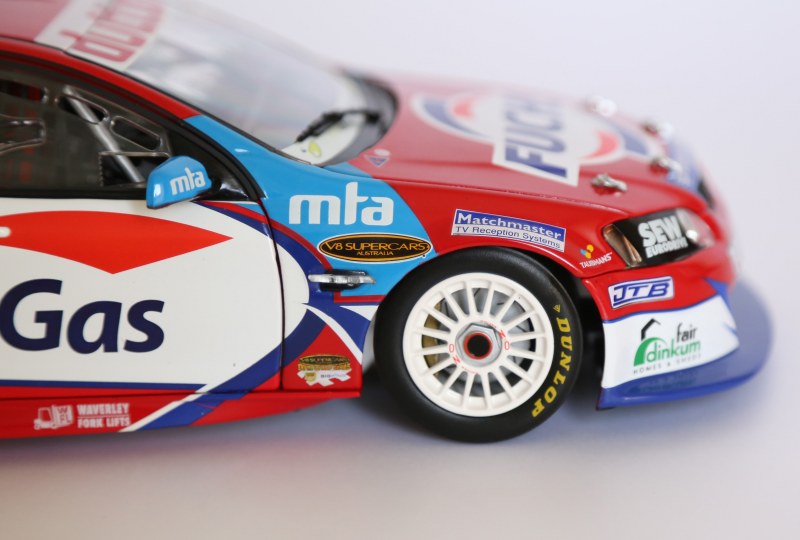 The previous VE however is a separate part and the disc brakes and calipers are more detail. 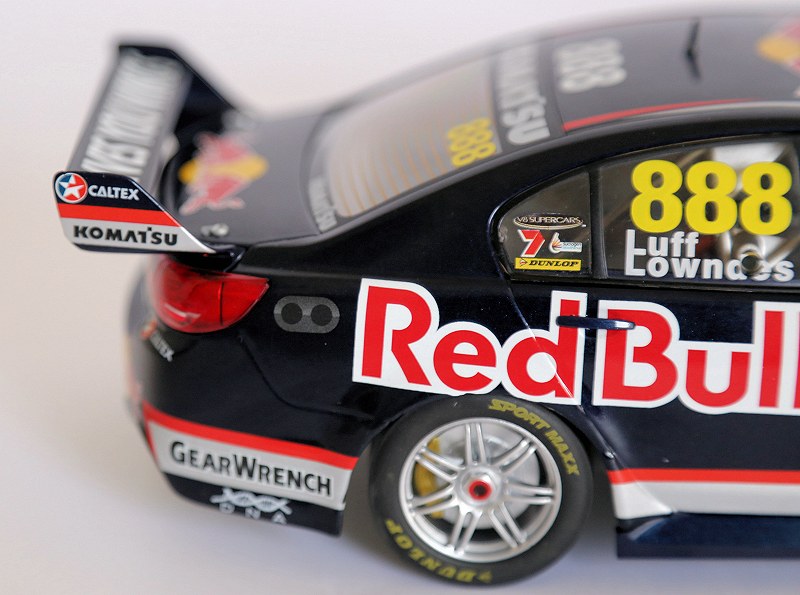 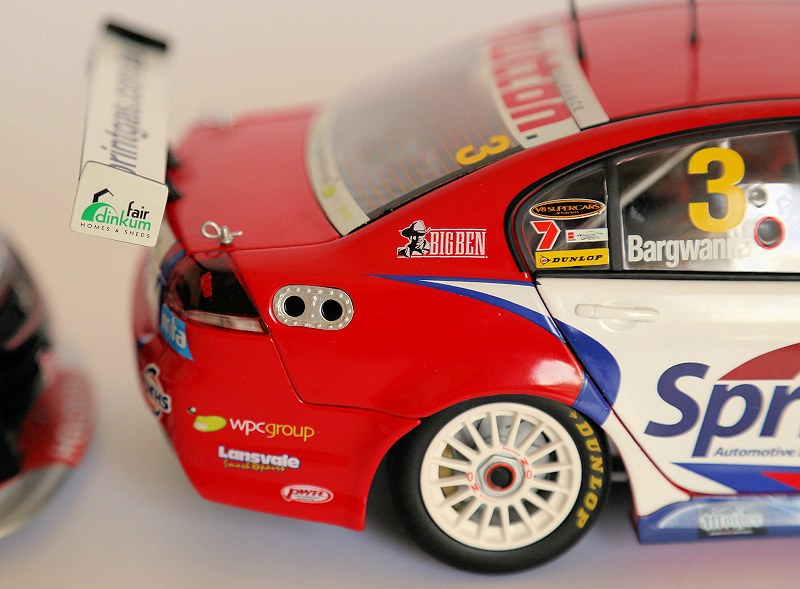 The VF fuel cap is just a sticker. The VE is an extrude part and the boot pins looks more 3D. 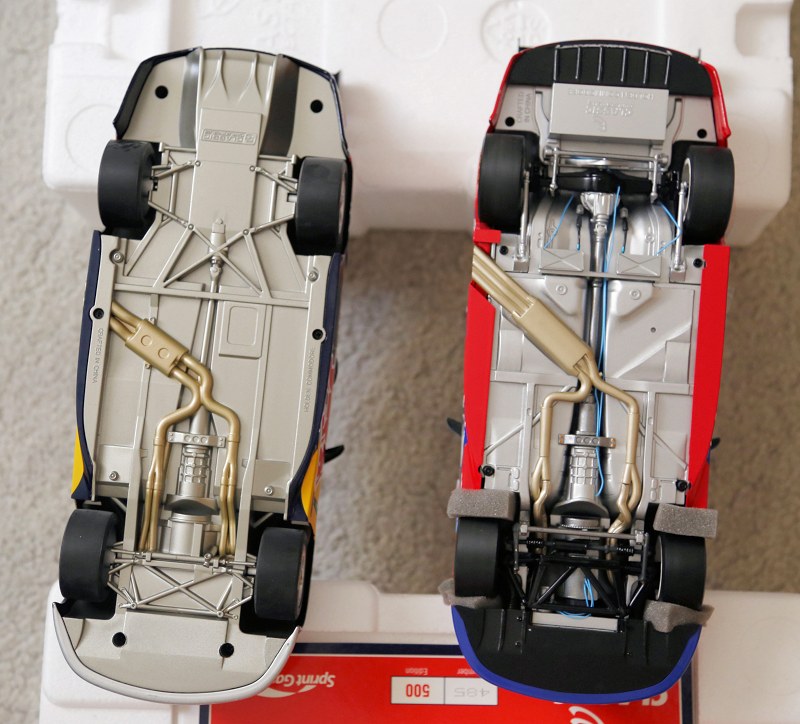 Almost 70% of the underside came from a single mould hence loosing details and looks very much like a toy compare to the VE. In the VE the control arms and shafts are separate parts and appears to have more depth. The front wheels for the VF cannot be turn left or right but the VE can because all the link are separate parts. The VF is on the left and the VE is on the right. 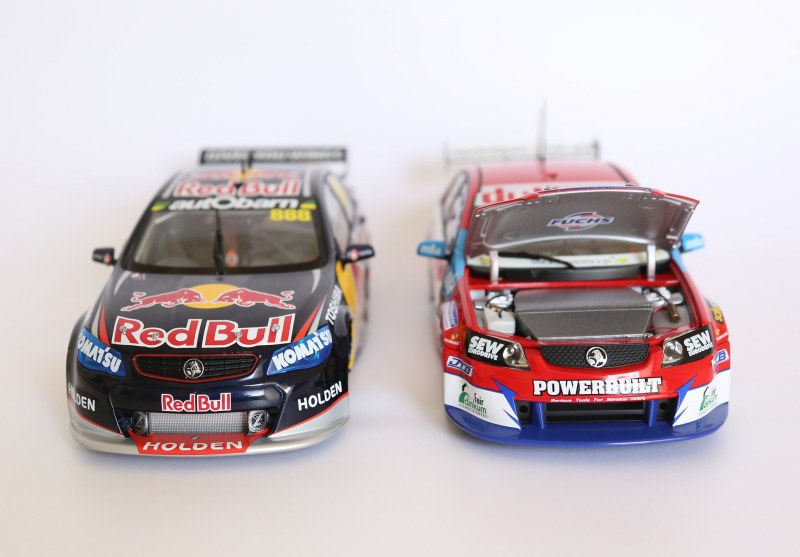 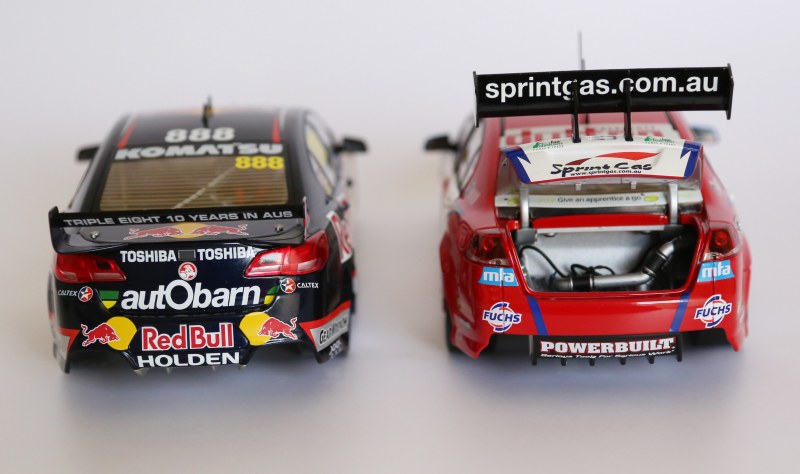 You can’t open the bonnet or boot in the VF but you can for the VE and see the fuel cell and engine (the air box cover can be taken out).  The only exterior element that seems good is the racing livery. 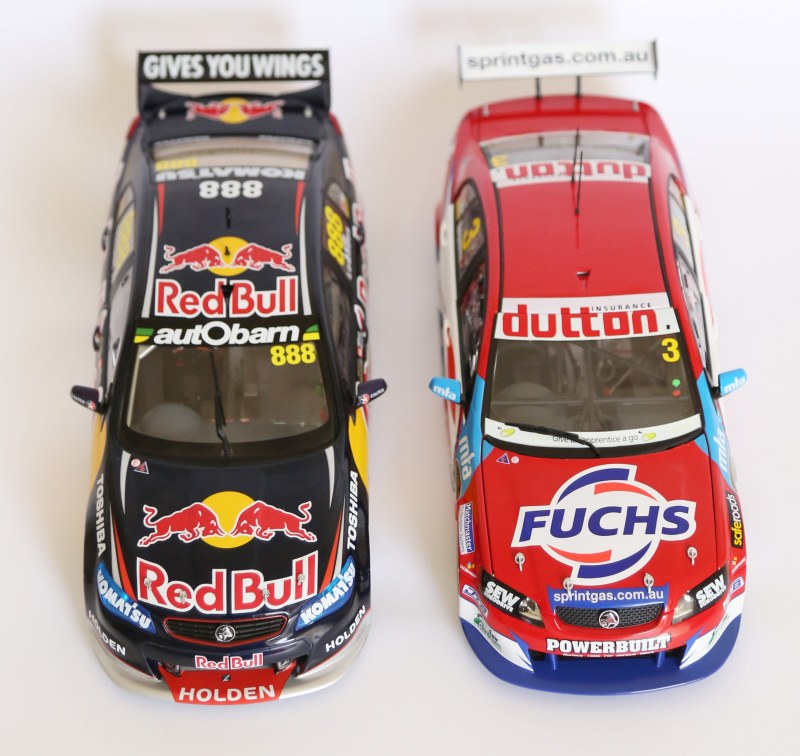 In general this new diecast that cc has created feels more like a cheap toy instead of a detail diecast. Its also lighter compare to the VE. This was a major disappointment compare to what cc released in the past. So I think I will just stick with the pre-sealed Classic Carlectables or have a look at Binate or Apex if looking for something more recent v8 supercars instead. 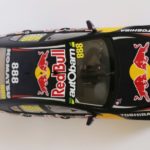 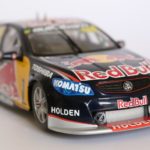 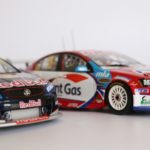 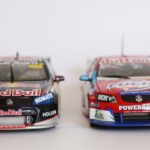 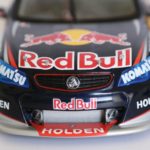 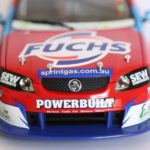 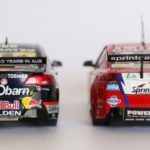 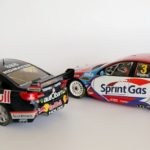 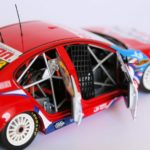