Yes I know I’m addicted to the Corvette brand at the moment, the latest addition is the Exoto/Motorbox Chevrolet Corvette Sting Ray 327 L79.  A model released back in the early two thousand.  To be honest I would have preferred the burgundy coloured with red pin-stripping offered on the tires by Exoto but the on-sale price from Modellismo was too attractive to pass up, less than $70CND shipped.  Already acquiring the C2 split-back window from AUTOart I wanted something a little more aggressive in coupe form, I think the side exhaust adds another element to the already aggressive lines of the C2. 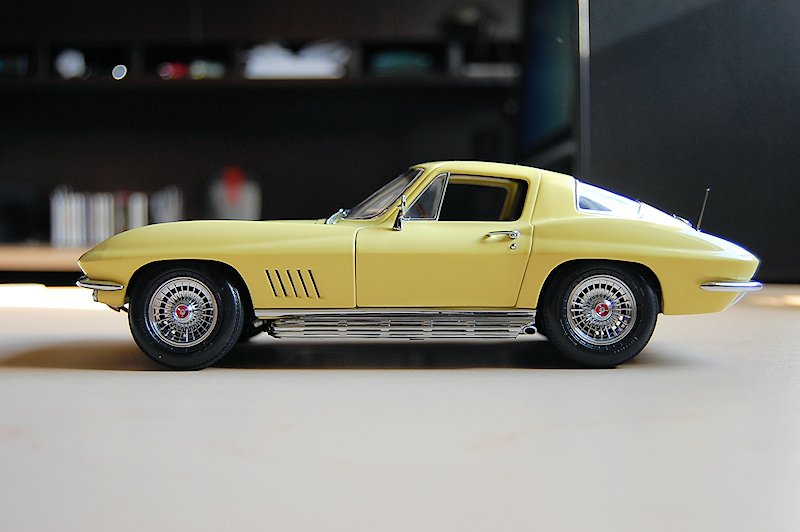 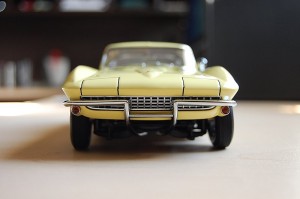 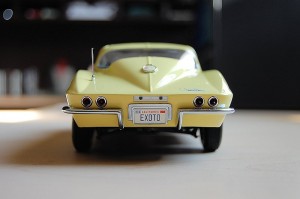 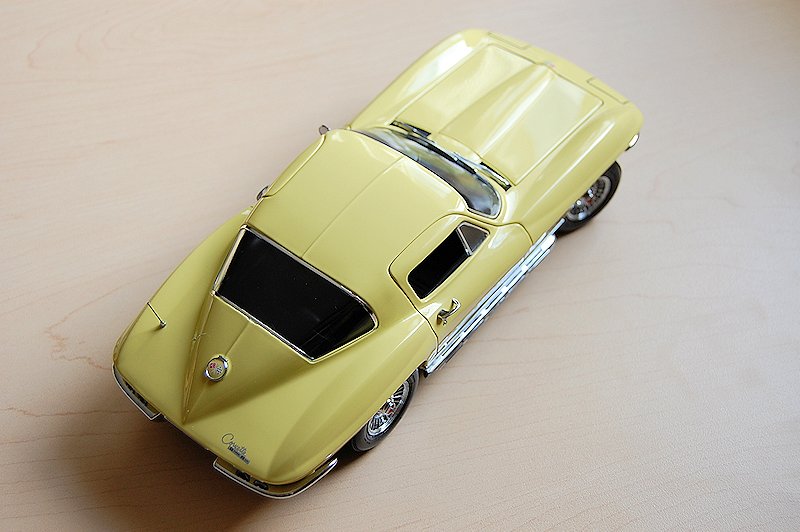 The exterior lines of the Corvette 327 L79 seem to mimic the 1:1 well from what I gather.  Panel gaps on the model are decent, probably better than the original car.  The paint is consistent throughout.  The Colour choice is one I prefer, but I’m not sure if one offered of the period.  Chrome work is above average and again consistent throughout.  The model is dated in comparison to some of the later C2 releases, so headlights are fixed.  Kudos to Exoto for painting the seam, it gives the impression of the functional headlight.  I was actually fooled at first, but upon closer inspection, they revealed to be fixed.  Exterior badges and emblems are also replicated well, photos will elaborate more. 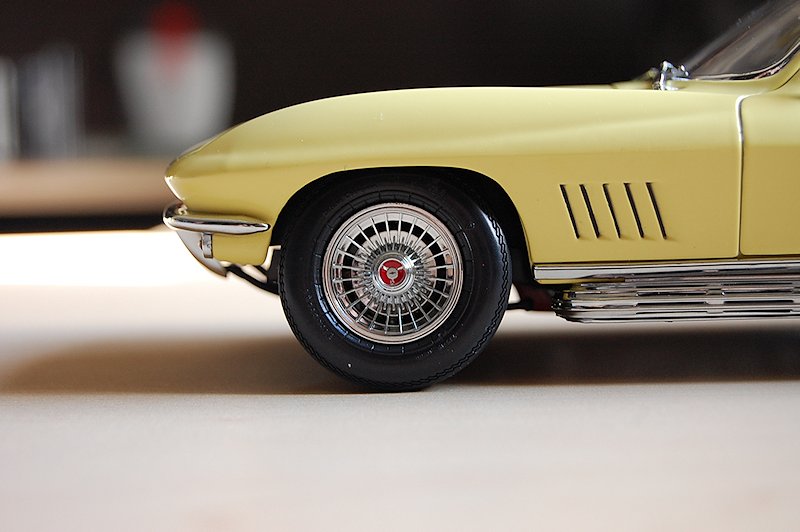 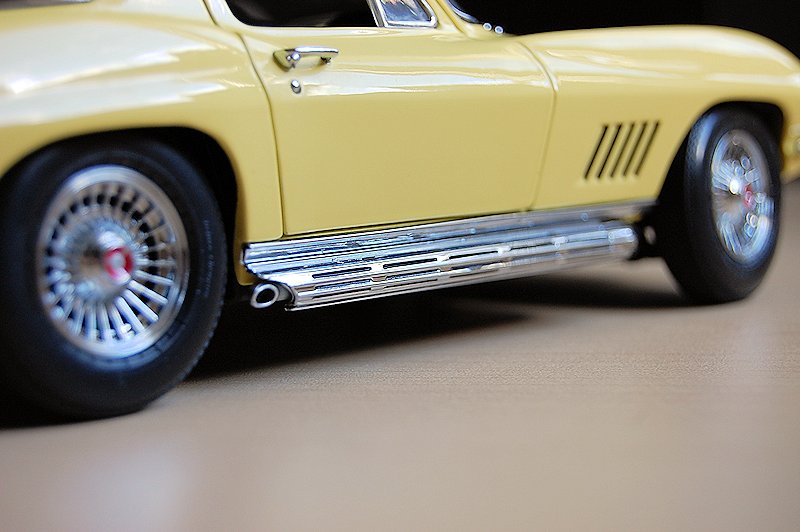 The wheels are nicely executed.  I haven’t seen them on any other photos of the car to the period so I’m not sure if accuracy is captured 100%.  But the execution is nice, and finding something outside the “norm” wheel wise is refreshing, to say the least.  Camber is an issue with the model as the photos will show, the front driver side being the worst.  Not sure if this was a manufacturing issue or an issue presenting itself due to age.  The example here was brand new in a box, which in packaging the wheels are elevated from touching the ground. 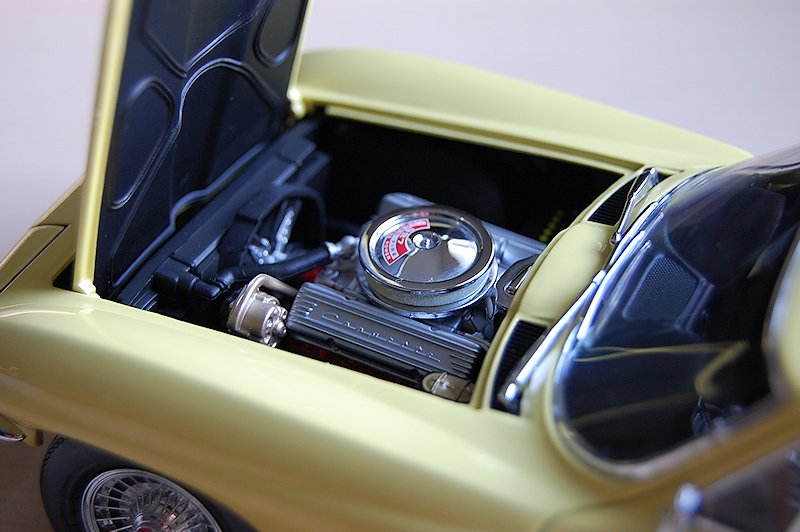 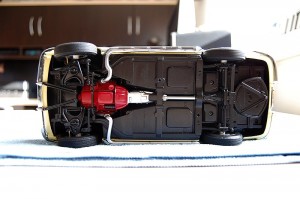 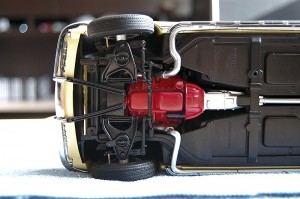 The motor was a big surprise, the detail here was much better than I anticipated.  Lots of eye candy here, the detail on the cooling fan, chrome, and various painted bits added a great deal of realism to the model.  Flip the model over and you’ll be dually impressed with the amount of detail the undercarriage has to offer.  The painted block and driveshaft are a nice plus.  Also the suspension bits front and rear are a welcomed plus at this price point.  Well done Exoto! 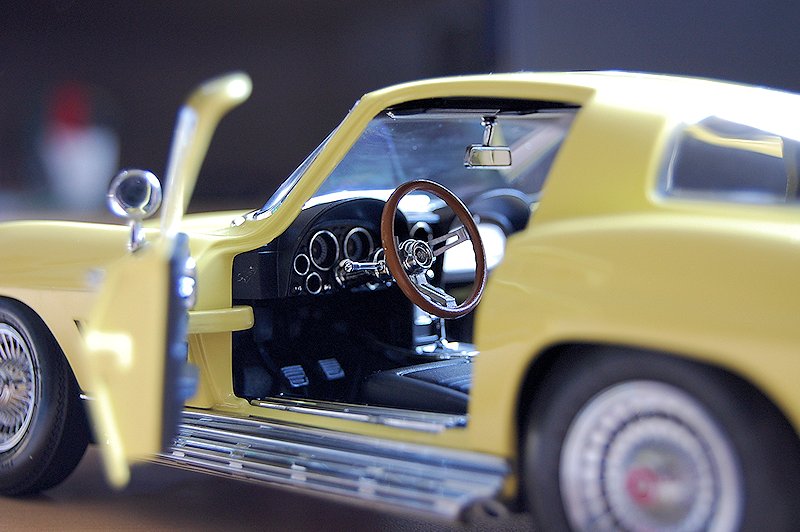 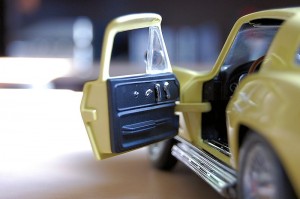 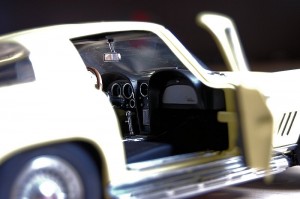 As with the motor, the interior was another surprise, lots of finer detail here and well-executed on all levels.  The material look of quality; the chrome work was executed with precision, and I love the wooden steering wheel, which adds an authentic touch to the car, which rounds off the total package.  You will notice the dog-leg hinges, again attributed to the age of release.  Doesn’t really bug me much but I do know some collectors can’t see past this. 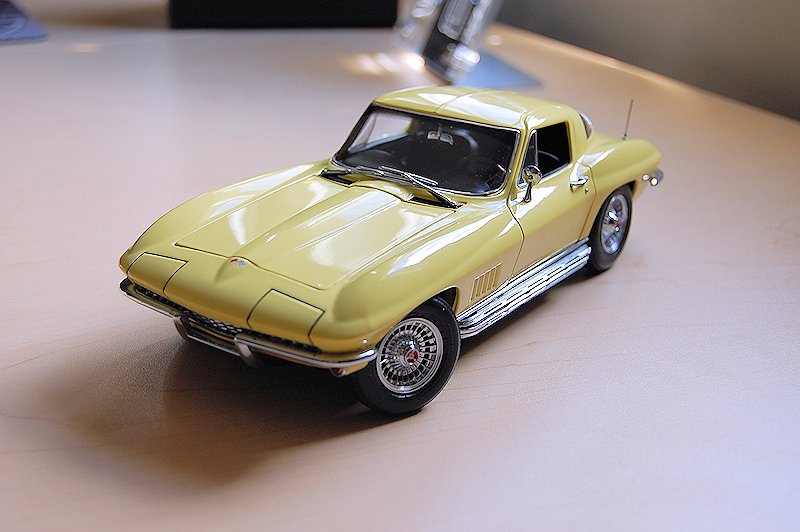 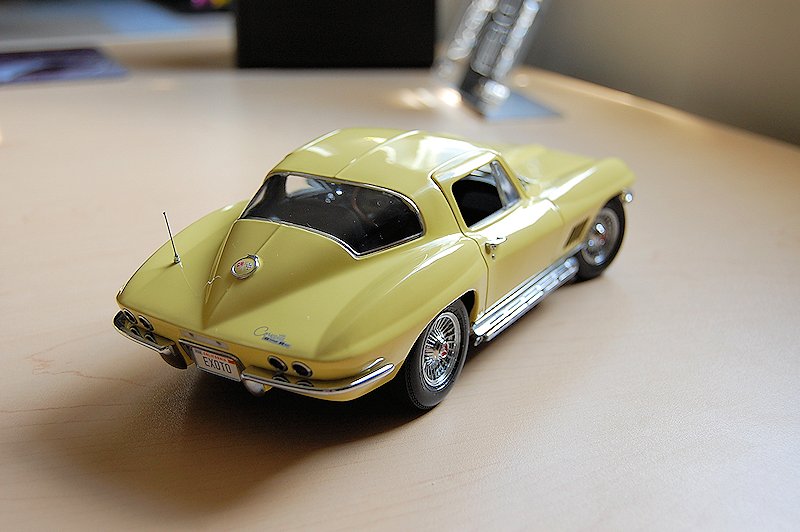 The average price of this model today is around $100US.  Being a Corvette fan and recent call to expand my Corvette collection this one was a must.  I’m sure I’ve missed some things that will make the true Corvette authority cringe.  As always please bring any and all to my attention – comments are welcomed below.  Maybe it isn’t for all but for a modest price the overall execution is there, and the attention to the finer detail is there as well.  Pick one up you won’t regret your decision.  Enjoy the pics! 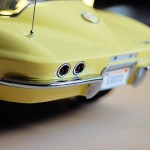 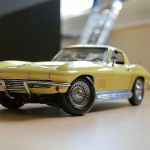 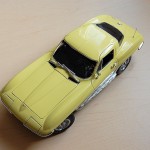 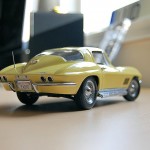 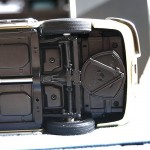