If you’re a car guy, you’ve probably watched the original Fast & Furious at least twenty five times, and you probably feel a pang of embarrassment about having enjoyed looking at some of the frankly ridiculous looking machinery covered with awful stickers, and outfitted with boomy mufflers. Buried underneath all that automotive cacophony and schizophrenia was one very cool car, now a legitimate car movie legend to join the likes of Bullitt’s Mustang, and the white Testarossa from Miami Vice. That car was Dom’s Charger, a heirloom that scared the crap out of him so much that he never drove it. Until, of course, he gets mad at the bad guys for doing bad things, mans up and gets behind the wheel. It’s not long before he’s sent flying through the air, but nevertheless, the car left a deep and lasting impression on all of us. You know you still feel shivers when Dom says that ‘it has so much torque that the chassis twisted coming off the line’. The rest of the movie you look forward to him giving it what-for, and the satisfaction is immense when the car finally takes off in the race against Brian, front wheels in the air and all. Amazing. 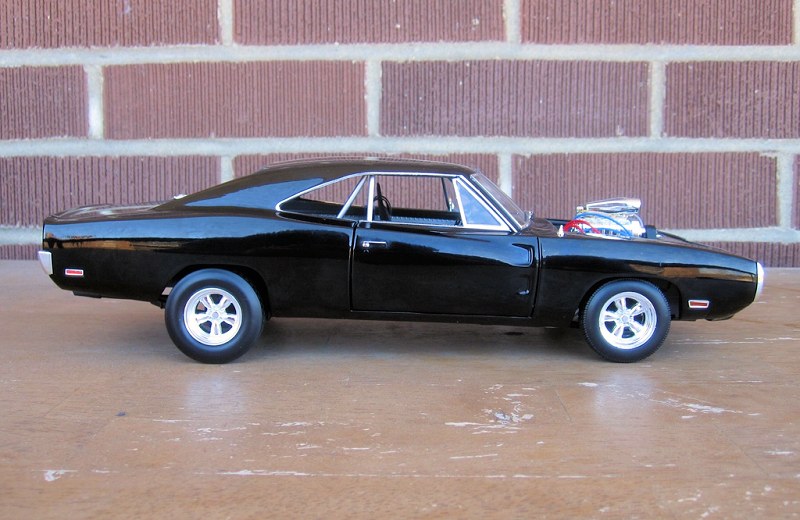 Naturally, I expected Mattel to put due effort into this model, so have they? Not really. In fact, I don’t even know where to begin. It comes in the usual Elite packaging, with some Fast & Furious logos here and there. It is encased in styrofoam, and the hood is supplied separately on top of one of the shells, like AUTOart often does. But who am I kidding, I would never want to display it with the hood on. Who in their right mind would want to hide that epic engine? But let’s get back on track. When you first clap your eyes on the model, it is obviously huge, and feels hefty. The paint is not very good, with obvious orange peel, and my model was covered with some sticky silver dots that could only be scratched off using a fingernail. Not a big deal, but annoying nonetheless. I expect a model to be cleaned before it is put into the box. 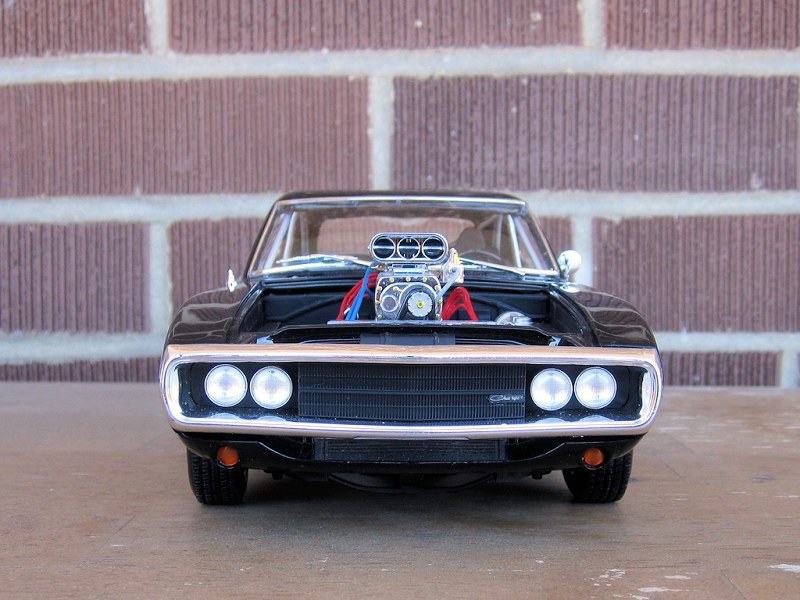 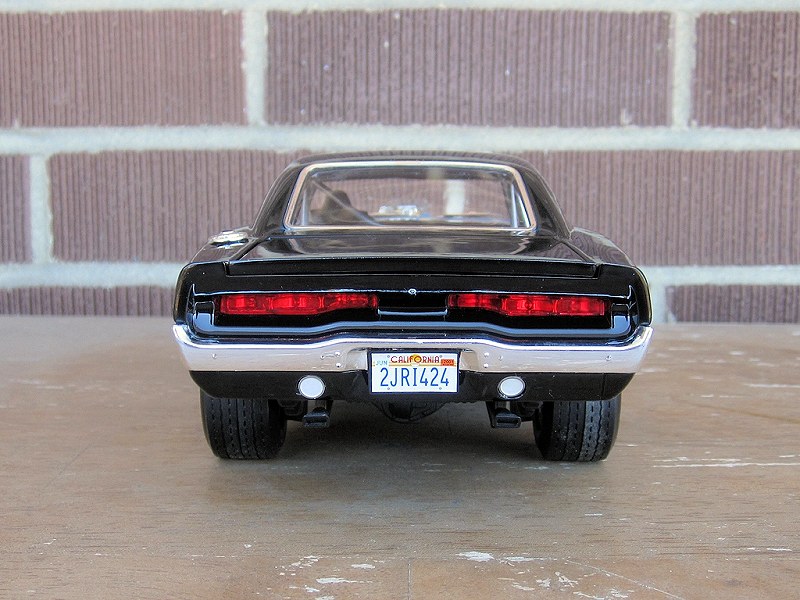 I’m going to go ahead and address the first elephant in the room, that chrome front bumper. It is obviously the wrong shape and I carefully studied the movie footage and tried to find some angle where the car had the bumper shaped like it’s straight off a Firebird, but I couldn’t. Maybe it’s the casting that emphasizes the angle, or maybe Mattel used a different car to capture data for the model. The studio had something like 7 or 8 cars for the shooting, and it is possible that some of them might have been a tiny bit different, though I’m clearly clutching at straws to find them an excuse here. Another observation that supports this theory is the fact that in the film, the car has windows by the C-pillars, but the model does not. 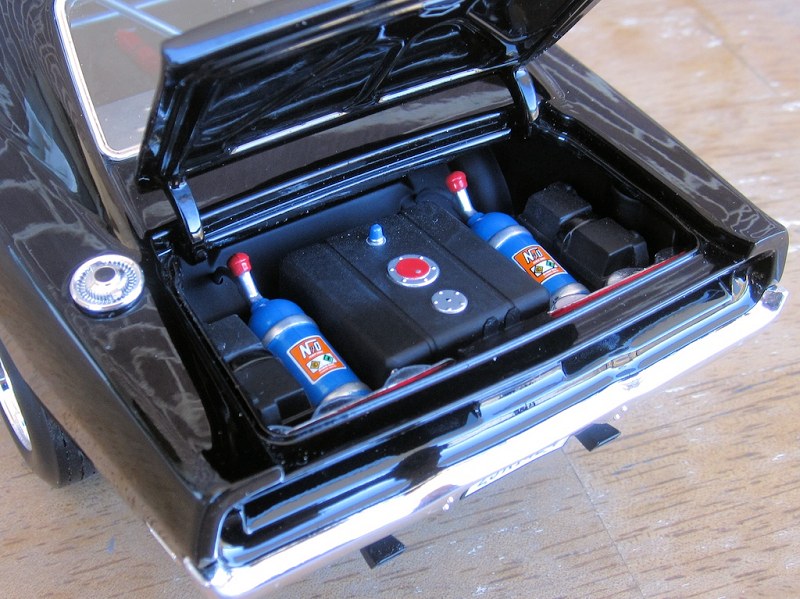 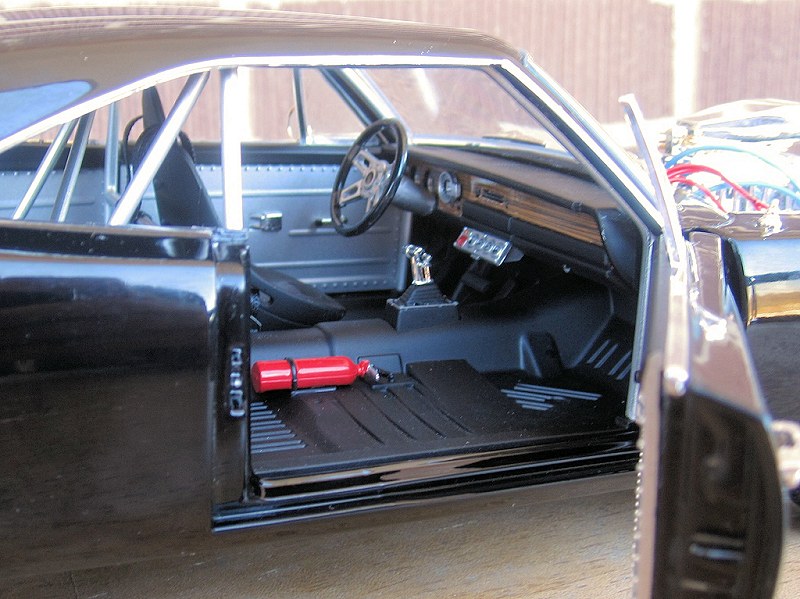 Moving on to the trunk, we get bottles of NOS, but we never got a chance to look in the trunk in the movie, and Dom never used NOS in the race against Brian, so we could’ve done without them. Maybe the studio had them fitted, who knows. It detracts from the purity of the car, that’s for sure. Let’s not forget, however, that this is a drag car after all, and drag cars do use NOS. The interior looks good enough, with fabric seatbelts and photo-etched buckles. The front window frame on my model is not in contact with the body on one side though. Tisk tisk! The rear tires look too fat and toy-like, and the rear ride height is wrong. The suspension is not functional, and there are no brake discs anywhere. Not looking very good so far, then. 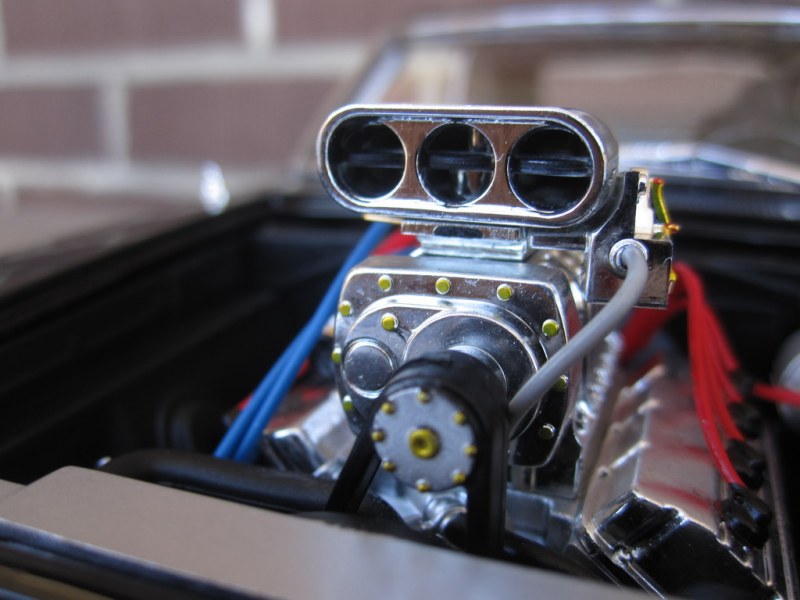 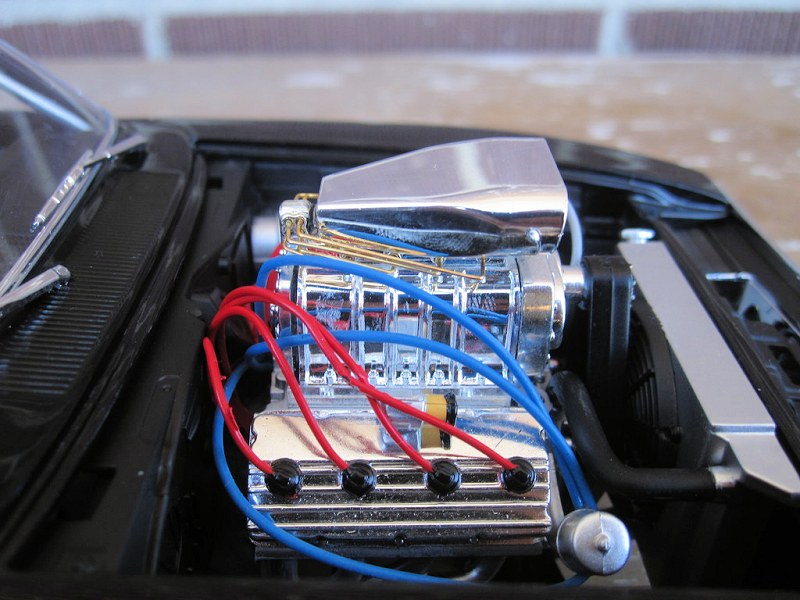 This model’s only saving grace is the engine. It is reasonably well reproduced, with proper wiring and chrome work. Those golden rods just below the air scoop look great, but are extremely fragile. They will fall off if you so much as look at them the wrong way, so avoid touching them. Those circular hole covers on the intake are movable like in the movie, which is a nice touch. If you flip the model over, you’ll see some slender casting on the transmission housing, but not much else in terms of eye candy.

I mentioned earlier that the first elephant was the shape of that bumper. Well, the second elephant is definitely the price. In the States, this model retails for around $130, while in Canada it’s around the $175 mark, and this model is simply not worth it. In terms of execution, it’s worse than even the LaFerrari, which was already quite poor. At best, this feels like a $100 model. 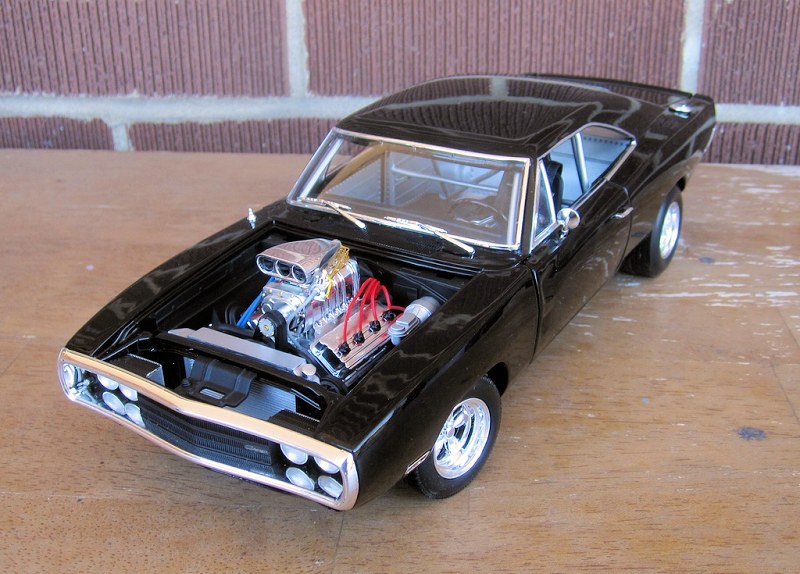 I’ll leave the final verdict up to you. If you’re a die-hard F&F fan, then obviously it’s a must have, but judged objectively, it’s a crude, basic, and overpriced model that admittedly has an alright engine. Unfortunately though, it does go down the same road as the Speciale and the LaFerrari in terms of QC. I had to exchange my first model due to some very obvious scratches on that chrome intake that were not caused by the box. If I was to offer my personal advice though, I’d say give this one a pass. 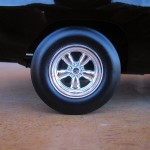 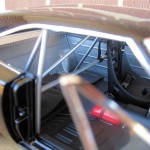 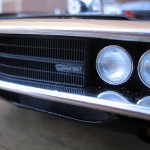 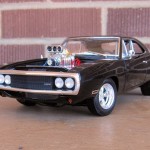 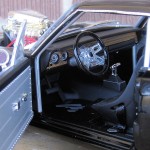 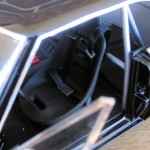 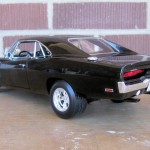 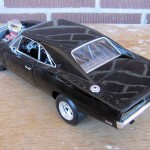 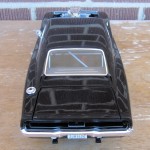 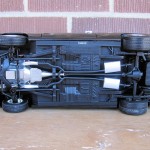