Since it’s December, I thought it would be fitting to review Santa’s Sleigh, not in the traditional sense, but in four wheel form. The stunning red 1:18 Premium ClassiXXs Volkswagen T1 flatbed platform ‘Porsche’ trailer was recently released by the brand. Two versions were made available by Premium ClassiXXs, one red as featured here, and the second, Beige Reinstall Bunker. Both pieces are limited editions of 500. I could also mention a third piece by Schuco, which I believe was made by Premium ClassiXXs. It features the same Beige colour and livery but with the added bonus of a covered Porsche 356 sitting in the rear bed. 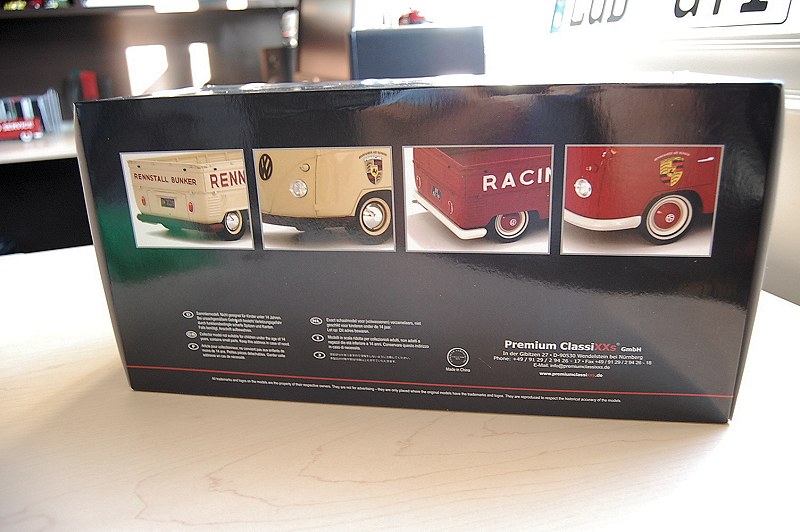 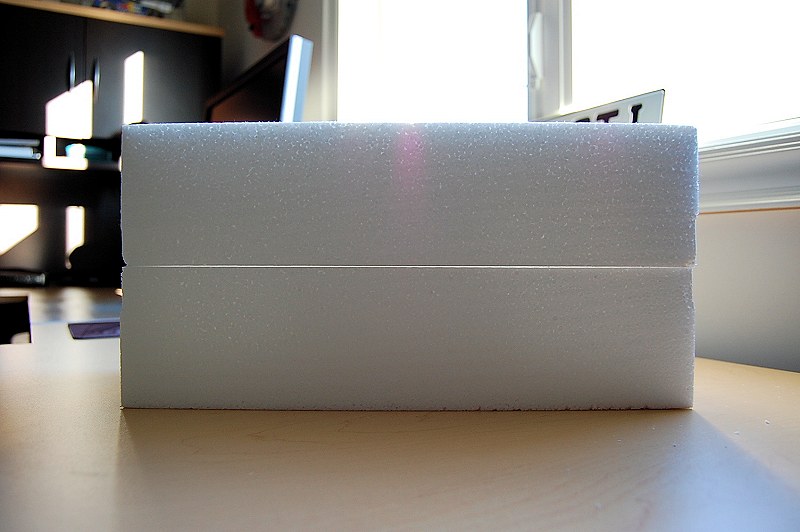 Since this is my first review of a Premium ClassiXXs product, I decided to highlight the packaging materials that came with the model. At first glance, the box is much bigger than your typical 1:18 piece. Being somewhat naive of the true size in scale, it was definitely a bit of a surprise when I finally opened the clamshell packaging. This model exceeds a foot in length! If you’re looking for shelf presence, this Volkswagen T1 has it! 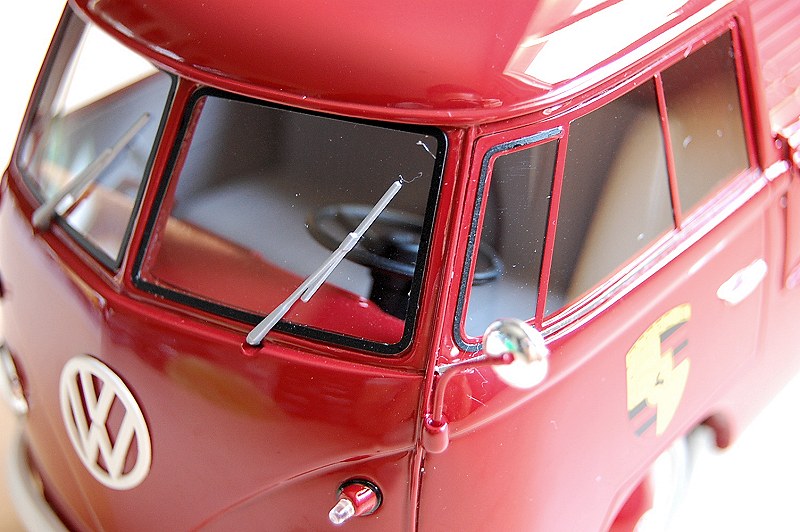 The box itself is nicely made. Graphics and model specifications can be found on a couple of panels. Inside, the model is housed in a styrofoam shell, as already noted above. The side mirrors are shipped separately in a small plastic bag and require installation. Easy install, less than 30 seconds to fit and position. Initial inspection sighted some glue residue on the front bumper, which was later discovered to be left by the front license plate (which I found inside the box) that became dislodged during transportation. Again, my trusty “CA” glue came to the rescue, and within minutes the model was back to 100%. 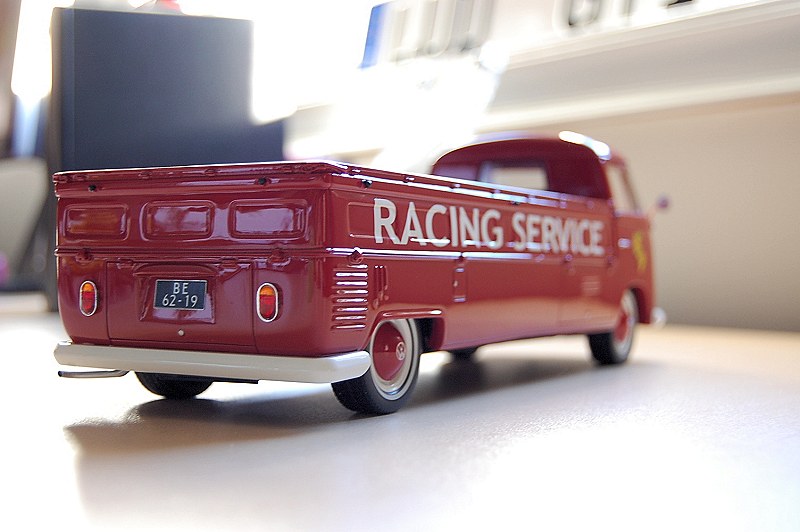 There isn’t much reference material on the Volkswagen T1 to go by on the Internet, but based on the photos, I could confirm that the overall detail and lines of the original piece were captured, and captured well! First off, this is a sealed resin piece, there is no access to the interior and the traditional positional/removable slide panels of the bed and storage compartments are all fixed in the closed position. 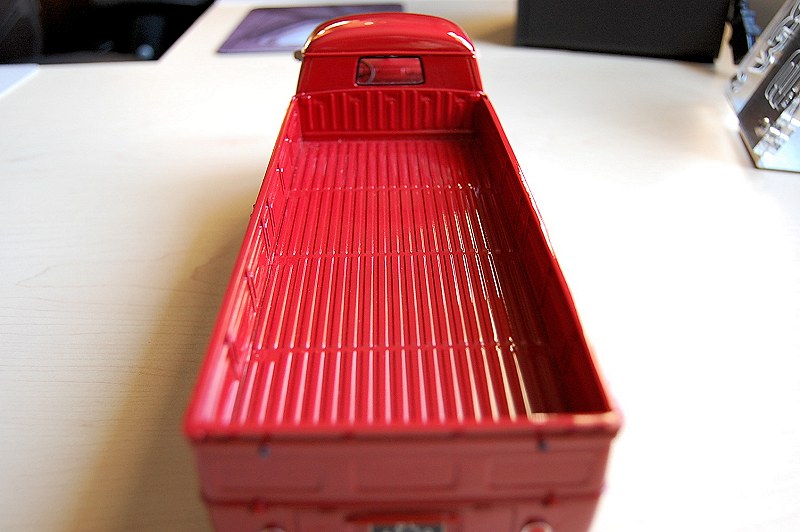 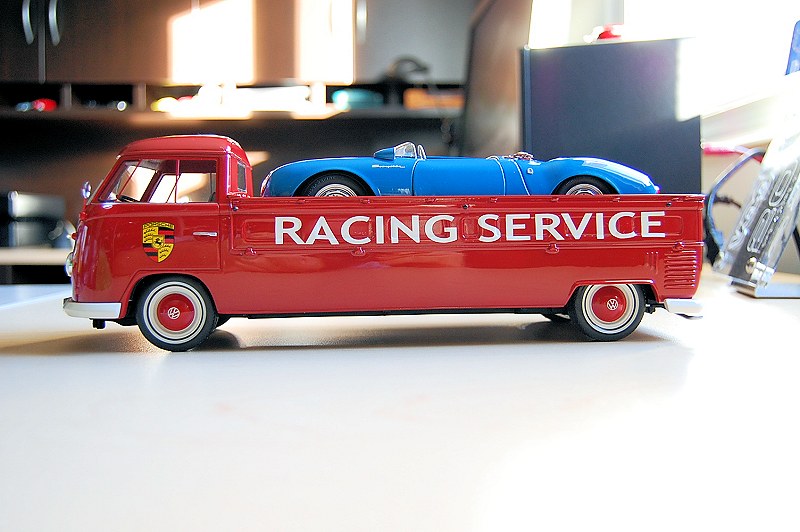 Exterior details on the model are done with care. Various elements, such as the hinges, welds, body panels, and bed, show character and pay homage to the fabricators of the day. Livery is executed with precision as well. If you’re lucky enough to own a scale model roughly the size of the Porsche 356, the bonus here is that it fits without issue in the rear bed. Blue model featured in photos is the stunning Schuco Porsche 550 A Spyder (you can read a review on that piece too – see link above). 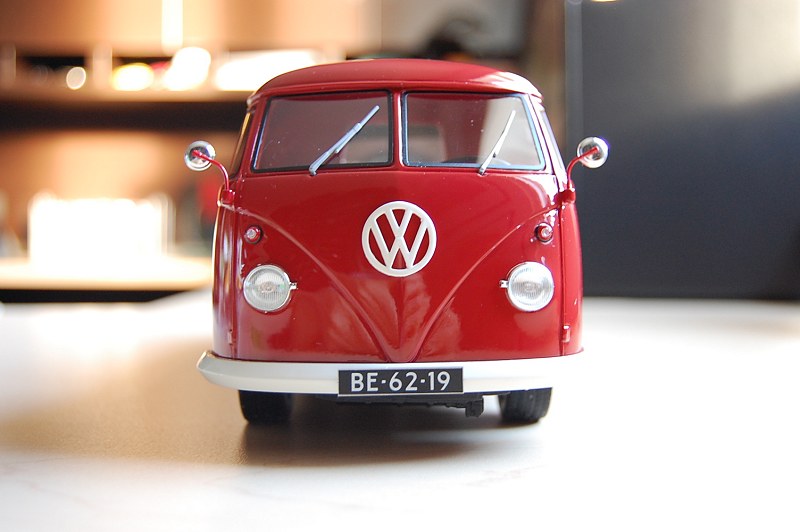 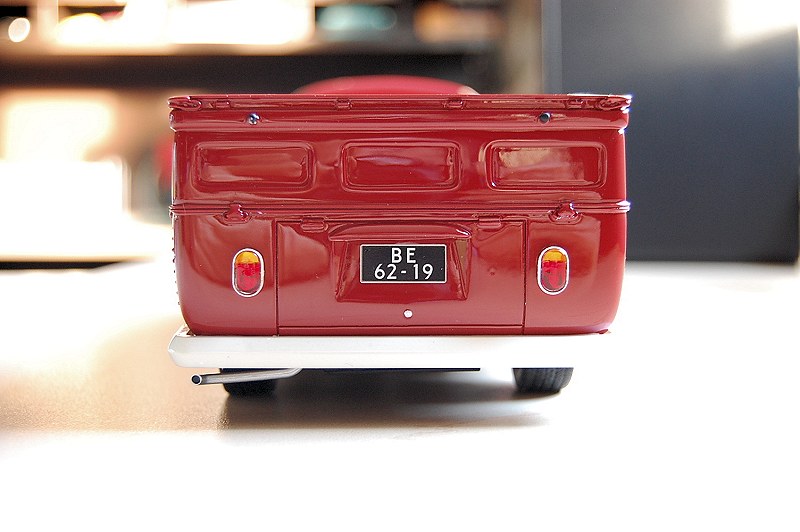 Front and rear bits are crafted above average. All work well and give the model the character and realism one would expect from a scale replica. 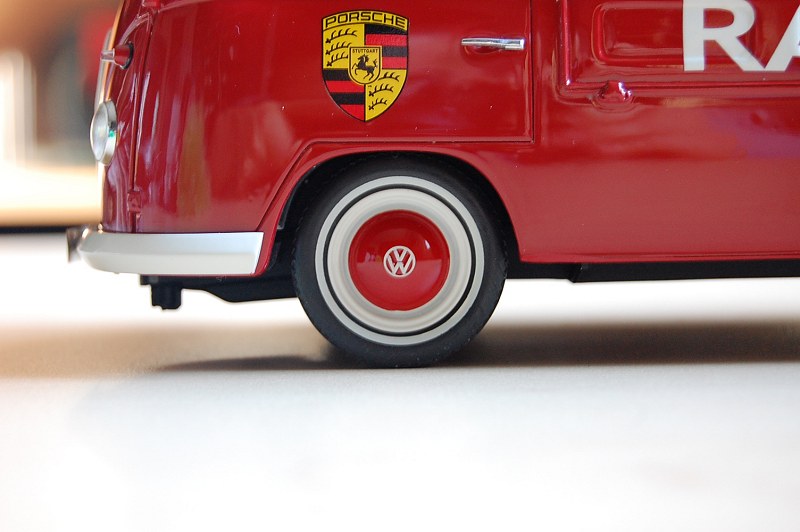 The wheels on the Volkswagen T1 flatbed are beautifully detailed. The shiny red hub-caps with painted white Volkswagen logos are spot on, and matched to the white-wall tires of the period, work well in elevating this piece from good to great! 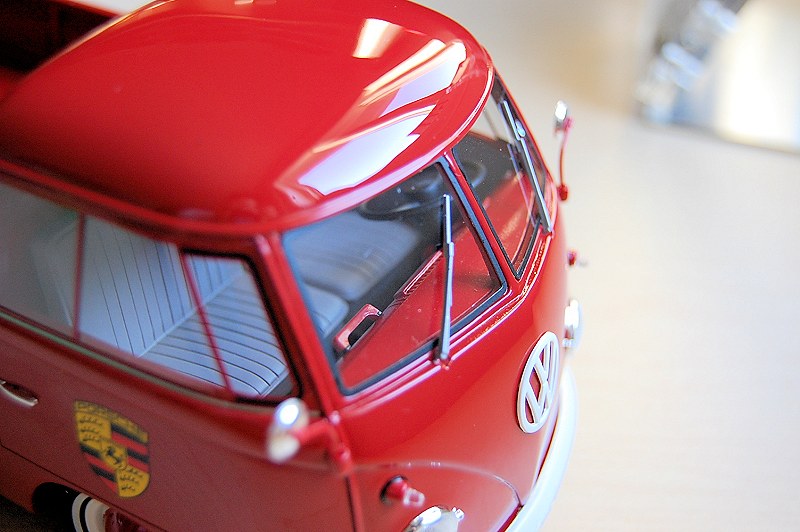 The interior is sparse, but that is typical of the era… Steering wheel and dash elements are nicely crafted. I think my only complaint would be the interior bench seating; it just needed a little more character – too generic and uninspiring for my taste. 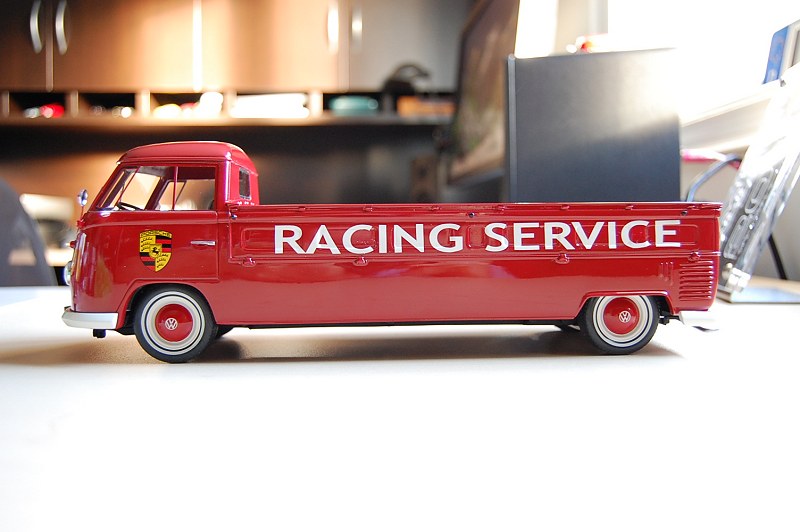 Premium ClassiXXs Volkswagen T1 flatbed platform trailer is a wonderful piece. I like it! Definitely a shame that the model is sealed, but if you’re looking for something with excellent shelf presence, this piece may just be for you. The team at Premium ClassiXXs do put pride and care in their work and it shows here. I, for one, am looking forward to future releases from them. Enjoy the pics! 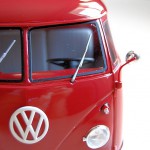 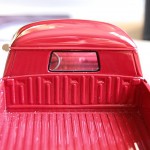 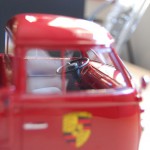 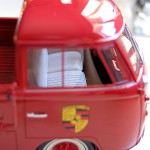 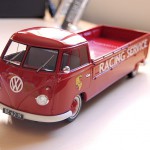 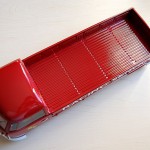 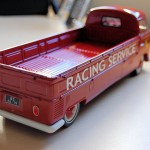 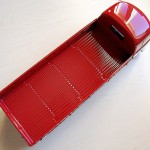 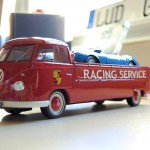 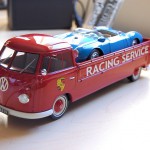 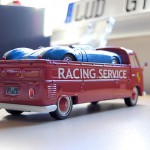 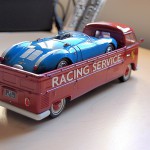 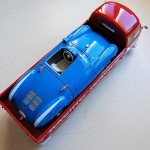 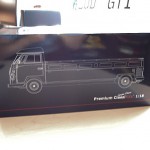