I did say we had a second piece from Solido to share. This morning I present the 1:18 Renault 4 Gendarmerie.  The term ‘gendarmerie’ is used by the branch of the armed forces responsible for internal security during wartime; this model represents one of the many service vehicles of the period. The Renault 4 is priced slightly less (roughly 10-15 Euro) than the previous model I reviewed, the Solido Renault MAXI 5 Turbo – 1986 P.Thomasse.  And rightly so, there is a lot more plastic here… 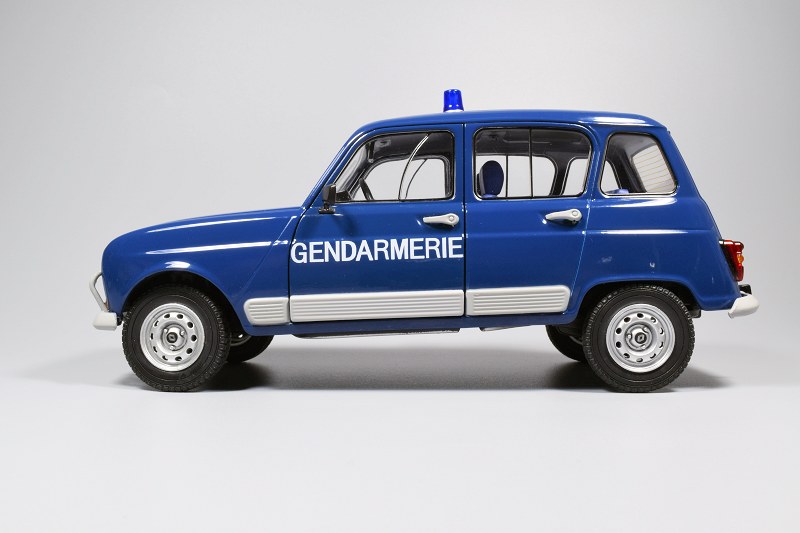 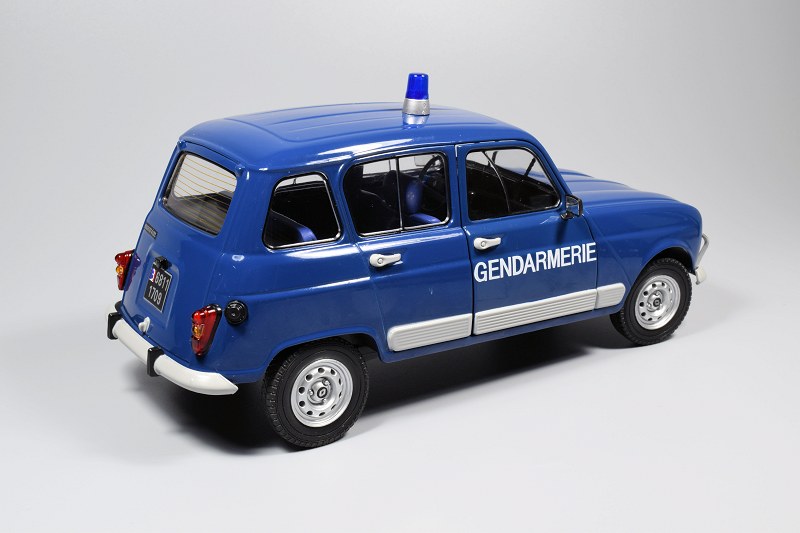 The lines of the 4 Gendarmerie are captured correctly for the most part, though I’m no authority of the Renault brand or Renault culture.  Shutlines are nice, though the only accessible area is to the two front doors.  Paint is completed well, but has a generic look and feel along with the many plastic accents (lower side mould, door handles, mirror and wipers) bits that I will comment on shortly. 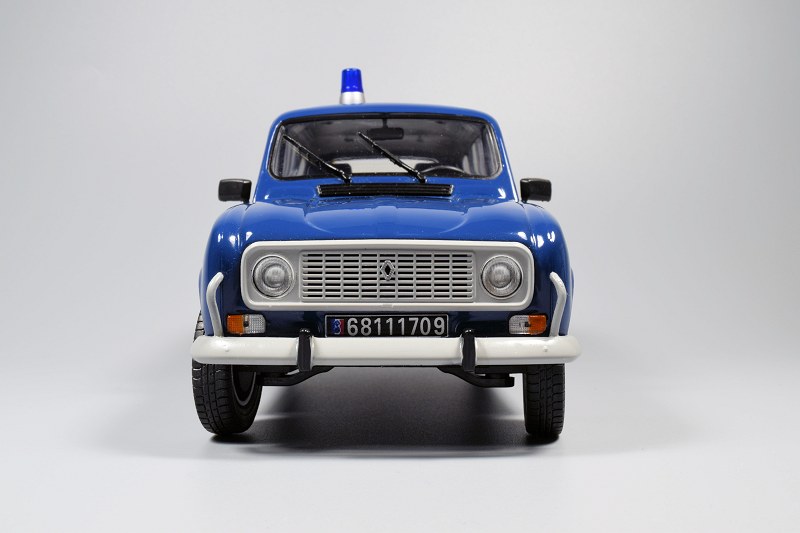 The front is executed well, but as I mentioned earlier plastic is the main theme.  A little extra care, maybe some paint would have developed the model more, though I do understand the model’s opening price point and one can only expect so much from a piece selling for around 35 Euro or less. 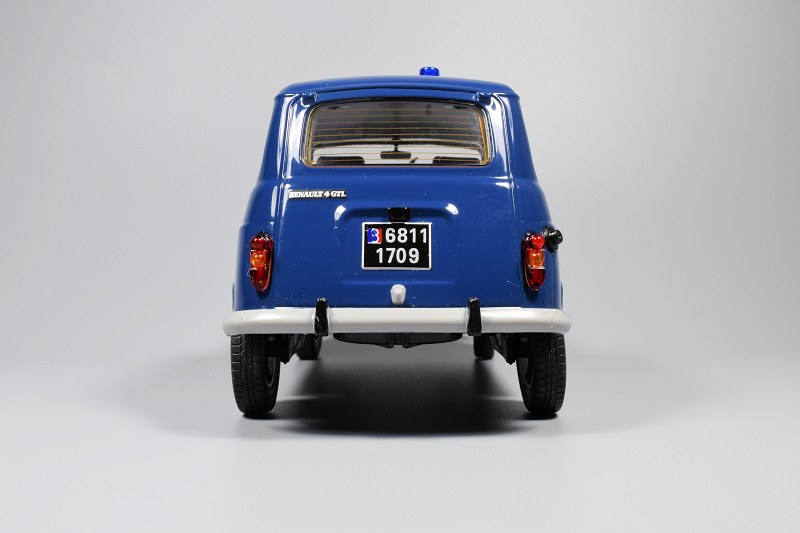 Rear is much like the front, though the Renault badge does add some appeal.  Also there is access to the storage area. 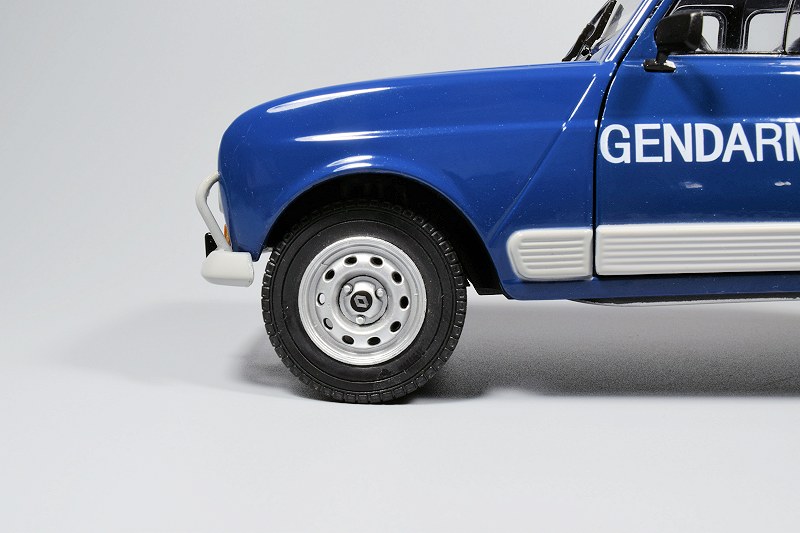 The wheels are correct to the period and are nicely crafted.  No detail beyond this is visible, and under close inspection there aren’t any braking elements to note.  However there are some basic suspension components, but most attribute to the steerable front wheels. 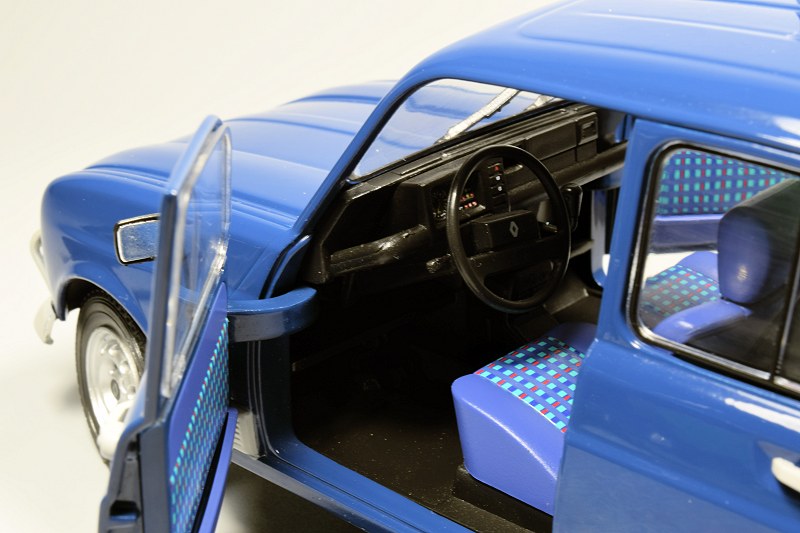 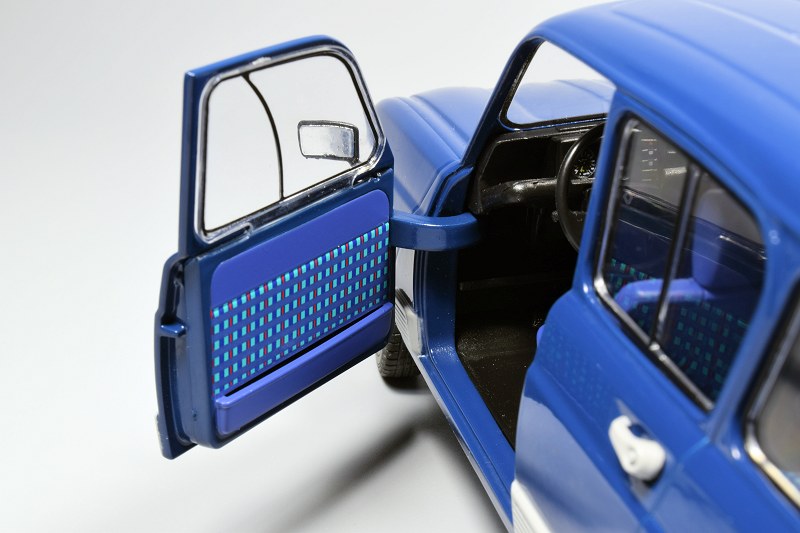 Inside the model is complete with all the traditional elements.  Also the steering wheel is better positioned, something lacking from the Renault MAXI 5 Turbo.  However the execution is somewhat dated, materials have that overwhelming look of plastic.  Again based on the price point the model overall is performing well. 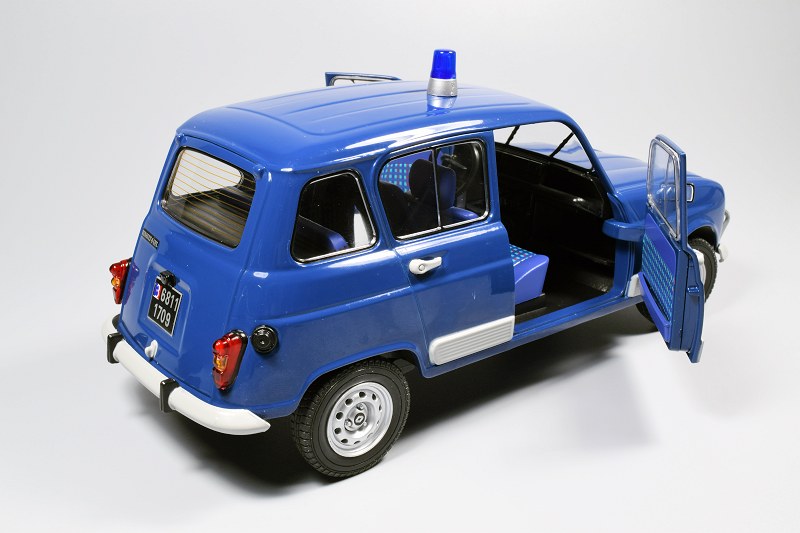 The Renault 4 Gendarmerie is no AUTOart, we all can agree on that.  What it does represent is a good, decent, opening price point model that would appeal to the history buff, French car enthusiast or someone who is keen on tangible visual elements for period dioramas.  Look into Solido, they have a good assortment of budget minded models, one of our favourites is the MKI  Volkswagen Golf.  Enjoy the pics! 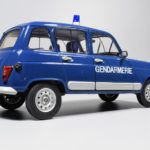 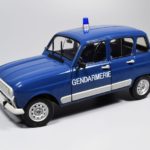 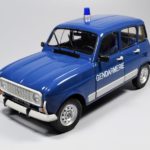 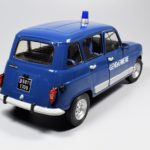 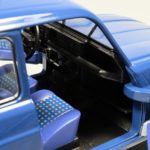 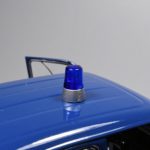 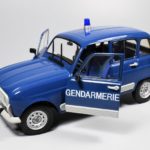