In 1968 rules changes had left the FIA World Sportscar Championship up for grabs and John Wyer, and other privateers, using the original small-block V-8 MKI Ford GT40’s managed to pull off an unlikely championship as well as winning the crown jewel – the 24 Hours of Le Mans. 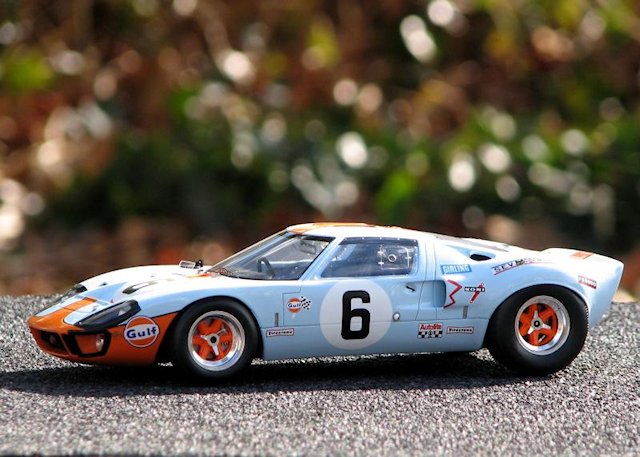 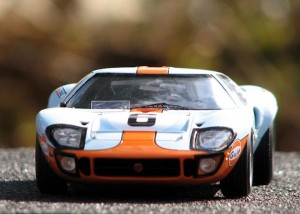 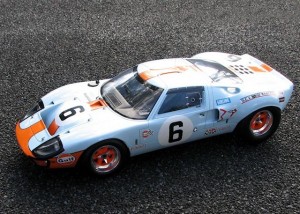 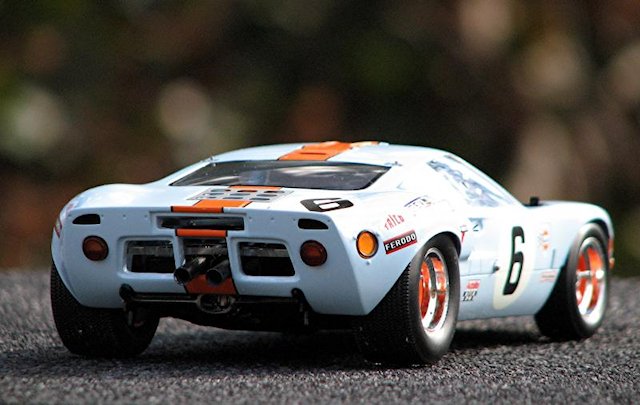 1969 was going to be another matter altogether. Matra, with the backing of the French government, was a year further into refining their formidable car and Porsche not only had their dependable 908 race cars, configured as long-tail coupes but also their ‘next generation’ 917’s that threatened to break every track record insight. The MKI Ford GT40 had been racing in one form or another since 1964, an eternity for a prototype sports car, but it had been continuously refined and had evolved into a dependable race car, even if it was no longer able to run with newer cars like the 917.

At Le Mans that year it turned out that the Porsche 917s proved to be superior in every way to the competition except one, they were not able to last the race. The Matra cars showed that they were not over their teething problems and spent too much time in the pits to contend for the victory. 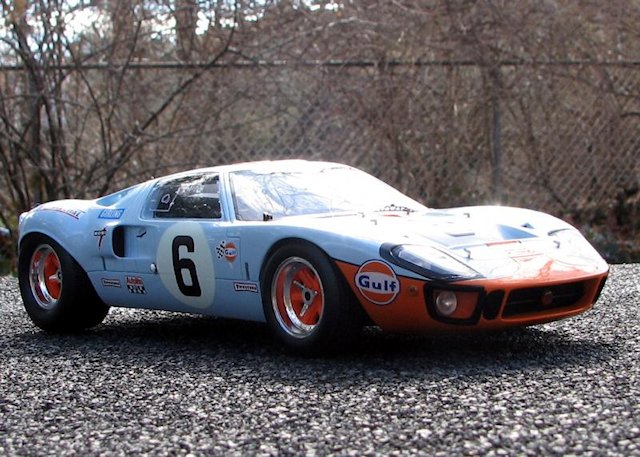 The combination of rugged dependability and the driving brilliance of Jackie Ickx, who went head to head with a Porsche 908 coupe for the last two and a half hours of the race, won the day and Ford had its 4th consecutive victory at Le Mans.

It was all the more amazing because the car that Ickx and Oliver drove to victory that day, was the very same car – chassis # P1075 – that had won the race the year before!

Following up its model of the 1968 Le Mans winner Spark has chosen to make a resin model of the epic 1969 winner and happily, in most respects Spark did not just give us the 1968 winner with a different number on it. 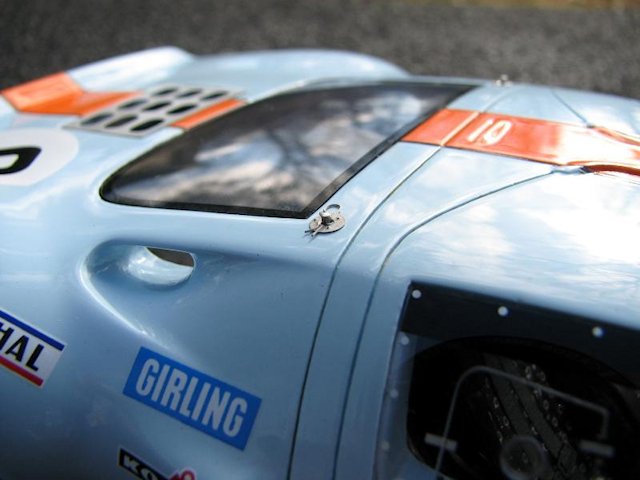 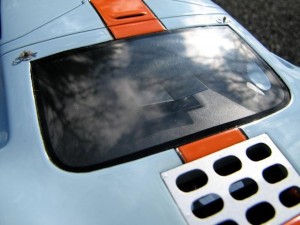 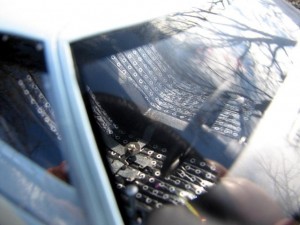 The iconic Powder Blue and Marigold Gulf livery is well executed as is the livery. The ‘glass’ and lights are likewise well done, as is what you can see of the interior. It has some very nice fastener details as well and the wheels and tires are good although the rear tires look a bit too widely spaced to me. In short, all the exterior detailing is clean, crisp and first-class.

The details reveal some of the little changes between the 1968 & 1969 versions including the signal light in the front grill, the wind deflector in front of the driver’s side windshield and the revised intake louver at the tail. Adding the taping around the lights was also a nice touch for those of us who have both cars and are looking to set them side by side on the shelf – little differences like that really make for a more interesting display. 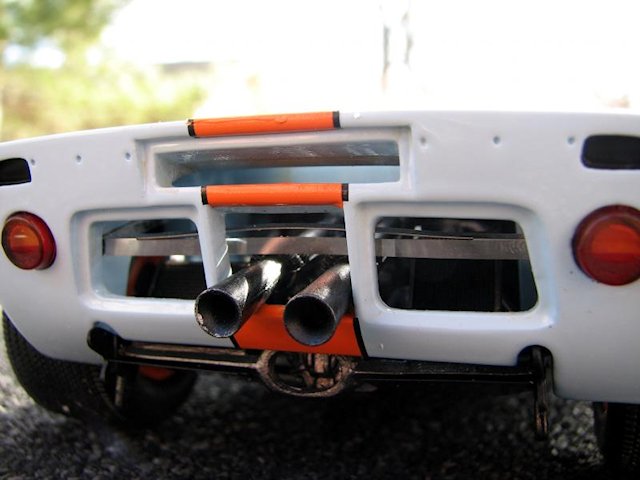 The issues? First the small issues.

The stance looks good but the track of the tires appears, to my eye, to be too wide. Pictures of the actual car show the wheels tucked a bit in under the body. It is likely something that most will not even notice.

The second issue is something that everyone will notice. Unlike the 1968 model that Spark did, this car does not carry Firestone livery on its tires. Spark says that the car ran the actual race with unliveried tires. Most photos seem to tell another story but most photos are of the pre-race variety. It is certainly possible that the car, for sponsorship reasons, was shod with liveried tires for everything but the actual race or that changing track conditions compelled them to go to some unliveried tires for at least part of the race. You will have to make up your own mind if the tires are a deal-breaker. 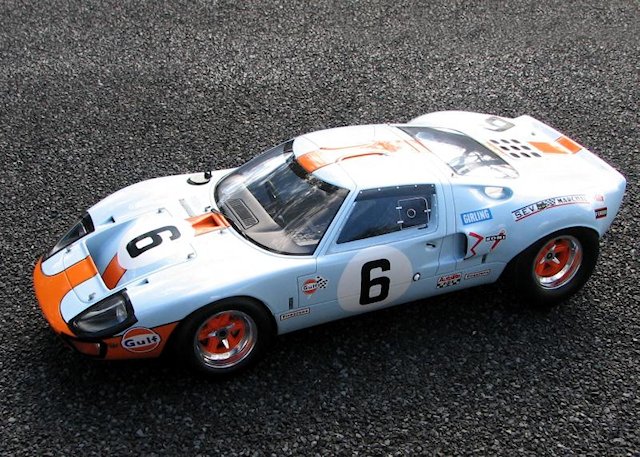 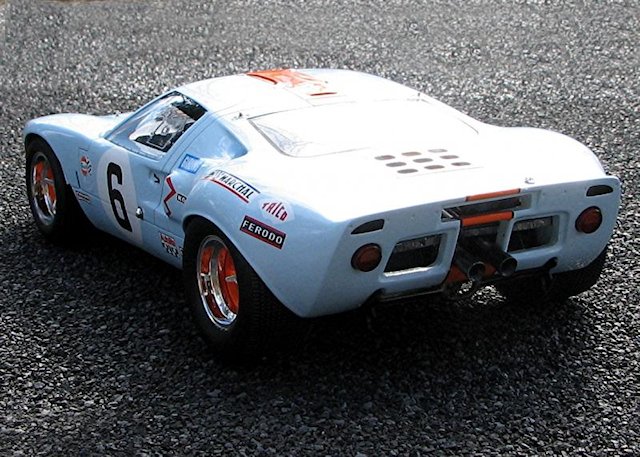 The big issue – it s a resin car and thus sealed – what you see is what you get and you pay a pretty handsome price for this one. If a model of this exterior quality with full opening features came out tomorrow…  That said, it is an iconic car, arguably the definitive Ford GT40. It was a two-time Le Mans winner and this well-executed model by Spark is of its greatest victory.

A winner of perhaps the greatest race in Le Mans history, with a great ‘back story’ a great driver and the model comes dressed in the incomparable Gulf livery. I’ve been waiting for nearly a decade for a model of this car to put on my shelf – the wait is over for me.