This weekend is dedicated to pocket rockets.  These cars are defined as budget cars with a lot of testosterone and are considered very light on the pocketbook.  The first of two is the NSU TTS.  A new special edition released by Revell is a livery free and limited edition of 1000 pieces.  I was actually considering making my Speiss S into a presentation/streetcar, now no longer required.  The original series of NSU TT and TTS was showcased back in the early to mid-2000s.  About 7-8 livery cars were produced, all of which were limited to 2500 pieces worldwide.  And all of which are VERY rare to come by today.  I will lucky enough to score the NSU TT Speiss S a few years ago, which I now recently sold.  Unfortunately, I don’t know much about the history of the car, but I do know I like small compact cars, from the seventies and eighties.  The NSU with its Fait inspired looks and the unique rear-mounted engine is a true gem in my collection. 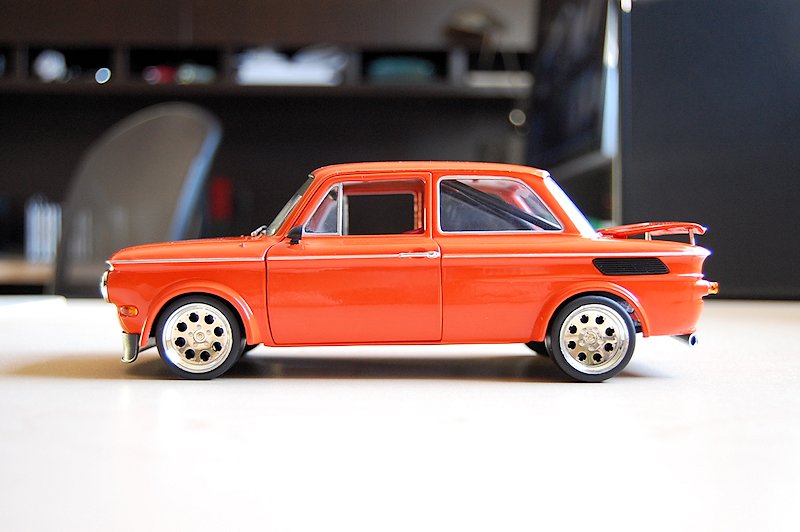 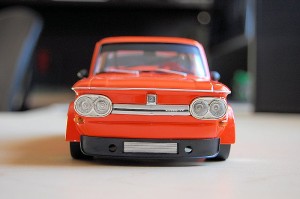 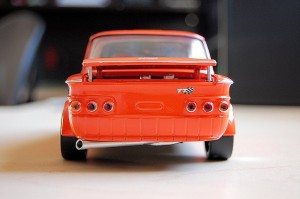 The no-nonsense exterior and interior are built for one thing RACING!  The lines are true to the 1:1 from what I can gather.  The paint is above average, though some orange peel effect is visible.  The Jägermeister Orange is a perfect colour choice for such an unusual automobile too.  Panel gaps are decent around the doors and rear hatch but the mechanics on the doors are a bit flimsy, especially the passenger side.  This can be attributed to the old school hinge work from Revell that was not updated for this new release.  Overall everything works well. 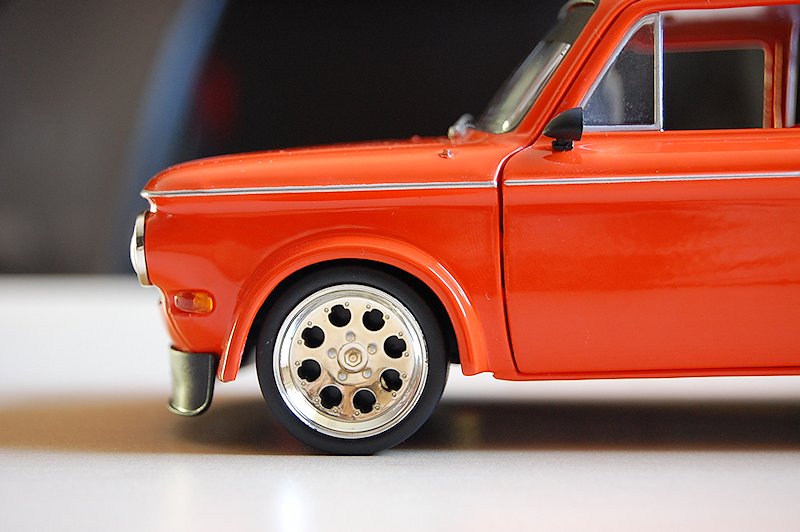 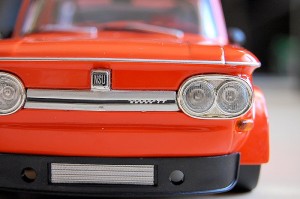 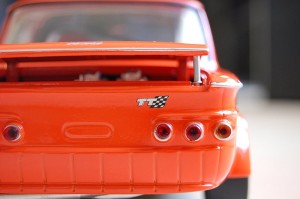 The wheels are unique to the NSU racing livery, a two-piece wheel that falls a little short in execution in 1:18 form.  The chrome work is sufficient but the rim is a little rough around the edges.  Tires are racing slicks and low profile.  Though not perfect for a budget model I can live with the shortcoming. 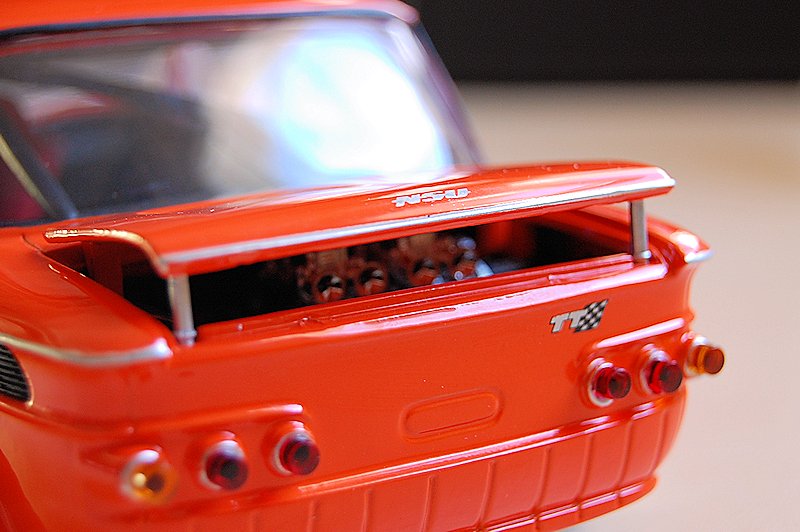 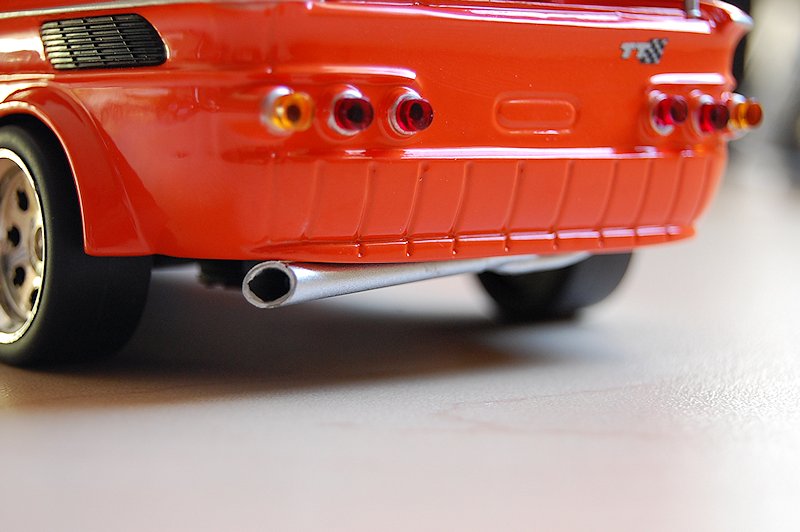 Turning to the motor we head to the rear of the car.  The NSU has a rear-mounted motor, for hill climbs and auto-X, the weight balance here is quite remarkable for the period.  Not much going on inside the engine bay as the rear deck access is limited to opening up a few millimetres.  Revel also includes two pins to prop the hood in place.  This serves two purposes, rear spoiler and motor cooling.  Sideswipe exhaust is another cool feature here. 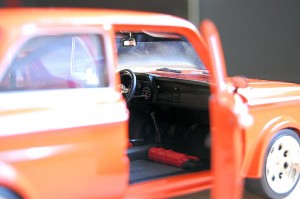 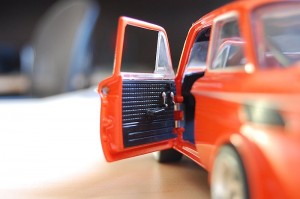 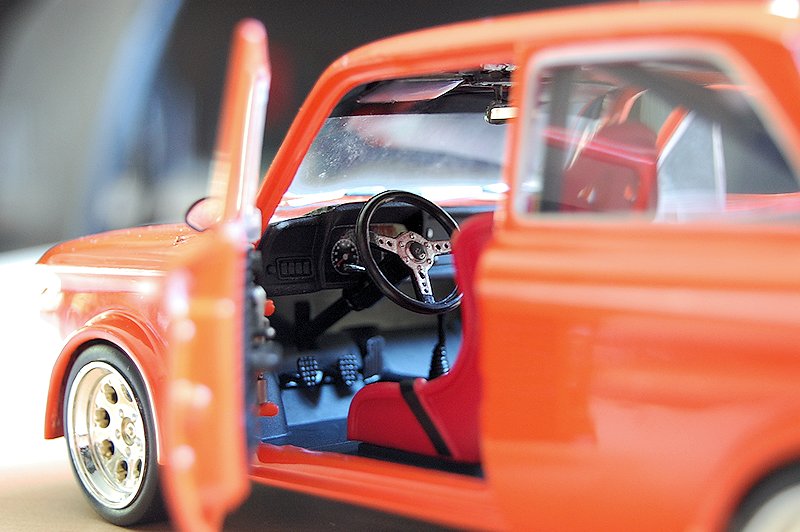 The interior is sparse, but that is expected from a ‘racing’ car.  Features include a traditional NSU dash, single racing seat, fire extinguisher, and roll cage.  Fit and finish on all pieces are better than expected for a budget car, but a little paint on the pedals and shifter would have been a nice touch.  I guess I could do this myself… 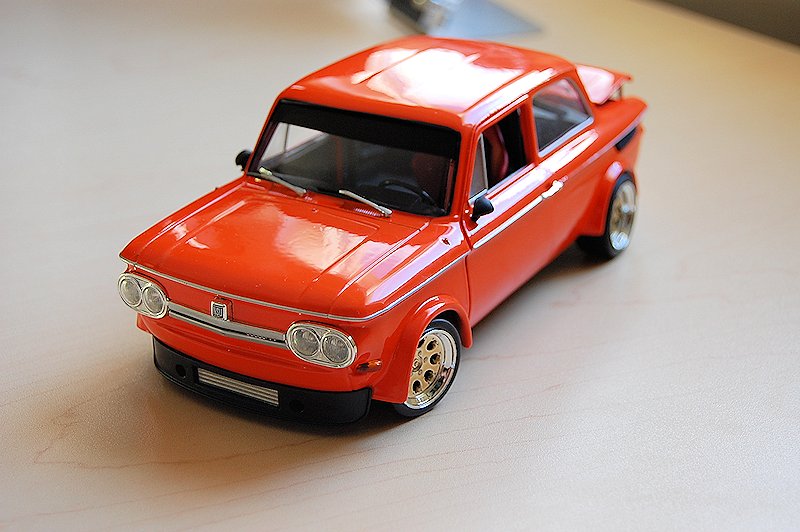 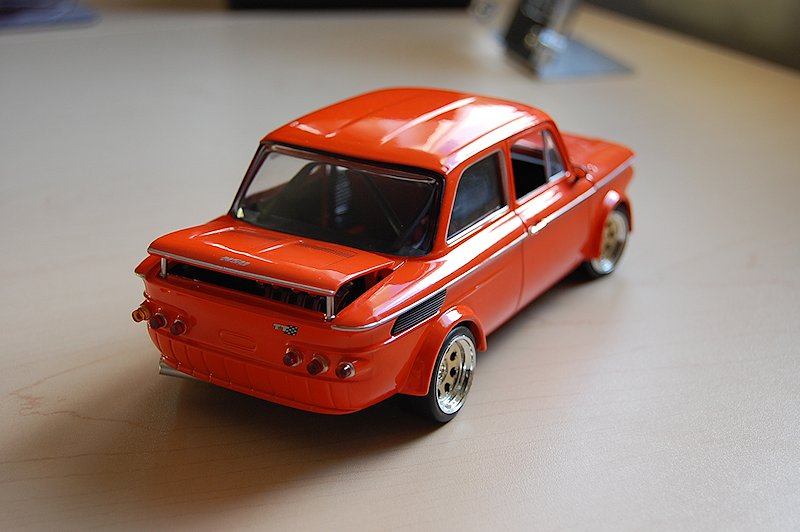 This car isn’t for everyone, in most cases, people won’t even know what an NSU TT is.  I know I was naive until I saw photos of the model a few years ago.  From my perspective, I’m happy that this car is now in my collection.  Being a fan of presentation autos, the limited edition release afforded me this without the required work of a re-spray and such.  Also, the price was fair around $64CND.  A quick Google the NSU will return a lot of cool racing videos that just may inspire you too.  I guess I’ll let you can decide if you want to add one, enjoy the pics! 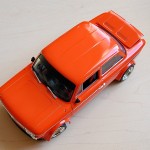 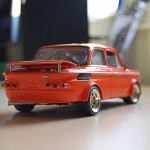 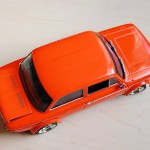 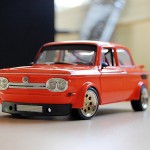 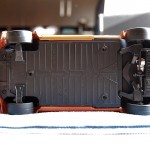 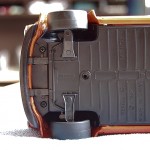 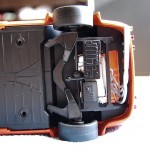