The 1960s. In that single decade, rules were broken as motoring’s most celebrated classics arrived on the scene, with names such as ‘Ferrari 400 Superamerica’, ‘Ford Mustang’, ‘Jaguar E-Type’, and of course, the Aston Martin DB5.  Breathtakingly beautiful, backbreakingly fast, yet still suave and sophisticated, it was the pinnacle of Aston Martin’s
golden age.  And still is. Fifty years later, it remains the epitome of Aston Martin, familiar to everyone from the car buff to the James Bond junkie. It doesn’t need a sign at rallies, it doesn’t need a caption in books – one glimpse of that magnificent exterior and the word ‘Aston Martin’ is all we need. 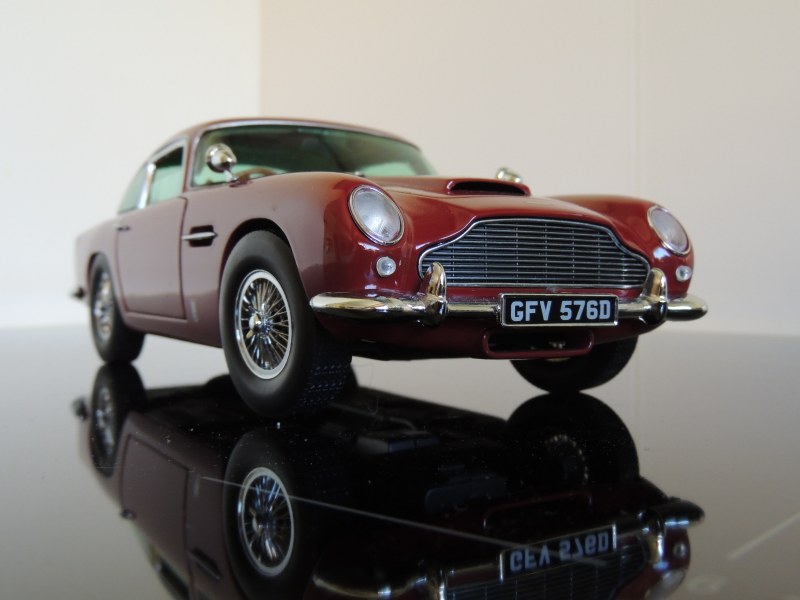 And of course, we also need a model of it.  The better model DB5 would be the 1:18 one by AUTOart, except for the fact that they just stopped producing it.  So the only remaining option, at least in 1:18 scale, is the Sun Star one, reviewed here.  Available in four different colours (British Racing Green, Silver Grey, Blue, or Dark Red), with complementing interiors, we should have been spoiled for choice had there only been one with fold-out guns and a Skyfall backdrop. 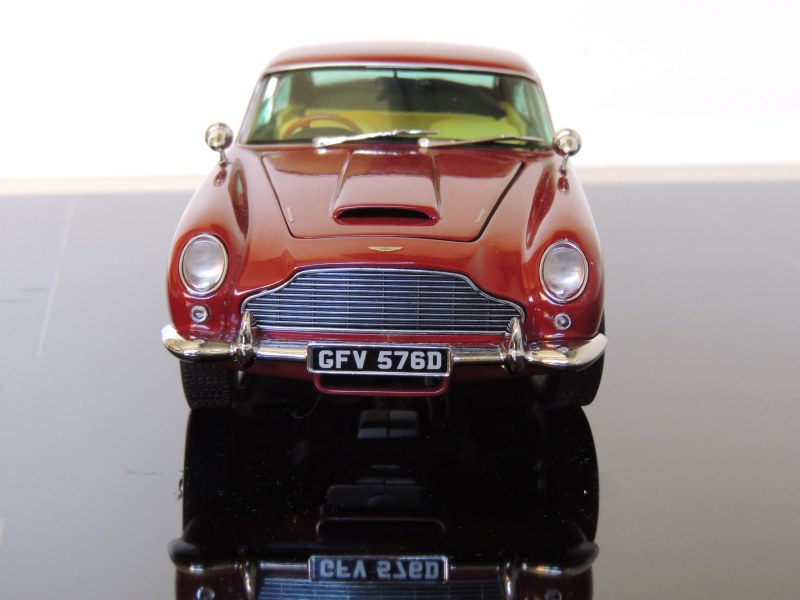 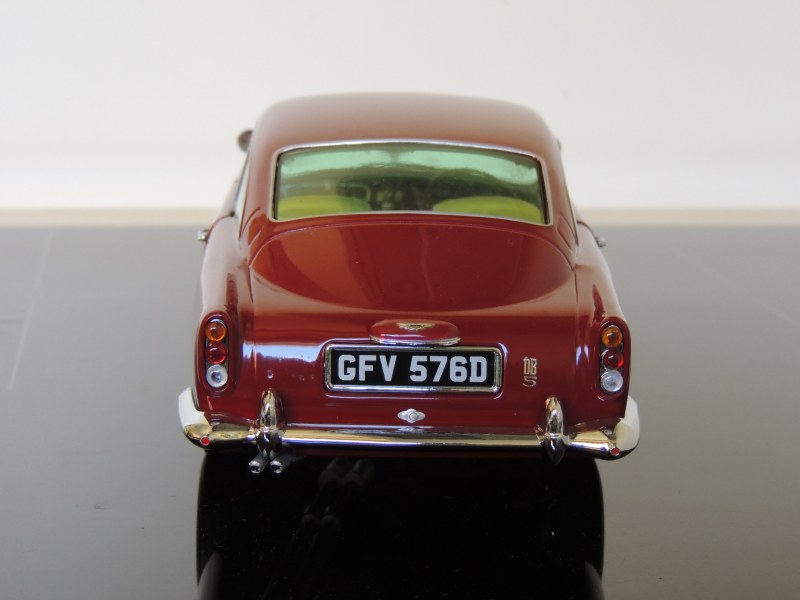 Taking the model out of the box can be a little disappointing though, in part because of the ominous structural failure of the box (Buy some Loctite glue with this one). One of these disappointments concerns the fact that the boot actually does not open – considering that Bburago can make this happen on their $50 models, Sun Star can certainly make it happen on their $100 models!  Another fault is that the car sags due to a broken clip; more of an individual problem, yes, but it still reveals a quality control issue.

Despite this, the exterior of the model does look rather stunning, with its well applied paintwork and detailed craftsmanship. The ‘Aston Martin’, ‘DB5’ and ‘Superleggera’ badges are finely rendered, as are the wire wheels, the head/tail lamps and the other exterior ornaments. It is also quite heavy, weighing over 6 kilograms. A very nice paperweight then. 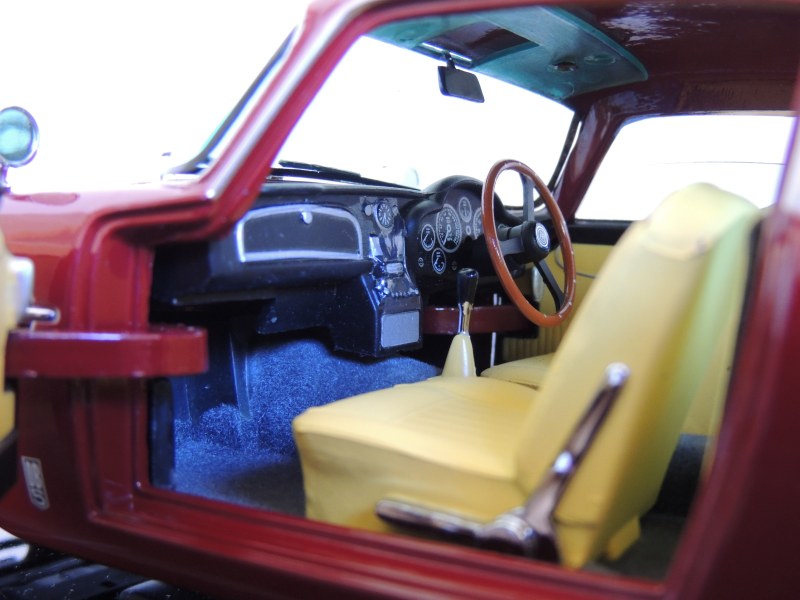 The DB5’s interior, however, does not entirely live up to the class and craftsmanship of the exterior. For one thing, the upholstery is a blazing bright yellow! Black seats good, beige seats excellent, but yellow seats? Yellow should be confined to replicas of the French. For another thing, the centre dash console has a gauche glue mark across it, resembling a piece of sticky tape. Again, an individual problem, yes, but it still reveals a quality control issue. The seats also have a very thin coat of paint, and with a black undercoat, you can imagine what the effect is when a fingernail scratches it, back at the factory. Lastly, the carpet, while lovely in some areas, does not go all the way up the foot-wells.  Look closely and you’ll see that it stops halfway – not consistently either, but in splotches. Yes, it’s presentable, but not commendable. 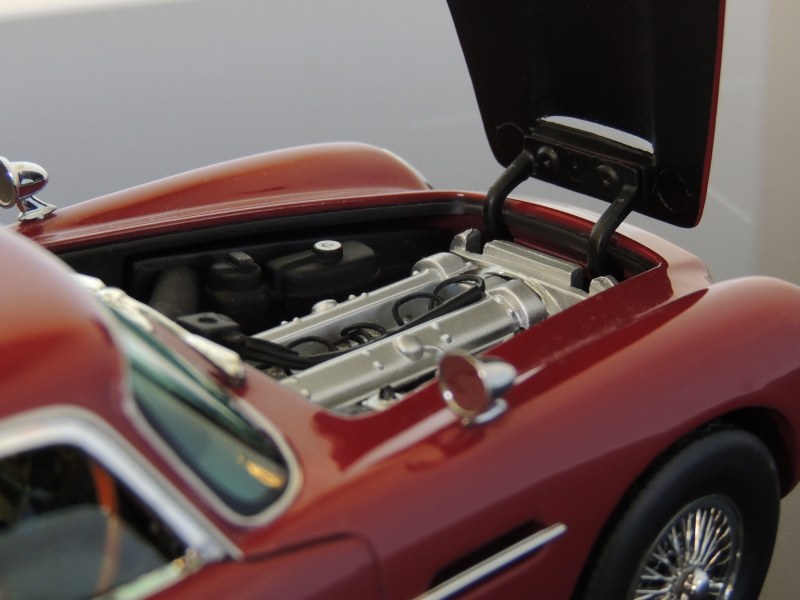 Unlike under the bonnet, which is rather commendable. The plastic used for the engine and mechanics is dense and good quality, and it is all nicely painted and presented. Part and parcel of this, the underside of the bonnet itself is painted in a matte black, and not just left as exposed metal. My word, it’s good. 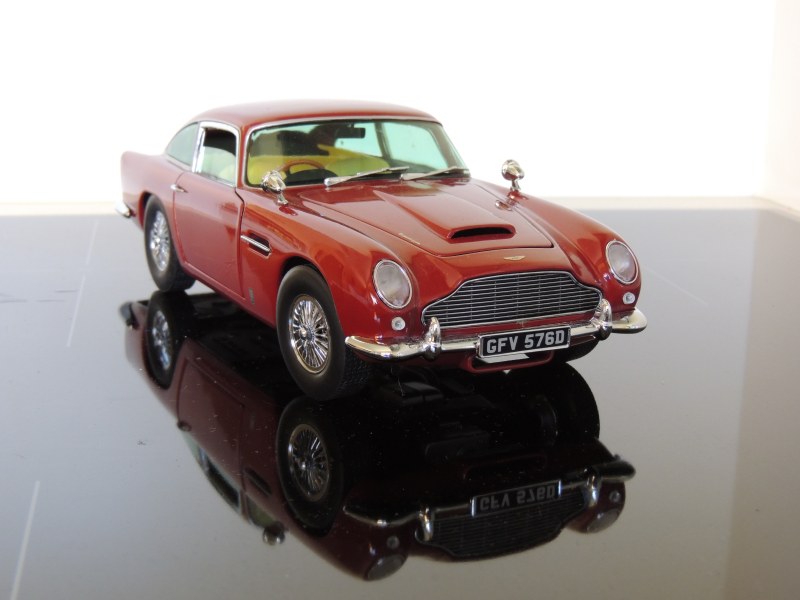 And as a whole, it is a good model. If you can overlook the blemishes, you will find a charming model that looks stunning  in the cabinet, on the book shelf, or even on the toilet window. It doesn’t matter where–“one glimpse of that magnificent exterior and the word Aston Martin is all you need”. 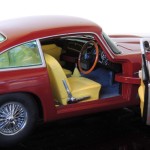 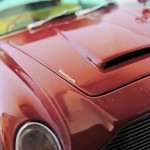