With thick-pile carpets and Macassar ebony, coupled with elegant, stately styling, the 1958 Mercedes-Benz 220SE Coupe was certainly a car to be seen in. A distinguished member of the ‘Ponton’ range, it was a hand-built competitor to rival Rolls-Royce and Cadillac models of the late 50s. 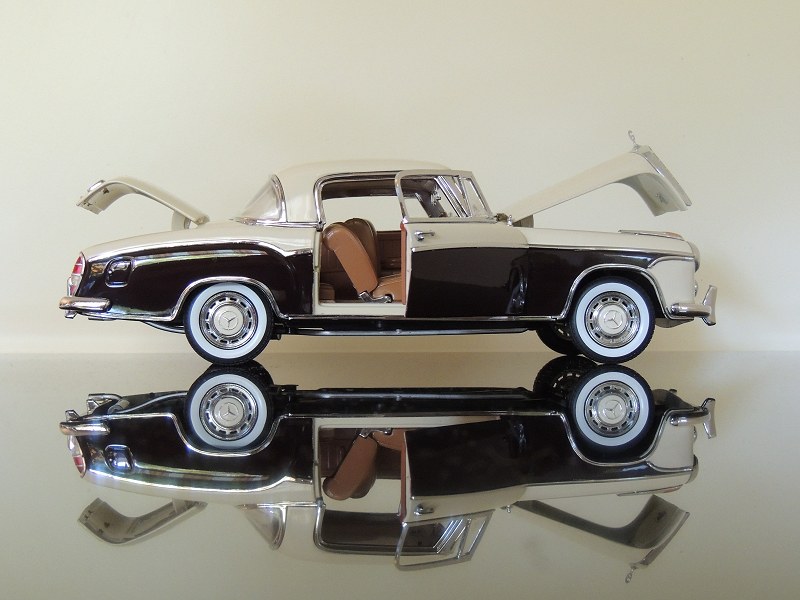 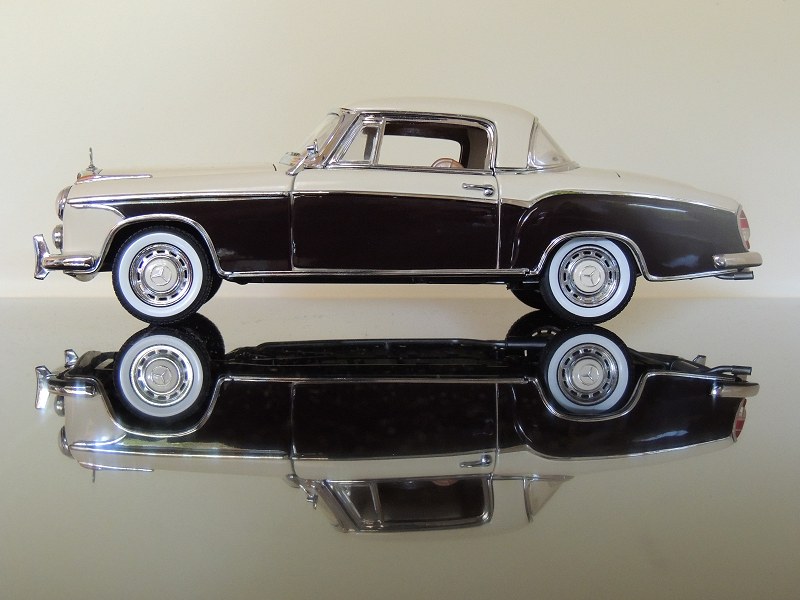 A model of it is therefore necessary, and I’m afraid to say, you’ve only got one choice. Sun Star is the sole producer of a 1:18 scale 220SE, available as a coupe or cabriolet variant. A wide variety of colour schemes are available, but the two-tone ‘Ivory/Fawn’ scheme shown here is now defunct. 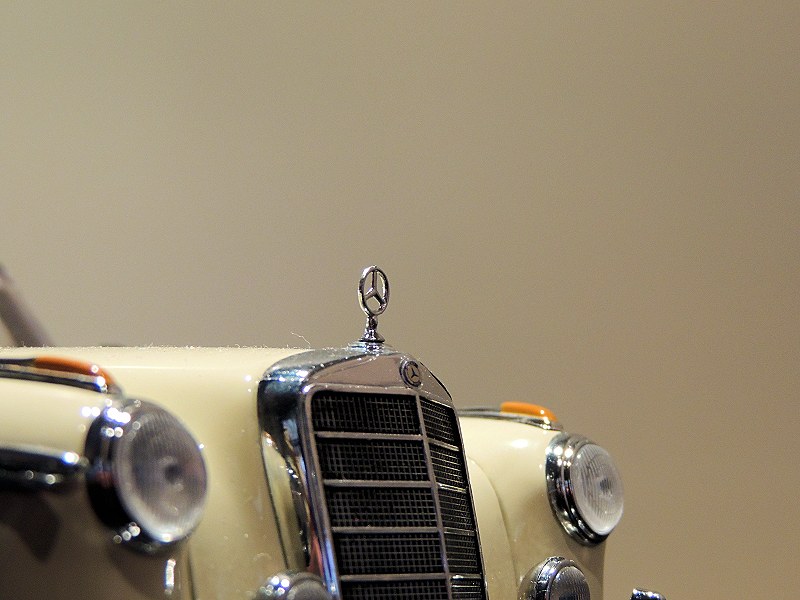 So what is it like? Of course, being priced at about $90.00, it is not quite up to AUTOart standards.  That said, it exudes an aura of solid craftsmanship that is instantly likable. AUTOarts are the pinnacle of lightweight refinement, but when it comes to a quaint air of firm, heavy, quality, Sun Star remains exclusively unique.  I love the front grille. It’s not just a slab of chrome plastic like Maisto does, but is in fact, a beautifully etched, realistic piece which really looks brilliant. The lights on either side of it are free of studs and finely rendered, while their corresponding counterparts on the rear are similarly good, except for some minor movement. The front Tri-Star ornament is delicate and fragile, while the Mercedes-Benz decal underneath is very detailed, bar when it falls off! Unfortunately, the chrome that eclipses the colour transition from fawn to ivory is somewhat unrefined. 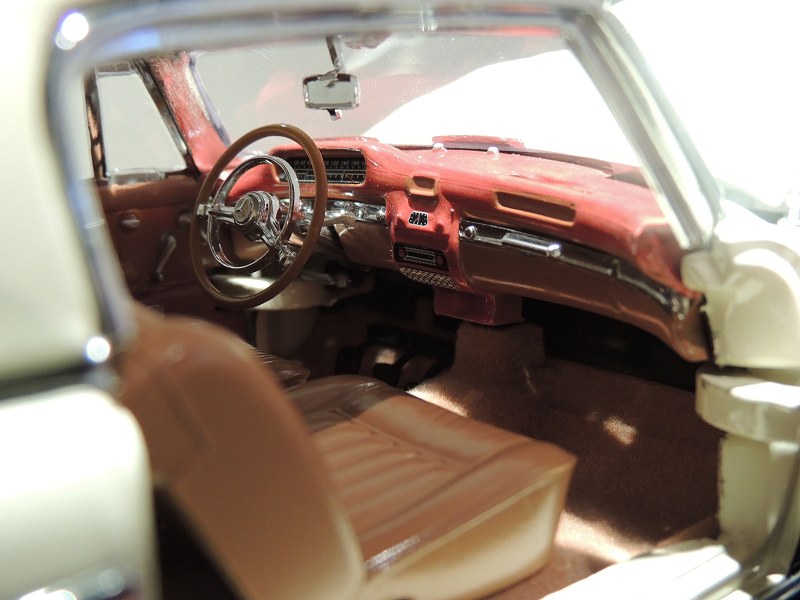 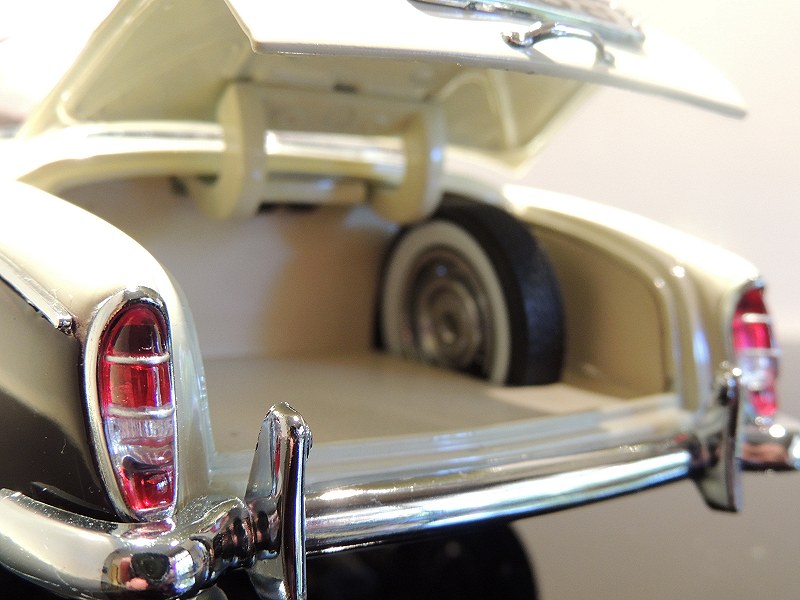 Sun Star interiors are generally worse than the exteriors, but thankfully, on the 220SE, the difference is minor. With the exception of tan paint that is applied rather too thickly, the folding seats resemble leather, the dash resembles wood, and the carpet looks, and feels, like carpet. The lovely tan carpeting even goes all the way up the foot-wells, and doesn’t stop halfway like Sun Star’s Aston Martin DB5. Good. Unfortunately, however, the inside of one of the doors has been painted, but the other has not! Quality control, Sun Star! Just as well I bargained for that one, thought I, when I discovered it. 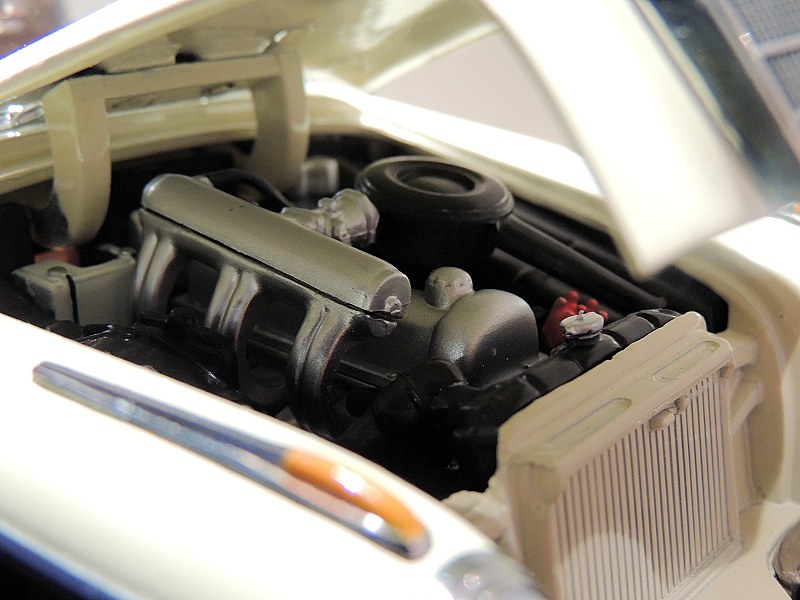 The engine is very good. From the silver motor to the textured red oil cap, it’s all well modelled, well painted, and well-detailed. It’s more than I can say for the boot, which is painted as white as a hospital corridor. For $90, I wouldn’t have expected it to be carpeted like the interior, but it could have at least been painted a reasonable colour, perhaps. Thankfully, there is a spare wheel to interrupt the wilderness of white. 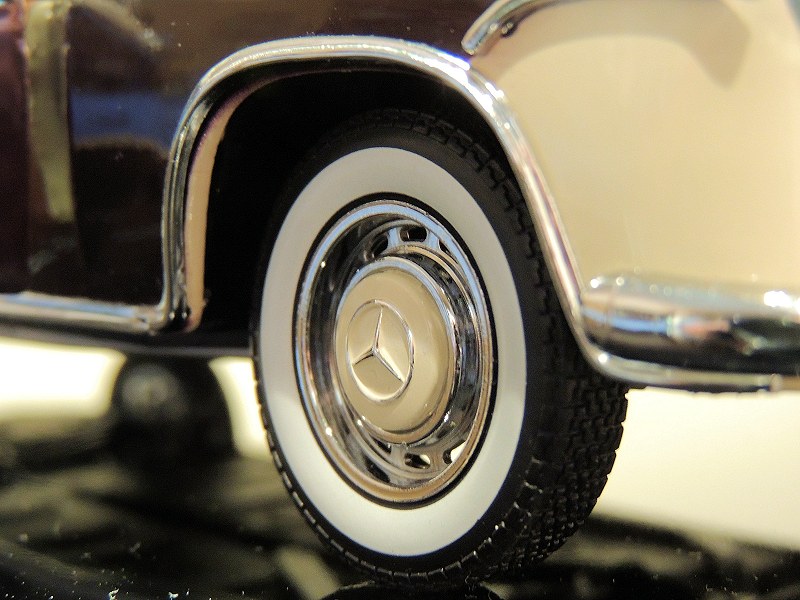 That said, I was, overall, very impressed with Sun Star’s efforts. It’s quaintly detailed, it’s largely refined, and it feels like it’s made of iron. But the 220SE’s greatest talent is its ability to look just as good on the study desk or the entrance bureau as it does in the cabinet. 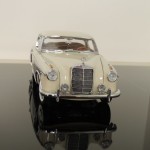 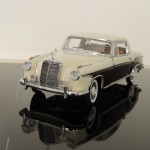 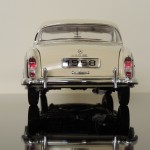 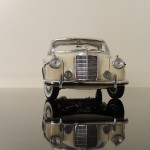