Well, this has to be the shortest update for the build to date… Initial parts for the next chapters of the Mercedes-Benz 300 SL build were not for the 300 SL but what arrived included a series of miscellaneous parts for the Die-Cast Club Ghostbusters car – no use here.  Anyone looking for parts of the Ghostbusters that include 04, 015, and 017 send us a note, we’ll be happy to help.

Upon notifying Eaglemoss of the error, a second attempt to acquire parts was more successful, so we thought.  Die-Cast Club was more than happy to provide some replacement parts – if you remember the last installment we declared a defective support strut and we broke one of the two fuel lines.  More on that below.

As for the parts for guides 6 & 7, once we sat down to complete these stages to our amazement about half of the parts were missing – these stages include a total of 8 separate parts collections, 4 of which were not included in the shipment.  Ouch!  We have addressed our concerns with the brass at Eaglemoss, still waiting to hear back.

Getting back to the build, it was stage five we broke the fuel line.  Even though there is now is a detailed video released by Eaglemoss we did not want to reverse the process and dismantle what we currently had built up.  Our solution, we snapped the nipples on the fuel filter itself and used a little thin CA glue to mount each fuel line – this included installing the opposite end is the motor block.  Easy as 1-2-3!  See results below.  Pretty good eh? 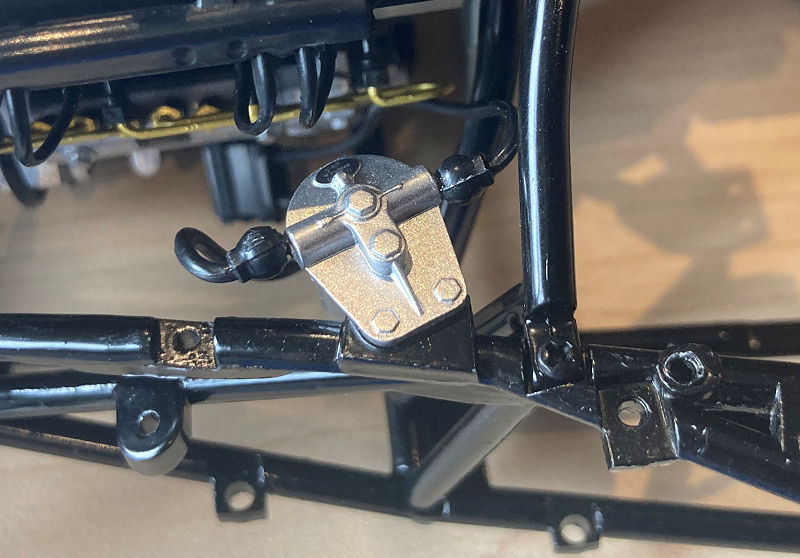 As for the front-end support strut, just unscrew the two screws, remove, replace and add the screws back and tighten.

So, with the parts we did receive we literally could only assemble the rear axle.  This includes left and right shaft assembly, spring dampers and coil springs.  Assembly is very easy here.  Parts and end results are shown below. 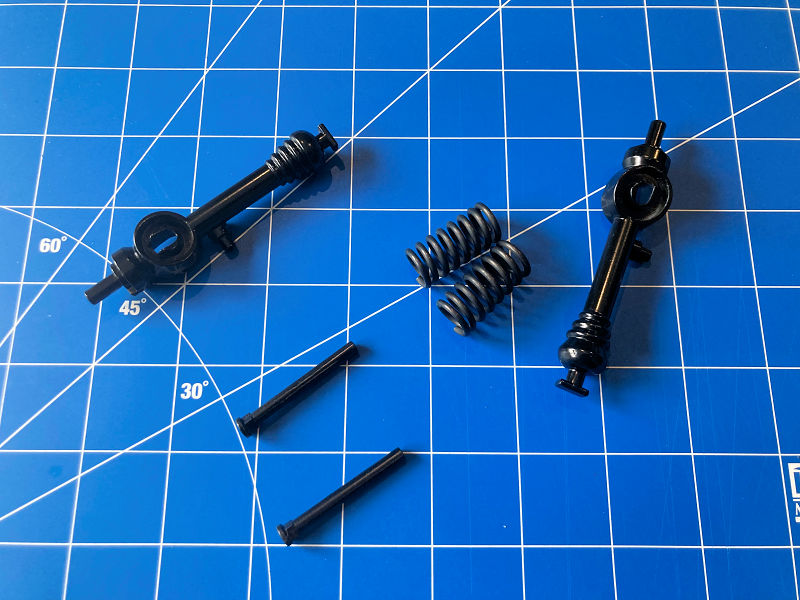 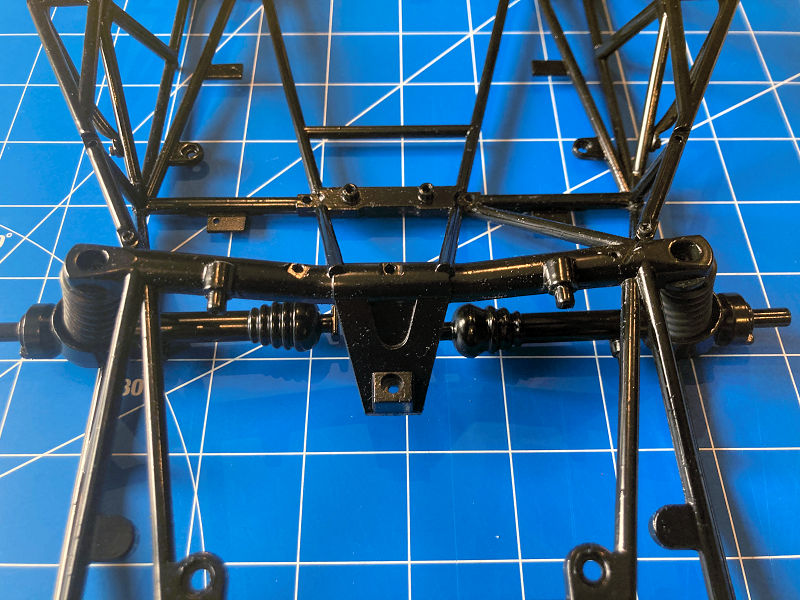 So, this is where we leave you for now.  Not sure what the future entails for this project, we are now awaiting direction from Eaglemoss.  We asked the team to provide ALL the remaining parts in full not to create any future delays.  This will also help our team plan and allocate time and applicable resources too.  Until then, happy collecting or should we say model building!