Pocher: Aventador Project Part I – Inside The Box!

Ho Ho Ho…  Santa just dropped off my Christmas present, the Pocher 1:8 Lamborghini Aventador LP 700-4. Seriously though, the folks at Hornby sent me the HK100 kit to build and review.  This will be a multiple series thread showcasing the model from the box, through assembly, and finally complete synopsis of the final product.

The Pocher brand has some history when talking about model cars. Various models through the years have surfaced – from Ferrari to Porsche.  The Pocher brand was acquired recently by Hornby, and as they eloquently say, ‘the Resurgence of a Legend’ with their latest offering is the 1:18 scale Lamborghini Aventador LP 700-4.

“In the beginning, H0 scale trains and prototype models for FIAT and the Turin Auto Show had been Arnaldo Pocher’s business but in the mid-sixties, he began manufacturing model kits of famous automobiles in 1:8 scale.  Over the years the company he founded produced models of iconic super sports cars such as the FIAT 130hp, the Alfa Romeo 8C 2300 or the Mercedes-Benz 500K.

Later having been acquired by Rivarossi the Ferrari Testarossa joined the new Prestige series of Pocher. The Testarossa was Pocher‘s first model featuring a body made of metal diecast, a formula for success that has been adopted for the new Ferrari F40, too.  In 1998 the Porsche 911 was Pocher’s last model kit. In 2004 Pocher joined the Hornby family and thoughts for a revival by Hornby kept being discussed for quite some time. After a long period of planning, we are proud to announce the Resurgence of a Legend!” 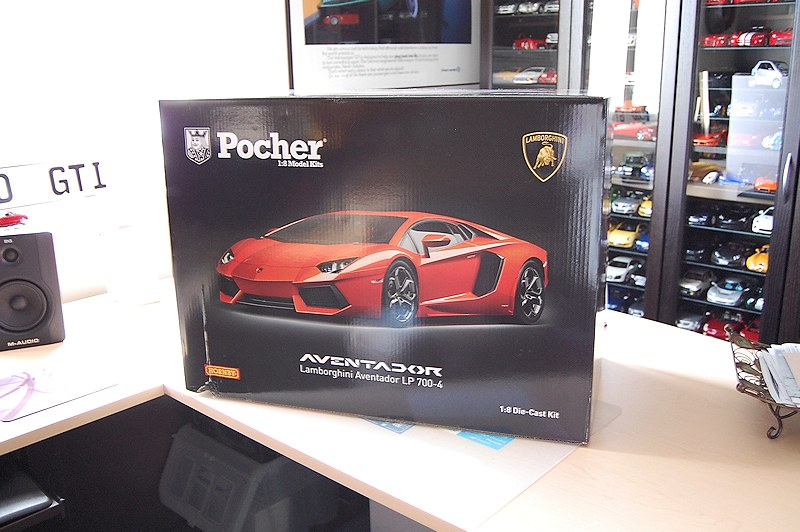 If you don’t already know what we have here, it is a 1:8 scale Lamborghini Aventador LP 700-4.  What makes this model unique is the end-user  (that would be me in this case) has the task of the full assembly of the model.  The model consists of 600 plus parts which include metal, rubber and premium quality plastic pieces.  The chassis and exterior components come pre-painted.  My example is in Arancio Argos or Metallic Orange. 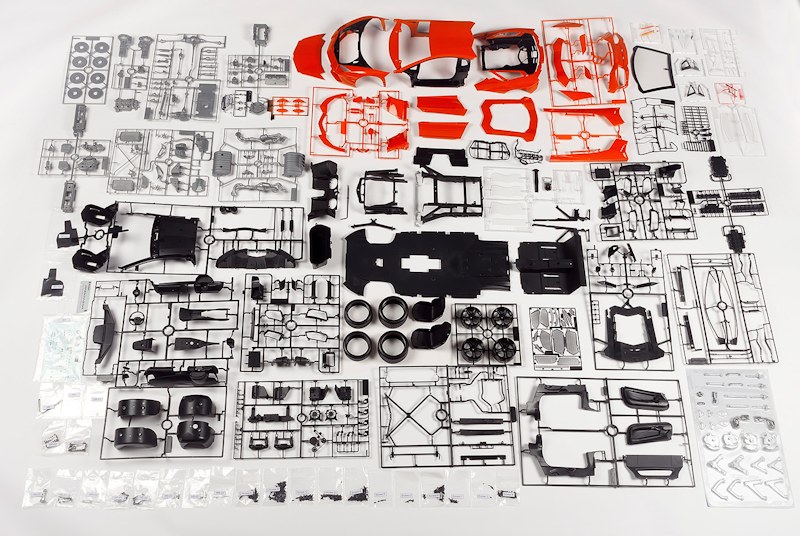 So what’s in the box?  First off, the box is huge!  I’m accustomed to seeing 1:18 scale packaging, so when DHL delivered the package, I was amazed at the size! Inside the parts are separated into two tiers, with the upper section housing all the plastics/rubber parts, decals, etc.  Similar components are connected in a grid system, as shown above, which mimics the old school plastic model kits.  I haven’t done a complete inventory but all the parts seem to be there and are individually wrapped for protection and organization. 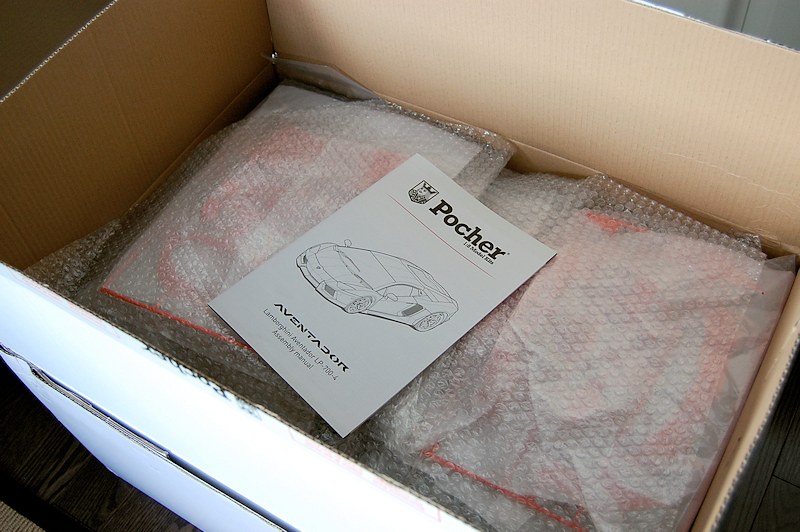 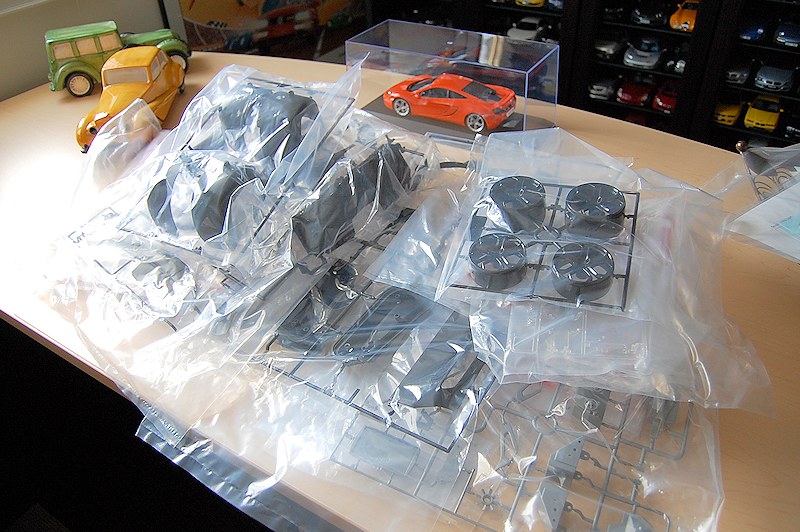 The second tier contains the exterior body panels and various metal bits.  I call it the heart of the beast!  Note the photo-etched parts on the top – nice! 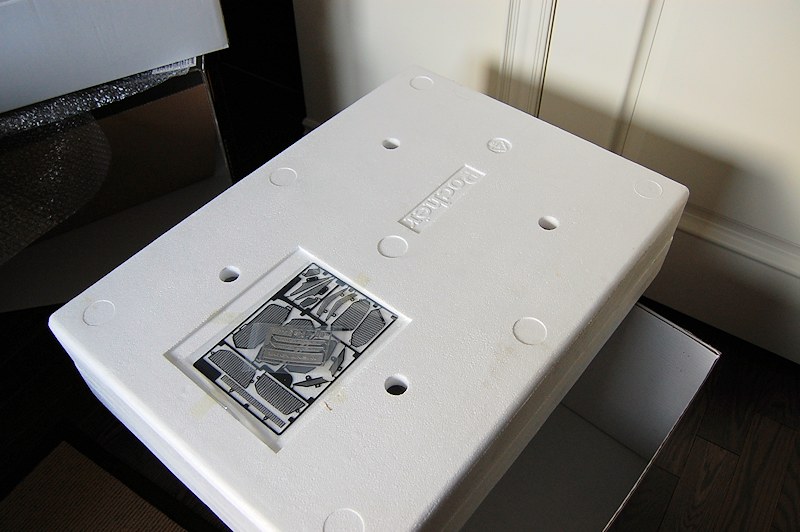 All components are individually wrapped once again for protection.  The entire package is safely cocooned inside a styrofoam shell as shown above.  Rest assured, your model will arrive in one piece and issue free. 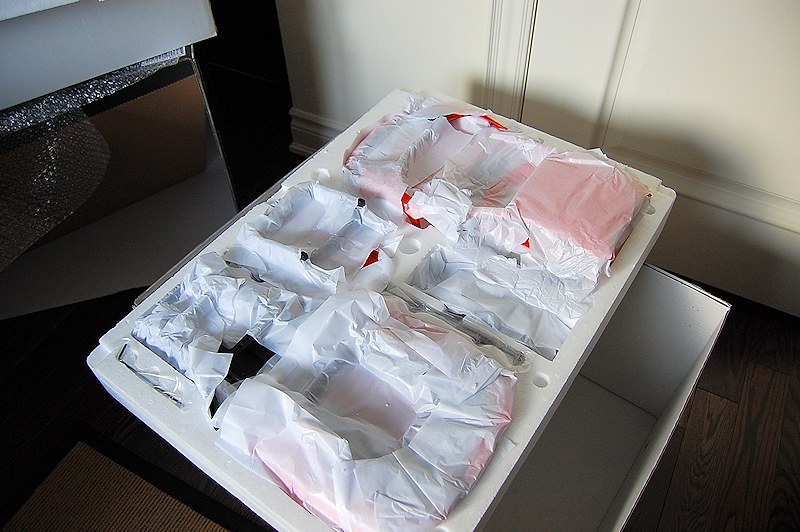 The quality of the paintwork is top-notch. Pocher/Hornby have definitely taken pride in their Lamborghini Aventador.  Well done! 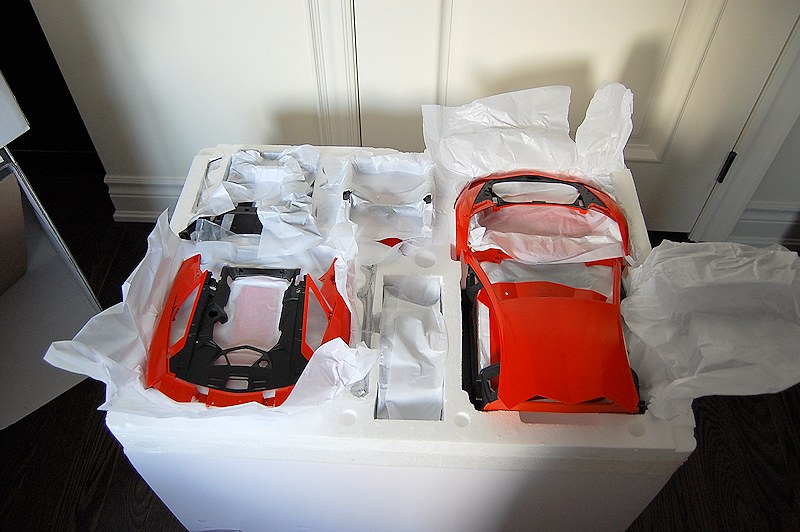 Well, that’s all for now folks.  Tune in to DiecastSociety.com for more updates on the Pocher Project real soon.  Part two to come…

For more information on this kit, please contact Pocher here: 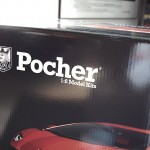 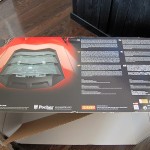 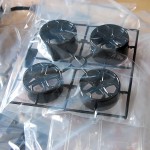 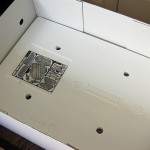 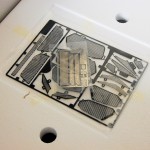 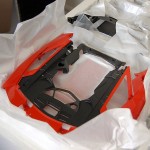 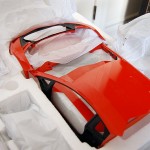 5 Responses to "Pocher: Aventador Project Part I – Inside The Box!"