Words and photos courtesy of Ravi/diecast

After a really long wait Kyosho released their most anticipated model of the year, the Rolls Royce Phantom Extend Wheel Base (EWB).  This model happens to be the second of two estate luxury offering, the first being the hugely successful Kyosho 1:18 Rolls Royce Ghost.  Kyosho released the Phantom in white and black with silver and grey on its way, along with the much desired Drophead Models. 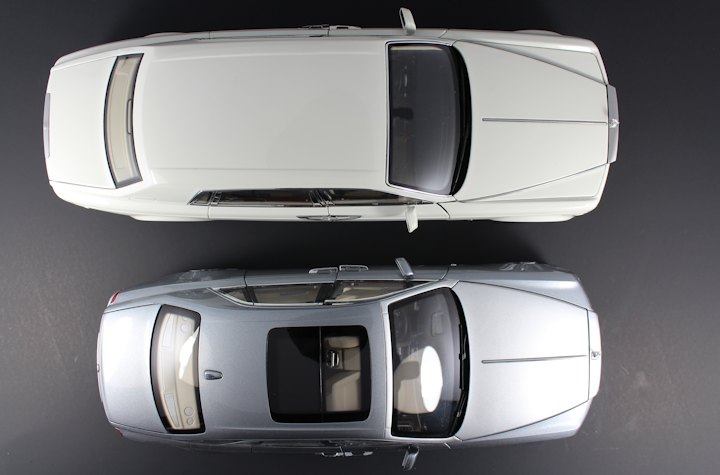 This is the second longest model in my collection after the Maybach 62.  It took me by surprise when I found out that Kyosho decided to go with the coach line Extended Wheel Base (EWB) version on this model. 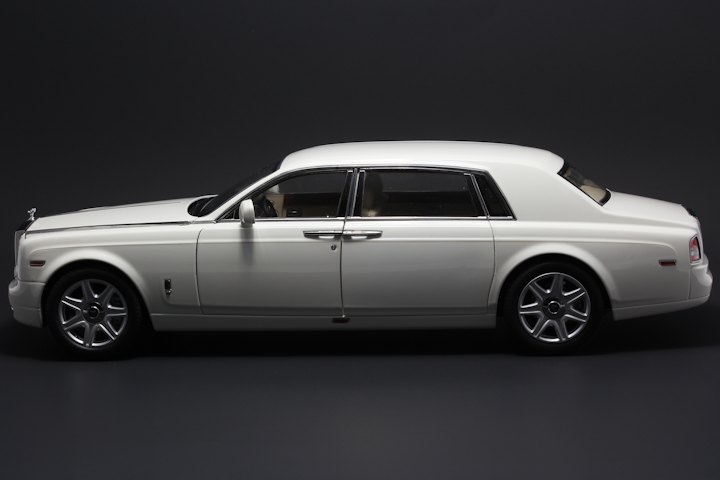 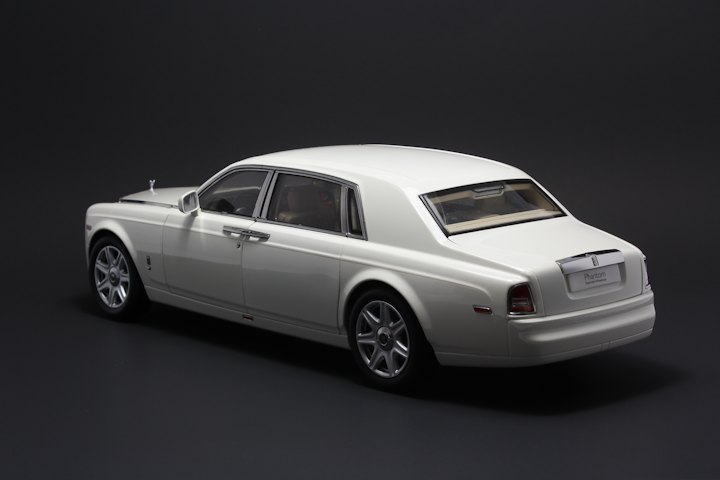 The exterior is quite charming, a true classic in luxury.  Finish is in white with coach lines on the side running all the way from front to the end of the car.  Very detailed craftsmanship can be found on the headlights, along with the turn indicators and where ever else the chrome is used on the car.  Rolls Royce Phantom comes with the retractable rear view mirror just like the Rolls Royce Ghost. The model comes with the traditional Rolls Royce Grill and Royce hubcap covers, definite trademarks of the brand. I was shocked to find out the car was launched without the sunroof which was a major disappointment.  The rims are quite basic in style, whereas I prefer more chrome and flash.  Just like the Chinese version, the car is heavy; this extra weight adds pressure on the front wheels, which appear to affect the front camber at times. 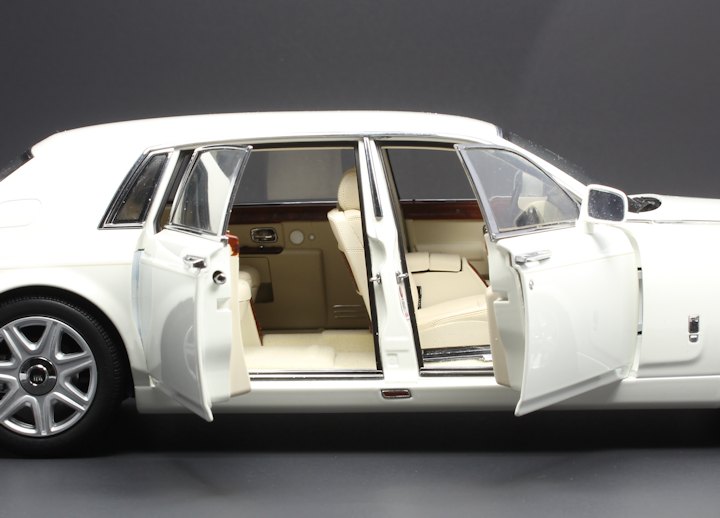 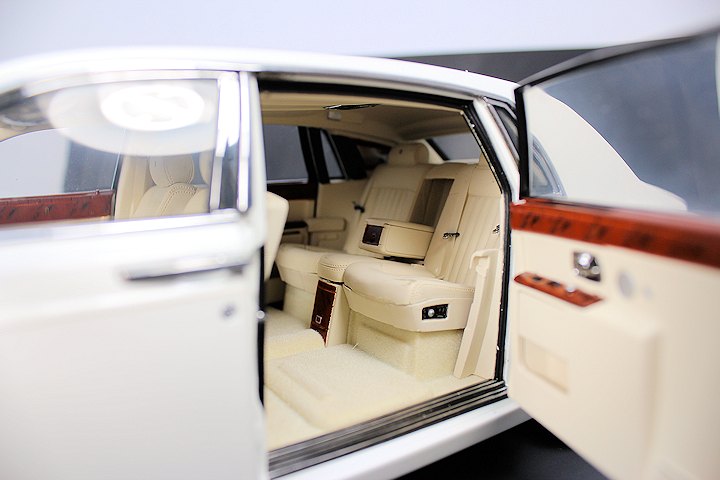 Interior is in classy plain light beige. The dashboard is very well defined with great details throughout.  Rolls Royce Phantom features many new functional items like operational glove box, central arm rests in the front and the rear, and sliding rear and front seats have all added to the overall detail and execution. Not to miss, the model is packed with the traditional Rolls Royce umbrellas.  However I feel certain details/refinements inside the car were missed.  If you look closely at the interior images you’ll see exactly what I mean.  A model of this calibre should be near perfect. 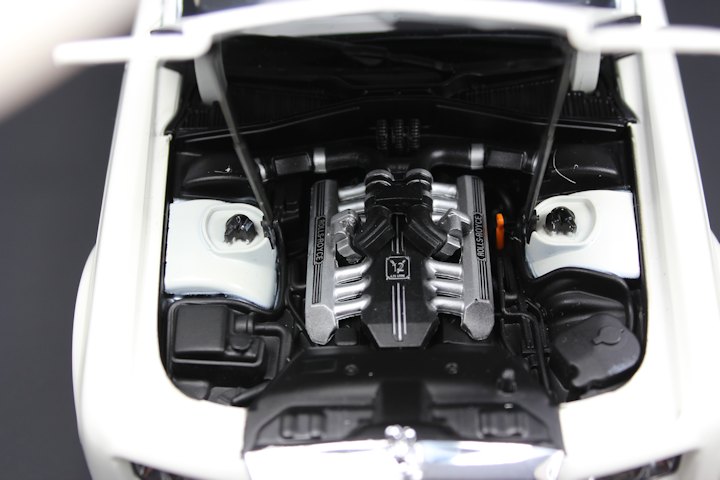 Engine detail on the whole is well defined with good finish throughout.  The hood features nicely detailed solid struts to open the hood and firmly keep it at rest. The rear trunk space is large and fully carpeted.  Detail here is again on par with the rest of the model. 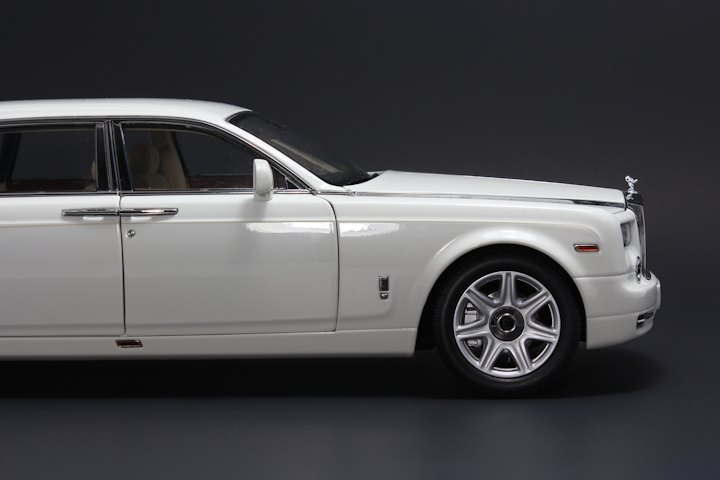 Overall these high-end luxury models don’t have mass appeal, but if you’re a collector of fine luxury, the Rolls Royce Phantom Extend Wheel Base (EWB) is a true example of luxury to the power of ten.  Though there are a few setbacks with interior execution with the model and lack of support for the added weight of the extended wheel base, Kyosho still has a winner here. 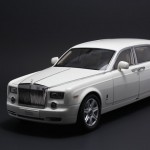 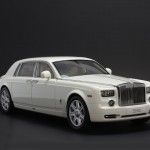 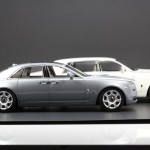 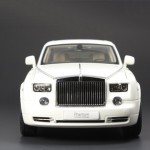 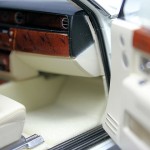 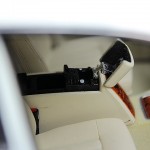 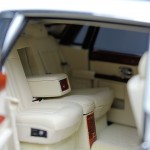 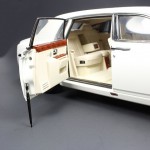