I always go on about certain special AUTOarts in my reviews and how they only come about once every few years. Now that AUTOart is fully switching to plastic models, they may no longer be made ever again, so I’m very pleased to say that this here is the latest one. They chose to bestow the honour on a relatively obscure subject. Indeed, before AUTOart announced it, I doubt I had ever heard of it. The good (or bad) thing about AUTOart is you have a lot of time to sit and scratch your head, from the time the model is announced to when it is produced. As ever, I’m not going to bore you with history, but the Honda RA272 is a rather special car for Honda, that put them on the map, so to speak, in Formula 1 racing. It wasn’t very successful in terms of the big picture, but it proved that Honda did know what they were doing. So, having waited about four years since the announcement, was the model worth it? I kind of gave it away already, but let’s go through the motions just because we’re all diecast lovers here. 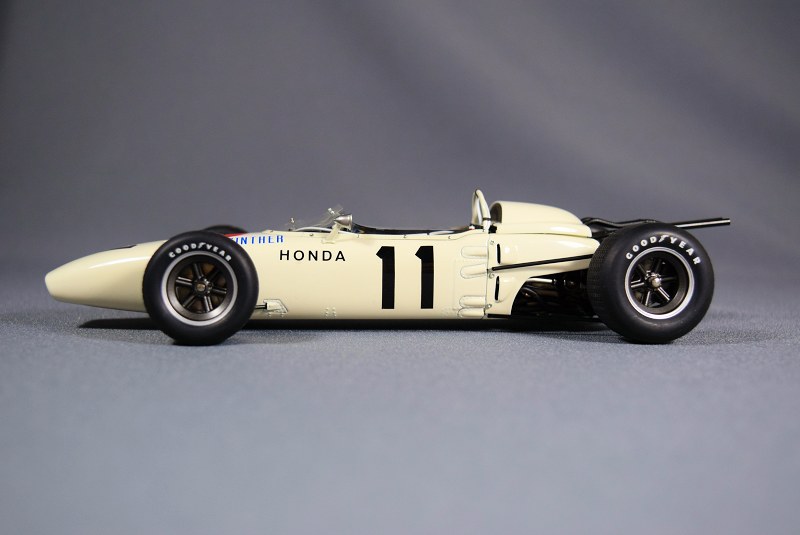 The model is so light, that you at first think that there’s nothing in the box. Once you’re handling the model, it’s actually pretty heavy for its size, and it’s tiny as hell, measuring in at 8.7 inches. That’s with the exhaust sticking out, by the way. Without the exhaust, it’s a real shorty at just under 7.5 inches. Don’t let the diminutive proportions fool you though – this thing is packed with detail! It’s got, make sure you’re sitting down for this, 529 parts! Just to put that into perspective, her highness Pagani Zonda R (also by AUTOart) has 680+ and is twice the size. For me, this is enough to put it into the same category of greats as the Zonda, Nissan R390, and the Jaguar D-type, just to name a few. 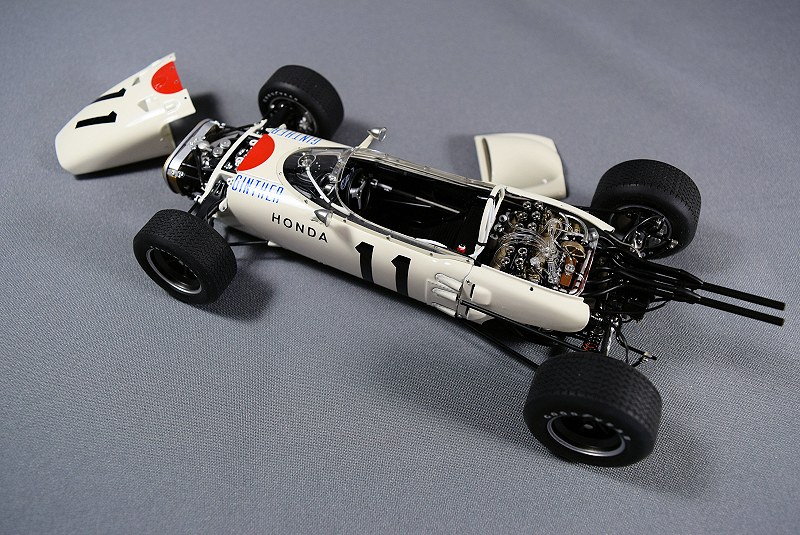 There is some assembly to be done out of the box. The engine cover, front nose cone, and undertray are supplied in separate bags, all wrapped carefully. After screwing in the undertray with 2 screws (one of which wouldn’t go in all the way, grr), all you have to do is pop on the other two pieces. The nose cone can be further secured with 4 screws, but I didn’t want to bother with that every time I wanted to glimpse the detail under there. Speaking of the nose cone, make sure you don’t pinch the brake lines when you’re putting it on. 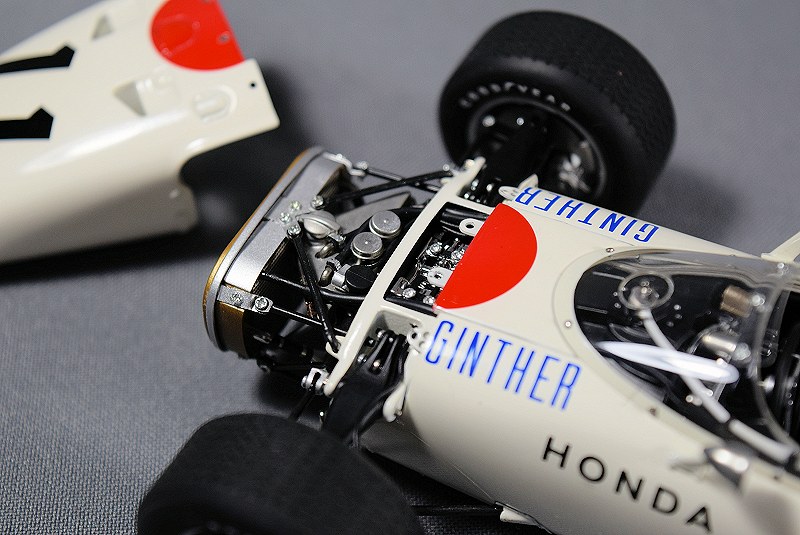 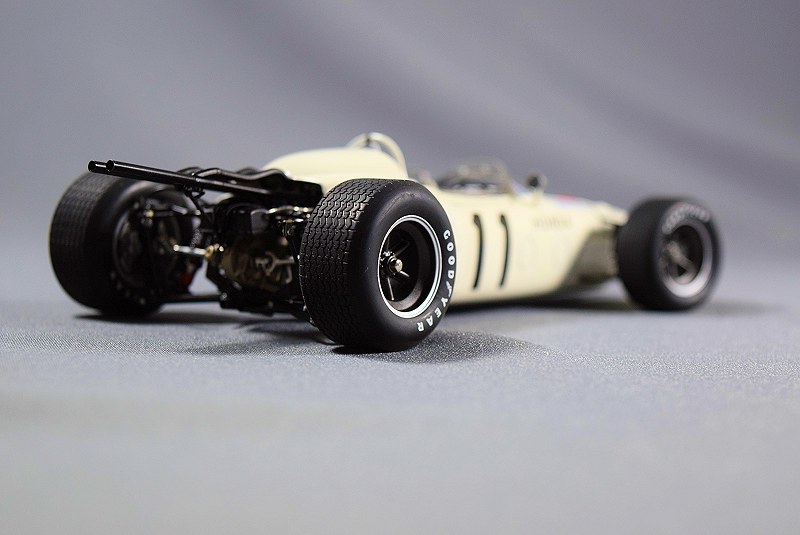 The paint is as per usual, no complaints here. There are simulated rivets everywhere, which are nicely done and don’t look over-scale. The ones around the cockpit canopy are actual rivets and look excellent. The rather nice visor on top of the front portion of the canopy is kind of ruined by three giant screws though. But that’s alright, we’re used to those from AUTOart. The fitment of the two panels is excellent, with no glaring gaps. The suspension is fully functional with smooth motion, no creaking here, and I love the stance. The model looks very realistic. 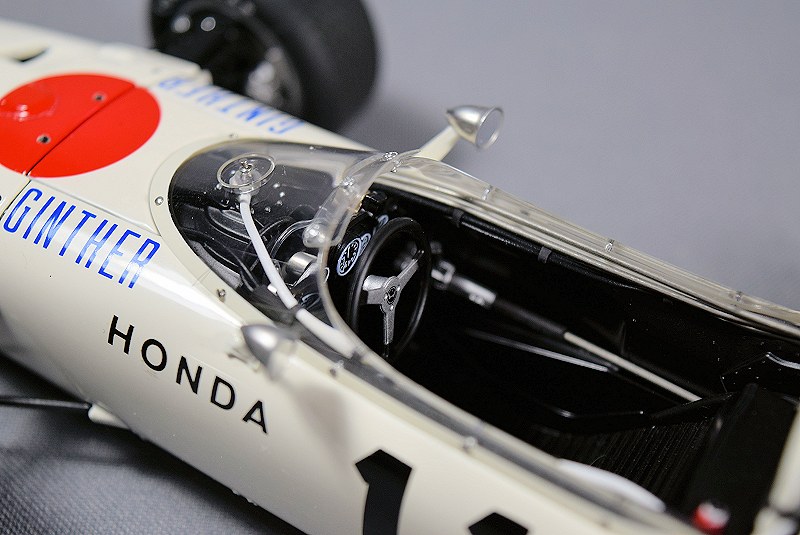 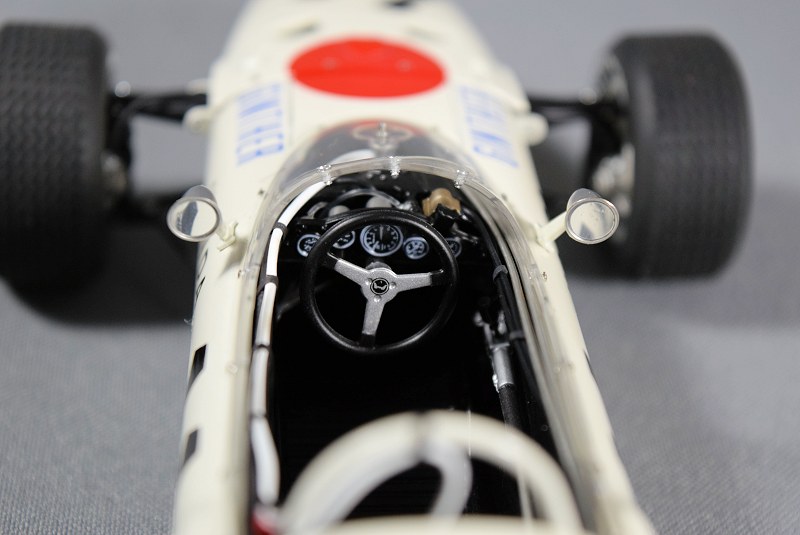 The cockpit looks the business. The part of the dash you can see through the glass looks excellent and there are cables and tubes everywhere. The shifter is also nice somehow. No chubby plastic blob sticking out here. I like that, AUTOart. They also bothered to put the pedals in even though they didn’t have to. Most people will never see them. 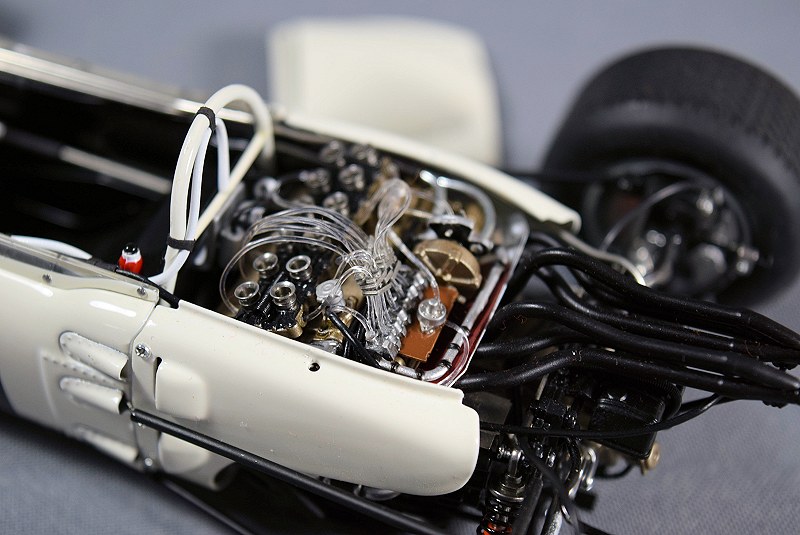 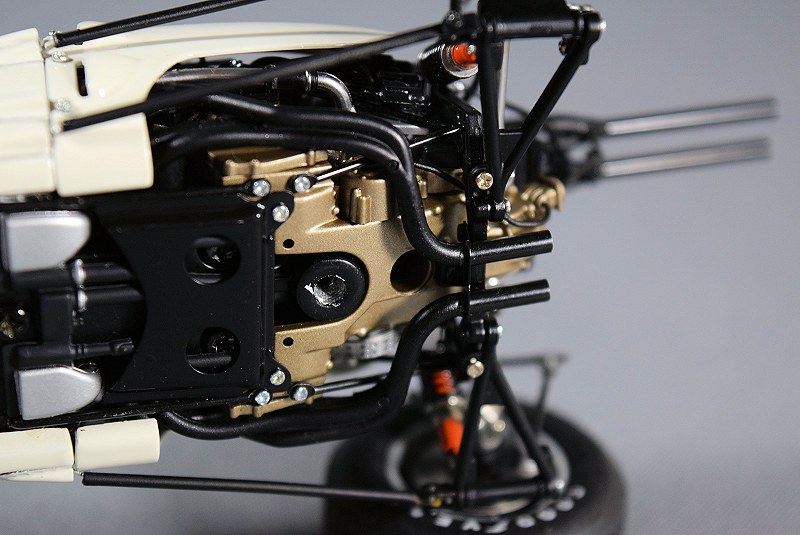 I’ve been so excited to finally look at that engine in person and oh my god, it does not disappoint. Those fuel lines (or whatever they are) dominate totally, and bring the realism up to 10. This is CMC-grade work here. I am immensely impressed and the more I twirl the model around, the more impressed I am with the rear end. The suspension flexes nicely, the axles rotate with the wheels. The exhaust is thin and hollow enough. There’s a nice heat shield over the exhaust and tiny springs everywhere, front and back. The wheels look excellent, and the rims and brakes are good enough for me. 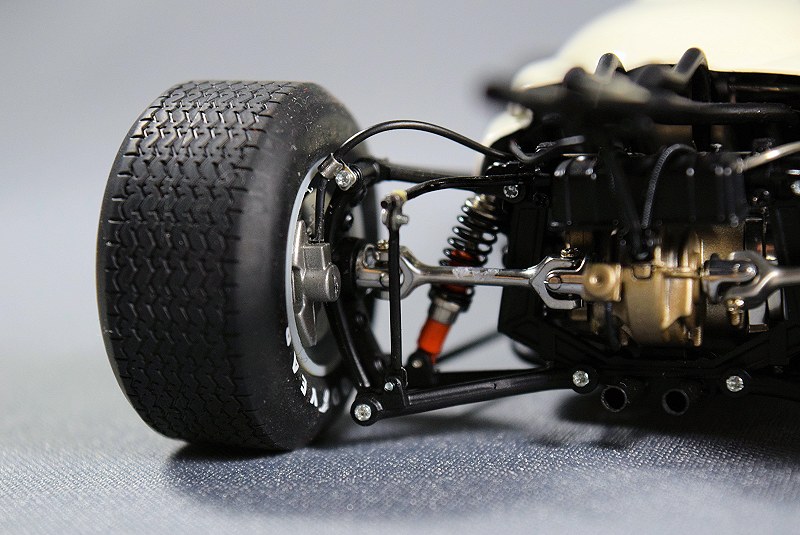 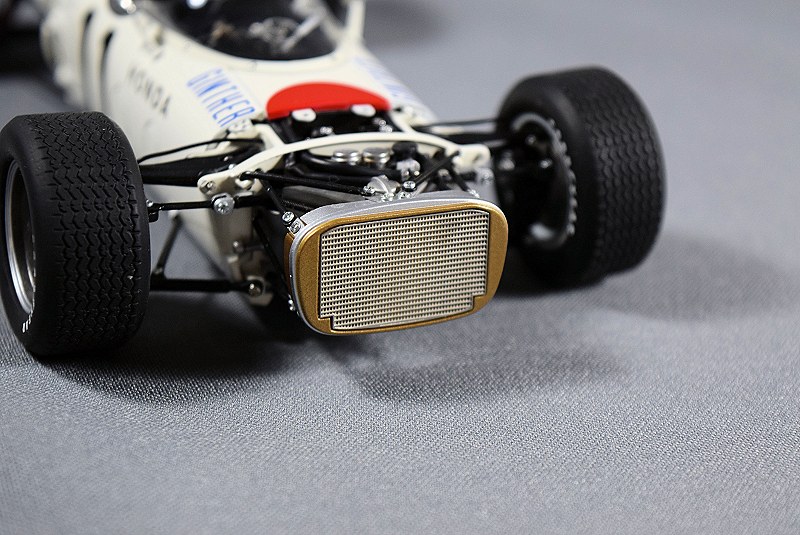 This model was worth the wait alright. It is very expensive but I think it’s worth it. It makes the Exoto F1 models look antiquated, has a nice heft to it and despite being a rather obscure car, looks great. Highly recommend adding one if you’re into this sort of thing. There’s a version coming with the driver figurine and the #12 car is also scheduled to be released at some point. Would pair really well with the Porsche 804, if you have one. 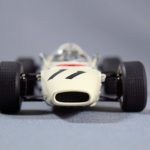 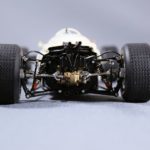 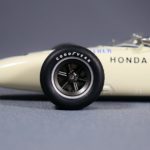 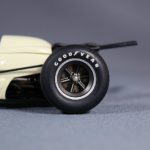 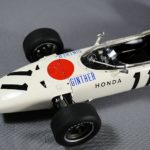 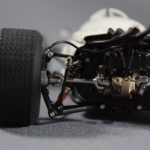 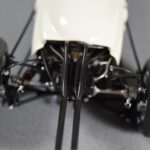 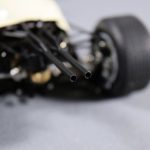 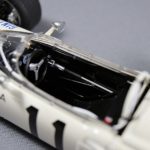 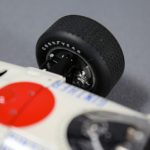 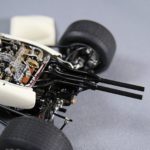 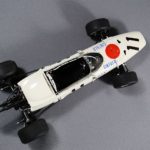 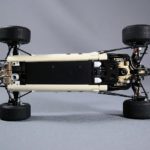 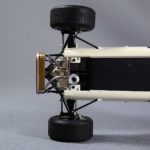 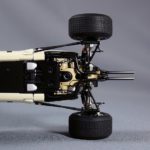 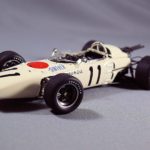 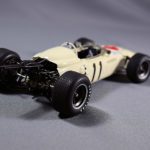