The McLaren 12C is the first production car to come from McLaren Automotive Group since the legendary McLaren F1.  The car was first announced in 2009 with a complete production version to follow in mid-2011.  The car features carbon fibre composite chassis, which is powered by a mid-mounted McLaren M838T 3.8-litre V8, twin-turbo engine developing 616 bhp and roughly 443 lb·ft of torque, quite impressive!  The car incorporates many Formula One technologies, some of which include brake steer – where the inside rear wheel is braked during fast cornering to reduce under steer.  So how does AUTOart measure up with their 1:18 scale replica? 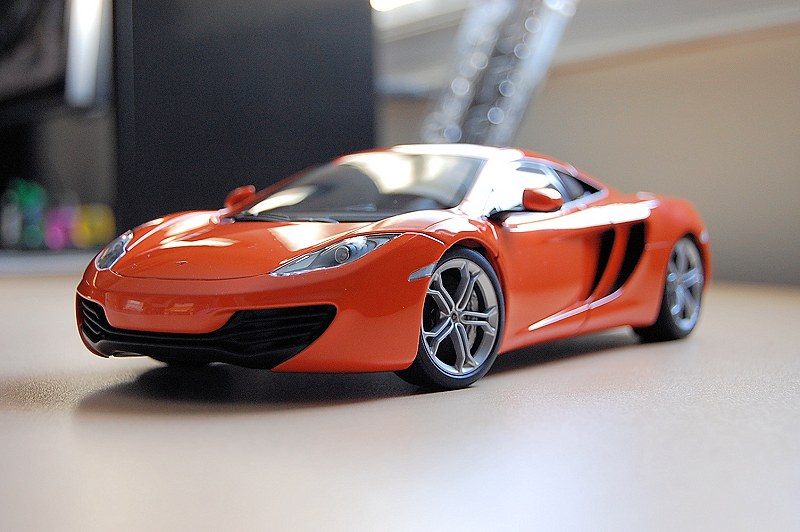 The McLaren 12C is another Signature Series release from AUTOart.  Suggested retail is roughly $250 CND with our friends in Europe/Asia paying a whole lot more.  Expectations are high and rightfully so.  The exterior box is the same as of past Signature models, black with silver lettering and the usual brand logos.  Inside the model is housed by a styrofoam shell.  The 12C does feature a certificate of authenticity and booklet that highlights the best the model has to offer. 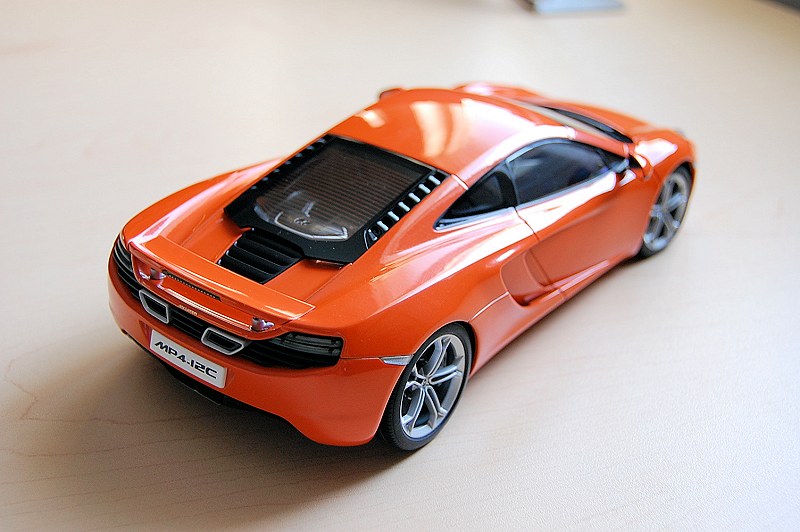 The model is offered in three colours to date, Red, Silver and Orange. I had the opportunity to see all three colours in person, orange is definitely the best of three.  Silver is nice but too subtle for a car of this caliber and Red is a resounding PASS!  Something is way off on the shade in my opinion.  The paintwork on the model is consistent and rich throughout with no noticeable premises or imperfections to note. 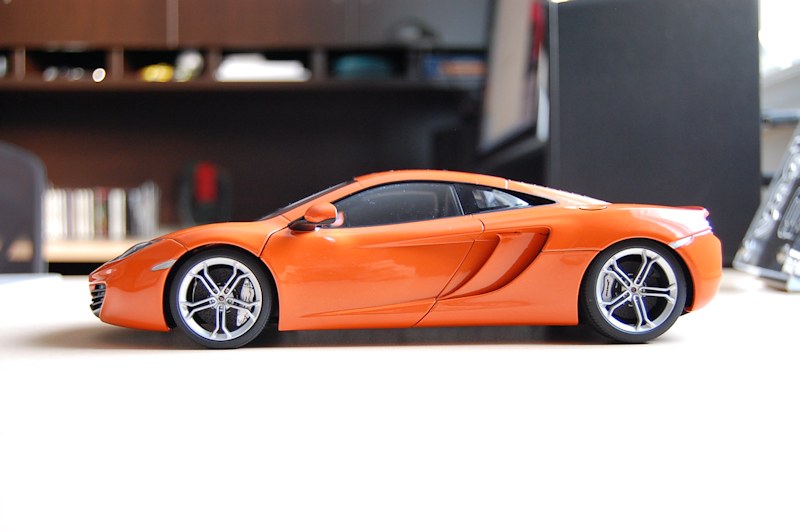 The big miss on the model is the ride height.  It is totally wrong!  Under no circumstance should the tires tuck underneath the rear fenders.  How someone at AUTOart signed off on the final production model is a mystery to me.   Blatant disregard I say, and one that takes a model from near perfect to just plain embarrassment.  The exterior shutlines are clean for the most part.  Though panel gaps on the doors are slightly large, most likely due to the keen engineering incorporated by AUTOart for the door open/close operation. 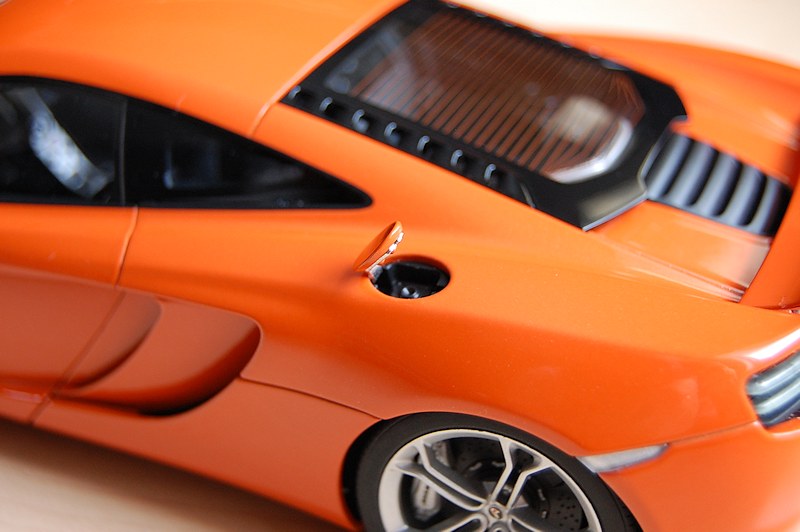 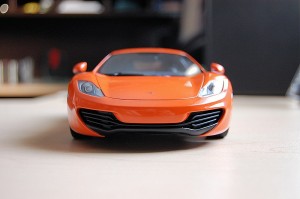 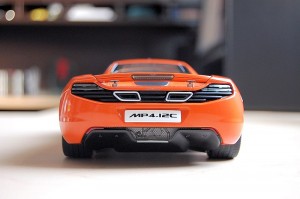 New for AUTOart is the fuel cap access.  I’m not sure I’ve seen this on other models, but please correct me if I’m wrong.  Though a little finicky at first, the overall operation is good and adds another level of realism to the model.  The front fascia is nicely detailed too, what the photos don’t show you are the perforated grilles behind the front diffuser.  The rear is on par too, I absolutely love the rear mesh that exposes the transmission and motor bits.  AUTOart even went as far as adding perforated grilles to rear quarter windows that provide cooling to the motor. 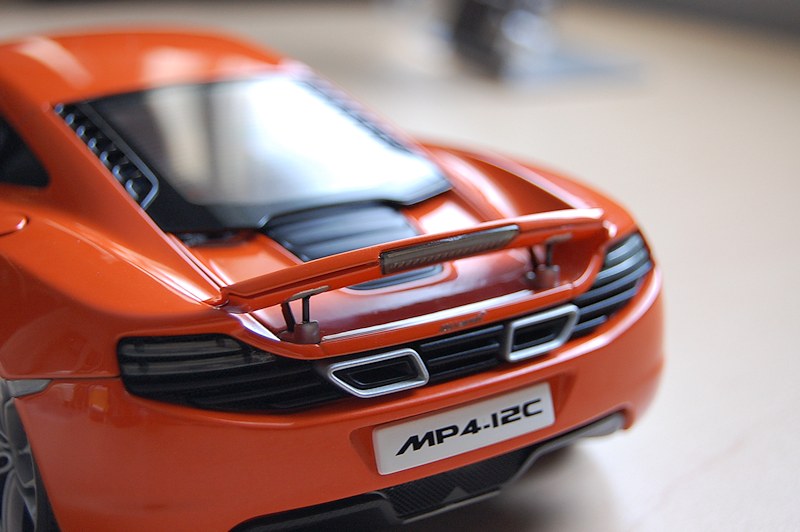 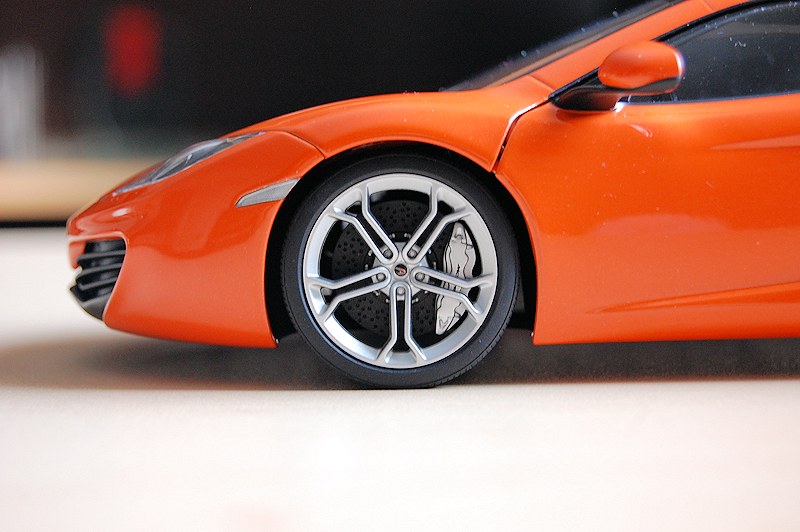 The wheels are highly detailed, but they wouldn’t be my first choice for the car.  Rear rotors and brake calipers complement the entire package. 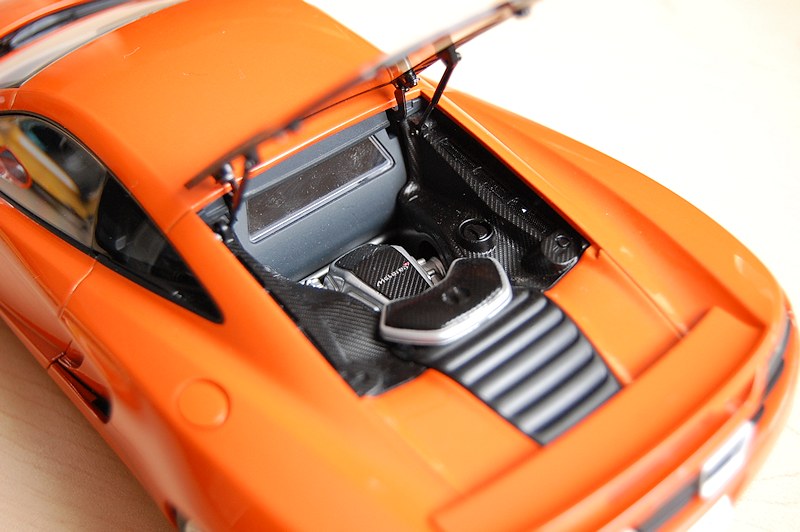 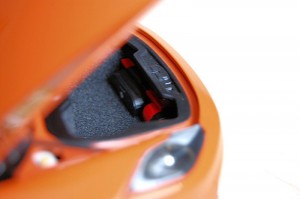 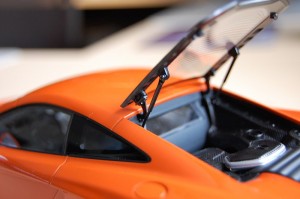 Access to the motor is provided through the rear glass hatch.  Note the detail on the hinge work and dual struts.  Everything works in harmony here.  Motor detail is good.  Nothing of the wow factor scale other than the surrounding carbon fibre bits.  The front storage area is nicely carpeted featuring the same flawless hinge wok and dual strut mechanism.  An added bonus that is not revealed in many photos is the fire extinguisher and first aid kit tucked just in front.  Nice attention to detail! 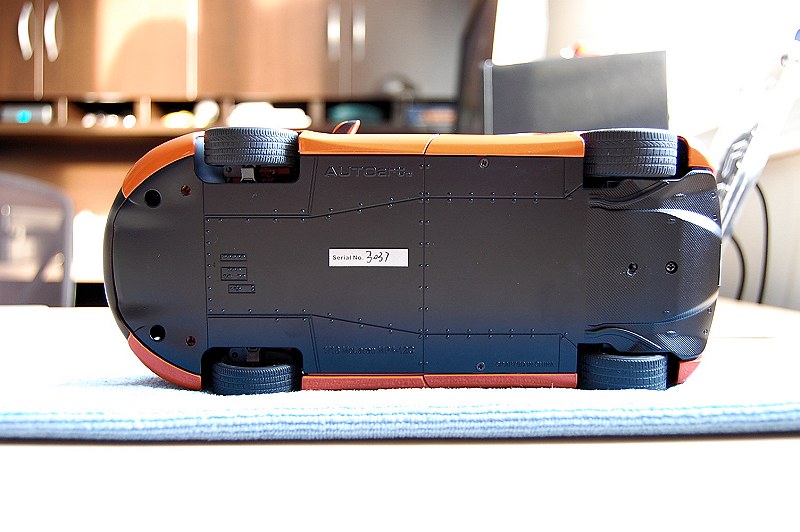 The undercarriage is a solid piece from front to back.  AUTOart tried to mimic the 1:1 with look-alike carbon fibre and aerodynamic lines.  I think they succeeded here. 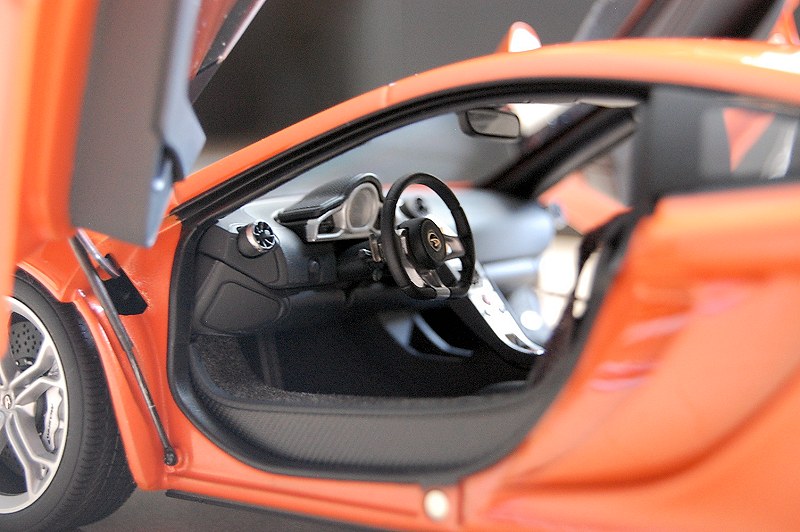 The interior is strong as usual with AUTOart replicas.  All elements of the interior are executed in great detail and provide the end-user with that sense of realism once again.  The fine detail is right down to the McLaren floor mats and logo on the passenger side door.  Also, note the small magnets AUTOart incorporated into the design to help aid the door open/close mechanism.  Very cool! 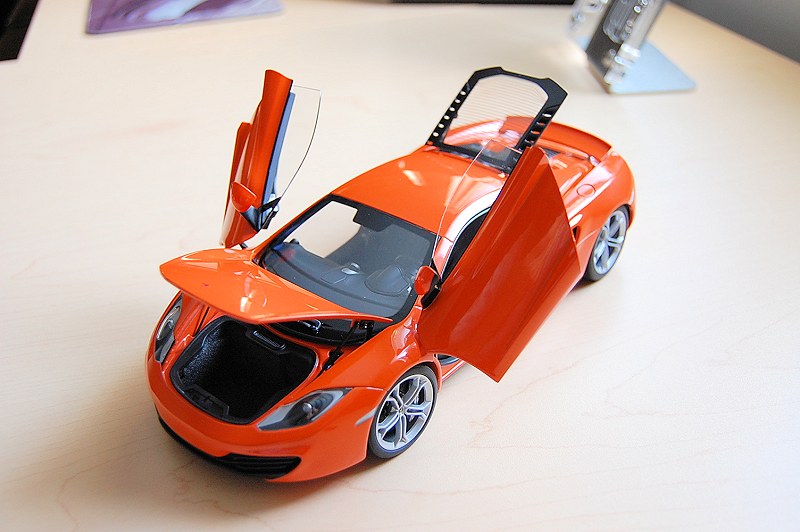 Being a huge supercar fan I had high expectations for the McLaren 12C.  Overall AUTOart hit a home run, BUT I keep thinking about the ride height that is oh so wrong.  $250 a pop isn’t small potatoes folks.  Yes, when compared to other manufactures that offer a similar product (i.e. resin or inferior Minichamps release) this model may be a bargain.  BUT AUTOart needs to set the bar; to release a model with this unsightly flaw is absolutely inexcusable and embarrassing.  For that, I’m not going to recommend the model.  Enjoy the pics! 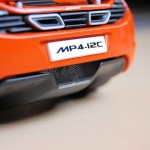 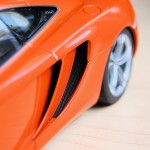 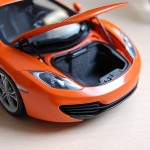 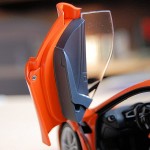 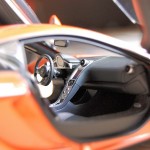 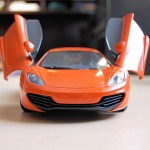 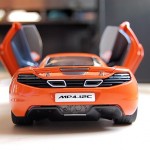 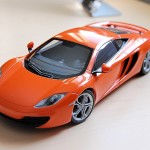 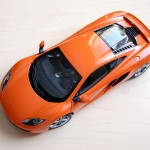 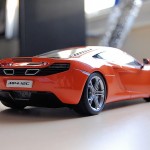 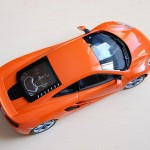 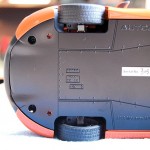 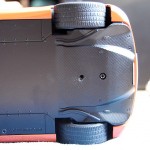