Back in the 1950s, big cars with big fins ruled America, with the Cadillac Eldorado being the most famous of them all. A less well-known, and finless, car was built in 1958 by Lincoln, and it was called the Continental MkIII. The design brief set out to outdo the competition in every regard, and this car did just that. Painted in aptly named Presidential Black, it was the biggest uni-body car ever made, even bigger than the Eldorado. And even though it weighed 5000 lbs, the 375 bhp V8 could waft it from 0 to 60 mph in a very respectable 9 seconds. All this performance came at a price: it could only do about 9 miles to the gallon. Good thing gas only cost 30 cents a gallon back then! But then again, in 1958, the US was going through a recession, which hurt sales immensely. 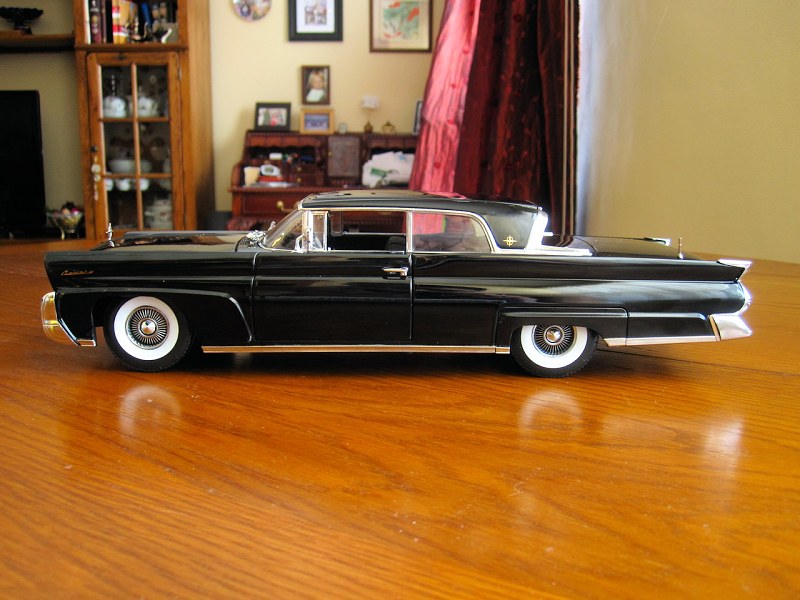 The Continental was absolutely loaded with all kinds of luxury accoutrements, such as power windows (even that cool, raked rear window), ceiling-mounted air conditioning, and a padded dashboard, to name a few. It cost twice as much as the Cadillac, and Lincoln never managed to sell that many, losing $1000 on every (mostly hand-built) car. It was never marketed as a Lincoln, and sold as a Continental instead, although it shared the body with the standard model. In fact, even on the model, nowhere does it say that it’s a Lincoln. There are some lovely photo-etched Lincoln badges here and there, but the only word you’ll find is “Continental III”. 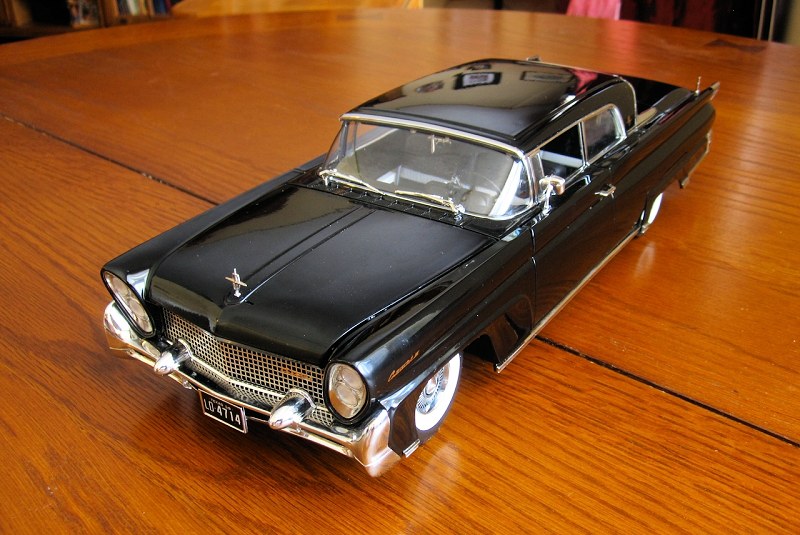 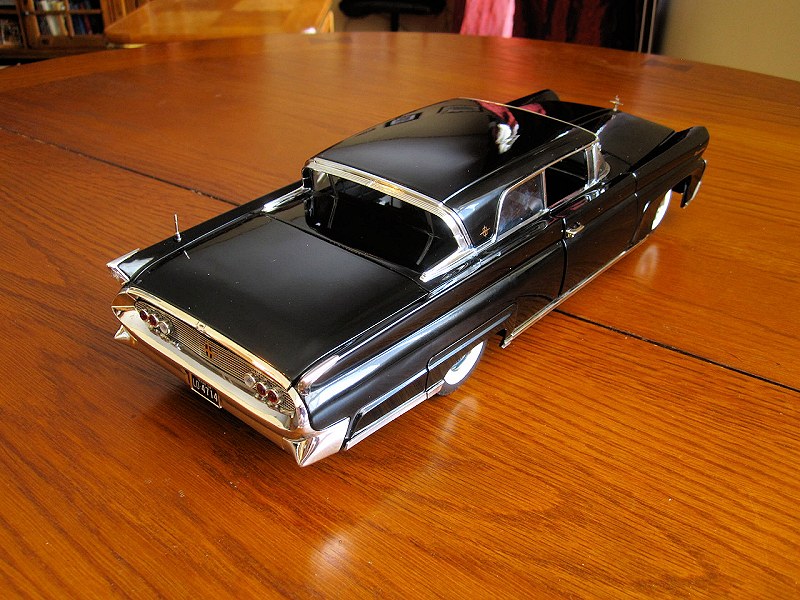 Maybe it’s just me, but I find this car stunningly, achingly gorgeous. It epitomizes cool, and looks great from every angle. From those angled headlights, to the gorgeous photo-etched chrome grilles front and rear, to the beautifully angled “breezeway” window that retracts behind the seats. And it goes on for miles! In fact, it is the longest Lincoln ever made. I really give credit to Sun Star for making this car and the Platinum series in general. 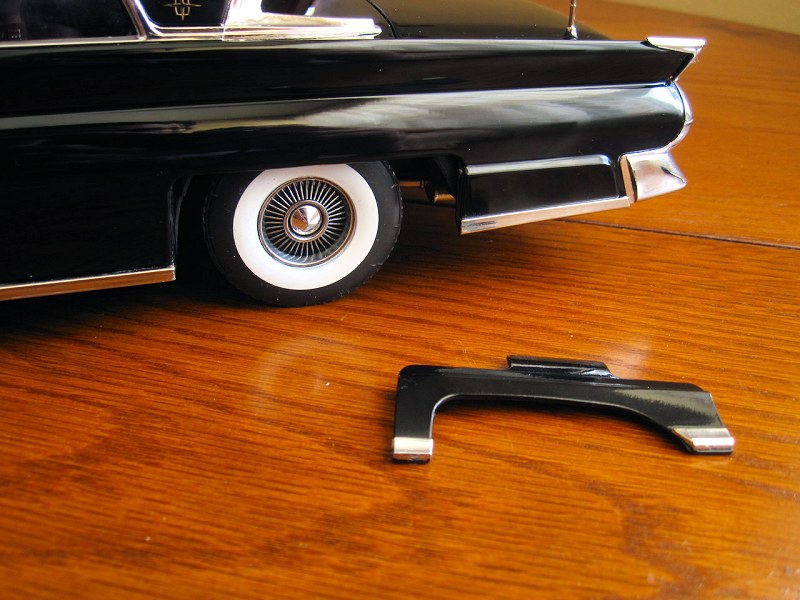 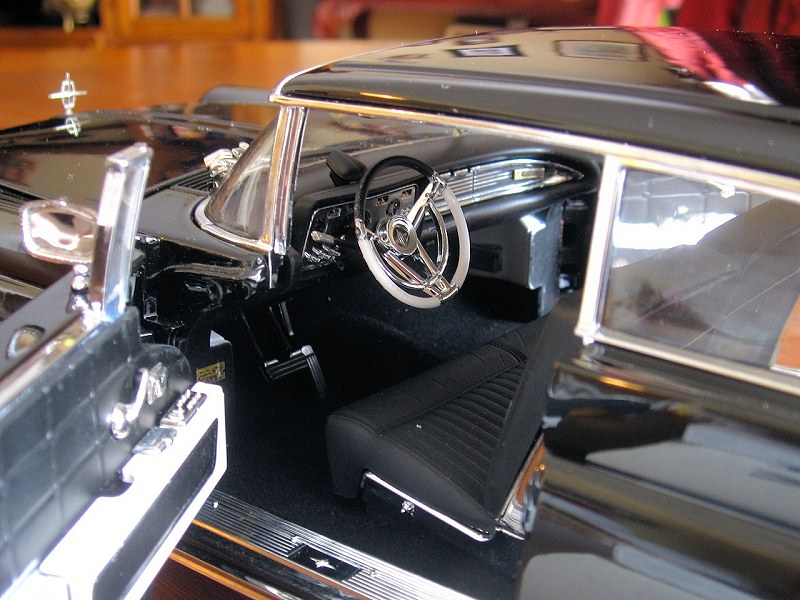 Praise aside, the model itself is not perfect. The paint is absolutely excellent, but the panel gaps could have been much better. The wheels are a little flimsy and have a mind of their own, while the whitewall print is sticky and tends to collect dust or whatever is on your fingers, so avoid touching them! You have to keep in mind that this model can be found for under $100, so it is great value. You will not find anything better for that money. It is obviously hefty, but has some delicate details, like the photo-etch badges. The hinges on the front bonnet are multi-piece items, and same with the doors, but the trunk has dog legs. Mind you, the real thing has dog-legs too, just not as big. The rear wheels are covered with removable plastic slats, that are quite easy to operate. The suspension is fully functional, and the car settles regally when put down. The chrome trim could have been a little more slender, but I’m not going to argue at this price point. 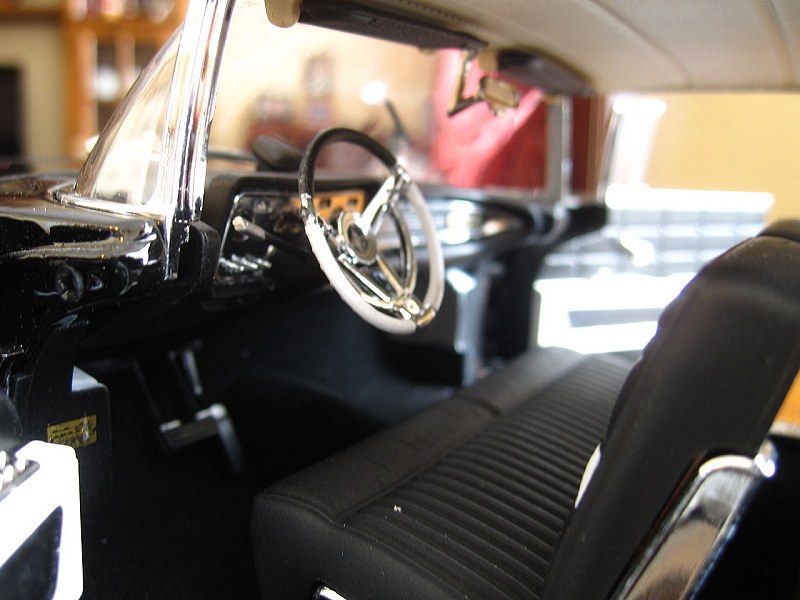 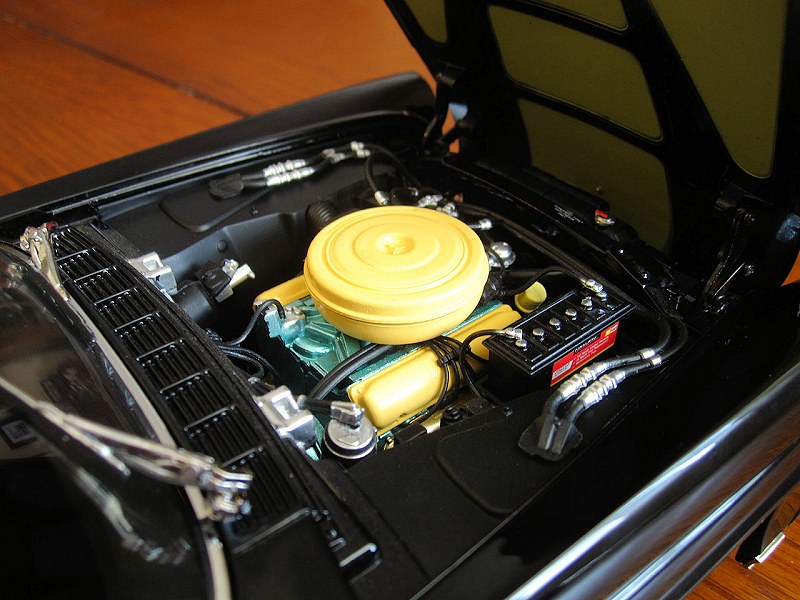 The interior and trunk are both carpeted, and the sun visors are functional. The engine looks great, but really, you don’t buy this car for its engine, you buy it for the sheer presence. Having said that, it’s good to see that Sun Star did not cheap out on the details either, as there are tiny warning stickers with small print in the engine bay and on the doors. A word of caution: do not wipe the car with a cloth, as those photo-etch badges look like they can definitely be wiped away. They are extremely delicate, so use a make up brush, or something similar (gentle strokes!) to get rid of dust. Be mindful of the hood ornament as well. 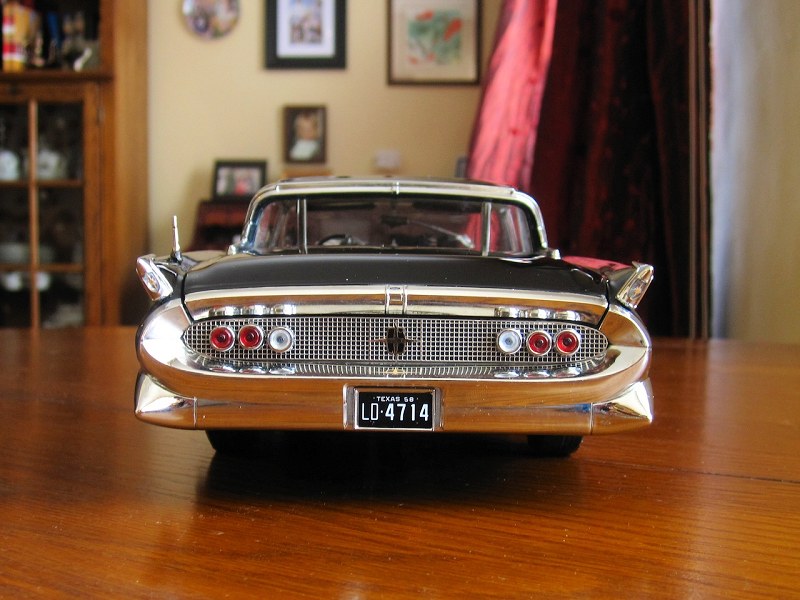 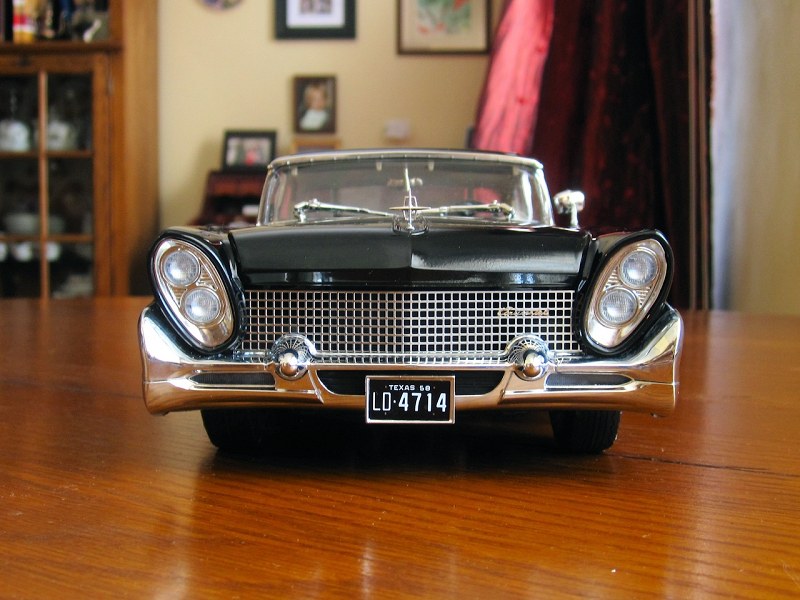 So what we have here is a high quality replica of a true classic, with presence few models can match. Indeed, I had no idea what to pair it with on the shelf, so I put it in its own display case, and alone it sits, like a king looking over its subjects, instantly one of my favourite models. Once you see it in a display case, it becomes clear that this car is meant to be displayed that way. This was my first experience with Sun Star’s Signature line, and I have to say, I am very impressed! This model is highly recommended, and I will definitely be adding several more American Classics. 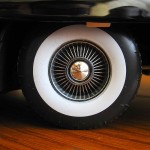 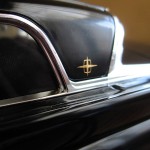 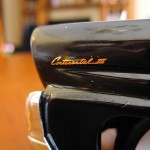 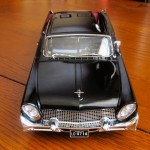 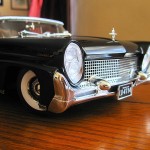 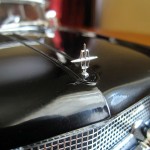 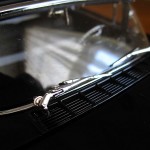 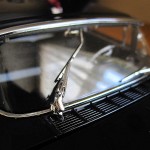 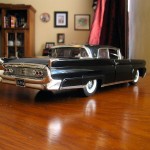 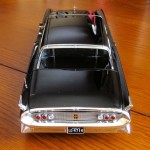 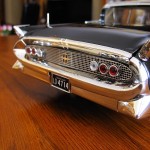 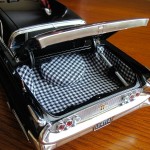 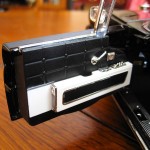 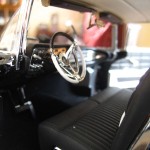 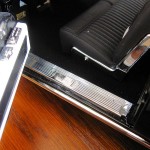 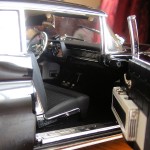 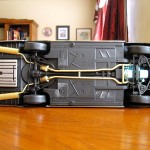