And The Winner Is… DiecastSociety.com Scale Model of the Year

Voting for DiecastSociety.com came to a close at the beginning of February.  And the winner by only 119 votes is BBR Models with their 1:18 Ferrari LaFerrari.  Congratulations BBR, a well-deserved award and honour!  The BBR LaFerrari we believe checks off many must-haves for the collectors in general.  a comprehensive effort with attention to detail, that is provided with full 360 access.  And it’s crafted in diecast metal, for those that still equate quality with metal models, the appeal is definitely here.

First comer LCD Models did make an impact! And if we’re honest with you did receive our vote (given to Mclaren 600LT) – quality and price are exceptional.  Two of their examples made the final candidate list, and if combine the totals for both they actually exceeded the BBR total with 670 – with the McLaren 600LT beating its counterpart Pagaini Huayra Roadster by only 6 votes! The team has now seen both examples in the flesh, very capable pieces. Which doesn’t make their showing here not surprising at all.

A notable mention is KK Scale, in 2nd place, which isn’t too shabby at all. And again, reinforcing the power of the Ferrari marque, and one cannot discount budget-friendly brands, as they carry some serious weight.  Though we do have to mention, certain individual(s) did find a way to circumvent the voting process by falsely inflating the vote for the KK Scale Ferrari 288 GTO.  We reviewed logs daily to ensure accurate and fair voting as much as possible.  In the end folks, the award is for fun and in the end an unscientific platform to recognize the efforts of manufacturers over the year.

First-time AUTOart doesn’t make an appearance in the top five.  Does this indicate their lack of passion for truly 360 efforts – meaning interiors and engines are on par with the exterior elements?  Or is the affordability of their models lending some to move to other brands?  Almost Real, winner of two consecutive awards for 2018 and 2019 placed 10th with only 107 votes.  Expectations are high for 2021, hopefully, they will not disappoint.

In total, just over 3100 votes in came through.  Again, the DiecastSociety.com team extends congratulations to BBR Models on their win, we’re looking forward to more full 360 examples in the near future.  To the rest of the brands, thank you and continued success.  We’ll see you in December 2021 for the next round. 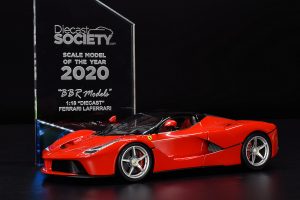 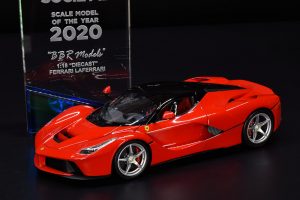 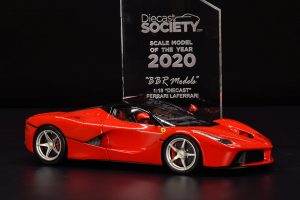 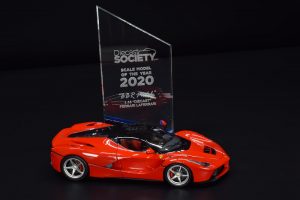 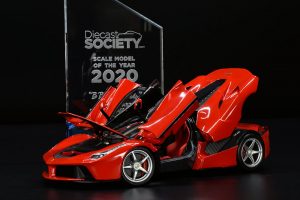 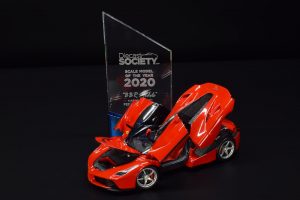 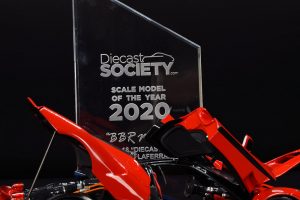 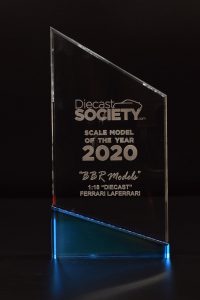 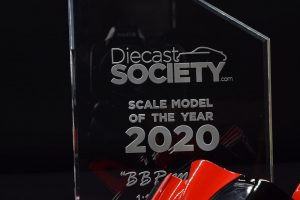 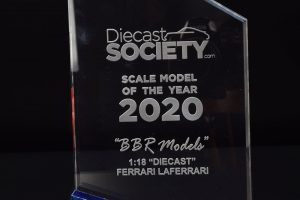 27 Responses to "And The Winner Is… DiecastSociety.com Scale Model of the Year"