First photos of the pre-production sample of Auto World’s all-black Charger/General Lee were released earlier this afternoon.  This is the way the car appeared in Season 7, episode 1, titled “Happy Birthday, General Lee.”  I watched the Dukes religiously as a little lad, but this one escapes me.  Nonetheless the car looks terrific!  The newly tooled steel rims really add character too, YEE HAW!  Model should be on shelves around April 2015. 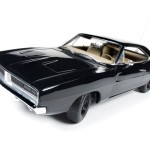 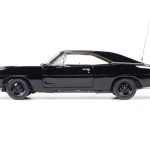 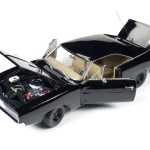 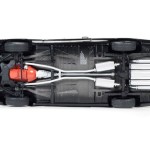