The EB110 is definitely a tricky car to put a finger on. Once described as ‘oddly attractive’, its styling certainly divides opinion. However, that is not to say that it’s not painfully desirable. Revived in the late 80s by a Ferrari distributor Romano Artioli, the Bugatti brand came back to life after half a century of dormancy. A state-of-the-art factory was erected to build the new car, with no expense spared in its development. Marcello Gandini himself was recruited to do the styling, while a French aeronautics company called Aerospatiale was employed to help build the carbon tub. Clearly, it seemed the project was destined for utter greatness. Except that it wasn’t. Gandini’s styling did not please Artioli, bearing too much resemblance to Lamborghini cars. When Gandini refused to redo the styling, the job was forwarded to several others, who added and took away elements, ending up with the mixed basket that is the EB110. Personally, I really love the front end, but the rear end is just so unimaginative. I can definitely see where the multiple input issue is a problem when it comes to styling. The car lacks visual cohesiveness, although it sort of adds to its charm. Artioli envisioned building up to 300 cars a year, but by the end, only 140 units were sold, 102 ‘regular’ GTs, and 38 Supersports. Two of the former were eventually upgraded to the SS specification. Dauer Racing also acquired some unbuilt cars and finished them to their own specification, which eventually became the Dauer EB110 in 2001. Financial turmoil around the time of the release (1992), coupled with questionable styling, turned the EB110 into a sales flop. Add the brilliant McLaren F1 into the mix, and it’s clear the Bug never stood a chance. Indeed, even now the F1s are selling for 10 times more than the EB110s. The factory doors closed and the brand was bought by the Volkswagen group, which went on to develop the Veyron. 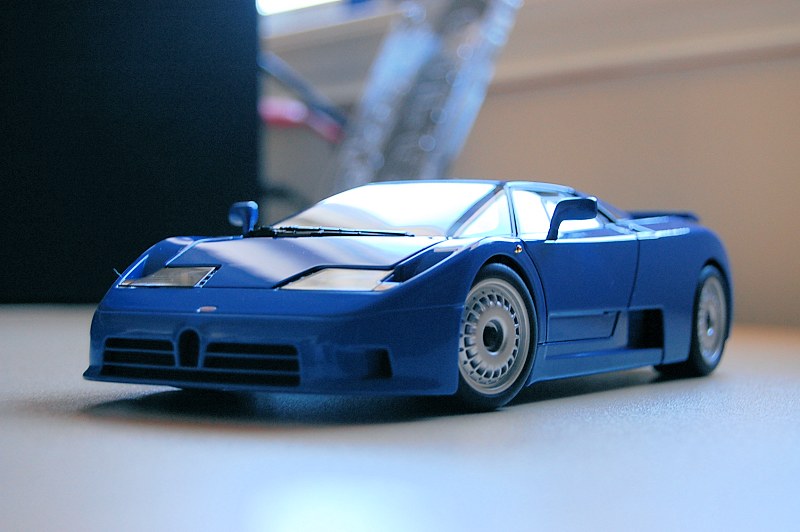 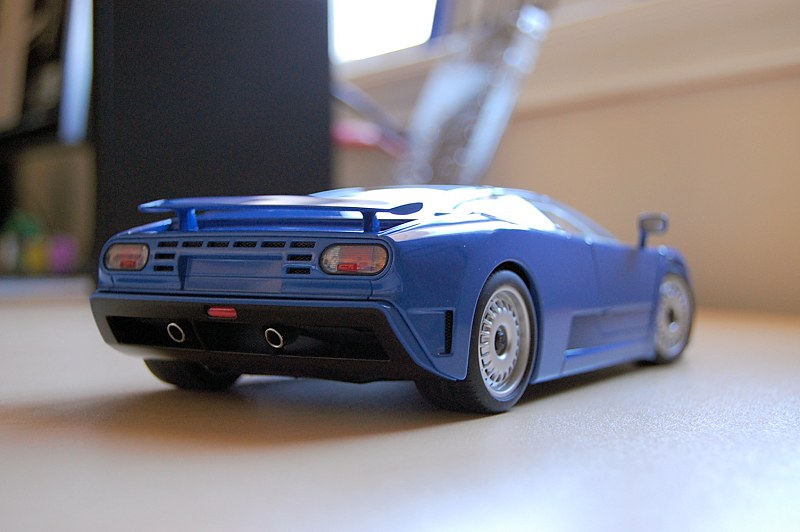 So I’m very glad that AUTOart chose to make this misunderstood and, in my opinion, underrated supercar. I suppose it was only a matter of time, but I am very glad nonetheless to finally have it in front of me. AUTOart chose to make the standard EB110, not the SS (although I hope they’ll make that too!), and it is worth it to mention that of the 102 cars built, no two were exactly alike. This makes comparisons largely irrelevant, as it’s impossible to know which car they based the model on. So instead of nitpicking about authenticity, I will examine the model and judge it based on what it is. 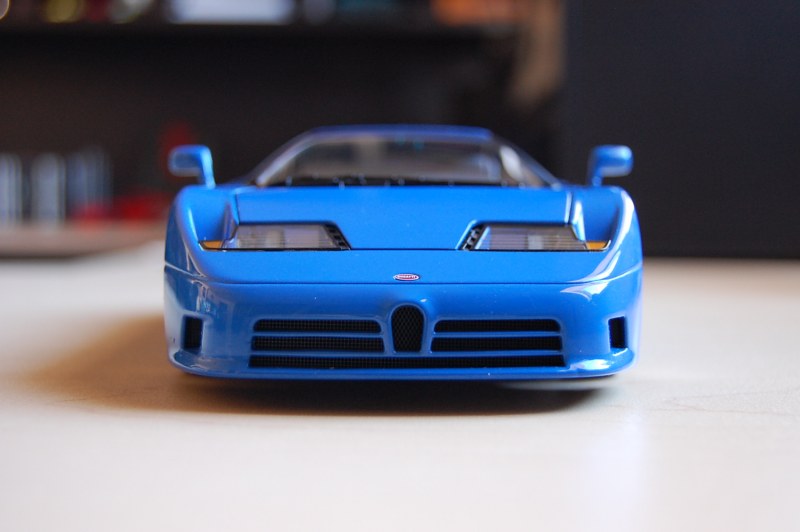 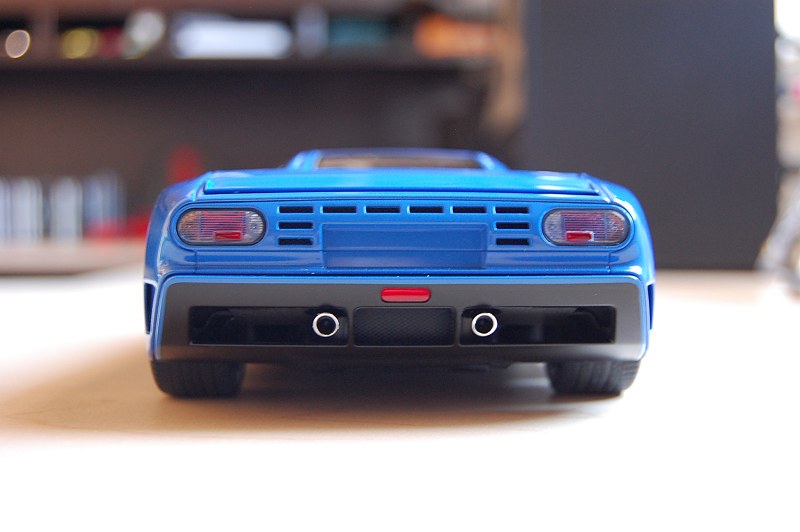 Looking at it for the first time, you feel like you’re in for a treat. The paint and finish are up to the usual AUTOart standards, and all the badges are present and correct. My only criticism would be the rather giant door open button, which is understandable, as you wouldn’t be able to operate the door mechanism otherwise. The doors snap open and stay that way, similar to the Aventador. The ventilation flaps just behind the B-pillars are movable, which is a cool touch, and they have the EB110 logo printed on them, which simply stands for the 110th birthday of Ettore Bugatti on the day that the car was announced. The air channels adjacent to the headlights are sadly blind, as are the smaller side vents either side of the front bumper. However, there is glorious perforated mesh everywhere you look, and I counted at least 23 separate grilles. The front hood can be opened to reveal various electronics and the battery. 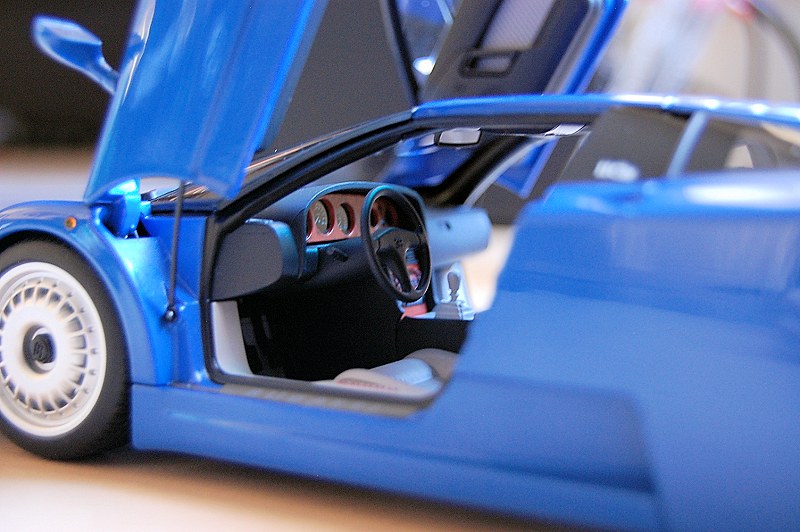 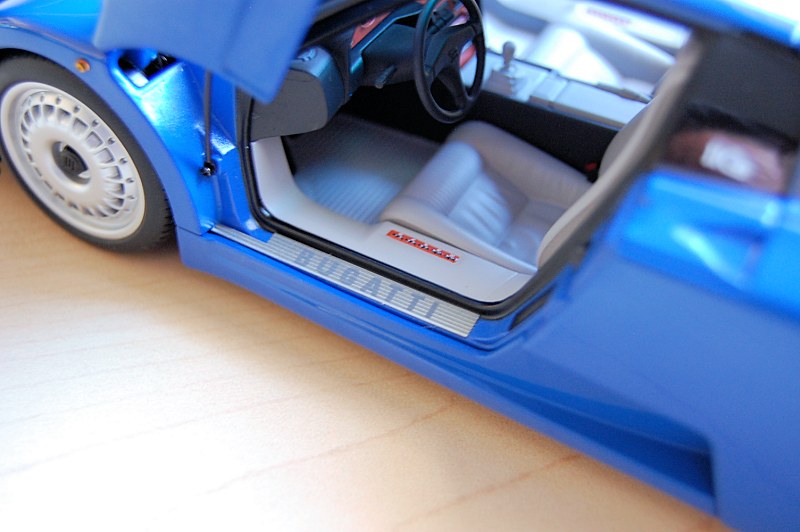 The interior was always the EB110’s weakest point. It looks a little plain in there, which is at odds with the quad-turbo V12 monster sitting just behind you. Hence, AUTOart is not to blame for how bland the interior looks. I like the fact that it is at least off-white in colour, as opposed to dull black, as is the case with a lot of their models (the Huayra comes to mind). Detail extends to the top of the cabin as well. 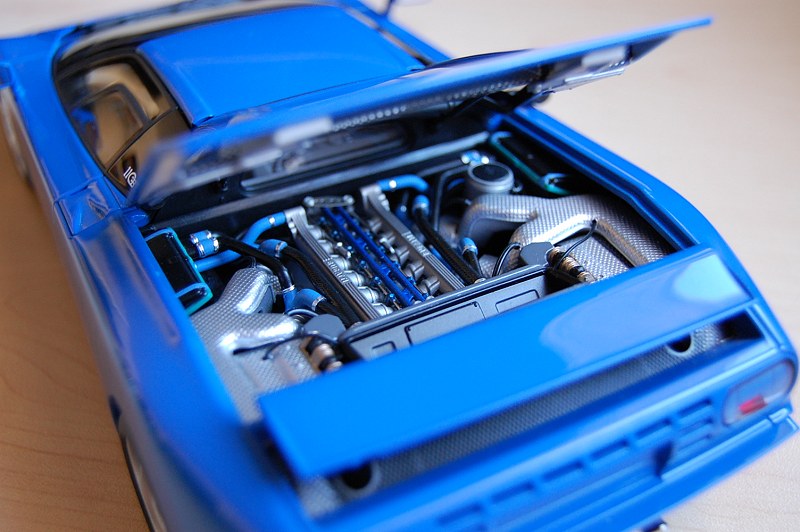 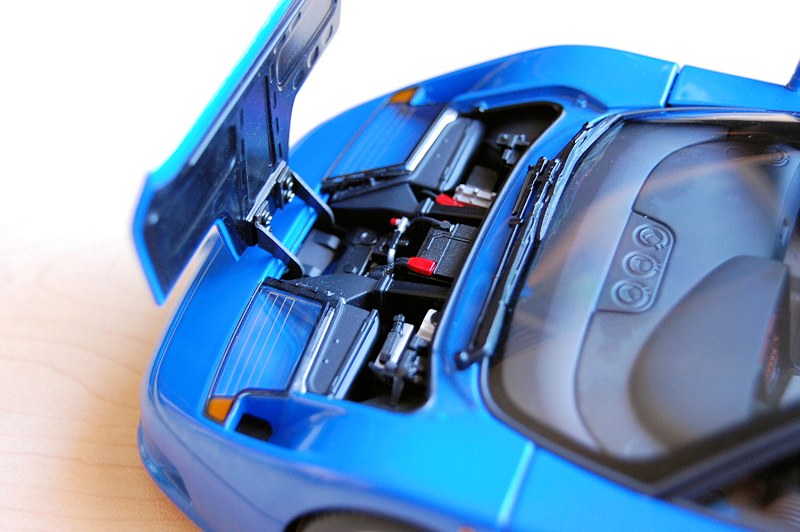 I quite like the engine. Apart from being ensconced in all kinds of mesh, it’s a good-looking unit with nice colour coding and tasteful carbon on the tubing. There are metal rods and photo-etch plates, and the hose clamps are actually made of some kind of foil or photo-etched material, rather than just being painted on. Hold the engine cover open and shine a light into the black crevice that is at the back of the engine, and you’ll see two photo-etched radiators that are completely out of view and almost invisible to the naked eye. Hats off to AUTOart for including detail that cannot be immediately seen. The wing can be extended and positioned quite easily. Flipping the car over, you get to see the rest of the engine block, exhaust, some more delicious mesh, brake cooling hoses and partially functional suspension (only front). 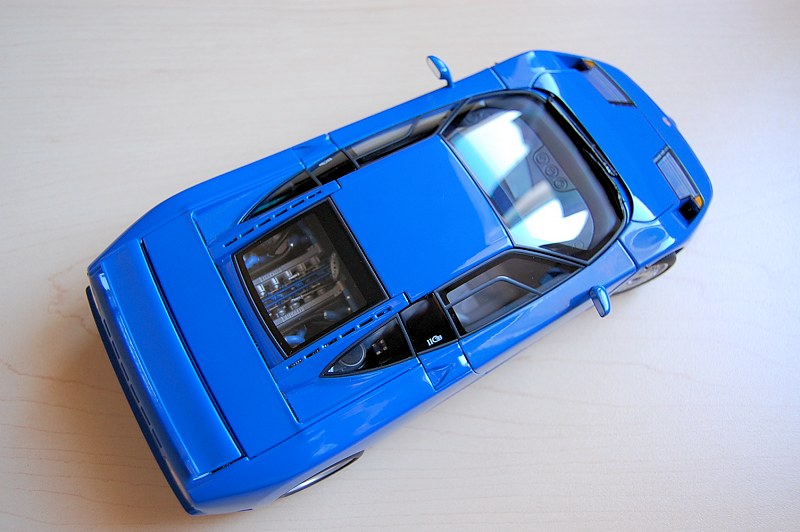 It is clear that AUTOart now stratifies their Signature range into several price points. The Aston One-77 was an example of the lower end of the Signature range, and while the EB110 rests comfortably above it, it is certainly no Huayra, but then again, the price reflects that. The fact that this is a 90s supercar, and they weren’t awfully detailed back then, exacerbates this impression, leading you to think that this model isn’t all that detailed. However, don’t be mistaken, this is a great model, with authentic detail in places where it matters, and I’m very very glad to have added one to my collection. Now, the release colour of the EB110 was blue, but both the Silver and Dark Red also look good. Personally, I don’t like the white, but it is available, if collecting white supercars is your thing, or if your name is Chris Evans. Whichever colour you choose, be sure to add this model. It belongs in every supercar collection. Believe it or not, but the EB110 raced at Le Mans and at a multitude of other motorsport venues, so I do hope AUTOart will consider bringing the racing versions to us aficionados as well. Come on, AUTOart, I know you want to! 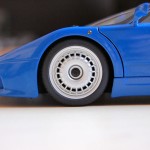 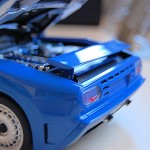 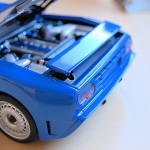 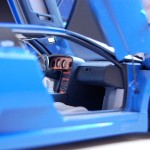 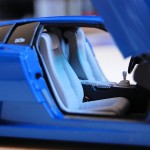 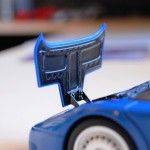 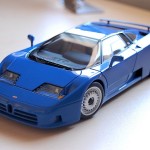 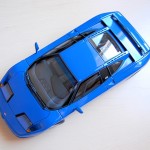 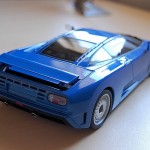 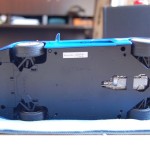 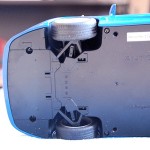 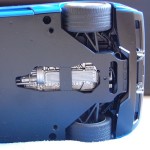