When the folks at Nissan get serious about racing, they do so to devastating effect. The utter domination of the R32 ‘Godzilla’ was a testament to that in the early 90s, and this car here picked up where its grandfather left off, in the year 2008. This car was put together by Nissan’s skunkworks “Nismo” department (which simply stands for NISsan MOtorsport) to run in the 2008 season in GT500 class, replacing the aging 350Z, where it saw instant success. In fact, the dominating performance of the entered cars led to a 50 kg weight penalty, in addition to the 50 kg ballast already on board as part of the series’ performance balancing. Hilariously, it did nothing to stop their success, despite the fact that the GT-Rs ran while carrying extra 100 kg of weight. The GT-Rs went on to win the season, although this was not the winning car. However, Autoart also makes the winning car, which is the #23, with a red and black livery. I bought this one because it matches my Calsonic R32 well, which I included in some “family photos” below. 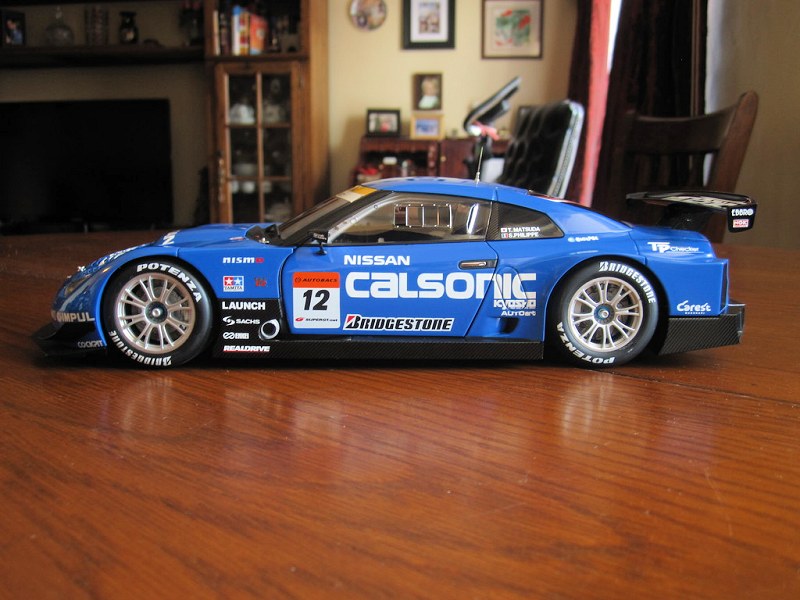 Whichever angle you choose to admire it from, it is a great looking car, oozing purpose. It is low enough to be considered painted onto the ground, and sports a rather large collection of aerodynamic accouterments.

The paint is great, as expected, although there is a tiny bit of paint rash here and there on my model. The livery also pays homage to various diecast manufacturers, with Tamiya, Kyosho, and AUTOart all sponsoring the car. The rear window looks chrome plated, which looks really cool. 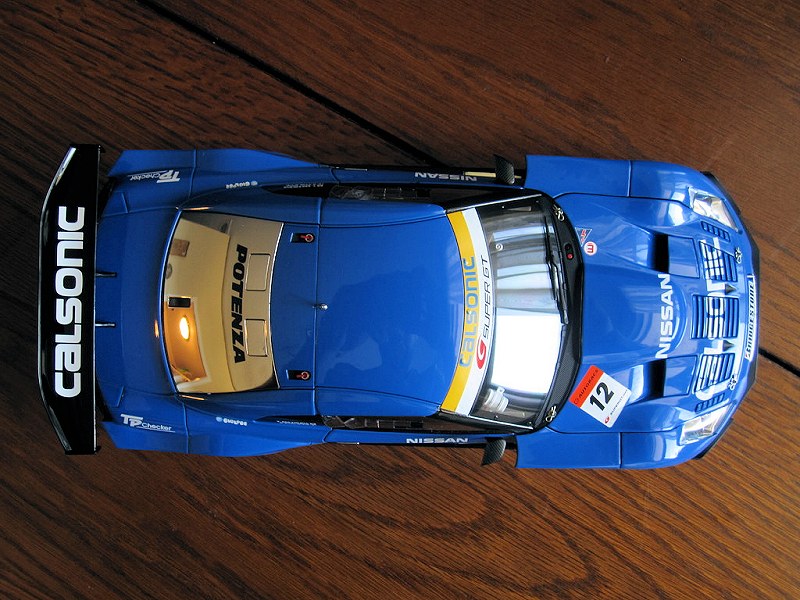 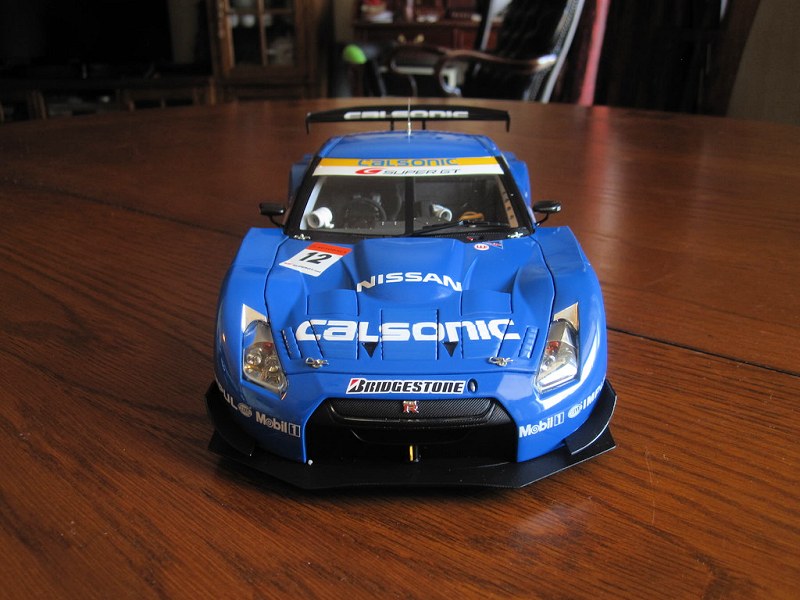 The only decal I see on the body is the electrics warning label on the top right hand side of the hood. The rest of the graphics are tampo-printed. Detail-wise, this car is very similar to the GT-R I reviewed earlier. It has plenty of grilles and photo-etched pieces. Everything that needs to be perforated is perforated, and the carbon fiber print is exquisite wherever it is found. I especially love the headlights, as they look like they’ve had some extra attention lavished onto them. The side-exit exhaust pipes don’t even reach the doors (can’t imagine how loud they must be!) and look alright. 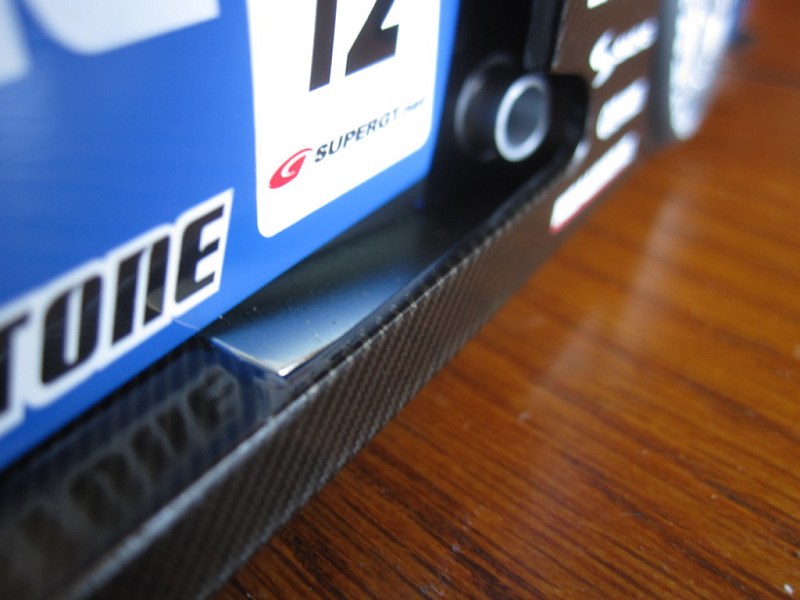 The engine detail on this model is rather good. There is lots of delicious chassis architecture to be ogled, though sadly the suspension isn’t functional. It would be extremely costly and difficult to replicate the motion, so I forgive them. The engine bay is once again dominated by a large air intake. I LOVE the functional steering rack, and it looks great too. 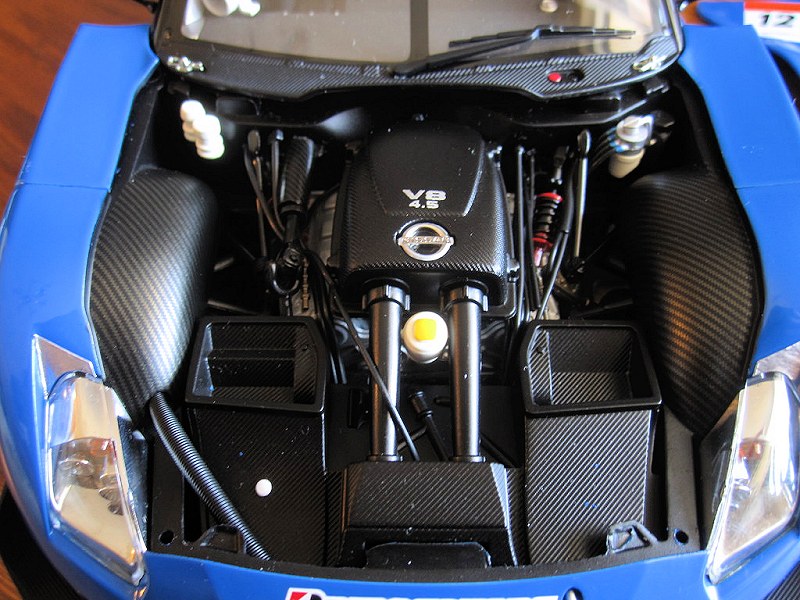 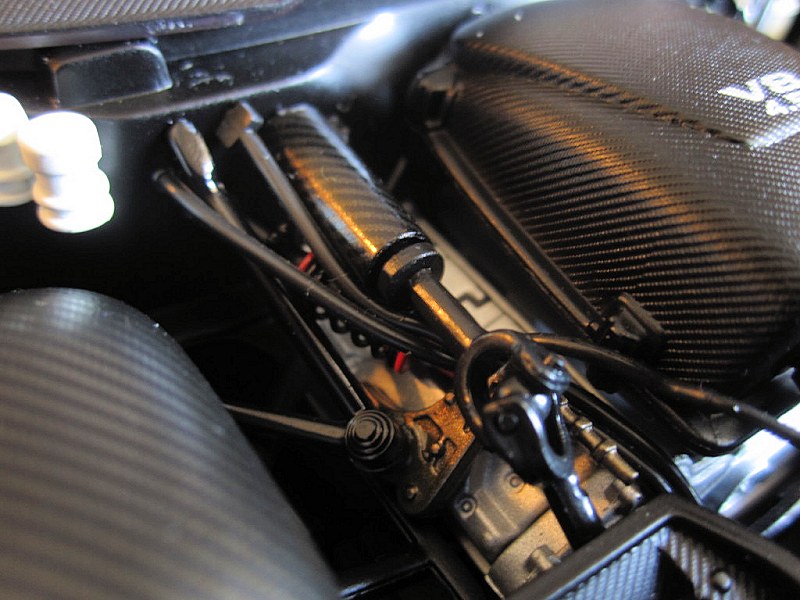 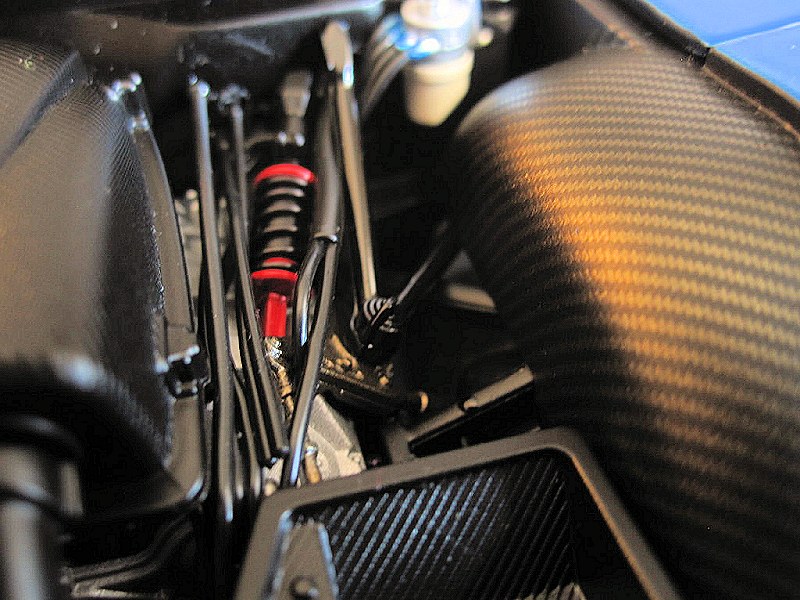 The interior can be accessed relatively easily, thanks to the slats in the windows. Once the door is open, what’s inside does not leave you wanting. There are two large photo-etched metal pieces on each door sill, which simulate the heat reflectors, as the giant exhausts vent their hot air directly under the door. There are great details like wires, buttons, and safety roll-cage. The harnesses are molded plastic pieces, but I take no issue with that as I did on the MC12, as this model is more than $100 cheaper. In fact, “bang for your buck” is a good descriptor for this model. 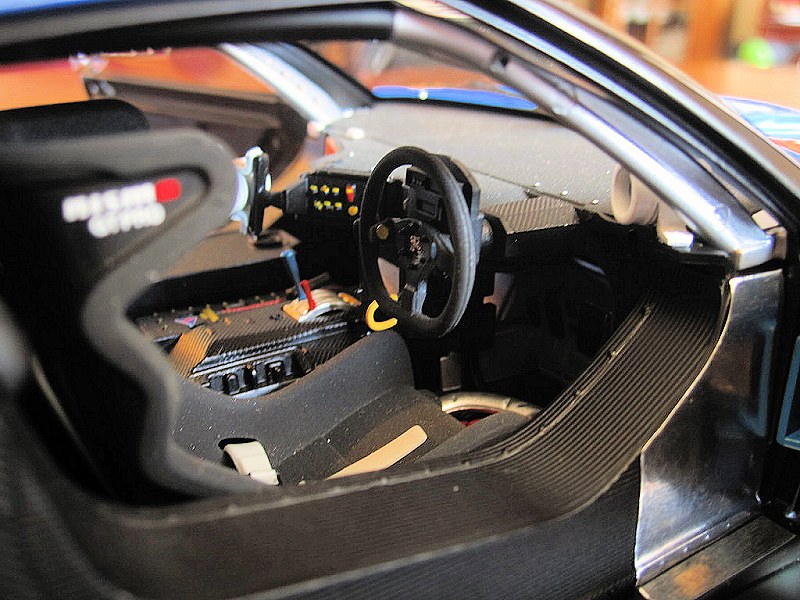 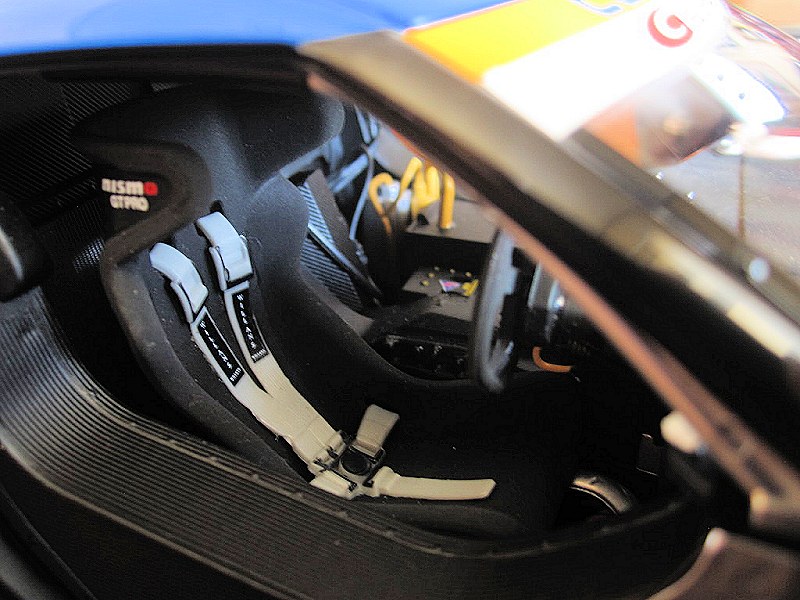 The rims and tires are fairly well-detailed and the center hubs are colour coded. The calipers are AP Racing items, and the tires are Bridgestones that are slightly sanded for realism’s sake. 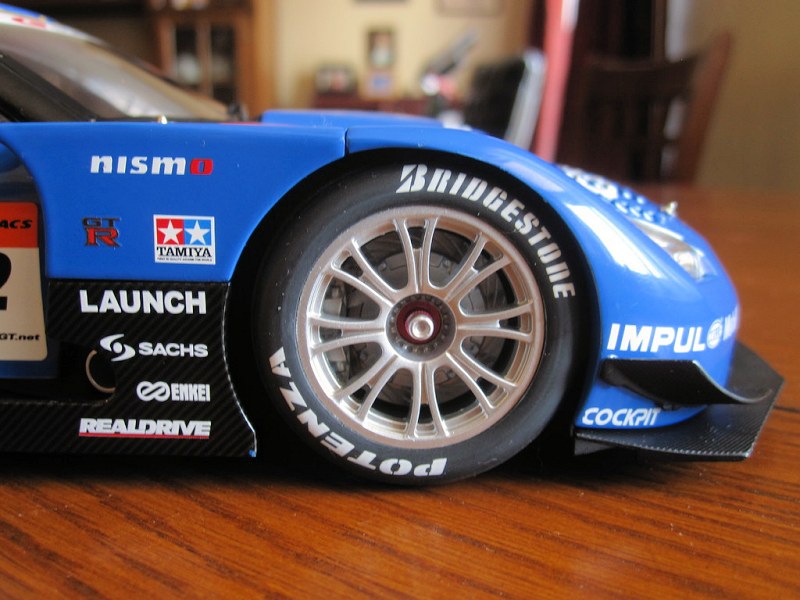 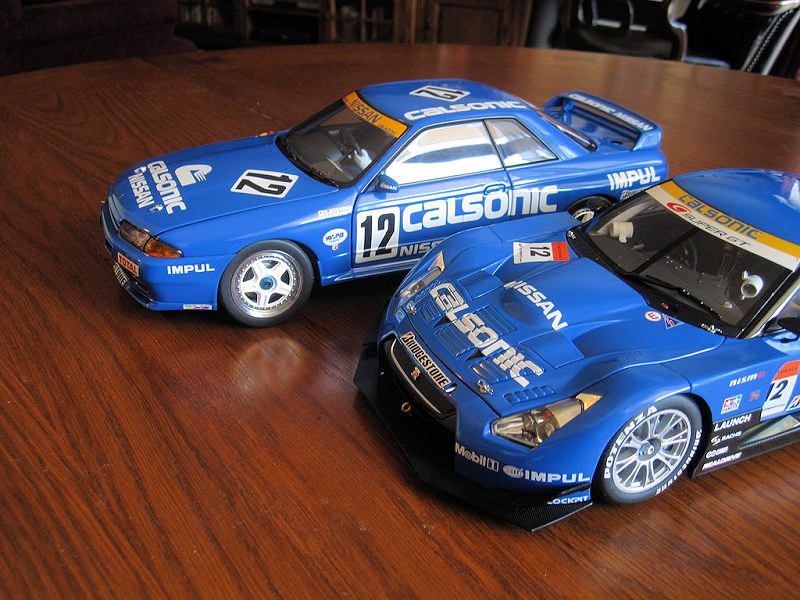 You can tell AUTOart is partial to a car when they put a picture of the 1:1 on the Certificate of Authenticity. I like subtle touches like that to let you know that they care about it and want you to enjoy it the way they do. These Japanese models are extremely honest pieces and it feels like you get more than what you pay for. Of course these are extremely niche models, and there is a Test version available that could qualify as a plain bodied model, but they probably mostly sell the bulk of these in Japan, where there is a much bigger following of the Super GT series. Lots of European drivers cut their teeth there. In fact, Le Mans winner and Audi Works driver Benoit Treluyer raced the winning GT-R in the 2008 season. There are racing fanatics like myself that will get their hands on any race car they find in 1:18, and if you’re one of them, then one of these models belongs in your stable. 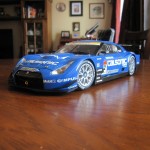 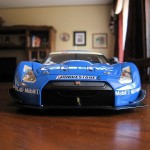 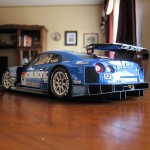 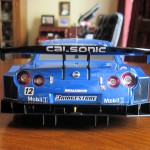 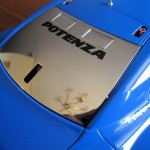 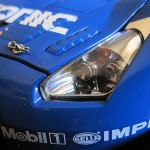 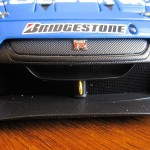 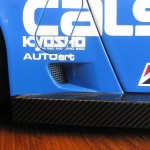 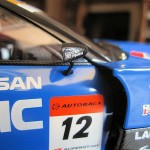 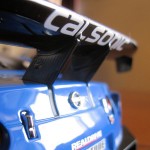 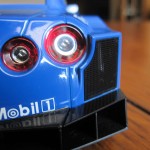 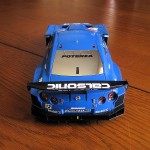 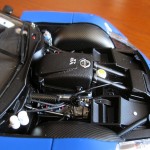 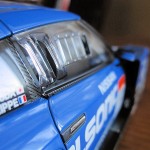 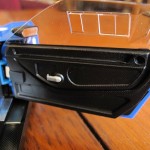 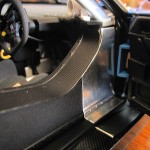 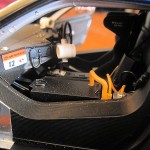 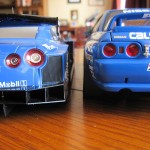 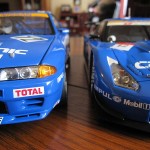