Every now and then in motorsport comes a car that completely overturns the status quo. The R32 was one of those cars. Through innovation and technological savvy, Nissan came along and steamrolled over the competition. Back in 1990 this car, affectionately dubbed by the Australians as the Godzilla, possessed such tricks as four-wheel drive with computer-controlled torque split and all-wheel steering. The Godzilla destroyed absolutely everything – the E30 M3s, the RS500 Cosworths, while in Australia it chewed up the V8 Holdens and Fords (the R32 had a twin-turbo six cylinder engine). The Nissans won the Group A Championship in 1990, 1991, and 1992, and Down Under they dominated the Bathurst 1000 races. In Japan, they were even more unstoppable, winning 29 races out of 29 starts, across four seasons. There were plenty of GT-Rs on the grid at that point, but this Calsonic Skyline stuck in people’s minds as the original Godzilla because it stood above all others and won the first and fourth seasons. Apart from the Mazda 787B, I can’t think of another cult race car so revered by its fans. 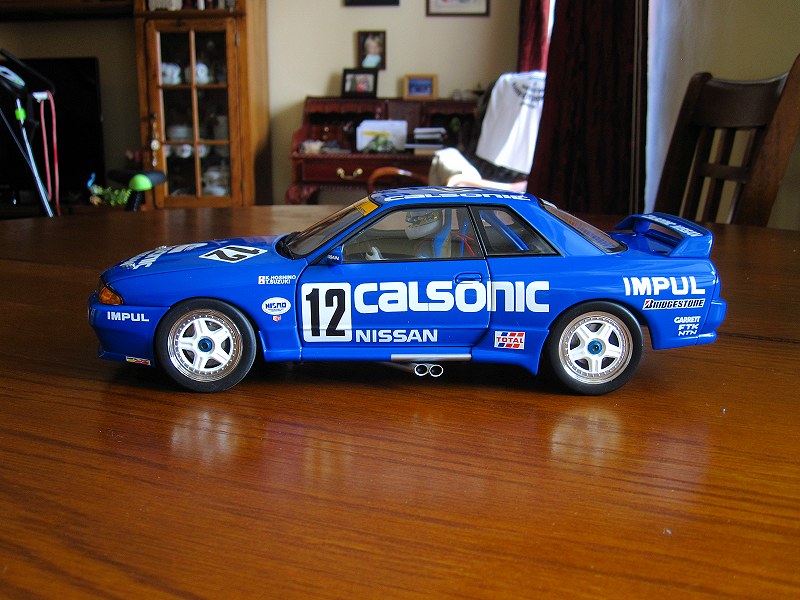 I’ve been waiting for this model for years, so I’ll admit, I am quite giddy now that I finally have it in my hands. The original run released by AUTOart sold out quickly, and such is the nature of this legendary car, that they all found collectors unwilling to part with them. In five years of looking for it on eBay, I may have seen one or two, no more. So I was pretty excited to find out that they were going to listen to our moans and cries and release it again. I was even more thrilled that they were going to produce a number of them (one thousand) with a display case and figurine. 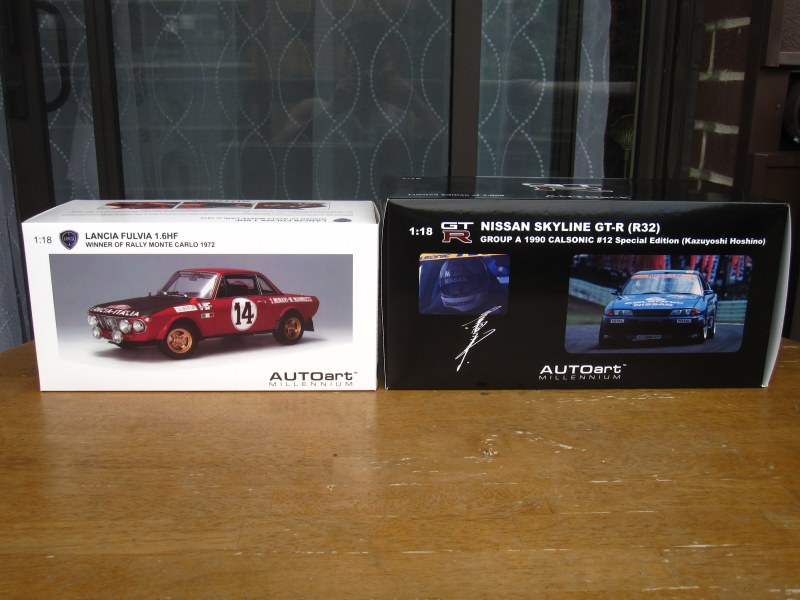 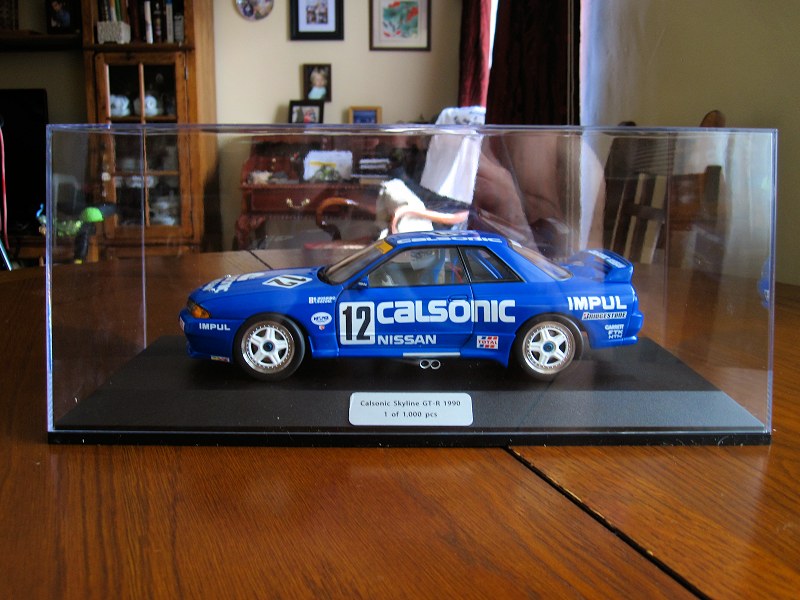 As soon as you clap your eyes on the box, right away you notice the size. It also has some special images on it, which is refreshing to see after a whole slew of featureless black and silver Signature boxes. Once opened, the model is ensconced in the display cover and base, which are nicely packed. The base comes with a special plaque denoting the car and the limited edition run. 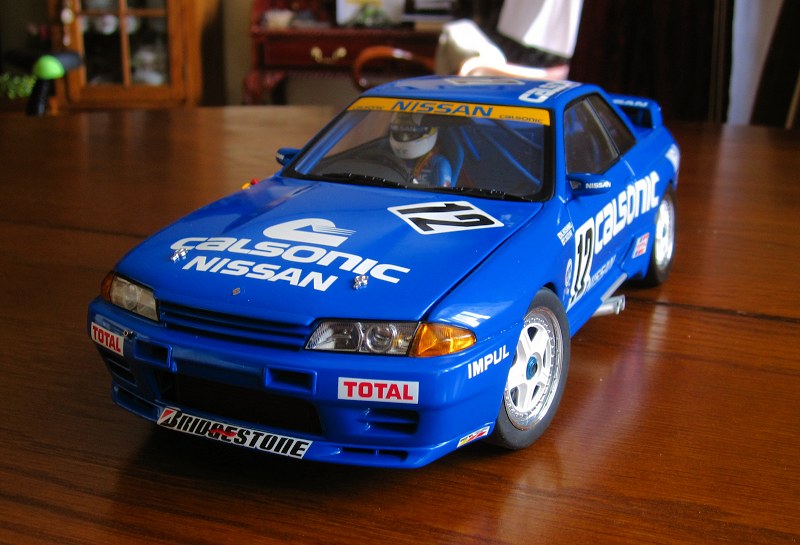 The car’s iconic livery is very well done, all tampon printed, and the finish is smooth everywhere you look. The fit and finish are great, though the hood is a little wobbly and the shut lines on the trunk could have been tighter. The hood insignia is a separate piece, as are the hood fasteners, and the electrics/fire extinguisher knobs on the right front flank. There are tow eyes at the front and rear, and the front is connected to a really lovely photo-etched piece, which is attached to the front radiator housing. The exhausts that stick out the left side are rather poor and very cheap looking. They aren’t hollow and are very rough-shod. I know AUTOart can do good exhaust tips – their D-type is a testament to this. The rims look very nice in white with anodized blue center locking nuts. The brake rotors and calipers are as featureless as they are on the original, although the calipers have correct markings, which is nice to see. The lights also do not disappoint, so let’s move on to the interior. 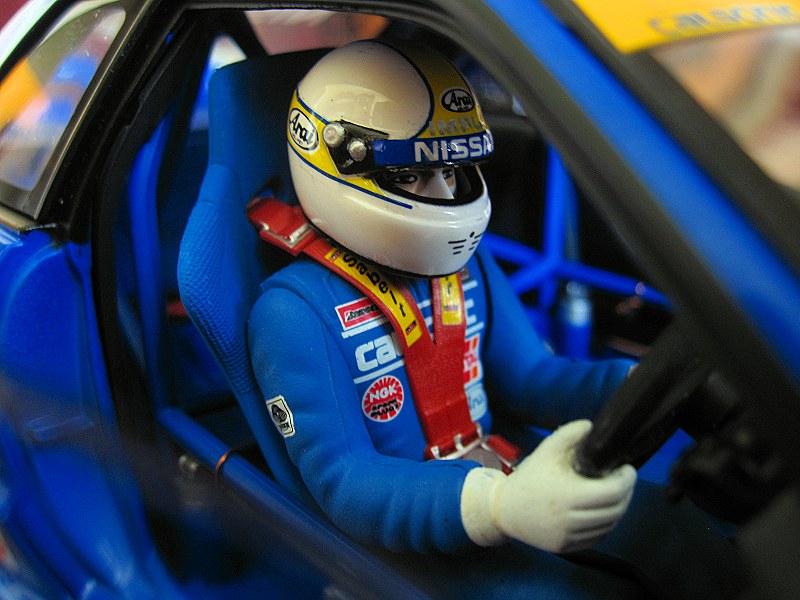 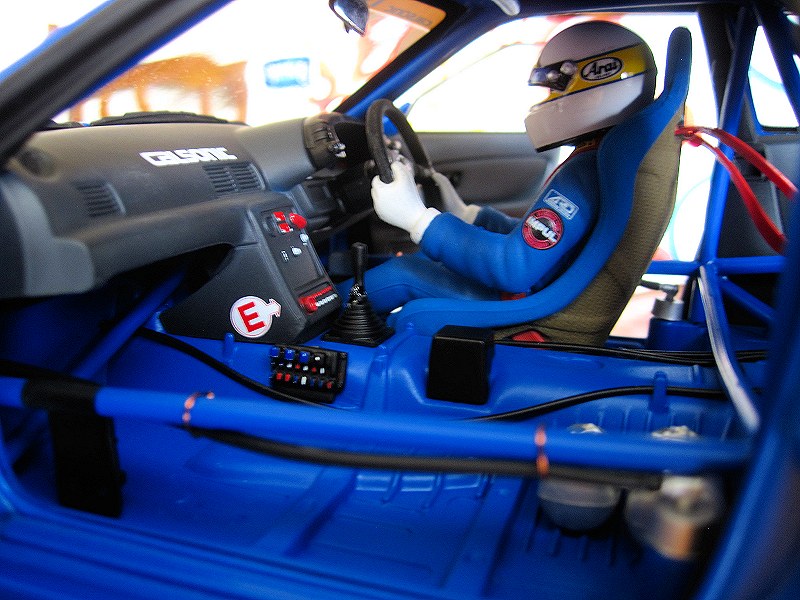 The interior is very interesting because here we find Hoshino-san, who is looking very determined indeed! The figurine is well done (it is rubber), with movable arms, which are betrayed by a reluctant steering wheel. This is a common theme on AUTOart models of late. Either the steering wheel works, or the wheels themselves, but not both, and rarely ever in unison. The interior is great overall, and I particularly like the pieces of copper wire that secure various pipework to the roll cage. Glue application has been really bad in the last two AUTOarts that I bought, and the theme continues here. There is visible glue residue on the steering wheel, where the driver’s arms are connected, and on the gear shifter. The door hinges are authentic, though the trunk and hood hinges are still dog leg items.

Speaking of the trunk, it has two chromed fasteners on it, and is perforated to accommodate refueling. As for the engine bay, it is well-appointed, with lots of different colours to simulate different materials, but nothing out of the ordinary.

The underbody has lots of details, since this is where the ATTESA E-TS four-wheel drive system resides. There are also brake cooling hoses held together by more copper wires (at the rear). The suspension is not functional, and most of it is cast in black plastic and therefore not very nice looking. 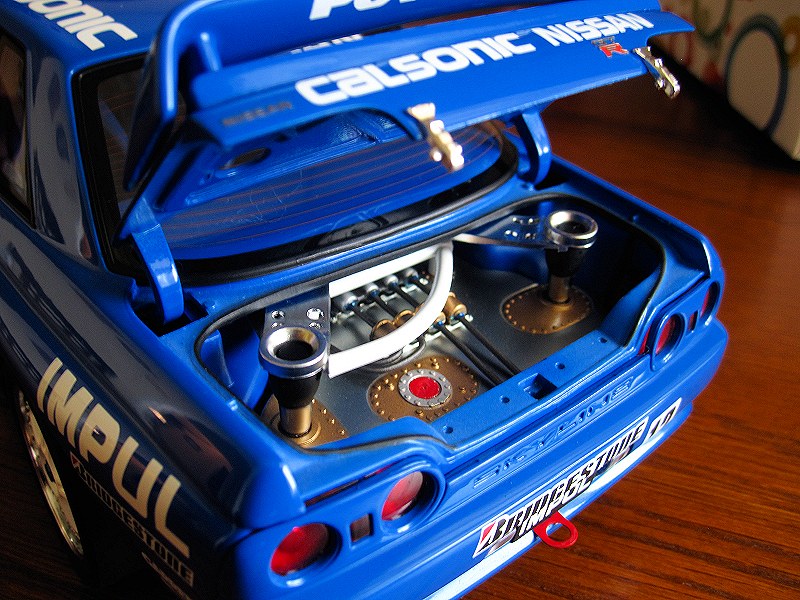 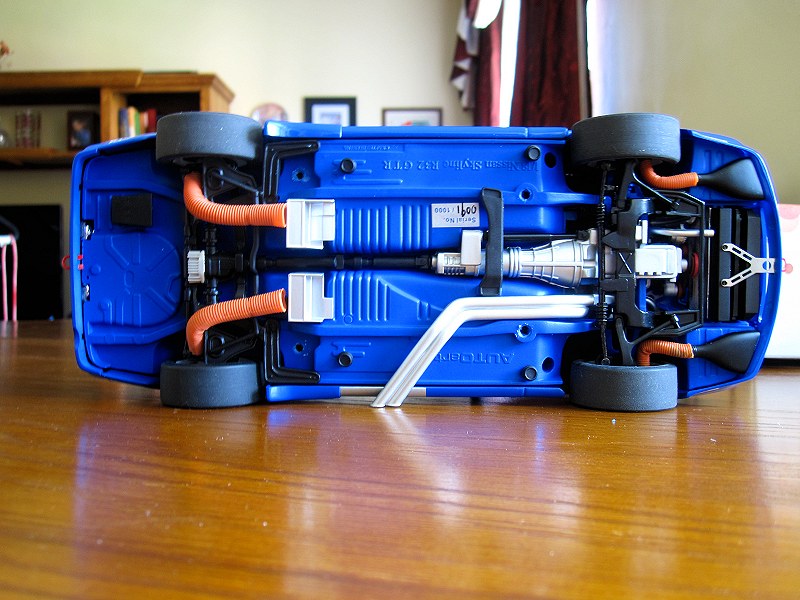 Time for the verdict then. It’s hard for me to judge this model subjectively, as I am a huge fan of the car. I am also, however, a diecast collector, so I do notice things like glue residue and dog leg hinges. Are they significant enough to dislike the model? Absolutely not. I paid less than $200 for this model, and for that, I got a limited edition run, a display case, and crucially a driver figure (very fond of these). Is it worth it? Considering a plain black street version costs you $25 less, I would have to say yes. For that extra $25, you get a special model of a very special cultural icon and a cult car. If you are a fan, go for it, but do so quickly, as I imagine these won’t last very long. Enjoy the pictures! 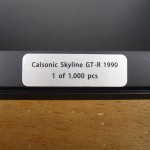 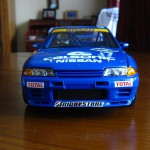 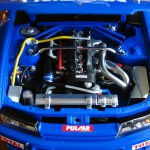 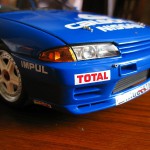 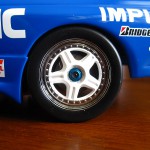 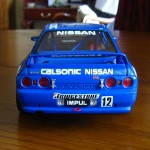 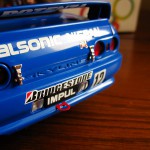 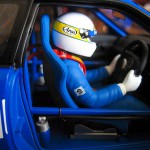 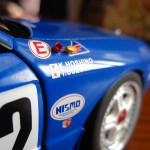 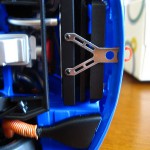 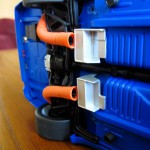 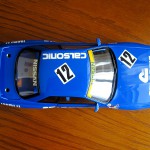