I promised to post some reviews of my models in my showcase thread so here we go. I’ll post my views on the models as well as some back story as to why I got that particular model.  I thought I’d start with the first 1:43 model I got.  That this was the one that really started my collection was no real surprise as the subject is a very personal one. The drivers Fredrik Lestrup and Lars Stugemo are friends of mine. This car raced in ADAC GT Masters back in 2011 with a range of drivers supporting Fredrik Lestrup as the main driver. It also raced in the Swedish GT Championship where Fredrik ended up as the overall champion. 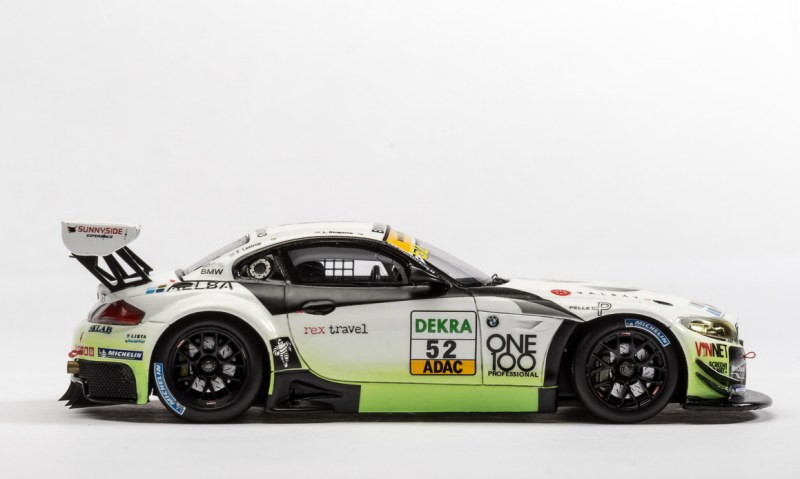 The model itself is faithful representation of the BMW Z4 GT3 and the livery is very nicely done. It sits very low with a nice race car stance. The green gradient is one of the main features that they pulled off very well. On the real car it goes a little higher up on the sides but that’s nitpicking. I’m familiar with most of the brands featured on the car and the logos are very accurate and even the smallest fonts are readable (look at the WCR website URL on the A-pillar). 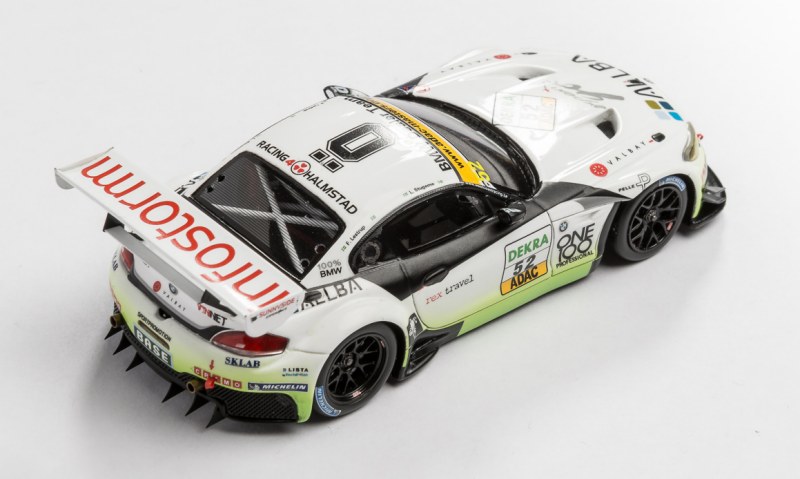 Detail wise it’s somewhere around where I would expect it to be for the price. Nice clean shutlines that doesn’t look out of scale. A nice detail I really like is the little red tow strap in the front. The model features a small radio antenna on the roof but mine was bent to the side and as I repeatedly tried to straighten it it eventually came off. Well, I’d rather have no antenna than one pointing in the wrong direction. I nice detail but not essential for me.

As it is a closed 1:43 model you can’t see much of the interior but what you can see is very nice. It features a white roll cage. A driver window safety net and they even put the small Recaro logos on the head supports of the racing seat. 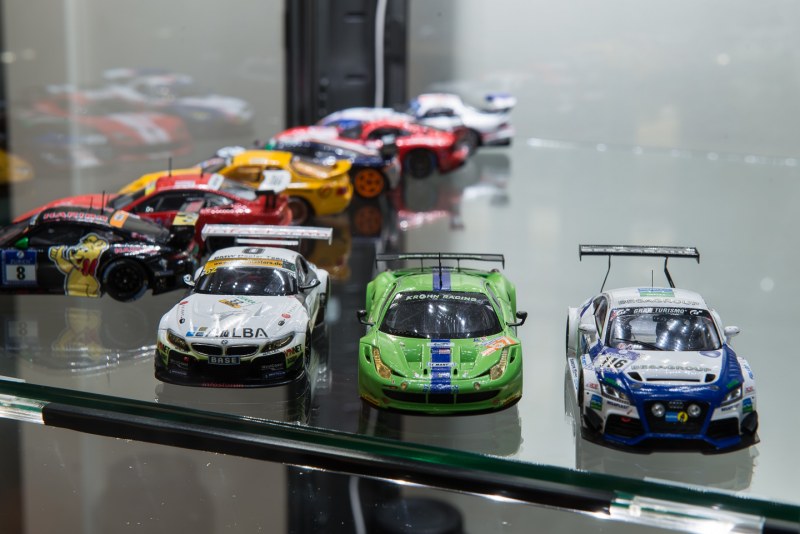 Overall it’s a very nice BMW Z4 GT3 model that I can recommend to anyone looking for one. For me it holds a personal value as well as it’s not just any Z4 out there but one that my friend actually raced. 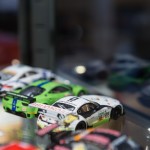