Back in 2011 Automobili Lamborghini SpA finally unveiled the long awaited Murciélago successor, called the Lamborghini Aventador LP700-4, which became an instant success with sales figures reaching record heights in no time despite the hefty asking price. As usual, it didn’t take too long for MR to release their high end 1:18 resin model in the original Arancio Argos release shade, followed by a long list of special shades after that.

A year later, at the Geneva Auto Show in 2012, Lamborghini ‘stole’ the attention away from the competition with the one-of a-kind Aventador J finished in a stunning dark red metallic shade, a car that showed the first ‘roofless’ Aventador to the public. Only one unit was made and it was already sold before the public even saw it for the first time, at a solid 2,200,000 Euro excluding taxes. As usual, MR was the first to release it in 1:18 scale, and again in a series of shades, all of which are total fantasy but one – the Rosso J shade. 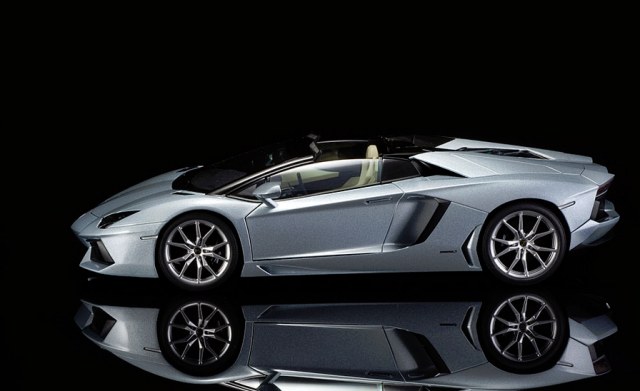 So when AUTOart finally released their 1:18 scale Aventador J in this amazing looking dark red metallic paint with opening parts it didn’t take long to decide to add it to my collection, do note that AUTOart also saw extra sales in a few shades that never even existed in real life like white, black and green … but as usual I’m only interested in the original shade just like it was featured on the original, unique Aventador J.

So only one lucky person in the world could enjoy driving an Aventador without a roof (note that the Aventador J didn’t have any kind of roof available), until late 2012 when the beautiful Lamborghini Aventador LP700-4 Roadster was unveiled about 18 months after the closed counterpart, and they learned a lesson from the Murciélago Roadster, which has a rather difficult canvas roof panel … the Aventador came with a two-part, lightweight roof design that could be nicely stored inside the front luggage compartment. 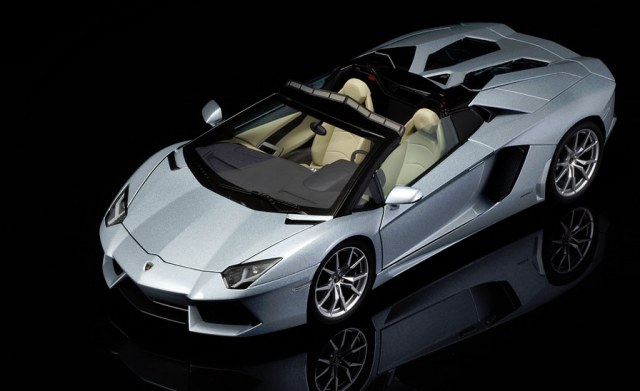 Again, MR was the first to release a 1:18 scale model, but with no opening parts and an interior that really wasn’t that good. I felt it was just too expensive and decided to wait for another make to release this truly amazing looking Aventador Roadster. Almost two years later, AutoArt finally started shipping out their 1/18 diecast models of the Lamborghini LP700-4 Roadster, shortly after they also released the limited edition Aventador LP720-4 50th Anniversary edition in Giallo Maggio.

When Lamborghini showed the first official press photos of their new Aventador Roadster they made sure the topless V12 Bull was finished in a special shade that has been created specifically for the Roadster. Azzuro Thetis is in fact a light blue metallic shade that, according to Lamborghini, has been derived from the one and only Lamborghini Miura Roadster. 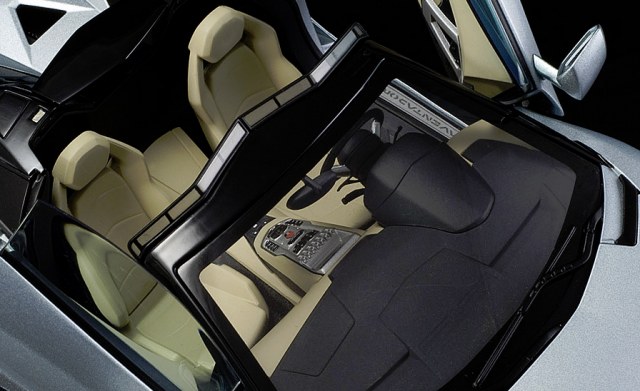 This very stylish looking shade was combined with a light shade interior called Sabbia Nefertem. With the black air intakes and glossy black windshield surround, the Lamborghini Aventador Roadster had a very nice look. I do admit she looks amazing in some of the more aggressive shades like Arancio Argos and Verde Ithaca, but this Azzuro Thetis over Sabbia Nefertem combination gives a much more luxurious feeling to the V12 flagship Roadster. 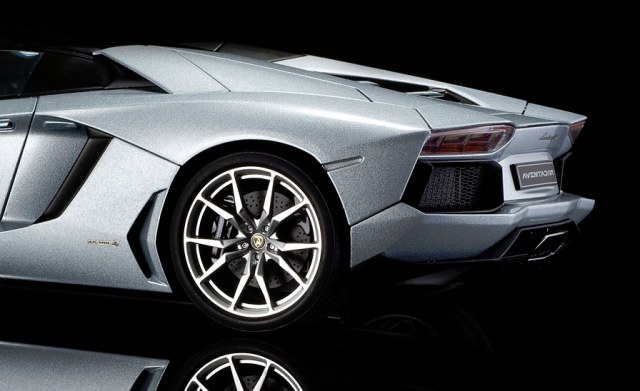 The optional Dione wheels were shown on this press release Aventador Roadster too, finished in bright silver over a set of glossy black brake calipers, while the newly designed engine cover with glass panels (glass fins being an option, by the way) allowed onlookers a stunning view of the massive 700hp V12 engine hiding underneath, surrounded by a clear carbon fiber ‘tub’ this time.

So how does this 1:18 AUTOart model compare to the real car? In one word: perfect.

That’s right, it is not very often I get to use this superlative on a 1:18 scale car, but I think AUTOart nailed it this time. Their Azzuro Thetis shaded Lamborghini Aventador LP700-4 Roadster is a perfectly downsized version of the actual press release car used by the Sant’Agata company. 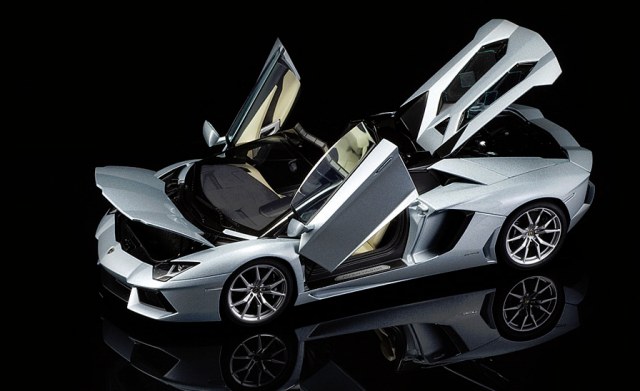 The metallic blue paint is really, really bright and shiny under direct light. The glossy black parts around the windshield and behind the seats look as real as they can be, and AUTOart even supplies the two roof panels, which, as in the real car, require you to put in the passenger side piece first, before you can ‘install’ the driver side roof panel. And they even fit similar to the real deal. Glide the pins at the front into the windshield surround and lower the back onto the black roof section, where on the AUTOart model a small magnet holds them in place.

When you look closely at the section behind the seats, you’ll even notice the two red squares that in real life are used to release the roof panels. AUTOart’s attention to detail is showing once again. And just like on the real Aventador Roadster, the two roof panels can actually be stored up front. Note that it isn’t easy (it isn’t easy in real life either, mind you), but it can be done. And while the roof panels are stored, you can even fit the wind deflectors on top of the windshield … on a 1/18 scale model! How cool is that? 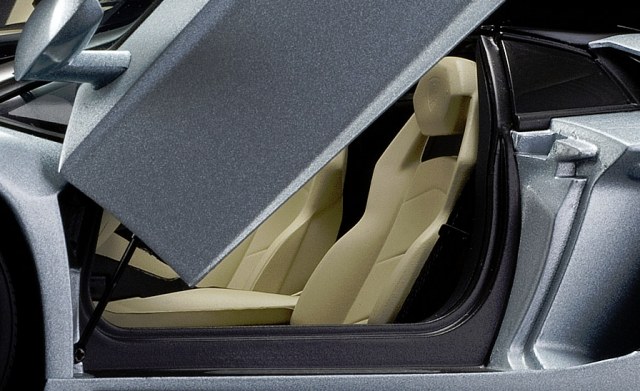 While on the 1:18 AUTOart Aventador LP720-4 finished in Giallo Maggio they missed a few details under the cover compared to the press release car, on this Aventador LP700-4 Roadster their scale model is identical to the press release Bull. The engine surround is showing a carbon fiber finish and the suspension springs are glossy black, just like they should have been on the LP720-4 too, so AUTOart did get it perfectly right on this model.

The beautiful Dione wheels are another piece of evidence AUTOart did some serious homework on this Aventador Roadster model. They are in fact a little larger compared to the Iperione wheels AUTOart used on the regular Aventador LP700-4, which is exactly how it should be, as the Iperiones are 19 inch up front and 20 inch at the rear, while the optional Dione wheels are 20 and 21 inch respectively. So AUTOart made some totally new molds for these wheels, which are also used on the LP720-4 by the way, finished in black on the Giallo Maggio shade. 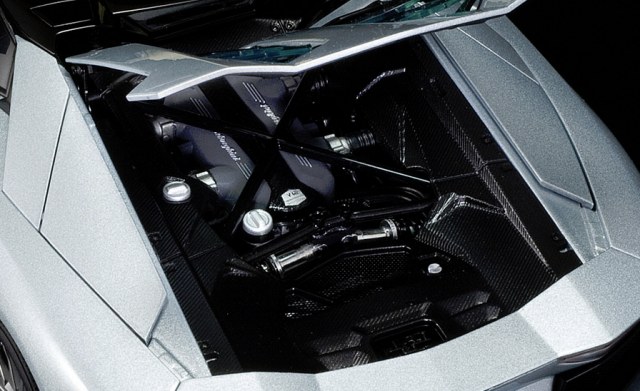 So I did state this 1:18 scale model from AUTOart was perfect. Was I wrong in any way? Well, there is a small issue. Not with the model itself, but with the box. Take a close look at the box and you’ll notice the matte finished cardboard box that comes inside a plastic protection cover actually uses a decal showing the Aventador LP700-4 Roadster name. Now, why would you put a decal on such a beautiful box? Could AUTOart be using left over boxes from another Signature model? Not really … one brave collector actually removed the decal from the box and unveiled the reason why AUTOart just had to put a decal over the original box. The printer misspelled the name. The original box shows ‘Avendator’ instead of ‘Aventador’, nothing more, nothing less. 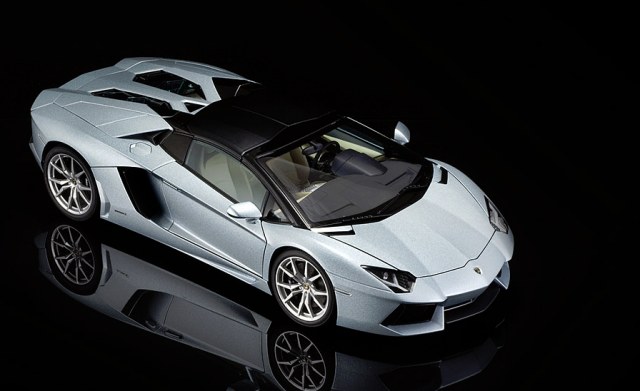 So I still think this AUTOart model is as perfect as it gets when it comes to 1:18 scale Lamborghini Aventador LP700-4 Roadster models and you should add one of the four shades available to your collection before they sell out, which in the case of this Azzuro Thetis happened in a matter of hours at the shop where I got it from. 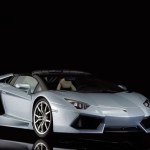 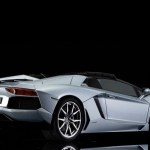 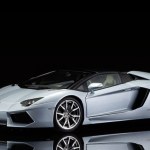 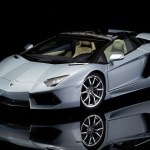 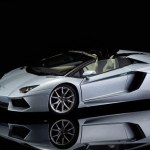 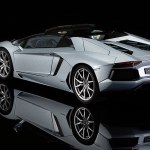 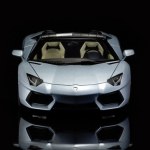 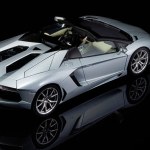 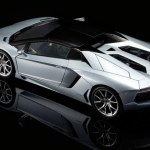 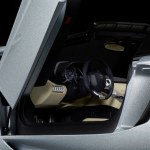 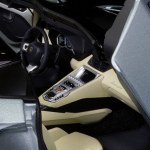 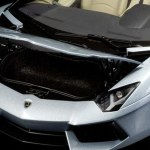 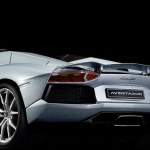 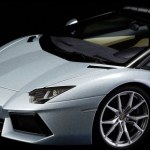