I was looking forward to AUTOart’s MC12 for a while. Curiously enough, they decided to release the racing versions before the road cars, which is fine by me, since most of my collection consists of race cars anyway. This model is from their Signature line, so it comes in the usual black box with silver lettering, which contains a booklet, instruction leaf, and a certificate of authenticity. It also contains a door opener, which is not really necessary, as it is not very difficult to open the door, or to remove the hood and the engine covers. There are, however, good news and bad news. 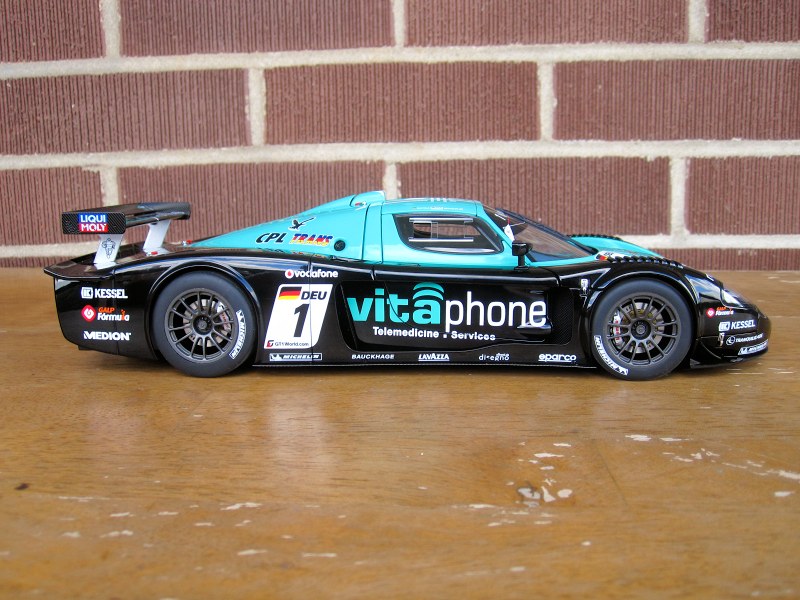 The good news is that the model looks beautiful. The lines, the stance, the overall shape, it’s all there. The paint work is vibrant and lustrous, except along the “seam” line where black meets turquoise, which is thankfully almost impercetible. AUTOart claims a parts count of 471, and I believe it. The model is also very heavy. In fact, I think it is the heaviest AUTOart model I have. The Maserati logo is too small for me to figure out what it’s made out of, but it looks good. The engine cover fasteners are 3D items, and consist of two parts. The lights look passable, nothing special to see here, since this is a race car after all. The grilles take the cake though, as there are a lot of them, and they are all faithfully reproduced. 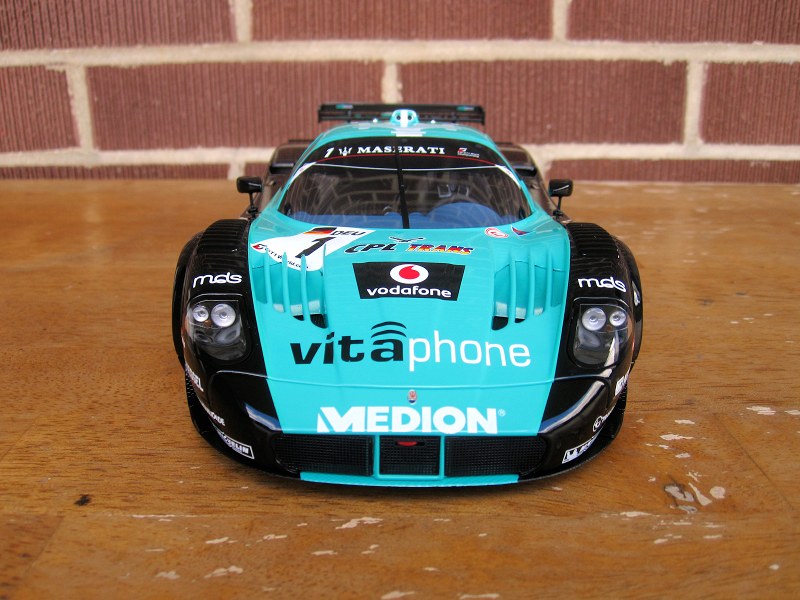 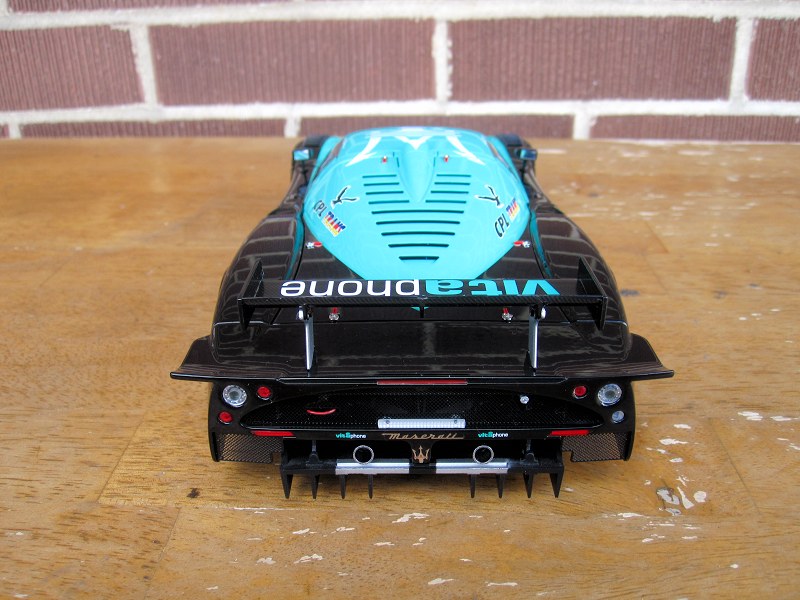 Now onto the bad and the shocking. Upon closer inspection of the many graphics on top of the car (but not the side), you realize that the giant Maserati logo on the roof, the number sticker, “Vitaphone”, “Medion”, and the “CPL Trans” are all – whisper it – decals. That’s right, good old water-slide decals. This is fine and all on a budget model, but this was initially listed for $329 on the AUTOart website, and later downgraded to $299. I’m sorry, but decals on a $300 model are inexcusable. In fact, some of them are so shoddily applied, that I’m actually shocked. The number sticker decal that goes over the hood strakes was physically torn to accommodate their shapes. You can see tear marks on the edges, and parts of the decal not even in contact with the body work. What happened to tampo printing? The only argument I can think of is that they had difficulty getting tampo prints to look right on the extreme surface changes of this car. The Sesto Elemento had surface changes, and the carbon fiber pattern was printed beautifully there. Whoever made the daft decision to use decals at AUTOart should frankly be fired. Either make it right, or don’t make it at all. Not to mention the lage chunk of glue residue that was left in the front “hood” section, which you can see in one of the pictures below. Frankly, how that passed QC is beyond me, 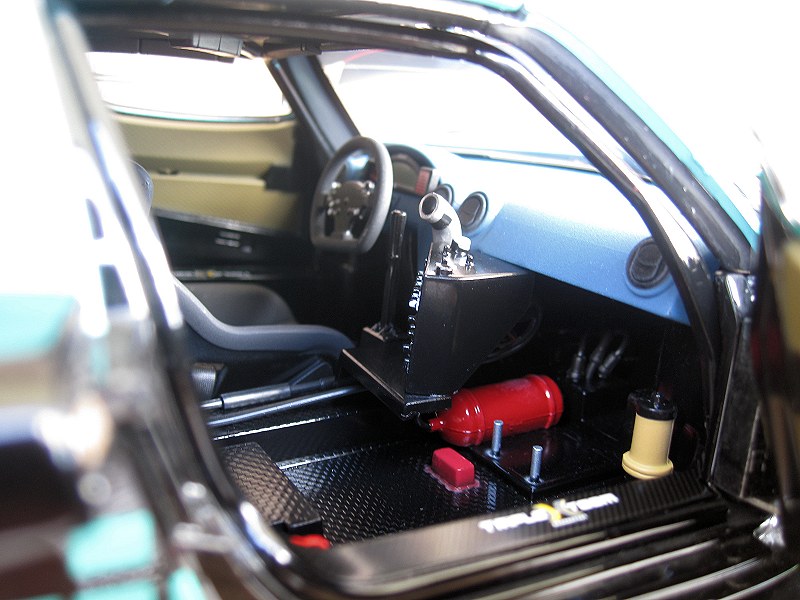 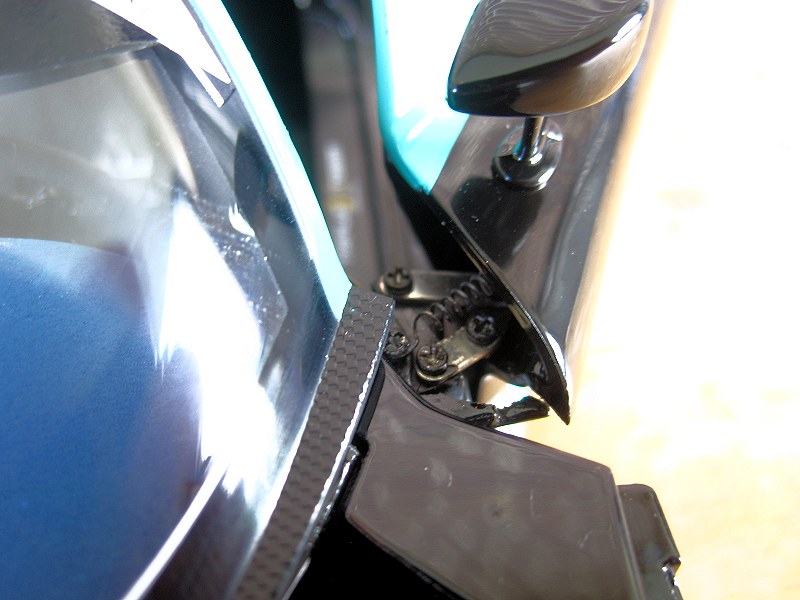 Unfortunately, the cost-saving does not stop there. The interior is cheap and plasticky, and the seat belts are made of solid molded plastic, like on Hot Wheels Foundation models. The only redeeming feature here is the door hinges, which are exquisitely made, but feel very fragile, so exercise great care when operating the doors. 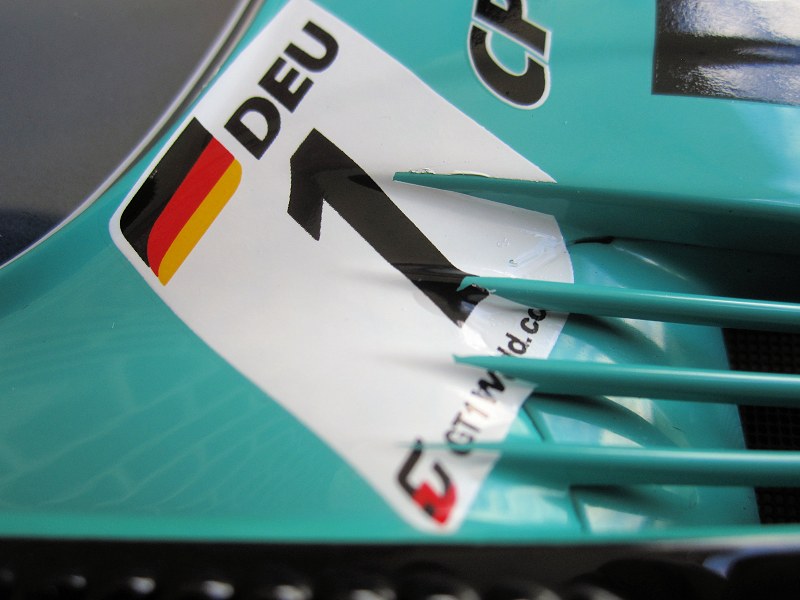 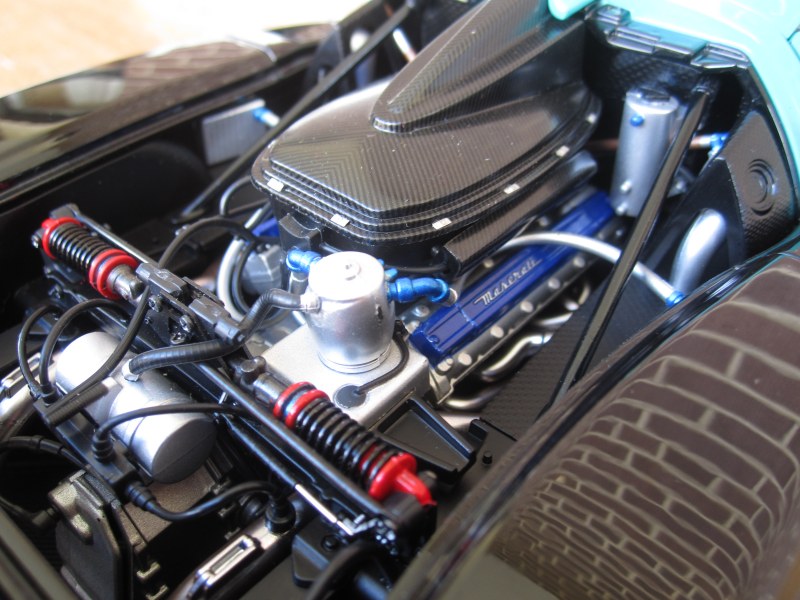 They never bothered to replicate the fuel filler caps. These are just solid black holes. The engine cover is held in place by magnets and reveals a mediocre engine compartment that, while boasting pretty nice carbon fiber textures, is very underwhelming on details and materials. There are thick plastic tubes with visible mold lines, and not a clear tube or braided wire hose in sight. The only redeeming feature here (and under the hood panel) is the astonishing suspension detail. The contrast between the levels of detail is jarring though, and will certainly raise eyebrows. There are also soft, flexible rubber brake cooling hoses that are nice, but not much else to look at. 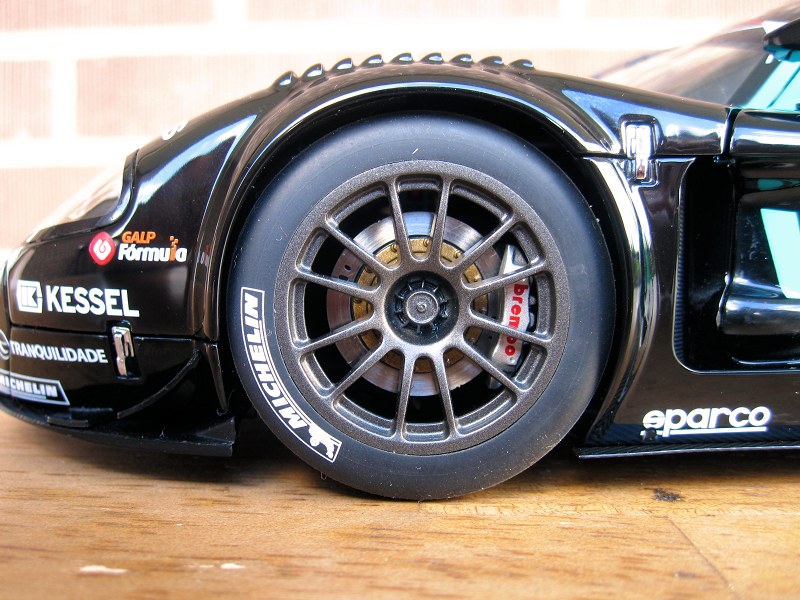 The wheels and tires are usual AUTOart items, and the rims could have also used more detail. The brake rotors are shiny, which is puzzling since race cars have carbon ceramics, which are not refractive at all. The tire texture looks realistic though, as it was likely brushed. 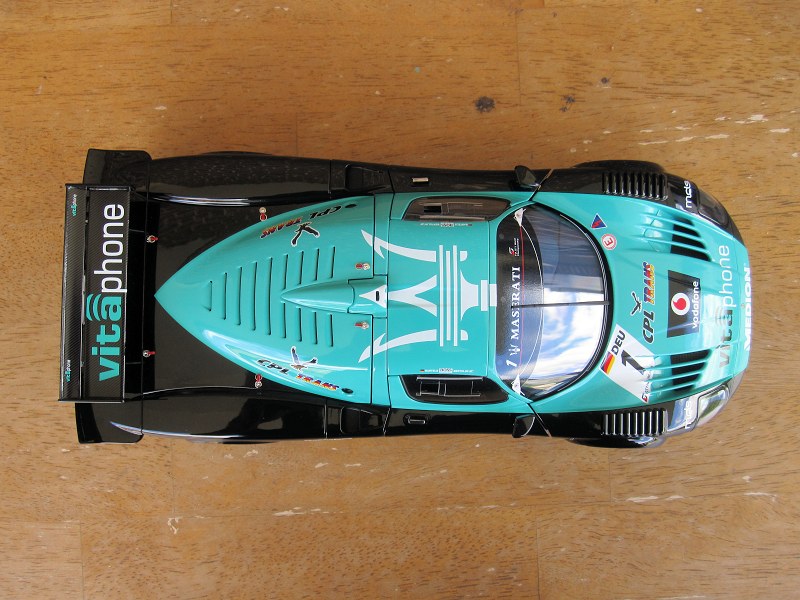 So what we have here is a mixed bag of some good, but mostly bad bits. If you put this model on display and never really examine it up close, you will be happy with it (except when those decals start to peel, of course). However, if you’re the kind of collector that handles his models often and relishes looking at detail, you will have to ask yourself questions. Questions like is this model worth the asking price? Is it on par with other Signature releases like the Pagani Zonda R, and the Mazda 787B? And the answer to both of those questions is no, absolutely not. The MC12 is similar in quality to the Aston-Lola B09 ‘Gulf’ LMP1 car, which was a handsome model, a Signature release, but not crazy on detail, and priced accordingly at around $200 when new. There is absolutely no reason for this car to cost $100 more than that, as you don’t get $100 more in quality. In fact, if someone told me that this wasn’t a Signature release, I’d have believed them. And that is saying a lot. 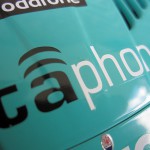 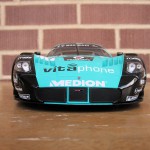 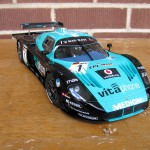 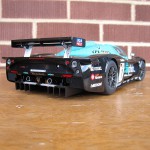 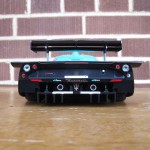 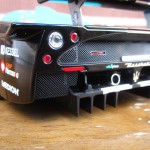 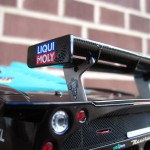 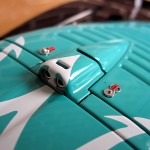 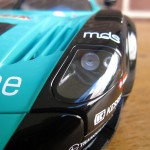 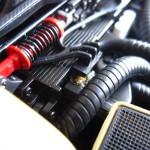 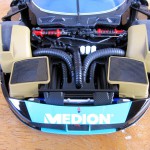 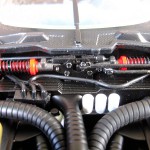 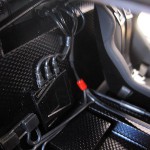 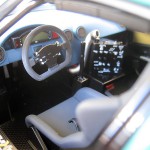 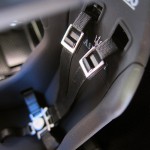 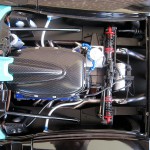