My first RUF experience in scale was the Spark (brilliant piece BTW) Porsche CTR Yellowbird. The Yellowbird needs no introduction, so when GT Spirit announced their version of the RUF CTR2 I was happier than a pig in shit. The CTR2 features either the standard rear-wheel drive or an optional all-wheel-drive system. The interior sports custom Recaro racing seats with Simpson five-point belts. The exterior offered enlarged brakes, RUF custom suspension bits, and the most defining feature of the CTR2, the integrated bi-functional rear wing, which provided downforce and air induction.

Power comes from Porsche’s air-cooled 3.6 litre, twin-turbocharged flat-six engine, which was tuned by RUF to produce a healthy 520hp and 505 foot-pounds of torque. A later, enhanced version was released which bumped the power output to 580 hp! So how is GT Spirit replica? Read on my friends. 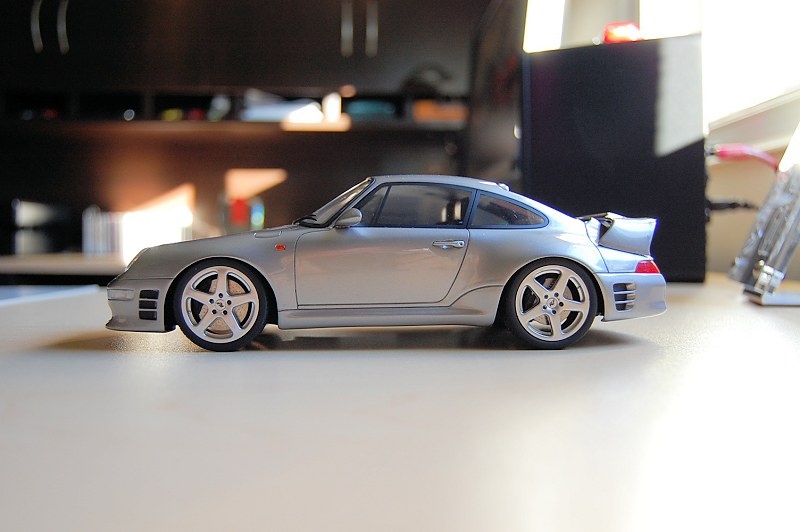 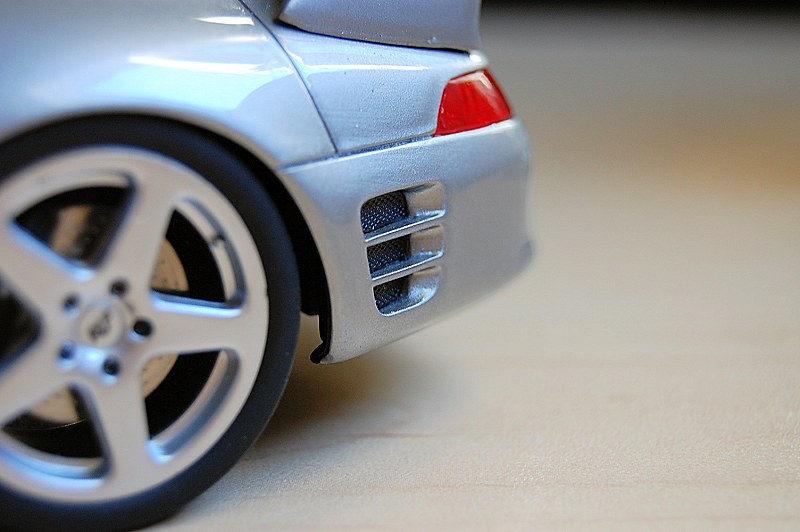 For the exterior GT Spirit went with a safe colour choice of silver. Execution is excellent, almost liquid-like butter folks. Body lines at first glance seem to capture the essence of the car, though the forward section of the CTR2 seems little condensed in my opinion.

Looking at the front fascia, the lower integrated spoiler/bumper doesn’t have the appropriate angle and depth. Front and rear intakes are also slightly off.   GT Spirit offers flat and thicker blades while the original car’s are more rounded and defined in appearance.  A little more sanding in the finish department would have definitely helped here. There are also fragments of glue residue on the lower grilles, which are solid pieces. 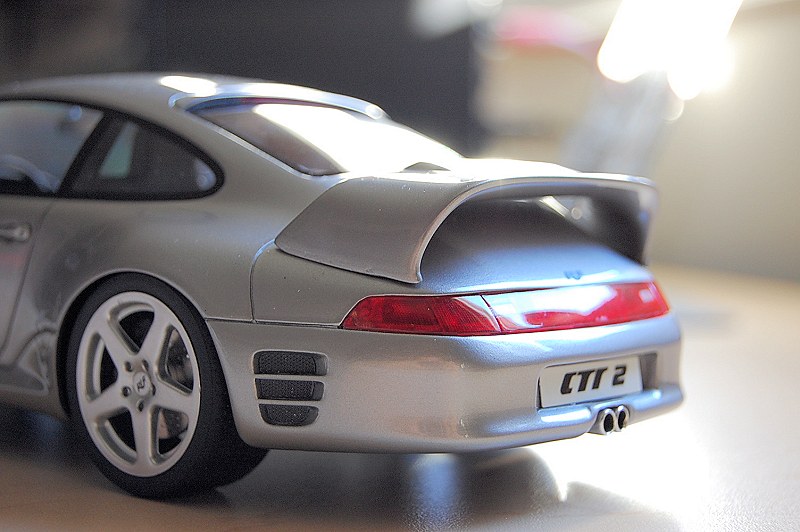 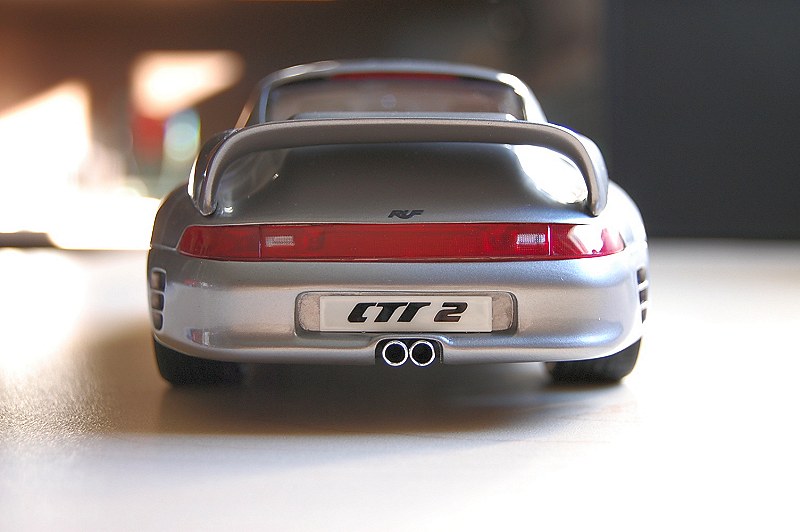 Moving to the rear section of the CTR2, the massive wing/intake is not moulded into the body but added as a separate unit. This is most likely due to the limitations of resin manufacturing process (my guess). I have not reached out to GT Spirit either for comment. Though I will say the entire package doesn’t look bad; in reality, it looks very good. Hats off to GT Spirit for taking a risk! 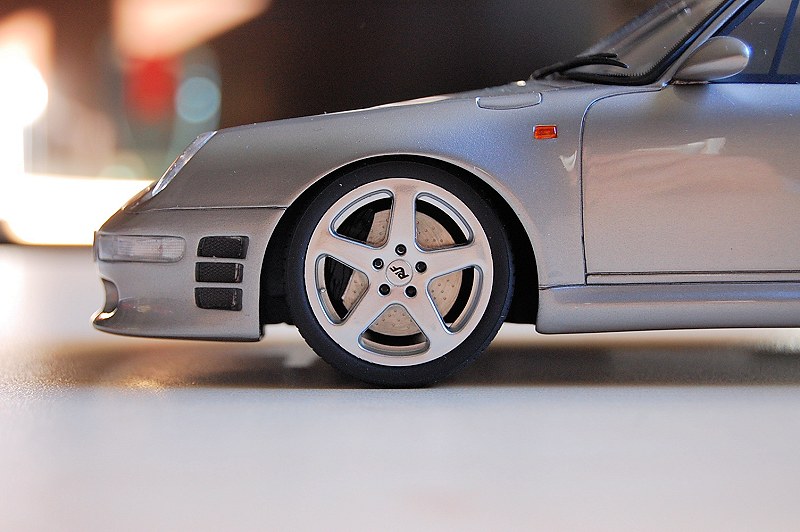 The wheels and braking components on the CTR2 are nicely executed, as usual. On closer inspection, one will notice the centre of the wheel is missing the slight curve and definition of the original wheel. It seems GT Spirit was playing it safe here, which is a shame, as this is where the team usually excels. 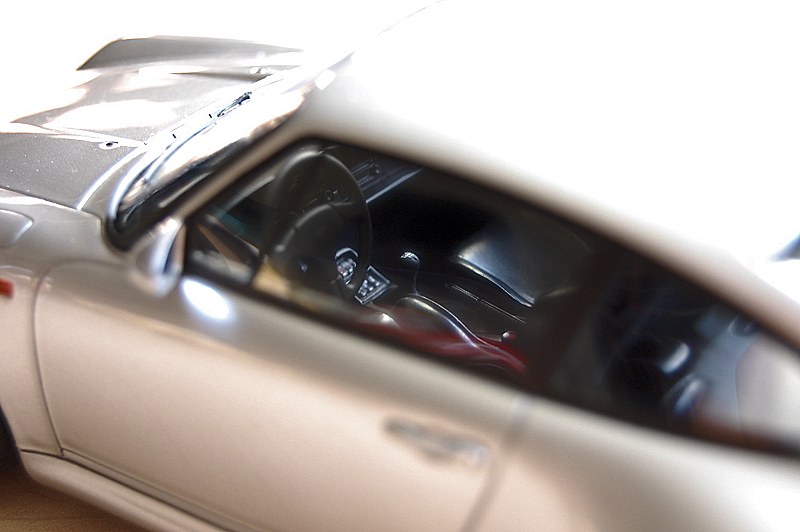 The interior is all black. The custom Recaro seating and RUF treatment is present, which includes the RUF logos on the seats and CTR logo on the rear section of the interior. Overall, the execution is clean and provides the realism collectors can appreciate. Let me apologise in advance, the sun was somewhat lacking here today so I could only provide one decent image. I may update the review in the near future with more photos. 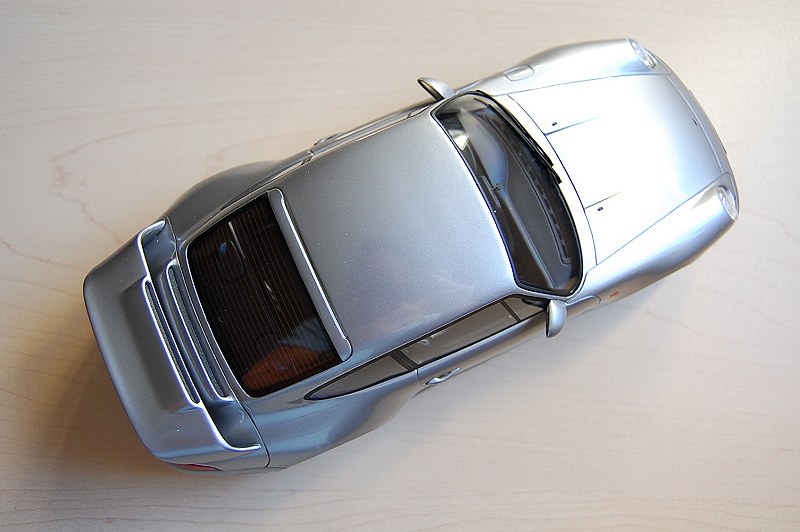 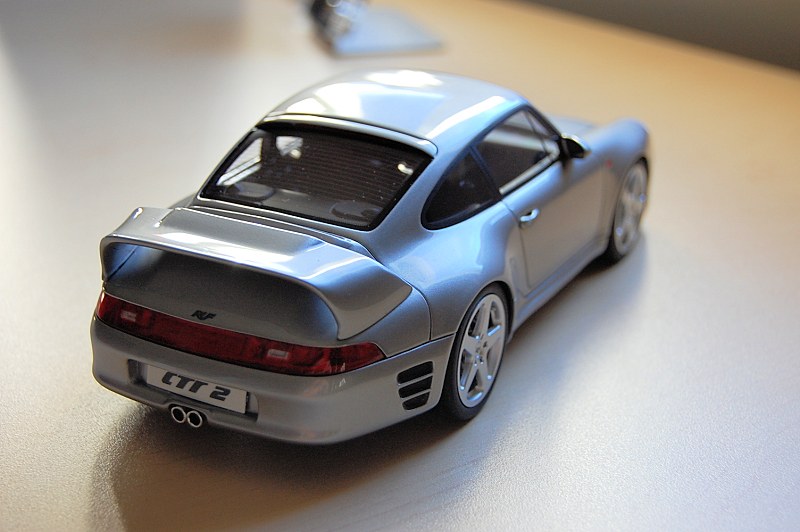 I’m a huge Porsche fan, as you know. Anything offered via the tuned aftermarket vendor channel will have a place in my collection, and RUF is no exception. The model presented by GT Spirit is very good, and no doubt sales are strong. Based on past purchases from the GT Spirit brand I’m a little deflated. The importance of the subject matter (for me at least) and the series of misses leaves me wanting more. Though I will admit these are mirror misses when viewing the model on the whole. If you’re a RUF fan you can move forward with the GT Spirit version or wait for the possible release of the TOP Marques version (announced June 2015). Well I’ll let you decide. Enjoy the pics! 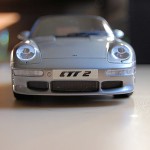 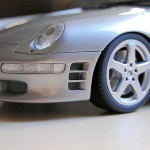 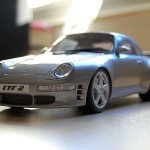 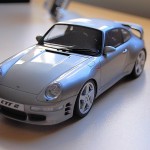 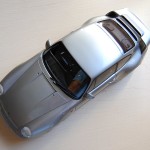