This review is written upon special request by Hughes who is one of the rare people who cared to leave a comment in my website´s guestbook. So here it is, the review about the Land Rover Series I by Minichamps.

The model is far from new and available in different colours, the latest one in red paint and the same dark green “canvas” top  not being the most fortunate in IMO. The Land Rover reviewed here is THE first Land Rover ever with its famous HUE registration and a green colour, which is quite appropriate given the fact that the Land Rover was made from aircraft aluminium left over from British warplane manufacturing after WWII and thus probably painted with the same paint like a Spitfire. The Willy´s Jeep copy  was a last ditch effort to save Rover Cars from going bankrupt and the aluminium was only made available to them on condition that they made cars for export to help British economy back onto its feet after the war. Steel was in short supply and luxury cars like the ones Rover had made before the war (“old money” aristocracy would have preferred a Rover over a doubtful nouveau rich image Jaguar) were low in demand, mass mobility not yet a prospect. Marketed “for the farmer, the countryman and general industrial use” the basic multi-purpose workhorse to help re-built (not only) Britain met the demand of the day, thus was an immediate success, consequently became the backbone of Rover Cars for the rest of its history and has finally outlived the parent brand today. 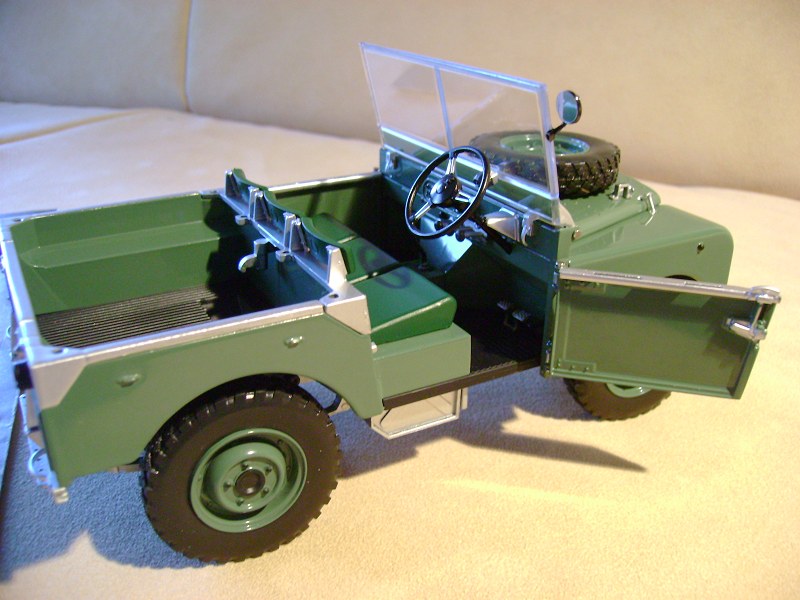 Minichamps diecast (!) model reflects the basic workhorse nature of the Land Rover well: The doors are hinged to allow  being opened 180 degrees. The hard plastic “canvas” top can be taken off, the windowed side door panels can be stuck  onto the doors like with the real car, the wind screen can be folded down onto the bonnet, the spare wheel can either be loosely put onto the bonnet or tucked into a mould behind the front seats in an upright position. The bonnet does not have any hinges to allow complete removal. The clamps to lock the bonnet into place are silver rubber. The engine underneath is quite simple – both the original and the replica: we can identify most elements of the workhorse´s simple heart, but mould lines are clearly visible and finer electric wiring is absent. 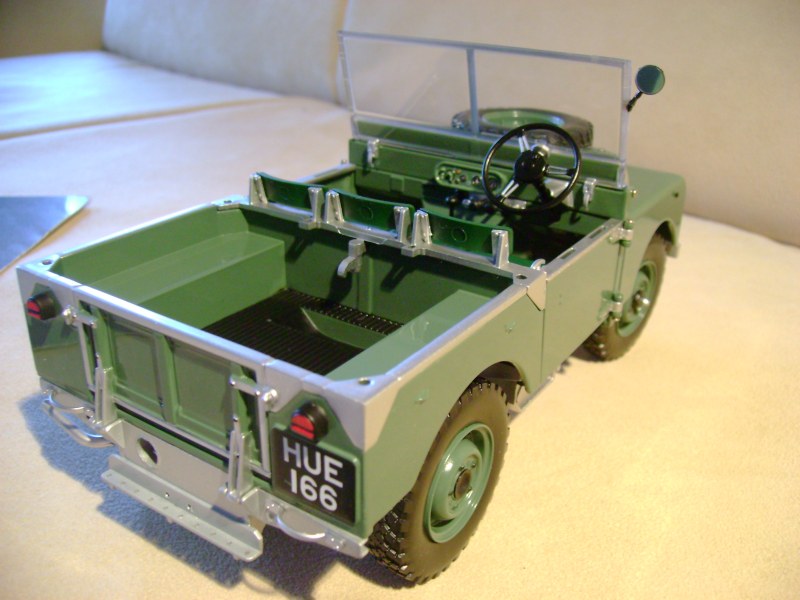 At the rear you can clearly identify the large round hole that gives access to the power take-off that made it a “mobile power plant. The Land Rover not only was a versatile go-anywhere-vehicle later utilised by world explorers, it gave its owner “power just where you want it” to use machinery where it was needed. Unfortunately, the rear lights are only painted on and the tail gate does not fold down. 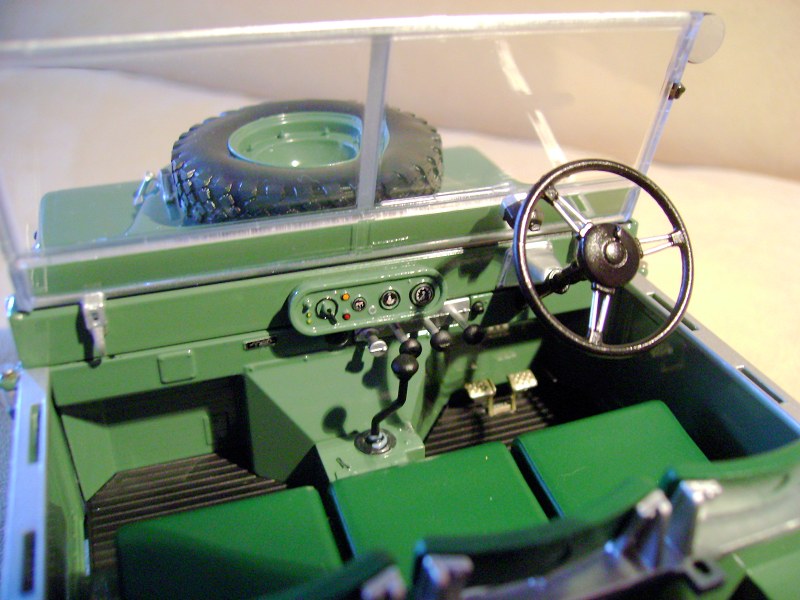 The interior is very basic too, hardly any creature comforts. The greatest detail can be found on the, err, dashboard. Its layout seems to be correct when I compare it to page 11 of the 1950 manual of the real car (www.landroverweb.com/Pdf-files/manual-series-1-land-rover.pdf) with not much to be found. There is even a light dip switch on the steering wheel. The main gear leaver is correct too, but the horizontal organ-stop-type levers seem incorrect while the red- and yellow-capped vertical levers to adjust the transmission seem to be missing. Perhaps a Land Rover Series One expert can help down in the comments.

A word of warning for collectors: Of course every manufacturer warns you against exposure to direct sunlight, but some models take direct sunlight without major consequences and some manufacturer´s windows will turn milky. Unfortunately, the Minichamps Land Rover shows signs of that. 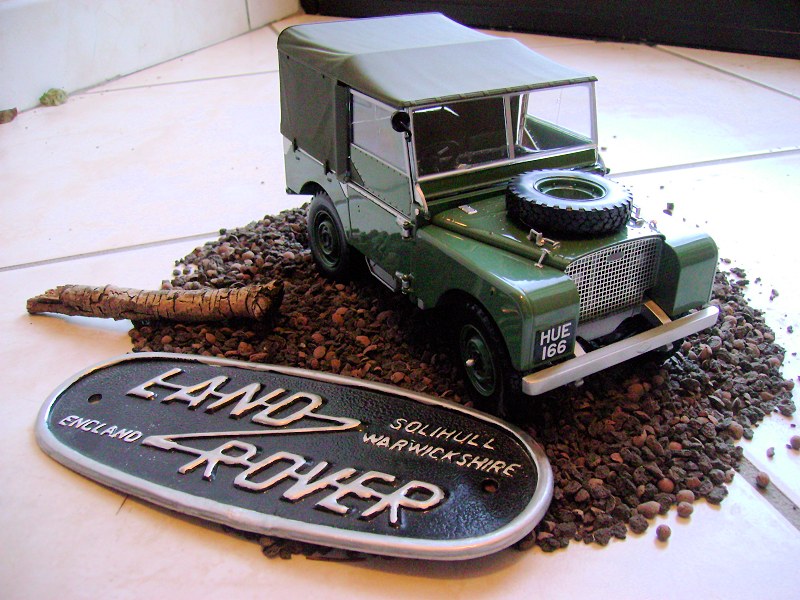 All in all, the model is a great addition to any off-road division and a real classic. I hope this review is helpful. I do apologize to Hughes for having kept him waiting for so long until I found enough time to do the necessary research during my holidays. I will turn to some of the figurines you admired in my next review. Perhaps I will do a review on figurines only, if more people are interested. 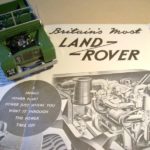 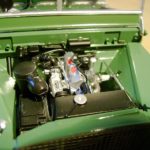