From their Artisan collection, GreenLight Collectibles latest release is the 1:18 Ford Gran Torino.  The car is based off the hit television series from the early seventies called Starsky and Hutch.  The main characters were played by Paul Michael Glaser (David Michael Starsky) and David Soul  (Kenneth “Hutch” Hutchinson).  This model is appropriately titled the “Red Chrome Edition”.  Look for it on shelves later this year. 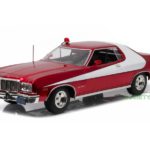 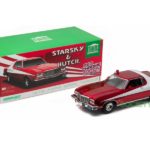 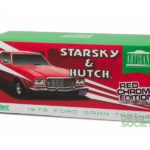