Herpa has six new pieces to share for May.  The feature finds the 1:87 Volvo FH Gl. XL box semitrailer “SFT / Phil Collins”.  Retail is suggested at 59.95 Euro.  Other new models are presented below.  Enjoy!

About the Volvo FH Gl. XL box semitrailer “SFT / Phil Collins…  “The Franconia-based forwarder Sascha Fleischmann fulfilled his lifelong dream with his Phil Collins tractor, which is also well-known by Herpa collectors. Now, the company also had a trailer designed with motifs by airbrush artist Jörg Wolke. Herpa collectors can now choose between the entire semitrailer and only the trailer, each in a matching showcase, to combine the already existing tractor with the new Trailer.” 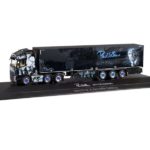 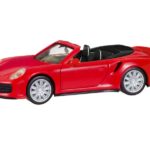 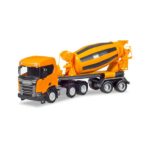 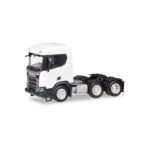 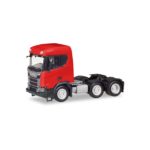