We got our hands on a sample of the AUTOart Pagani Huayra Roadster.  This one is finished in Blue Carbon Fibre, a home run compared to the alternative colour offered by AUTOart.  We were skeptical based on the initial photos and feedback from the scale model community.

If you’re aren’t in the know AUTOart has a little competition in the supercar class.  That would be LCD Models.  Though were haven’t seen their example of the Pagani Huayra Roadster in the flesh yet, we decided to purchase one just to see what all the fuss is all about.  And if you’re keeping track of the DiecastSocety.com 2020 Model of the Year, you can see the LCD Models version is performing well.  The team will do a full comparison of the two to truly determine what is the better value.

As for the model, the Blue carbon fibre exterior is truly stunning in person.  Much better than we anticipated. And to be honest that’s where the excitement ended.  Under closer inspection, the rear half of the car does show the seams where individual layers of carbon fibre are pieced together.

Fit and finish exterior side is typical AUTOart.  Gaps and shutlines are very good and all major components work to truly present a “transformer” of the model; in the fully open mode, this car is a jewel. But it not perfect, and definitely in our opinion not worthy of the price tag.  Suggested retail in Canada is $444 before tax!

So, how do we go from such high praise to baffled?  It’s little things with the Pagani Huayra Roadster that don’t hold weight.  For one the interior, it looks good from far.  But as recently discussed with a friend AUTOart interior (and we have noted this in the past) has a generic, almost manufactured look.  This is okay for the AUTOart Dodge Challenger SRT Hellcat Widebody, but something of this stature, it’s not acceptable.

The same follows suit on the motor side.  The moulded carbon fibre that houses the main block is second hand.  Even the exhaust system isn’t up to Pagani’s from a few years back.  Sorry AUTOart, you’re not getting a pass here.  If LCD Models can bring detailed interiors and motors (see review here of the McLaren 600LT); and I believe their Pagani has fully functional suspension too.  You should be just as good if not better.

Folks, we’re not saying the model is horrible, far from it.  It just doesn’t showcase the complete value as they have in years past.  For example, we just received their new AUTOart Nissan Skyline RS Turbo Super Silhouette 1982 race car.  This is a re-issue of a similar release.  Now, this is what AUTOart should stand for with every single release.  Attention to details for all elements of the model, exterior and interior-wise.  Are we asking too much?  Enjoy the pics! 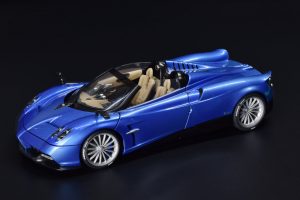 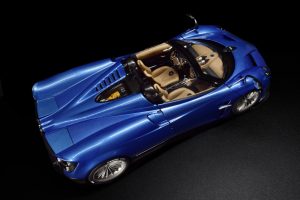 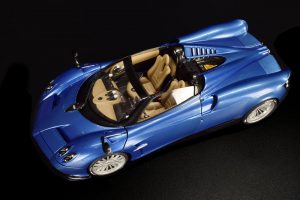 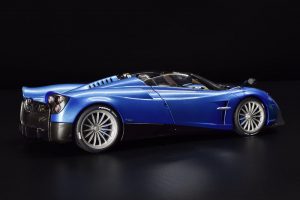 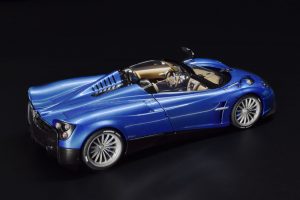 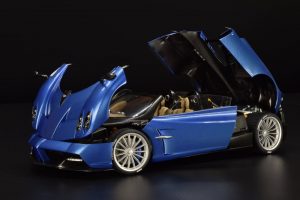 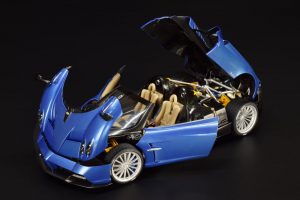 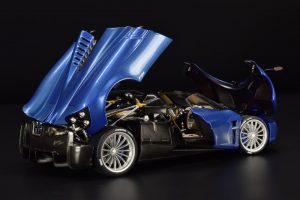 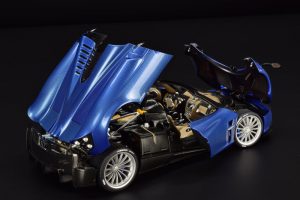 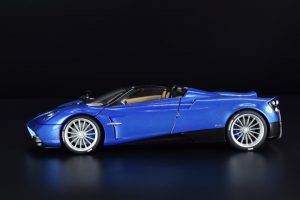 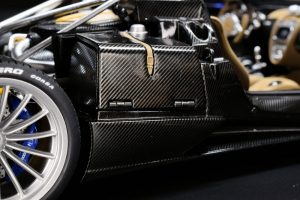 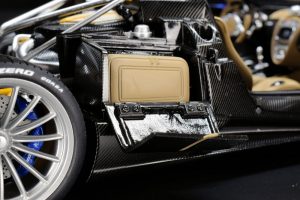 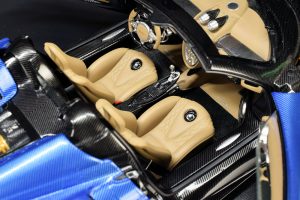 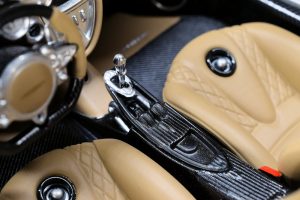 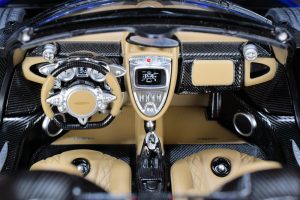 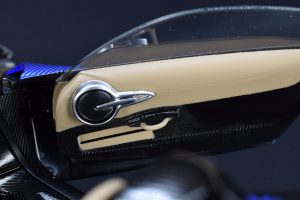 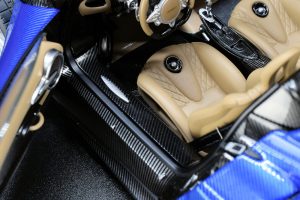 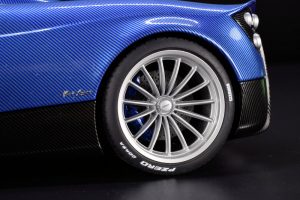 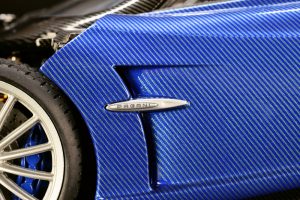 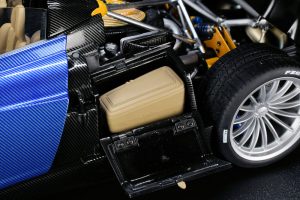 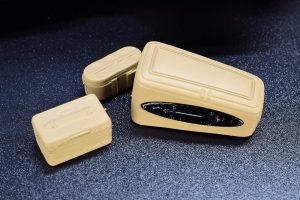 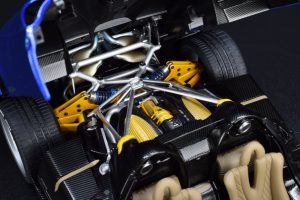 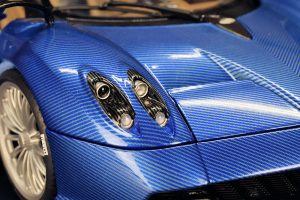 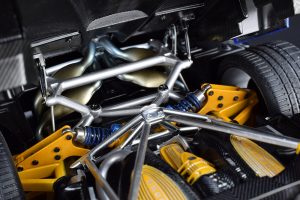 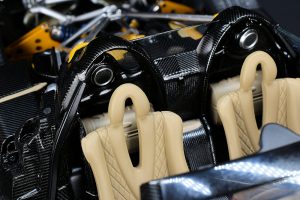 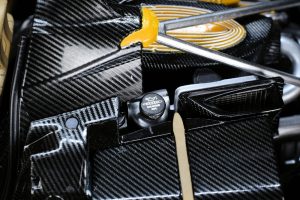 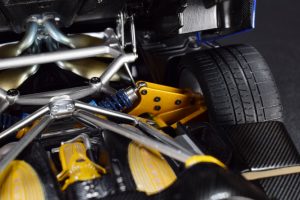 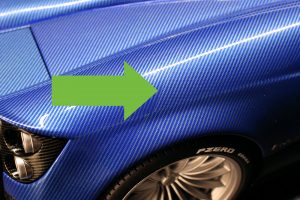 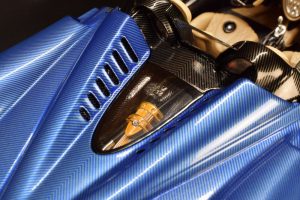