Every now and then, the research department at AUTOart wins a drinking game with the accounting department and gets to pick a model that is pretty obscure. I love seeing these models from them, because it shows that someone over there has  heart (and good tolerance for alcohol).  I don’t know about you, but I get bored with the never-ending Lamborghinis and other modern offerings. I crave for something different, and an Abarth 1000 TCR is probably as ‘different’ as it gets. I won’t bore you with the details, but the name Abarth comes from an eponymous Austrian Italian man who tricked out Fiats, because, out of the factory, the Fiat 600 packed probably around 20-30 hp. After Carlo worked his magic, they ended up developing up to 115 hp (!), such as the car we’re looking at today. 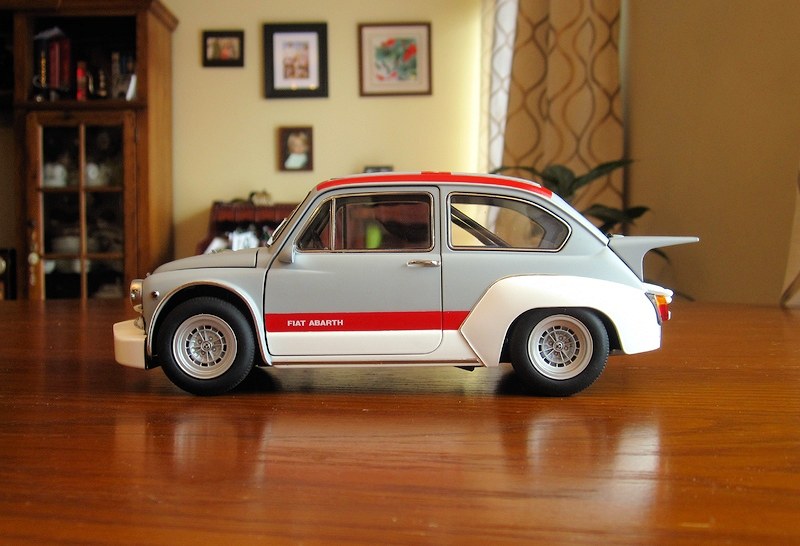 I was pretty excited to get my hands on this model. I love small cars, and drive a Mini Cooper S, so to own something like this would be a dream. Alas, it is a very unaffordable dream at the moment, so I’ll have to make do with a 1/18 version for now. It’s quite a surprise for a lot of people to learn that this model is, in fact, diecast metal, and not ABS. There is no sticker on the box telling you it’s ABS, and I tapped it to make sure, and heard a very  reassuringly metallic sound. So far, so good, then. The matte grey with red stripes was my choice, since, if you google this car, it tends to be the predominant colour combination. On the model, it looks smooth and perfect, as is usually the case with AUTOart. 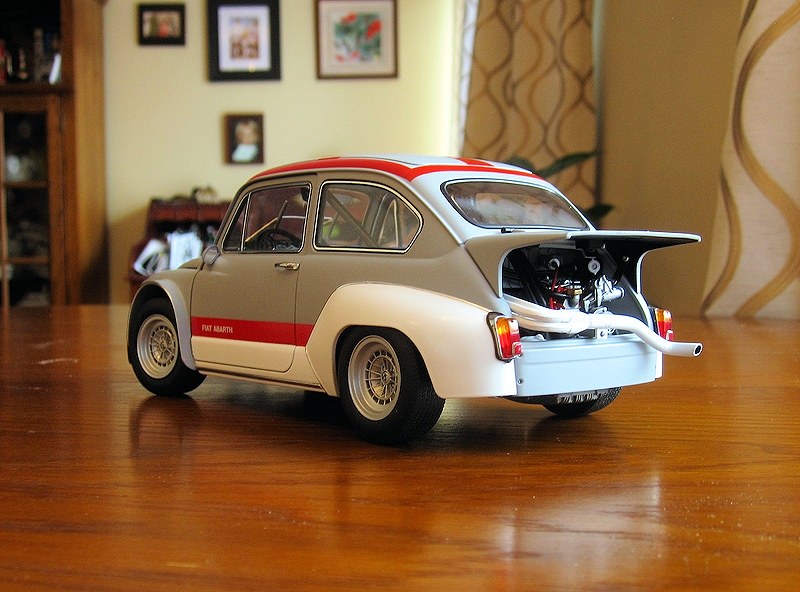 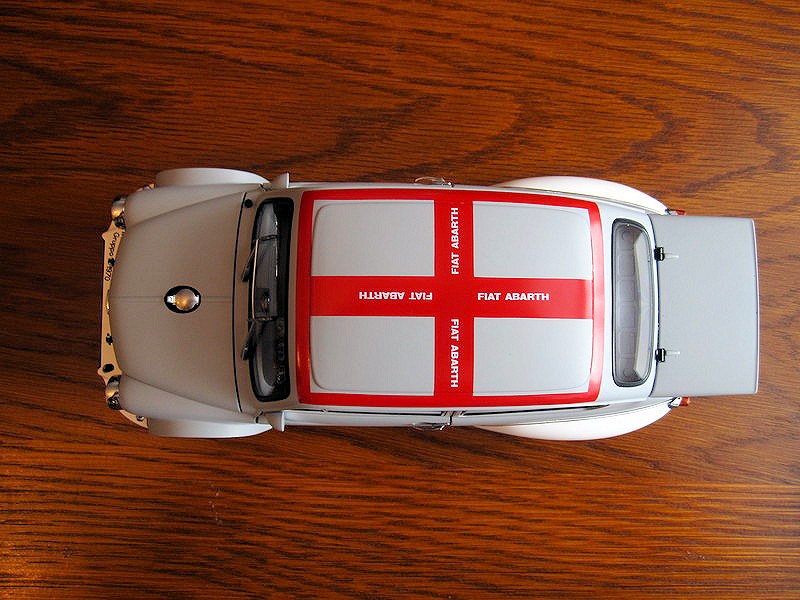 It’s very tiny and will fit comfortably into your palm. Start looking it over though, and it becomes very clear that the model is done well. The front hood and doors open. The fuel cap on the hood is not workable though. In AUTOart’s photos, the engine cover lifts up all the way. I tried this, and realized they removed two screws to do that. Ordinarily, it remains in that horizontal position, which is fine, because the engine is pretty visible. 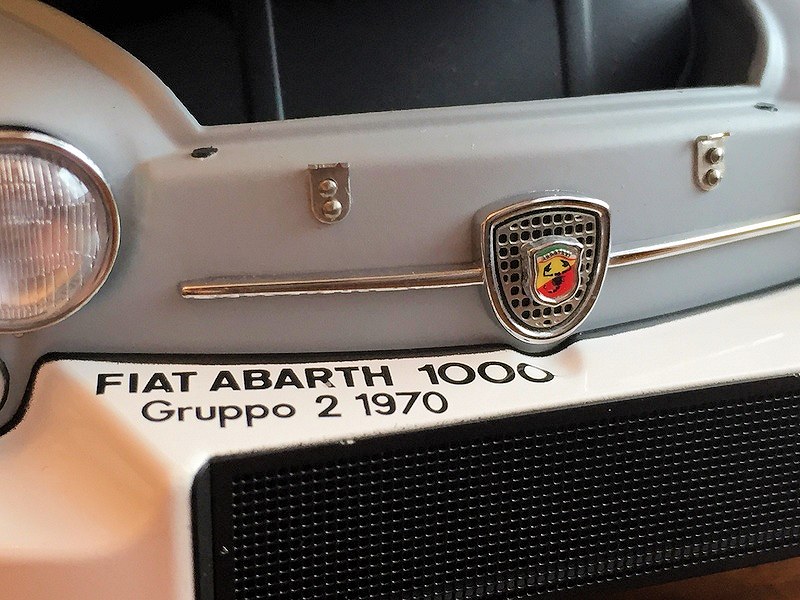 The various detailing is very well done. I like the mesh on the front bumper, and the Abarth logo on the nose looks very good indeed. I do wish the hood latches actually flipped up and down, but they’re static. The lights, front and back, are very well done. The layering and texturing there is very authentic. The wipers could have used a bit more effort, but it’s a Millenium model after all. 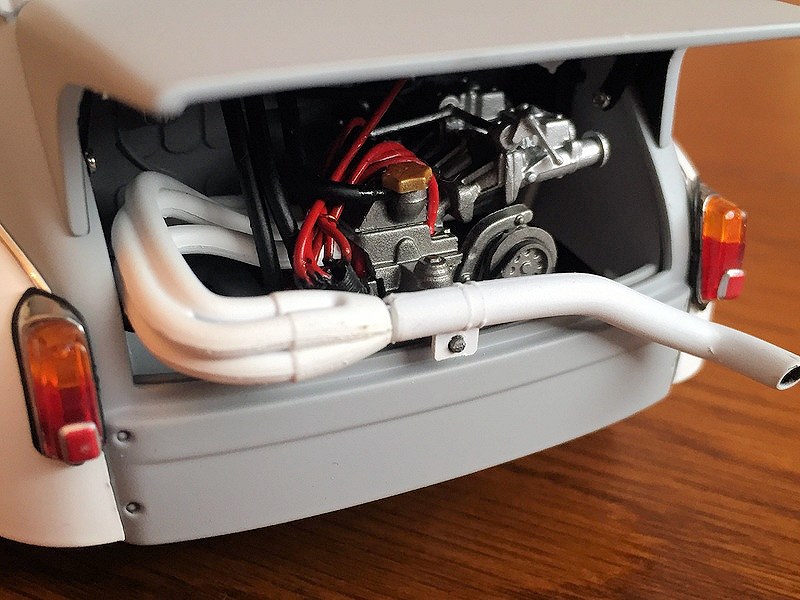 The detail under the front hood is passable. I do wish the “straps” holding the fuel tank in place were actual straps, and not merely moulded into the shape of the fuel tank.  Similar story with the engine. The carburettors have mesh painted on, instead of the real thing, but that’s expected, considering it’s just a low end Millenium. The rest of the engine is only saved by those super cool exhausts sticking out of the back. Without that, it would look like a pretty tiny and bland engine. 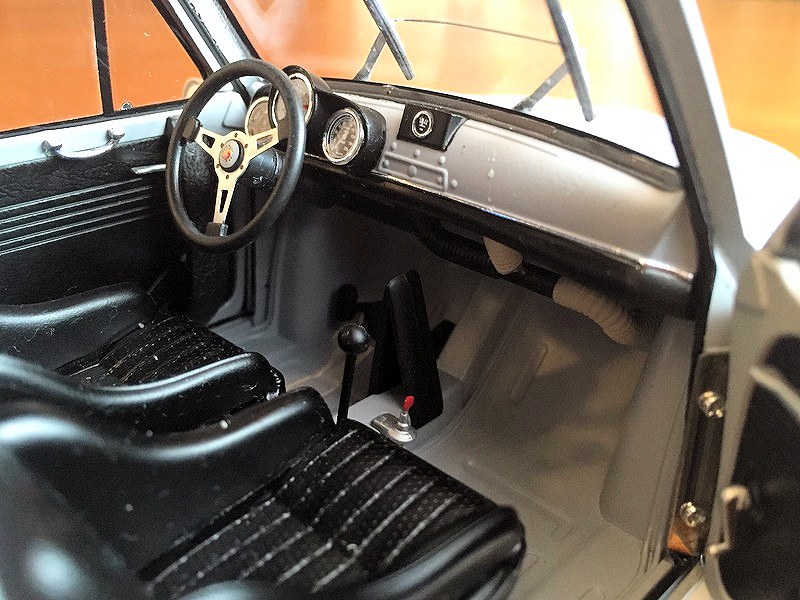 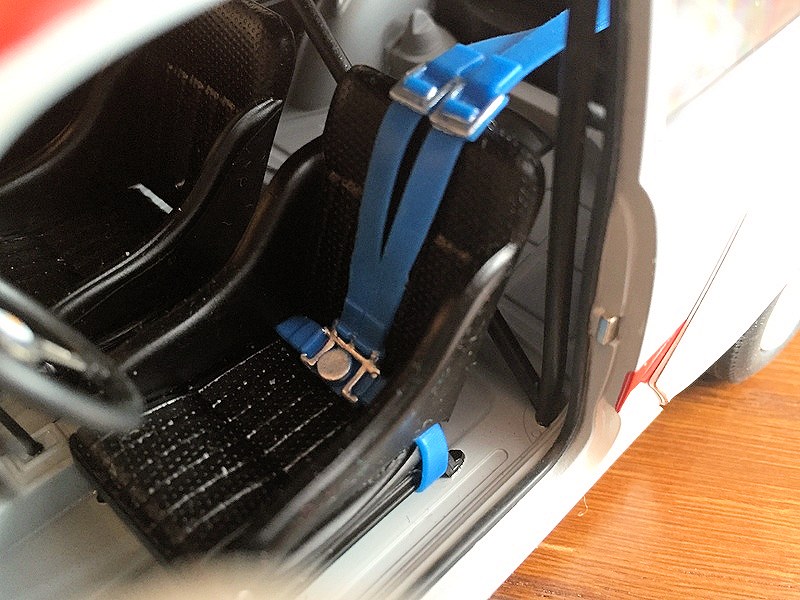 The interior is nicely done. The door card has a plastic pouch, and what I’m assuming is a leg rest sticking out. The steering wheel is a nice looking photo-etched piece. The gauges are all outlined in snazzy chrome. Interestingly enough, there is only one sun visor, which I’m sure was a weight saving measure. If you turn the model over, you’ll see a very nice gearbox casing, various plastic suspension bits and wires (yes, the wires are plastic too), and not much else. 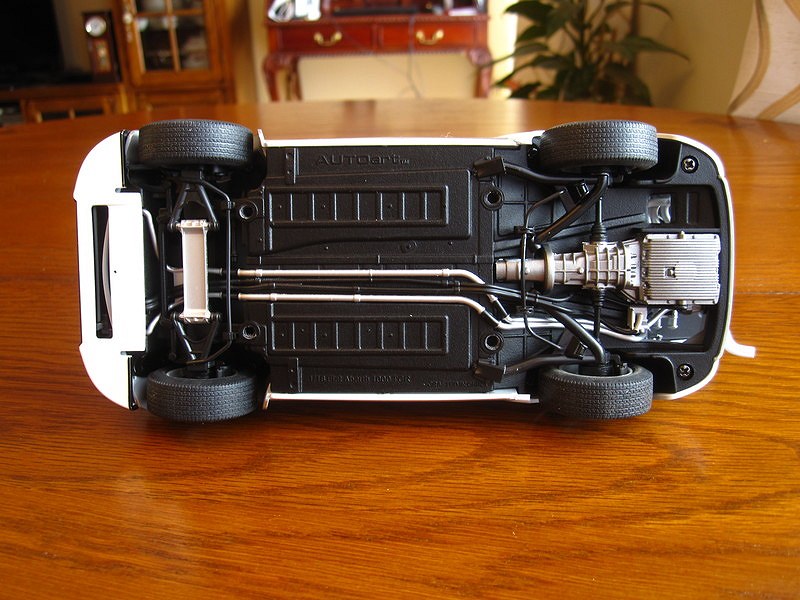 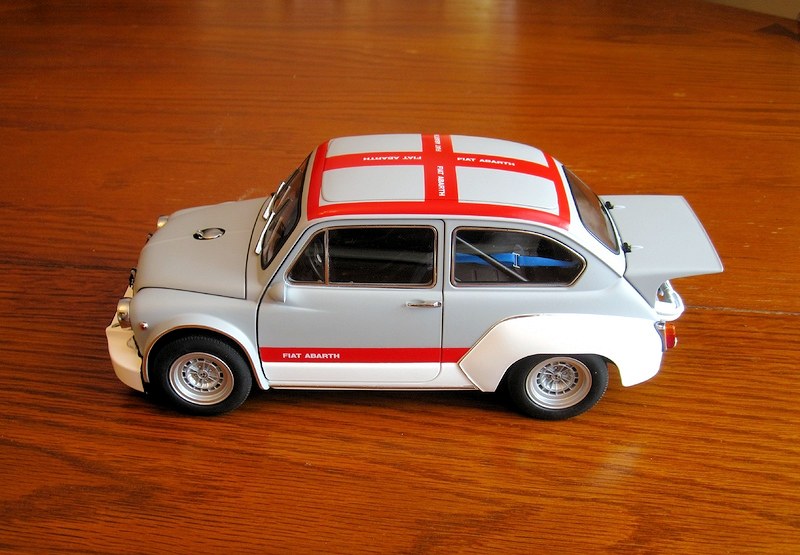 So what we have here is a model that is more than the sum of its parts. Of course, the elephant in the room is a price that makes you think “surely they mean half of that amount?!”, but I don’t like beating a dead horse with a stick and that’s what the recent price discussions make me feel like I’m doing. Like I said in the first paragraph, this is an obscure model that required an all-new mould. It definitely isn’t for everyone, which means it definitely won’t sell as well as, say, the Huracan, hence the higher price. I applaud AUTOart for making this model. It’s a breath of fresh air in a sea of modern exotics, and well worth adding. 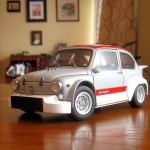 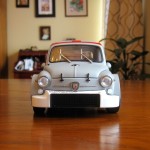 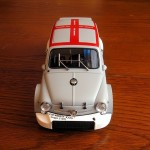 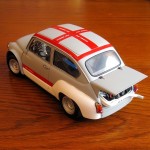 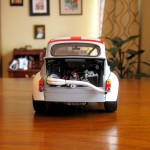 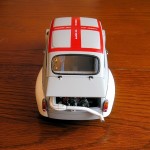 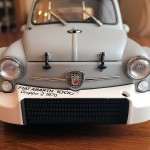 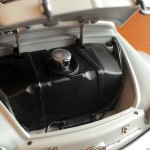 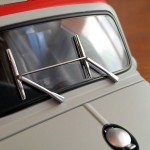 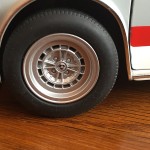 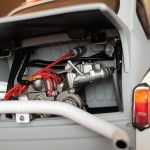 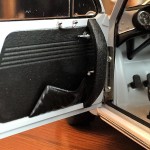 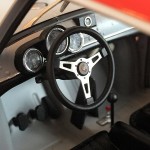 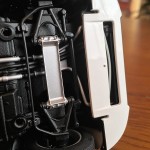 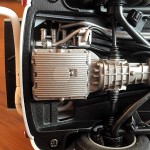