Very little from Minichamps excites me lately, but along comes a new model, the Porsche 911 (991) Turbo S. The dealer edition is a limited run of 1000 pieces. Some may ask what makes a dealer edition different. Well, for one, the limited production and a unique colour. This one is covered in factory Agate Grey. Also, different exterior packaging, and front and rear European license plates, which are usually not found on a typical equivalent hobby edition car. 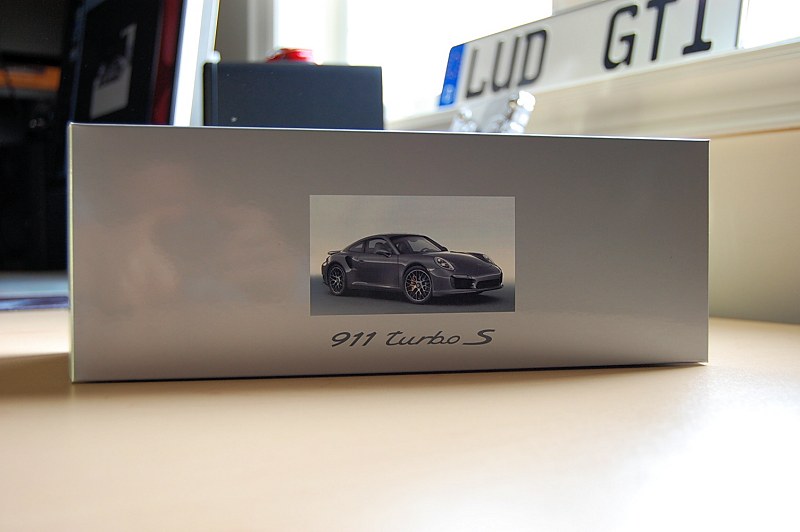 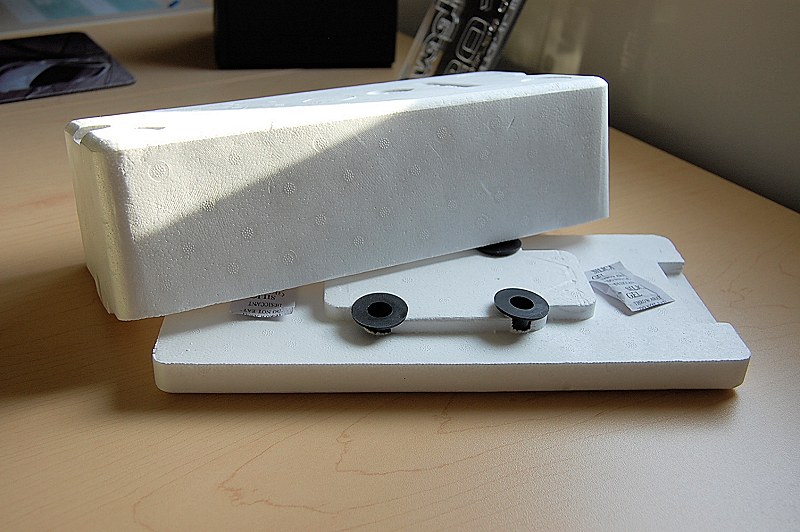 So I’ll start off with the dealer edition packaging. What we have here is a very small and compact design. The exterior is finished in sliver with the typical Porsche logo and Turbo S photo adorning one side. The bottom side features the typical factory rhetoric that many collectors are accustomed to seeing. Inside, the model is housed in a two-piece styrofoam shell with four screws securing the model in place, which I personally like and wish other manufactures would adopt as well. If anyone is interested in sourcing the model directly from your local Porsche dealership, the product number is # WAP 021 030 0E. 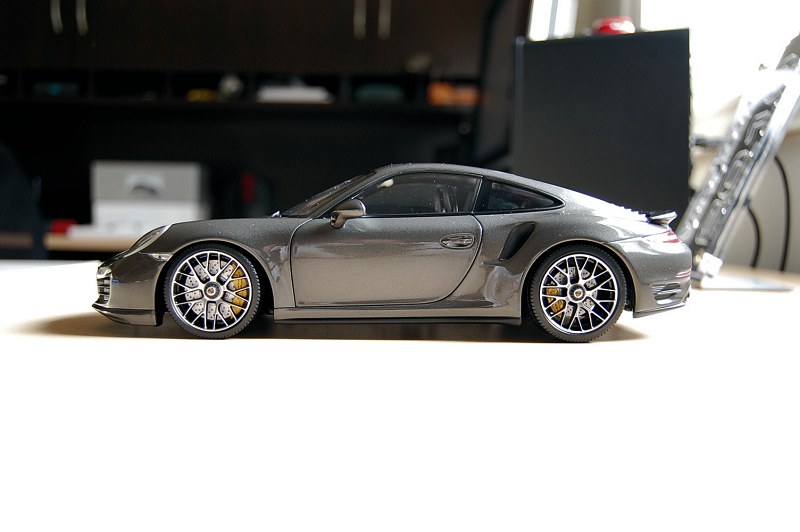 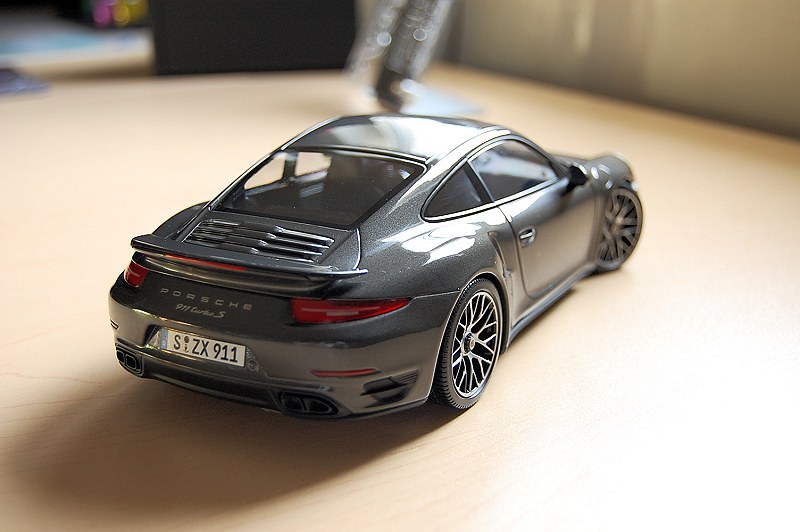 The exterior paint on this particular piece was by far the main reason for the instant attraction – the factory Agate Grey is simply delicious! Minichamps paint technique here is flawless, and lines in overall seem to mimic the original car well.  Shutlines and panel gaps are excellent. The front fascia features detailed headlights and signals. Intakes are solid plastic bits. Boo. At first glance some may accuse Minichamps of the wrong front lower chin spoiler, but this is not the case. The 991 Turbo S features an extendable lower chin spoiler, Minichamps chose the retracted position for their production model. 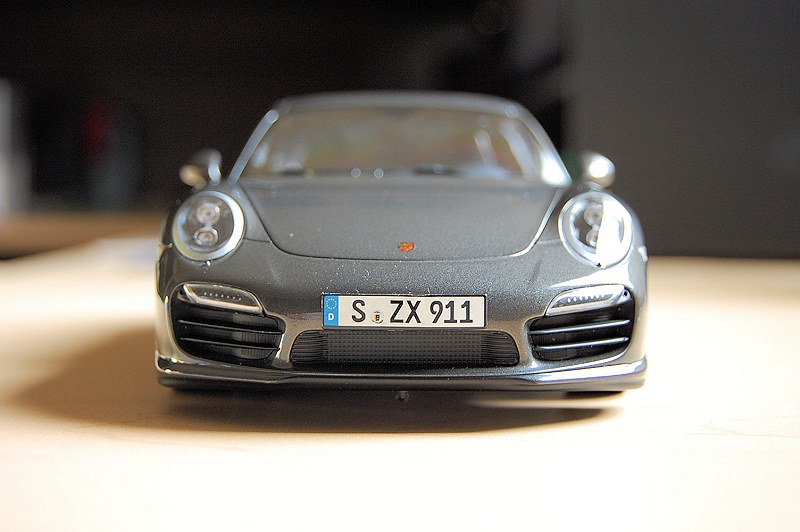 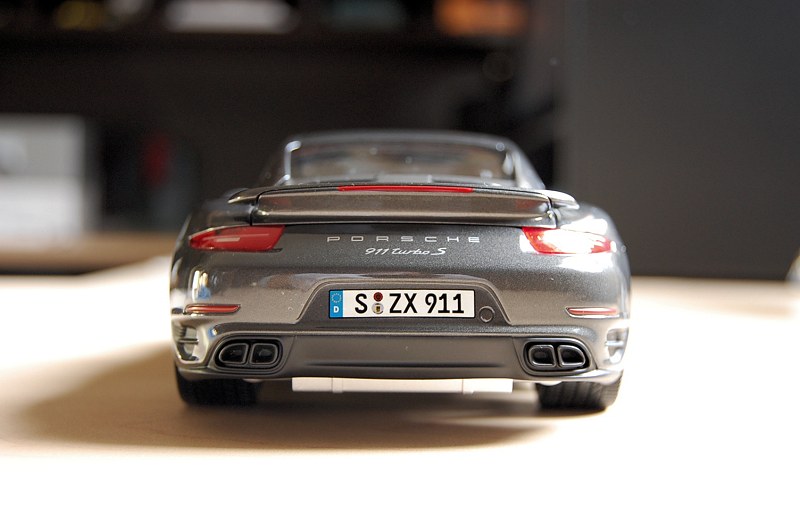 The side of the car features cooling intakes, again solid pieces painted black. Though it doesn’t look bad, some additional detail could have taken this model from good to great! Moving to the rear, you find some nicely detailed taillights and side markers. Nice clean work on the Porsche logo and Turbo lettering too. The 991 Turbo S does feature a functional upper rear spoiler but the one found here is static, though I’ll give Minichamps credit for properly defining the top and bottom portions. 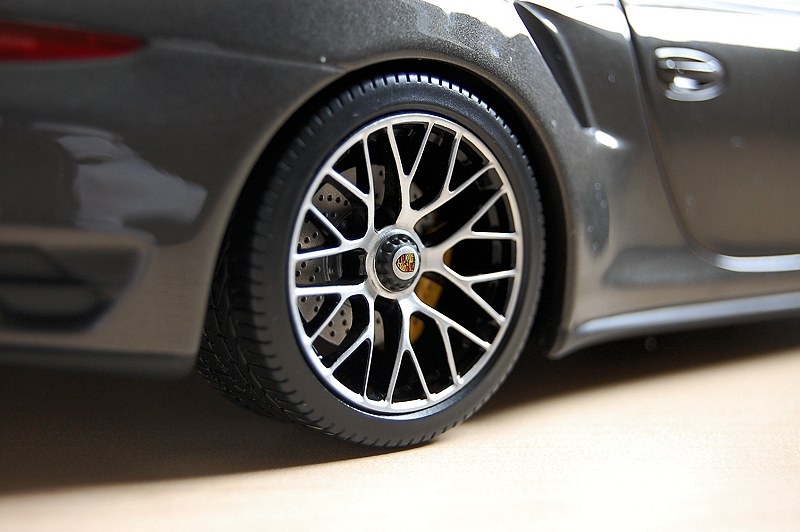 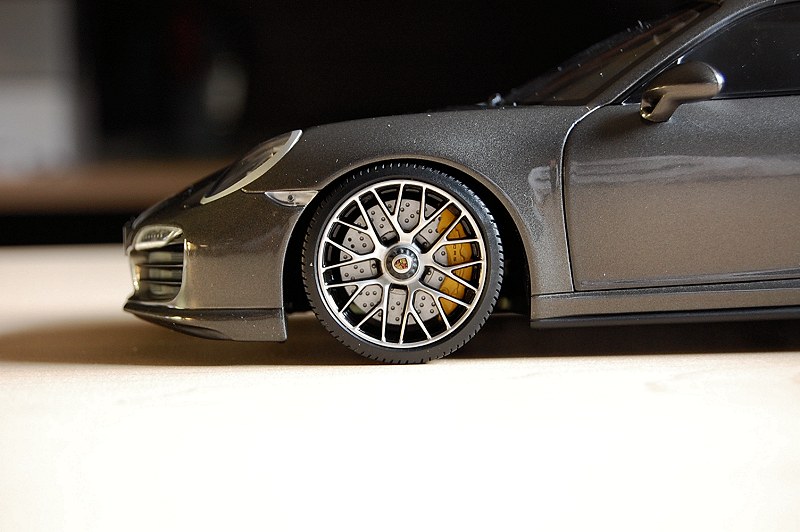 In my opinion the next best element about this model are the gorgeous hockenheim-style wheels. Props to Minichamps for using the larger diameter wheel with the Turbo S and recreating the depth of detail here. The inner spokes are painted black as the original and the wheels are mated perfectly to the yellow calipers (perfect contrast IMO) and massive cross-drilled rotors. My only complaint would be the scale of the holes used in the front rotors, which are too large and don’t match the rears. 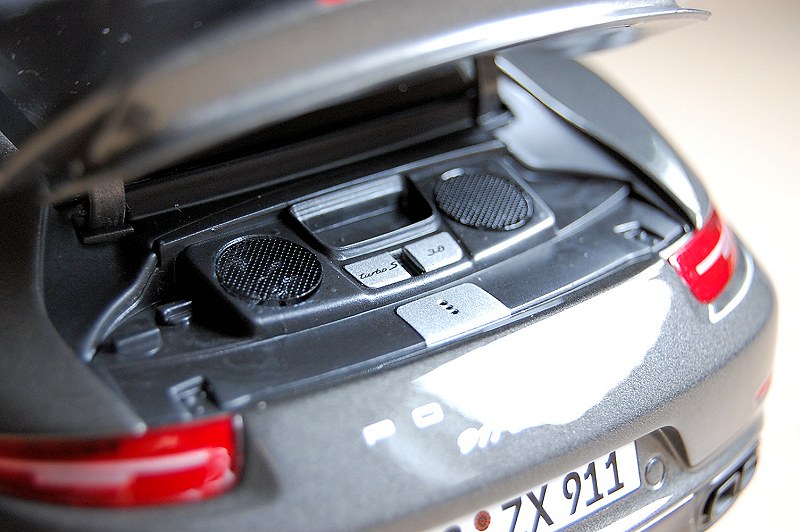 The front of the Porsche Turbo S features an opening hood. There is a button located underneath that aids in the process. Not much going on here in terms of detail or definition, just a basic plastic bit. It would have been nice to see a carpet-lined piece and proper struts for the hood. The engine details are sufficient, as the original doesn’t reveal much, though is would be nice to see updated hinge work and the fluid caps painted to match the original. Undercarriage is sparse, basic suspension components are present with lower motor and exhaust workings on display. 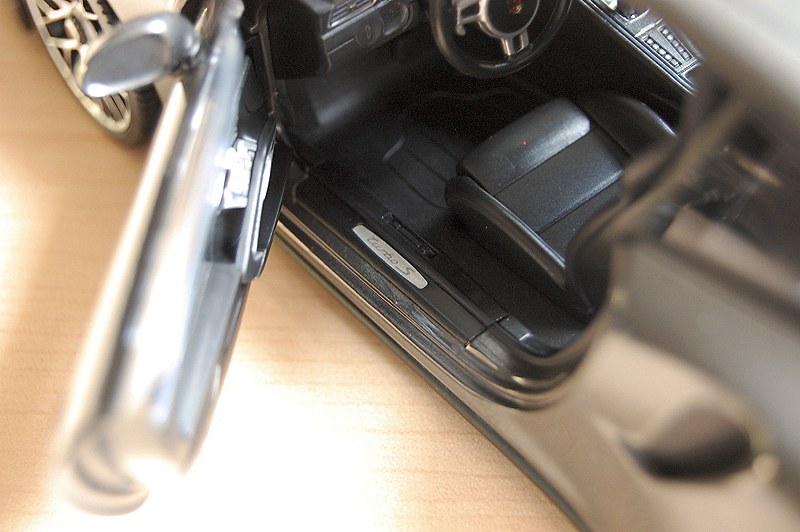 The interior, like the motor, is sufficient in terms of detail, but the biggest miss is lack of carpeting throughout. Though not a deal killer, all the elements seem to be here, but the lack of detail, overall refinement and depth are noticeable in the end. 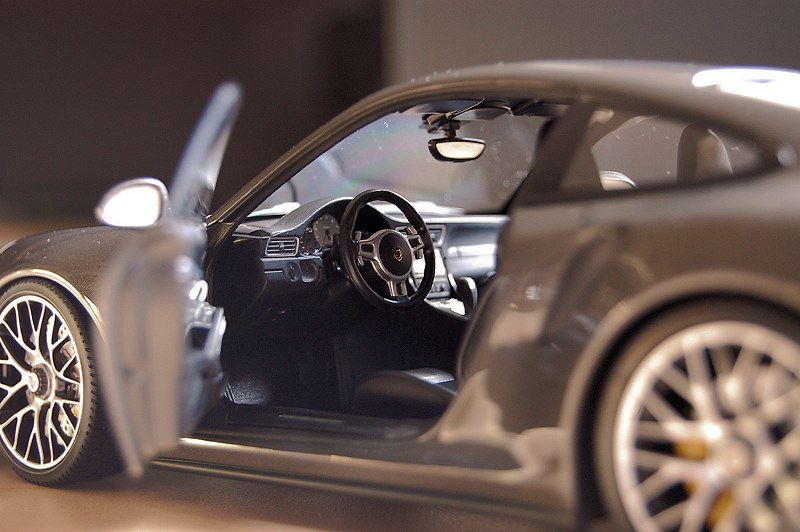 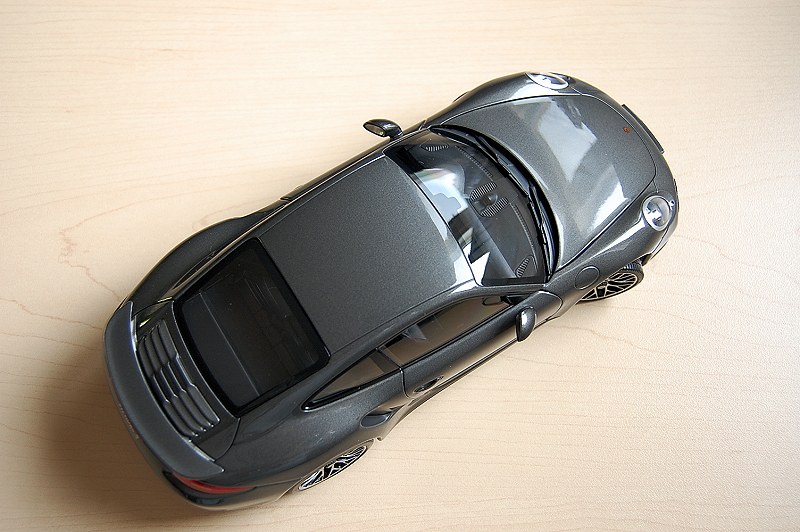 What we have here is a very decent model from Minichamps. Overlooking looking some of the shortcomings, we have a truly beautiful piece. The exterior paint and wheels are truly stunning, and provide a presence most models can only wish to deliver. I’m sure our friends at Minichamps won’t let this mold go to waste and are likely already contemplating colours for a future hobby edition version, which will  hopefully be sooner rather than later. Enjoy the pics! 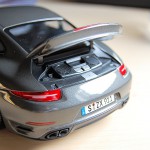 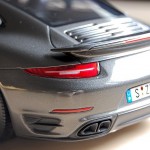 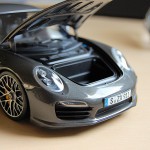 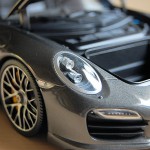 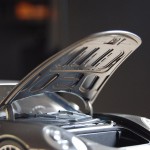 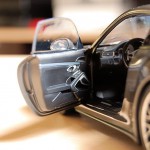 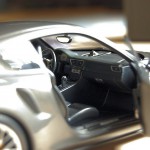 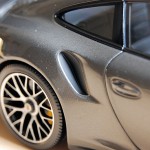 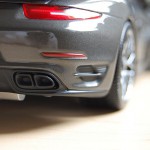 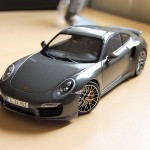 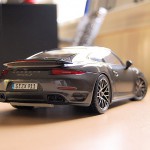 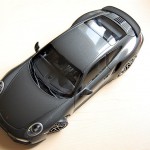 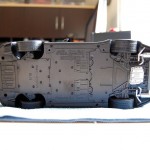 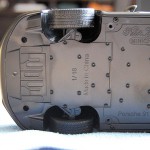 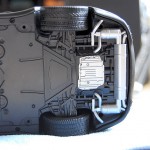 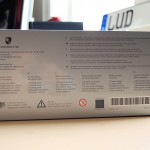